How Russian arms sales help to keep the Gulf divided

Bill Law
Selling missiles to the Qataris is not only good business for the Russians; it also allows them to meddle in the conflicted and splintered politics of the Gulf states 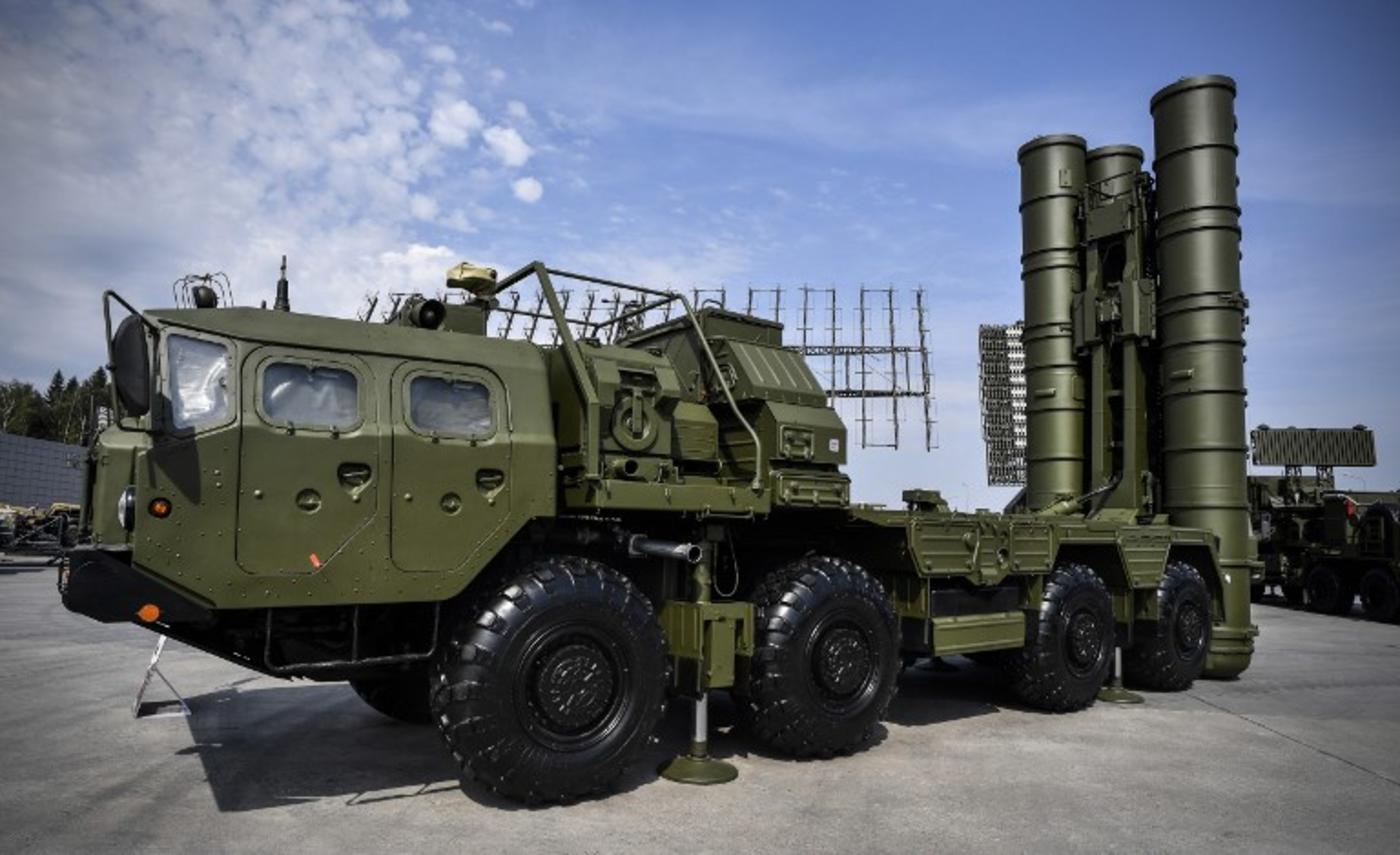 Military experts refer to the Russian-made S-400 SAM (surface-to-air missile) system as beyond compare, with one calling it "the most capable and lethal long-range air defense missile system on the planet".

Nicknamed the Growler, this portable weapons system can engage virtually any aerial target, from ballistic missiles to stealth fighter jets to unmanned aerial vehicles, at a range of up to 400 kilometres. It is simply the best. The highly touted American Patriot system doesn’t even come close.

So it is not surprising that the Russians are finding ready buyers, among them Turkey. The Turks have signed a $2.5bn deal, much to the chagrin of the US. Turkey is a key NATO member and the idea that it would reach out to the Russians has US politicians fuming, so much so that the US Senate is considering killing off a deal to sell 100 F-35 fighter jets to the Turks, as well as threatening sanctions.

A theatre for the Growler

For their part, the Turks are unimpressed by US threats: "The ‘I will impose sanctions if you buy' approach will not affect Turkey. Turkey will not accept this," responded Turkish Foreign Minister Mevlut Cavusoglu. And he brushed off entreaties from US Secretary of State Mike Pompeo, brusquely noting: "We have completed the S-400 process. That is a done deal."

In the mix in the Middle East to buy the S-400 are Egypt, Iraq and Syria, where the ongoing civil war has proved a perfect  theatre to showcase the capabilities and many qualities of the Growler. Among those most impressed by what they have seen are the Saudis. That's understandable, given rising tensions between Tehran and Riyadh as they challenge each other for regional hegemony.

In October of last year, during a visit by King Salman to Moscow, a memorandum of understanding was signed for the purchase of a number of weapons systems, including the S-400, with the understanding that it allowed for technology transfer to enable the development of a Saudi defence industry. That's a key element of the overhaul of the Saudi economy, Vision 2030, led by the king’s son, Crown Prince Mohammed bin Salman.

The Americans made no public comment at the time, perhaps because they were already mollified by the huge deal announced during President Donald Trump's visit to Riyadh in May 2017. That deal, which put a very big smile on Trump’s face, was said to be worth $350bn over 10 years to the US defence industry.

In the meantime, the Russians were far from finished with the business of selling the S-400 in the Middle East. Next up were the Qataris, who announced in late January via their ambassador to Moscow that they were well on their way to finalising an agreement to purchase the system. Speaking to Tass, ambassador Fahad bin Mohammed al-Attiyah said: "Talks about the subject are at an advanced stage."

That was enough to infuriate the Saudis, who are locked in a bitter feud with Qatar that is now over a year old. In June of last year, Saudi Arabia, together with the United Arab Emirates, Bahrain and Egypt, imposed a land, air and sea blockade, demanding that Qatar rein in its support for the Muslim Brotherhood, shutter the broadcaster Al Jazeera and surrender its independent foreign policy.

The Qataris have proved to be both defiant and resilient. Their economy has ridden out the blockade, and in the propaganda wars raging between the two sides, they are consistently getting the better of the Emiratis and the Saudis, the main protagonists within the so-called Quartet.

On 1 June, the French daily Le Monde reported that it had seen a letter sent by King Salman to President Emmanuel Macron attempting to enlist his support in pressuring Russia not to go ahead with the S-400 sale to Qatar. According to Le Monde, the king expressed "profound concern". The letter went on to threaten military action against Qatar should the sale go through.

For their part, the Qataris have been on a weapons spending spree while the blockade has gone on, including a deal with the US, announced in March, to spend nearly $200m on upgrading their existing missile defence system. So it is unclear why, in particular, the S-400 deal became the trigger point for Saudi anger.

Qatari Foreign Minister Mohammed bin Abdulrahman Al Thani said that Saudi attempts to block the deal were an attack on his country's sovereignty and noted that Qatar posed no threat to Saudi Arabia. Speaking to Al Jazeera, Al Thani commented: "Qatar is going to treat this the same way we have treated the illegal blockade, we are going to seek all the international forums to make sure that this behaviour is not repeated."

In any event, it would appear that Macron is steering well clear of involvement. Other entreaties to both Washington and London have been met with a similar diplomatic silence. It was an odd approach by the Saudis to try and get others to pressure the Russians. Why not go to them directly?

One year on, Trump remains the cause of - and solution to - the Qatar crisis
Andreas Krieg
Read More »

Well, perhaps the Saudis did just that and threatened to break off the deal. If so, the Russians would appear not in the least to have been intimidated. They know that the Saudis need the S-400 because of the Iranian threat. That’s especially true now that Trump has sabotaged the deal that constrained Iran from acquiring nuclear weapons.

Selling to the Qataris is a case of putting the cat among the pigeons. It is not only good business for the Russians; it also allows them to meddle in the conflicted and splintered politics of the Gulf states.

Helping to keep the Gulf feud burning briskly gives Russian President Vladimir Putin further leverage with Iran. Thus far, it is the Iranians who are the only winners in the feud. They have watched without so much as lifting a finger as the Gulf Cooperation Council has split itself apart when it ought to, among other things, be functioning as a military alliance against external threats. So chalk up another win for Putin.

Putin has saved Syrian President Bashar al-Assad from sure defeat while supporting Iran’s intervention and ambitions in Syria, and at the same time, has managed to sell billions of dollars of weapons to their Gulf enemies. In the process, he has immensely enhanced Russia's presence in the region. The icing on the cake, the sheer brilliance of selling the S-400 to Qatar, means that he continues to divide and thrive.

Lost in all the clever manoeuvres, all the wheeling and dealing and the multibillion-dollar arms sales, is the thought that the most sophisticated weapons the market can offer and that money can buy are pouring in at an unprecedented rate to a region that has all the signs of fast-tracking to a major war with global consequences. 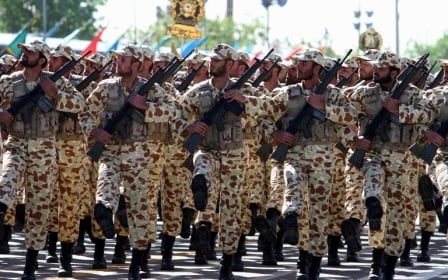 Syria War
Russia wants Iran out of Syria. Iranians aren't so happy about that 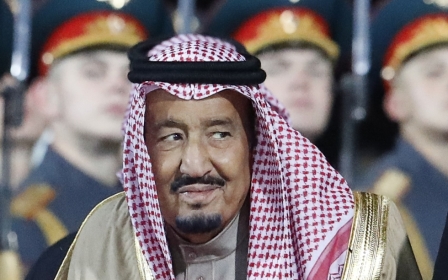