How to stabilise Libya if Haftar won’t play ball

Mattia Toaldo
A final deal in Libya is impossible without Haftar, but so is one under the conditions he’s demanding. A way round must be found 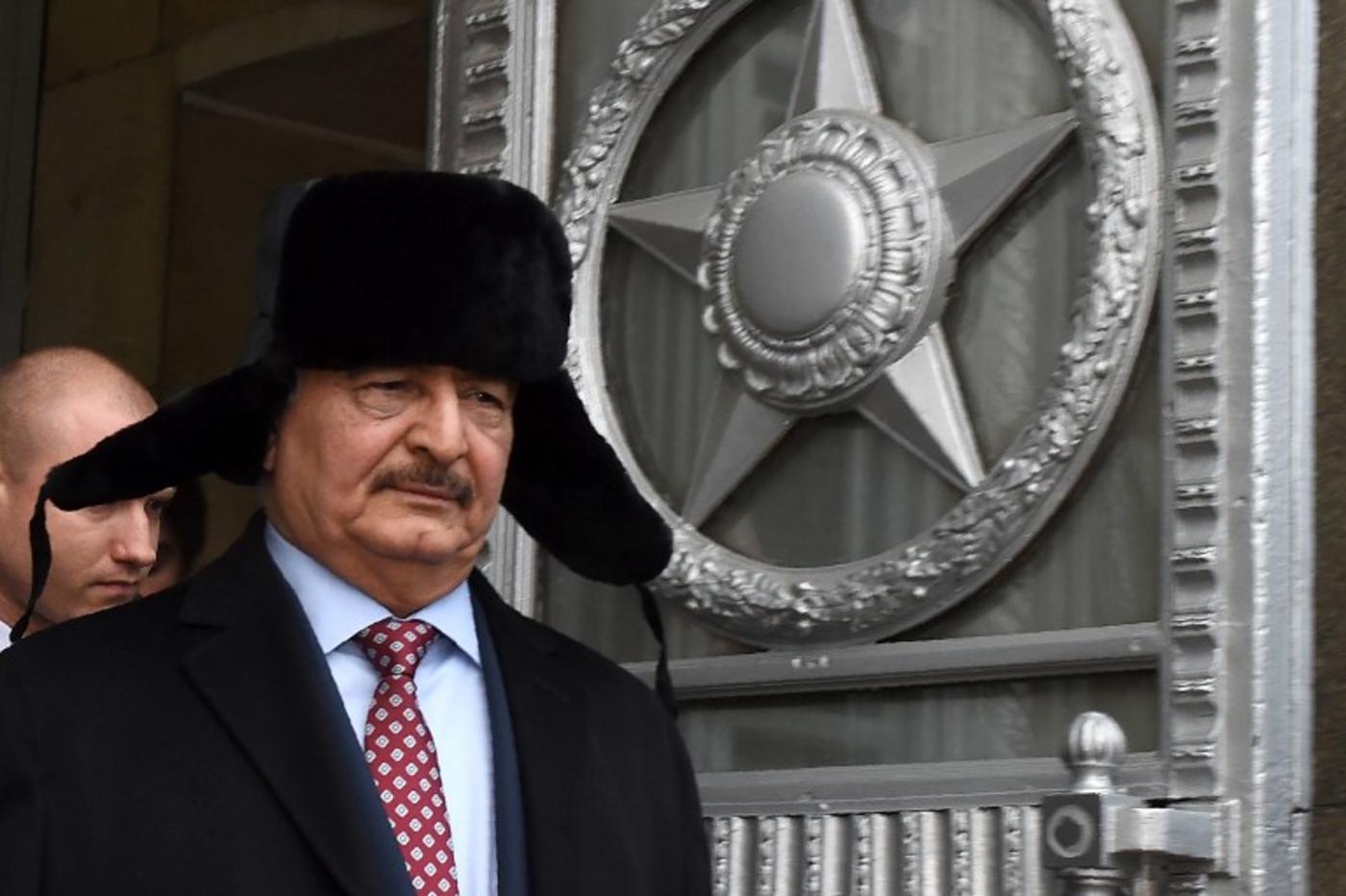 “There is no deal without Haftar,” European and Arab foreign ministers have been saying since last spring.

And so, for more than a year, there have been attempts to include the general in some kind of power structure. But none of these seem to stand much chance of success anytime soon.

A political process including Haftar can be achieved in the long term, but Libya needs a plan right now to make things work and avoid any further escalation.

The challenge is achieving this stabilisation - meaning a decent life for most Libyans and a relative absence of conflict – without fully pacifying Haftar whose demands are incompatible with those of most other political and military actors.

To this end, countries that are interested in helping Libya de-escalate as soon as possible should seize several political and security opportunities available right now.

This doesn’t mean Libya doesn’t need international negotiations. The main institutions created by the UN-backed Libyan Political Agreement, the Presidency Council (PC) and the Government of National Accord, are either split and deadlocked or lack broad legitimacy.

The delivery of public services and the cash crisis have worsened while the country is still divided between three rival governments.

How Libya's oil smugglers are bleeding country of cash

Alongside Fayez al-Sarraj's Presidency Council, there is the “Interim Government” of Abdullah Thinni close to the presidency of the House of Representatives (and to Haftar) in the east. And there is the rising National Salvation Government led by Khalifa Ghwell which represents the radical anti-Haftar elements in Tripoli, close to the Mufti Sadiq al-Gharyani.

None of them enjoy particular popularity.

Meanwhile, the situation on the ground is marred by dangers of escalation between the two strongest armed groups, Haftar’s Libyan National Army and the militias from Misrata.

In Tripoli, there is also increasing anarchy in areas where Ghwell’s group coexists with the newly formed National Guard and a militia syndicate that nominally supports Sarraj.

Fighting between the groups in the capital has become more frequent in recent months while Haftar and the Misratans have clashed several times since December along a loose frontline that stretches from Sebha in the southwest to Jufra and Hun south of Sirte. These clashes are the first in more than two years and could easily spin out of control.

Trying to get Haftar into the agreement

To end this dangerous stalemate, the international community is trying to arrange a meeting between Sarraj and Haftar in order to reach an agreement that would bring the latter into the national unity government.

During all of 2016, a group of US, French, British, Egyptian, Emirati and Italian officials met regularly to come up with a solution to no avail.

In November, Haftar rejected a generous American proposal that would have made him Libya’s top security official.

Last week, the  Egyptians failed to convince Haftar to meet with Sarraj in Cairo and it is unlikely that the upcoming summit between Algerian, Tunisian and Egyptian presidents will bring any breakthrough.

One problem: Haftar has made it known both publicly and privately that he does not think this is the time for a deal with Sarraj.

Libyan politician Belhaj: Haftar has 'no chance' of ruling country

Most importantly, Haftar is avoiding compromise because he thinks that the military – which he clearly thinks he should command – must be “independent” from civilian oversight, not subject to it.

But the international plans put on the table so far and the proposal that Sarraj brought to Cairo all aim to include Haftar in a system where civilians would have oversight.

This is a fact unlikely to change: western Libya, let alone other forces, would not accept a capitulation in which Haftar is essentially left in charge of the country.

Is Haftar really a strongman?

Haftar thinks it is only a matter of time before he will replicate in Tripoli what he did in the Oil Crescent in September: an almost bloodless takeover based on tribal alliances. He believes that he has the Russians and the Trump administration on his side.

But Haftar is miscalculating the strength of both his domestic forces and his international support. Domestically, his real military forces are almost exclusively around Benghazi in the east and with a few more in the south.

His attempts to involve Zintan in the takeover of Tripoli have met with rejection from Zintan’s military council in December. In the southwest, he faces hostility or diffidence from a vast spectrum of forces including the Tuaregs and parts of the Tebus and Arab tribes.

So, at the moment, Haftar has no clear path to victory in western Libya, nor in the south.

Internationally, the Russians are more interested in brokering a political deal and demonstrating that they have succeeded where the West has failed, as their propaganda says.

As for Trump, in private conversations with those close to Haftar, members of his administration have made it known that they need a civilian interlocutor in eastern Libya and it is unclear whether Libya will be a White House priority at all.

Western policy makers should not fall under the same delusion of Haftar’s strength that he himself has: if they decide to back a strongman, they should first check that he’s really as strong as he says.

Europeans should also carefully assess if Sarraj is the best interlocutor for this dialogue. Could it be carried out instead in a broader set-up that includes leaders of major armed groups? Even then, building a functioning security track which gets Haftar’s buy-in will be a daunting task.

Ultimately, everyone has been saying that “there is no deal in Libya without Haftar”, but it is increasingly true that it is hard to have a deal under Haftar’s conditions.

While a political deal is sorted in the longer term, international powers have to look for a more immediate plan to make sure Libya's anarchy and humanitarian crisis doesn't deepen.

With this in mind, Europeans should coordinate more closely with Algeria and Tunisia, the two regional powers most interested in avoiding escalation in Libya, while clarifying with - but not antagonising - Egypt about whether it will forgo its red lines about the inclusion of Islamists to broker a deal.

Russia’s willingness to work on Libya’s stability should be taken at face value, but any deviation from that should be immediately pushed back, specifically by enforcing, not relaxing, the arms embargo.

Finally, the best option for European is to treat the US and its policy with benign neglect while waiting for less ideological components of Trump’s administration to get the upper hand.

The strategy of this international coalition should focus on supporting two positive movements among different Libyan actors.

First, there is slow but increasing cooperation between anti-Islamist and Islamist politicians. They could be encouraged to form a government in charge of running the country while the political process is deadlocked.

This breakthrough could be developed further to deal with problems that cannot wait on the Haftar question to be solved, like the liquidity crisis, the collapse of public services, needed support for municipalities and the reconstruction of Sirte and Benghazi.

Secondly, while a deal between Misrata and Haftar is rather complicated and realistically can only end with de-escalation at best, internationals should support the rapprochement between Zintan and Misrata.

Going on for several months now, this reconciliation should be expanded to armed groups from southwest Libya to broaden existing local ceasefires. Further, internationals should start working on building local police forces and the reconversion of existing armed groups.

This is of course not the ultimate solution to all of Libya’s woes but it would be a good strategy to focus on what works and not on what sounds grandiose – or strong.

Photo: Haftar leaves the main building of Russia's Foreign Ministry after a meeting with Russian Minister of Foreign Affairs in Moscow on 29 November 2016 (AFP) 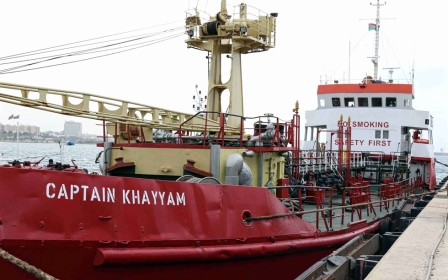