Ahmed Meiloud
If IS remains free to choose its battlefield and employ its preferred tactics, capturing cities like Baghdad and Damascus will be viable 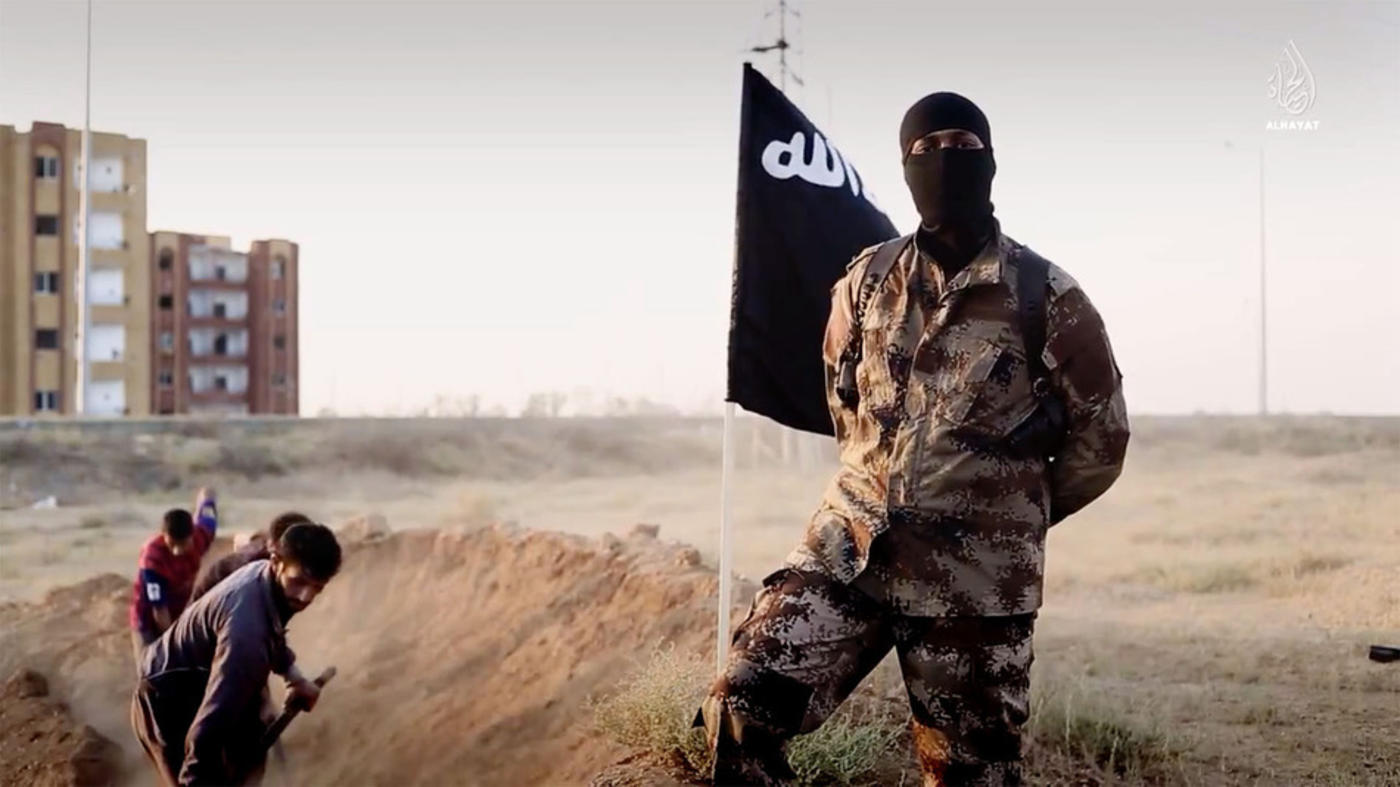 It has almost been a year since the rise of the Islamic State (IS) group last June. Since then an international coalition has been formed to defeat IS. This US-led coalition has all the material requirements of success. It has complete air superiority - the enemy has no air power and no air defence of any significance. The coalition also has an assortment of actors on the ground.

In Iraq, the coalition enjoys the support of the Iraqi army (US-trained and equipped), various Iranian-backed Shia militias, and the Peshmerga. In Syria, it relies on various Syrian groups, and the Kurdish PKK (Kurdistan Workers’ Party) and YPG (People’s Protection Units). Indirectly, the coalition benefits from the activities of the Syrian army, such as the aerial raids against IS’s targets, especially in and around Dir al-Zur. Yet with all these forces combined, the coalition can only boast of small victories, such as the takeover of the still-contested town of Tikrit, and Kurdish advancements in areas adjacent to Sinjar. Even the most symbolic example of the coalition’s victories, such as the recapture of Kobani, came at a great cost. The scale of destruction in Kobani speaks for itself.

The irony is that the coalition’s major achievement is not in the number of villages and towns it helped liberate, but rather the number of towns and cities it prevented from falling to IS. The fall of Baghdad didn’t seem unthinkable last summer, and Erbil was only hours away from being encircled by IS. For now both towns appear safe. And the swift US intervention was indeed the reason.

But even these achievements remain reversible, and recent fighting in the Anbar and at the Beiji oil refinery are reminders of the fragility of the Iraqi army and the tenacity of IS. These facts also demonstrate the optimistic, if not illusory, nature of the maps released recently by the US Department of Defense (DOD), claiming that IS is steadily losing territory.

Although IS has indeed lost some territory and hundreds, if not thousands, of its soldiers, its ability and appetite to open new fronts and to inflict heavy losses on its enemies has not been curtailed. The central objective of defeating IS remains uncertain, and no one speaks anymore of IS’s quick collapse.

Given all the odds against the nascent state, it is worth asking how has IS managed to survive, and why have the results of the combined aerial bombings and ground forces working with the coalition against IS been dismal?

To answer this question one must evaluate the two sides’ tactics, morale and commitment to the war.

In war, two elements are extremely critical: intelligence and surprise. The two components are very interrelated. The more one side knows about its adversary, the better it is able to determine which type of resources to deploy and how. This very knowledge is also vital in determining when and where to surprise the enemy.

It has been clear from the beginning of the war that IS has both these elements on its side. In contrast, its opponents - despite aerial superiority and numerical advantage on the ground - appear to lack both. Before the war started, IS had not only predicted the US intervention but also provoked the US to precipitate it.

IS’s central intelligence weakness regarding the US intervention was about the narrow timeline in which airstrikes would begin and their geographical scope, not about whether they were coming. Hence, IS’s goal was to narrow the time frame and the geographical zone in which American strikes would take place.

IS’s attacks on Kurdish areas in Iraq and Syria precipitated these strikes and to some extent limited them. After the Kurds retook Kobani, IS’s spokesperson, Muhammad al-Adnani, opined that the battle in Kobani absorbed 70 percent of the coalition’s daily strikes. Whether that figure was accurate is secondary to the fact that Kobani did in fact receive the bulk of the aerial raids despite its small size and marginal location. The military wisdom was that IS was self-destructing by investing too much in the city.

But the ability of IS to continue to fight effectively after the recapture of Kobani suggests that its mission in the city was more than just a self-destructive move on the part of drug-crazed lunatics.

While the fighting raged last fall around Kobani, IS was solidifying its gains elsewhere, and more importantly, securing the time to build its institutions in Mosul and Raqqa, with minimum disturbance as the war raged far on the frontiers. IS’s videos continue to show massive meetings between IS outreach officers and tribal leaders in Syria and Iraq wherein the latter pledge allegiance to al-Baghdadi.

While this alliance-building and converts-winning strategy proceeded in earnest, the advance toward Erbil kept the coalition’s eyes focused on the Kurdish areas. IS’s attacks on Iraqi checkpoints were carried out with relative ease and minimal challenge from the air.

The progress of the war clearly demonstrates that IS was prepared for a prolonged war with not simply its neighbours, but with the US as well. That preparation is clear in the tactics it has adopted since. To minimise the impact of the aerial bombing and to wisely use its ammunition, IS has relied on small mobile units, which either attract little attention from the air or seem a wasteful use of the expensive aerial surveillance and aerial ammunitions deployed by the coalition to the battlefield.

However, to compensate for this shortage on the battlefield, IS has made sure that these small units are lethal. They only attack targets which have been thoroughly surveyed from the ground by collaborators or from the air by IS’s cheap drones, and sometimes by both. This gives IS’s fighters a clear view of the theatre of action and minimises unwanted surprises. However, for Iraqi soldiers and Kurdish fighters, IS’s attacks feature speed, severity and surprise. To ensure the surprise element and reduce the visibility of aerial reconnaissance, IS often takes advantage of bad weather.

But IS also selects its targets carefully. To support its major offensives on key urban centres, which requires committing considerable time and resources and exposing its military assets to aerial raids, IS often attacks the far-flung posts, which, although exposed and vulnerable, tend to have considerable stocks of weapons to in theory help their defenders stand their ground until reinforcements arrive from urban centres. This allows IS not only to obtain more weapons, but also to cut supply roads and secure border crossings to generate cash by imposing fines and levies on the movement of people and goods.

Furthermore, these attacks provide a steady source of propagandistic materials, which enable IS to uphold its image as a lethal adversary who could be anywhere at any time. The effects of these attacks on the morale of IS’s enemies is - judging by the massive desertion of the battlefield by Iraqi and Syrian soldiers - quite deleterious. When those defending major urban centres see or hear the lethal impact of IS’s hybrid war - suicide bombers driving tons of explosives, frontline stormers racing to certain death and contentious shelling from speeding pick up trucks, mortar squads and occasionally heavy artillery, all acting in a demonic unison - their resolve breaks.

Recently, the US DOD noted that IS now carries out mostly small “harassment” attacks, a fact DOD interpreted as a sign of its IS’s weakening. DOD is correct that IS relies on small attacks, but DOD’s assessment of the reasons and objective are quite flawed. IS is not unable to carry out large-scale attacks: IS knows they are of little significance and quite risky given the complete American dominance of the air. The small attacks, which DOD deemed to have only propagandistic value, have lethal accumulative psychological and military effects. Not only do these attacks on isolated border posts and checkpoints on main roads create a sense of insecurity throughout the country, but they also keep these posts in a constant state of alert. This forces governments to disperse resources on a wider scale, thus limiting the ability to concentrate resources in one area to win a major battle against IS.

These attacks also force these actors to remain on the defensive. IS has so far had little to fear of a surprise attack from the Peshmarga and far less so from the Iraqi army. The lethargic and public nature of military efforts by any of these parties give IS ample time to decide the tactics necessary to defend a given area from an impending attack, including relying on asymmetric tactics, deploying small units with the more manageable goal of obstructing and prolonging, rather than defeating the assault. This contributes to the larger strategy of attrition and psychological warfare for which these swift and deadly attacks is a key feature.

The recent fall of Ramadi and Palmyra to IS is the fruit of this small-attacks tactic. When the supply roads are cut off, when soldiers in urban centres are engaged in a protracted asymmetric warfare, kept on the defensive for a prolonged period and forced to fight side battles not of their choosing and quite unlike anything they have been trained to deal with, a final, and slightly bigger push is enough to crush whatever resolve these soldiers still have. If IS continues to enjoy the freedom of choosing its battlefield, employing the tactics it knows best, without being forced to commit a large contingent of its soldiers or hardware to any specific location, IS will not only survive, but its ultimate capture of other urban centres, such as Baghdad and Damascus will be viable, if not inevitable.

- Ahmed Meiloud is a PhD student at the School of Middle Eastern and North African Studies at the University of Arizona. His research interests include studying the various movements of political Islam across the Arab World, with special focus on the works of the thinkers, jurists and public intellectuals who shape the moderate strands of Islamism

Photo: A fighter is shown standing in front of an ISIS flag in the "Flames of War" propaganda video (YouTube). 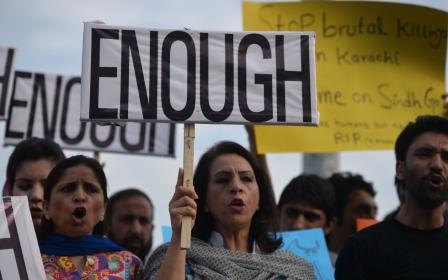