Middle East Eye speaks with Zainab Bangura, the UN envoy on sexual violence in conflict, about the latest IS crimes 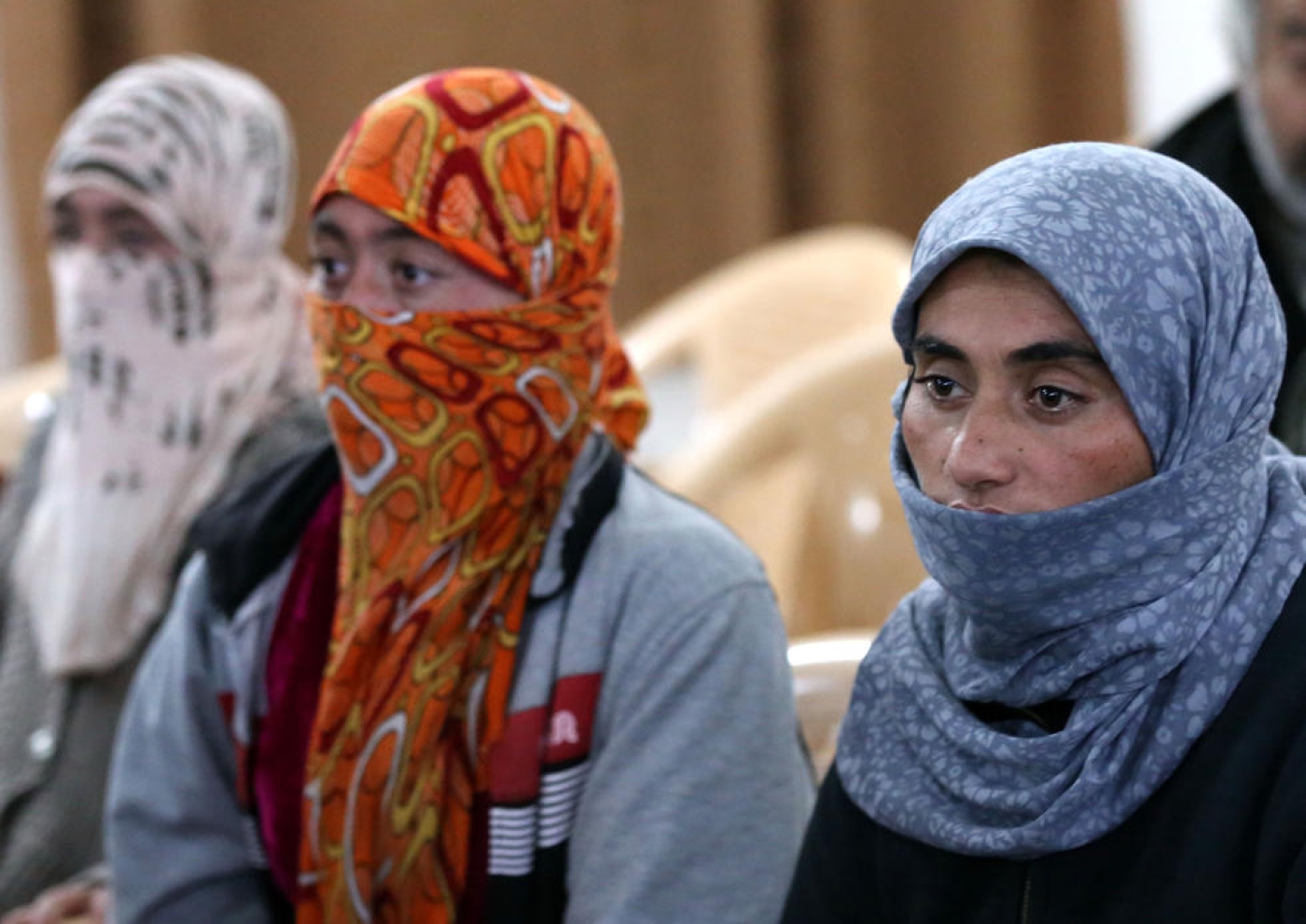 NEW YORK, United States – A United Nations unit of sex crime investigators has probed the world’s war zones for evidence of forced marriages, slavery and mass rape since 2009. According to its head, Zainab Bangura, the Islamic State (IS) group has taken atrocities to a whole new level.

Bangura has just returned from Syria, Iraq, Turkey, Lebanon and Jordan, where she gathered data on IS sex crimes, including those against captured Yazidi women. She spoke with Middle East Eye about her trip, and how she plans to counter the group.

MEE: What did you learn on your IS fact-finder?

Bangura: During my recent five-country Middle East visit, I met officials, frontline workers and survivors. My focus was IS’s war on women, including from Yazidi, Christian and Turkmen Shia minorities.

After attacking a village, IS splits women from men and executes boys and men aged 14 and over. The women and mothers are separated; girls are stripped naked, tested for virginity and examined for breast size and prettiness. The youngest, and those considered the prettiest virgins fetch higher prices and are sent to Raqqa, the IS stronghold.

There is a hierarchy: sheikhs get first choice, then emirs, then fighters. They often take three or four girls each and keep them for a month or so, until they grow tired of a girl, when she goes back to market. At slave auctions, buyers haggle fiercely, driving down prices by disparaging girls as flat-chested or unattractive.

We heard about one girl who was traded 22 times, and another, who had escaped, told us that the sheikh who had captured her wrote his name on the back of her hand to show that she was his ‘property’.

Our research will feed into the annual UN report on conflict-related sexual violence and advocacy work.

MEE: Are they organised or ad hoc?

Bangura: IS is organised, coordinated and operates on a widespread and systematic basis to commit a staggering array of atrocities. They are institutionalising sexual violence; the brutalisation of women and girls is central to their ideology. They use sexual violence as a "tactic of terrorism" to advance key strategic priorities, such as recruitment, fundraising, to enforce discipline and order – through the punishment of dissenters or family members – and to advance their radical ideology.

They commit rape, sexual slavery, forced prostitution and other acts of extreme brutality. We heard one case of a 20-year-old girl who was burned alive because she refused to perform an extreme sex act. We learned of many other sadistic sexual acts. We struggled to understand the mentality of people who commit such crimes.

The number of foreign fighters involved remains a problem for us. In other conflicts, such as Democratic Republic of Congo, we can deal with fighters from five or six countries. For IS, it’s tens of thousands of fighters from 100 nationalities. In some attacks, there are more foreigners than Iraqis and Syrians.

MEE: Are all IS women enslaved?

Bangura: Most women get enslaved when their villages are attacked. We were also informed of parents who had given away their daughters to IS, particularly in Mosul. To understand this, we must examine the concept of jihad al-nikah, or sexual jihad – whereby women’s bodies are used as part of supporting the IS campaign. There are tens of thousands of men who expect that they will "get" women to "marry". A woman’s contribution is to marry them and cater for them in many ways, including sexually. IS men may have a wife, as well as several slaves. We heard few stories of wives who helped the slaves to escape.

MEE: How do they escape?

Bangura: Some are released when a ransom is paid. When parents or community leaders are informed about the whereabouts of the women and girls, they would raise money – as much as $5,000 – and use an intermediary to "buy" the girls back.

Yazidi communities have suffered discrimination for a long time and have strong social networks. It is a closed and conservative community and recent events have been a real shock to them. But they show resilience and impressive coping mechanisms, including a willingness to welcome girls back.

Of course, not everyone escapes. When IS discovered girls used their headscarves to hang themselves, they forced them to remove them. I learned of three girls who tried to commit suicide by drinking rat poison, which had been left in a room. They started vomiting and were rushed to hospital and washed out. When they came back, they were brutally attacked.

MEE: You met escapees in Iraq’s Kurdish zone. Do they get the support they need?

Bangura: They do get support from their families, communities and the government, but the needs are huge. I met one woman who was in shock – most of her family had either been taken or killed. She was looking after her four-year-old son and trying to track down her 15-year-old daughter, who was taken by IS. She was so traumatised that she insisted her husband was missing, although he was dead.

Women like her need qualified medical and psycho-social support that is not readily available. Kurdish officials told me they are struggling to cope with a massive influx of refugees from Syria and Iraq. They are worried about an extra 500,000 people fleeing from Mosul when Iraqi forces try to recapture the city later this year. For its part, the UN is supporting and sheltering the affected population, but everyone agrees that assistance needs to be scaled up.

It was painful for me. The countries I have worked on include Bosnia, Congo, South Sudan, Somalia and Central African Republic; I never saw anything like this. I cannot understand such inhumanity. I was sick, I couldn’t understand.

MEE: Besides the US-led military campaign, what can the UN do to tackle a militia that cares little for international legitimacy?

Bangura: In addition to the military intervention and the sanctions tools that we have, we need first to tackle their access to communication means including social media that they use to terrorise communities and the whole world and attract new recruits. Information is its oxygen - we must suffocate them. Their tactic is to destroy individuals, communities, laws and society and build a medieval social order. We also need to use economic divestments to halt IS sources of income and supply lines. We must also explain the scope of the atrocities being committed, and look at accountability, which is difficult in the context of more than 40,000 fighters from more than 100 countries. We need to look at jurisdiction – does it fall under Iraq? Syria? We cannot only react emotionally, we must understand their tactics and defeat them. Syria War
Will Aleppo become the capital of a new Caliphate?
Edward Dark