Why the UAE aims to leverage Assad 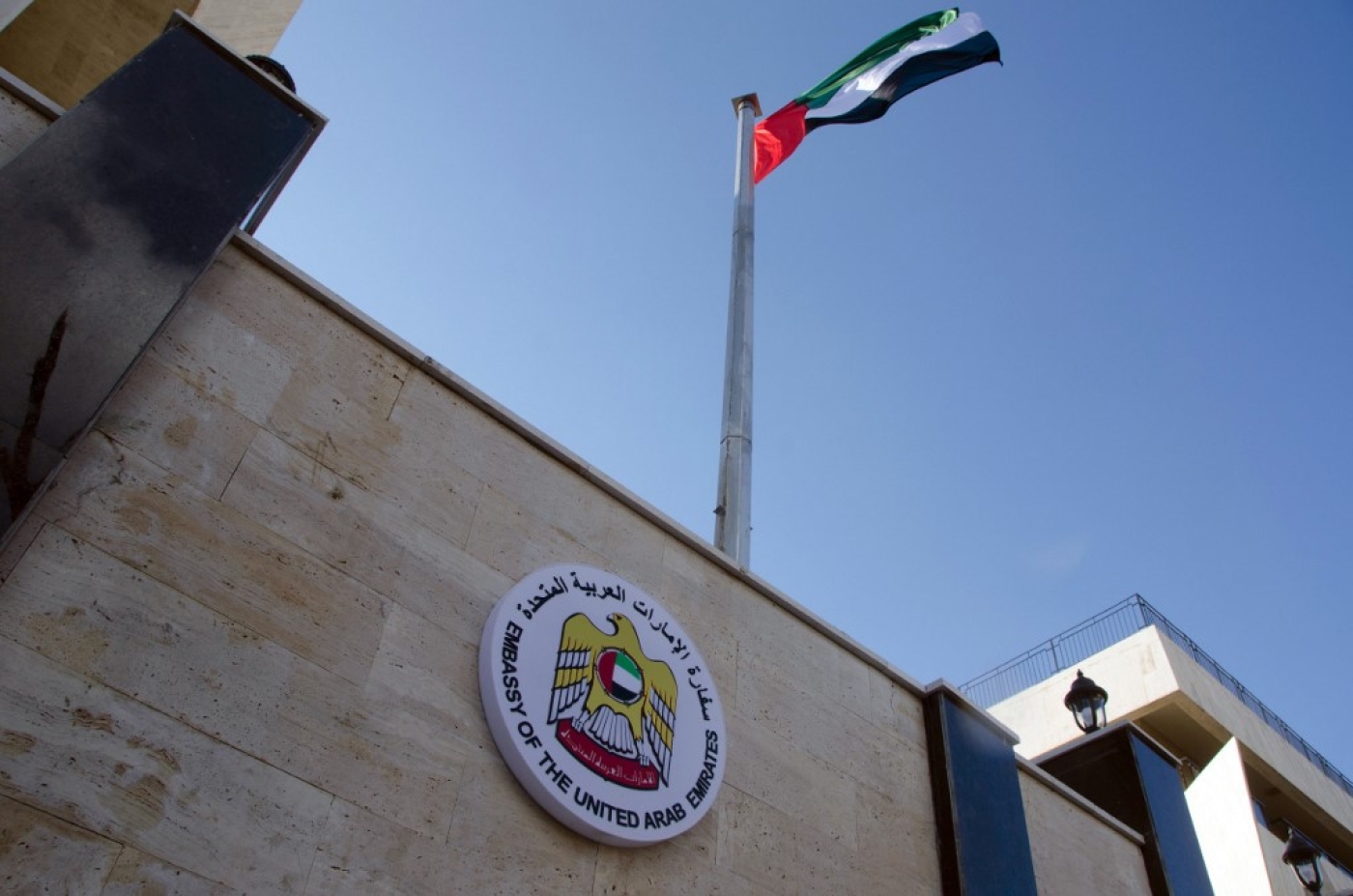 The UAE embassy reopened in Damascus in December 2018 (AFP)

Amid the global coronavirus panic, Abu Dhabi Crown Prince Mohammed bin Zayed (MBZ) made a significant phone call to Syrian President Bashar al-Assad late last month, vowing to "stand" with the Syrian people as the virus spreads in the country.

This presents a golden opportunity for the UAE to further throw its weight behind Assad while outmanoeuvring Turkey, a key Emirati foe that has become increasingly entrenched in Syria, and with whom the UAE is also at loggerheads in Libya and Somalia.

“I assured [Assad] of the support of the UAE and its willingness to help the Syrian people. Humanitarian solidarity during trying times supersedes all matters, and Syria and her people will not stand alone,” MBZ wrote on Twitter. Yet, prior to this gesture, as MEE revealed, the UAE offered Assad $3bn to break the ceasefire on 5 March over Idlib between Turkey and Russia, and relaunch his offensive to recapture the country and expel Turkish forces.

The UAE has taken a proactive regional stance under MBZ, justified by fabricated concerns of humanitarianism and stability. The threat of coronavirus enables Abu Dhabi to further bolster this pro-humanitarian mask while securing greater regional influence, having delivered aid to other countries, including Iran, which is suffering a serious outbreak of the virus.

It also seeks cooperation with Assad’s autocratic regime as a bulwark against democratic and Islamist movements - in line with its wider aims of crushing such regional transitions, which could ultimately inspire calls for reforms within the UAE’s own authoritarian system.

Secretly, the UAE perceived Assad's dictatorship as a longterm asset for securing its regional vision. It bided its time

Though MBZ has openly embraced Assad, reopening the UAE’s Damascus embassy in December 2018, the UAE has operated shrewdly throughout Syria’s war to establish itself in the country.

Abu Dhabi also shared the GCC’s concerns over Iran’s growing presence in Syria from 2013, as Tehran moved to support its ally Assad.

Yet, secretly, the UAE perceived Assad’s dictatorship as a longterm asset for securing its regional vision. It bided its time, while its influence was then relatively limited.

Under the guise of offering humanitarian assistance, Abu Dhabi focused on southern Syria, initially through charitable measures, such as aid to Syrian refugee camps in Jordan and Syria’s Daraa countryside region. The UAE highlighted its donations of more than $530m to “alleviate the suffering of the Syrian people”.

It then also pursued a military approach, paying vast numbers of armed fighters in southern Syria as the conflict exploded again after the failure of peace talks in February 2014.

Yet Abu Dhabi steered clear of Islamist factions, unifying its favoured groups under the command of the Southern Front of more than 30,000 fighters, linked to the Jordan-based Military Operations Center. It utilised these forces to counterbalance Islamist forces, such as the Muslim Brotherhood, and militant factions, such as Ahrar al-Sham. This showed an initial divergence from Saudi Arabia, which backed the latter.

Furthermore, unlike Riyadh, Abu Dhabi never backed rebels with the intent of overthrowing Assad. This was rather to counter Turkey and Qatar, while superseding Islamist forces. The UAE sought to control the southern opposition forces to end the armed struggle against the Syrian government, while steering influence away from its rivals.

Yet, after Russia’s military intervention in September 2015 to re-secure Assad’s control over Syria and defeat opposition forces, the UAE further adapted, seeking to boost ties with Moscow. The Emirati foreign minister even slammed Turkey’s downing of a Russian warplane in November 2015 as a “terrorist act”.

Though Moscow has attracted criticism for its repeated vetoes of UN Security Council resolutions on Syria, the UAE has in contrast welcomed Russia’s role, while abandoning its assistance to the southern opposition - which effectively ended the resistance there. 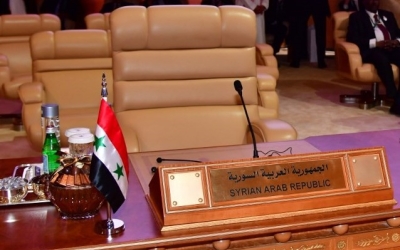 The UAE hoped that Russia would pressure its ally Iran to downscale its presence in Syria. Yet, as Russia had not done this, the UAE switched its focus to northern Syria, investing in Kurdish forces, namely the Democratic Union Party (PYD) and People’s Protection Units (YPG) - which Ankara considers a terrorist organisation for its ties to the outlawed Kurdistan Workers’ Party (PKK). This funding has increased as Turkey has launched military operations against the YPG.

Now, Abu Dhabi prioritises countering Ankara and Doha over Tehran, particularly after the 2017 Gulf crisis pushed Turkey and Qatar together. The UAE now even favours greater diplomacy with Iran.

The UAE, alongside Russia, has also supported General Khalifa Haftar’s offensive on Tripoli since April 2019. Abu Dhabi currently seeks to secure Haftar’s control over the entire country, or at least much of Libya, while disrupting the democratic transition. Turkey’s military intervention in January, in aid of the rival Government of National Accord, further threatened the UAE’s interests in Libya.

While tightening relations with Moscow, the UAE ultimately seeks to consolidate these actors into an anti-Turkey axis. Yet Turkish and Russian cooperation over Syria creates a roadblock for Emirati interests, as Putin seeks to work with Ankara while balancing Moscow’s relations with Assad and Erdogan. A similar scenario emerged in Libya after Moscow and Ankara agreed to establish a ceasefire in January. How will the UAE react to this latest obstacle?

Abu Dhabi will continue backing Assad, seeing his presence as the greatest barrier against Turkish influence, now that Idlib is the conflict's hotspot

Much of the UAE’s adaptation has been oriented towards the US’s ambiguous Syria policy. After Washington announced its withdrawal of troops from Syria in January 2019, which prompted Turkey’s advancement in northeastern Syria, Abu Dhabi clung to Russia and Syria as key allies.

Abu Dhabi will continue backing Assad, seeing his presence as the greatest barrier against Turkish influence, now that Idlib is the conflict’s hotspot. The recent Russia-Turkey brokered ceasefire over Idlib restricted Ankara’s influence in Syria, even forcing Ankara to recognise the Syrian Democratic Forces on paper in return for extra military support from Washington, several Syrian activists told MEE.

While Abu Dhabi may continue backing the PYD and YPG as an anti-Turkey “buffer” in northeastern Syria, this will become less urgent while Turkey’s attention is away from this area. The UAE rather looks set to prioritise empowering Assad.

Any further deterioration in relations between Turkey and Russia benefits the UAE, giving it an opportunity to legitimise Syria’s regime on the international stage, while countering Turkey regionally. The UAE may continue pushing Moscow to see Ankara as a common enemy.

Clearly, the UAE has taken a fluid role in order to maximise its sway in Syria, which serves as a key platform for Abu Dhabi’s ambitions as a regional hegemon. Despite presenting its efforts as humanitarian, the UAE’s priority is clearly not to help the Syrian people.

Hamzah Almustafa is the director of Syria TV. He is also a PhD candidate in Middle Eastern Politics at University of Exeter in the UK and assistant researcher at the Arab Center. He holds a master's degree in political science and international relations from the Doha Institute for Graduate Studies in Doha and previously worked as a researcher at the AlSharq Studies Center. The Arab Center published his book, The Virtual Public Sphere in the Syrian Revolution: Features, Orientations, and Mechanisms to Create Public Opinion.
Jonathan Fenton-Harvey is a journalist and researcher focusing on conflict, geopolitics and humanitarian issues in the Middle East and North Africa. He has also worked for Al Sharq Forum, where he mostly researched Yemen and the UAE's regional foreign policy. Follow him on Twitter: @jfentonharvey 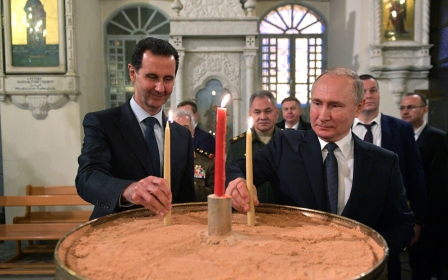 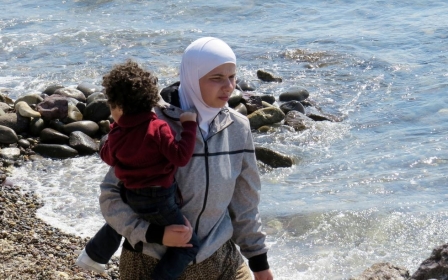 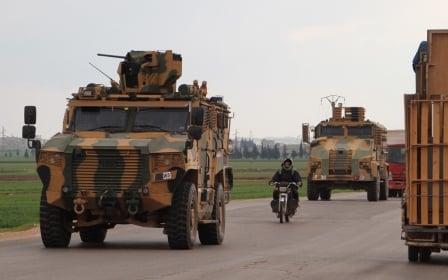