Ali Bakir
, Giorgio Cafiero
Without Abu Dhabi's direct military intervention in the fight against the Houthis, Saudi Arabia must contend with its own record of countless mistakes in Yemen 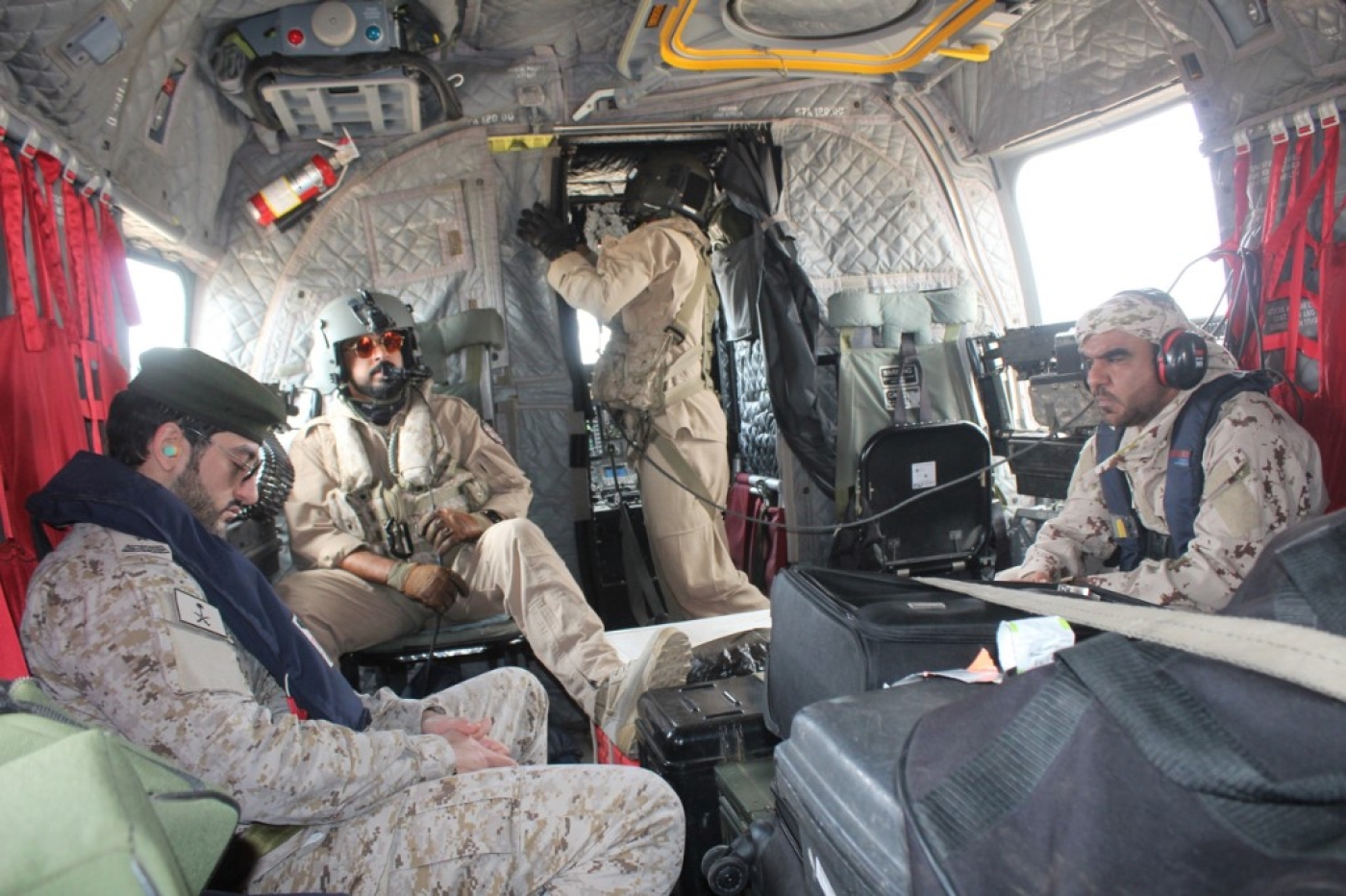 Emirati fighters board a helicopter at a military base in Khokha, Yemen, in January (AFP)

When Saudi Arabia and a handful of its Arab and African partners launched Operation Decisive Storm in March 2015 to crush Yemen’s Houthi rebellion, Riyadh’s most important ally in the coalition was the United Arab Emirates.

Over the past four years, Saudi Arabia has relied heavily on the UAE for air campaigns, intelligence gathering, on-the-ground operations, and training of Yemen’s anti-Houthi fighters.

But last month, the UAE began pulling tanks and attack helicopters out of Yemen, as well as withdrawing hundreds of Emirati troops from the Red Sea coast. Although the UAE is not pulling out all of its forces, news of the massive withdrawal has led to much speculative debate in Western circles about Abu Dhabi’s plans for Yemen.

The pullout began at a time of mounting tensions between the US and Iran, which has left the UAE more vulnerable to a scenario in which it could become a battleground in a grander regional conflict.

The move also raises important questions about the future of Saudi-Emirati cooperation in Yemen, and implications for the Arab coalition’s ability to maintain a semblance of cohesion.

Some experts contend that the UAE’s pullout is more of an illusion, aimed at protecting Abu Dhabi’s image in the West.

Against the backdrop of US lawmakers repudiating the Saudi- and Emirati-led military campaign in Yemen, the UAE’s efforts to distance itself from the negative political fallout are pragmatic - especially given the spectre of President Donald Trump losing his re-election bid next year to a Democratic challenger.

Undoubtedly, the UAE has concerns about blowback from the US as a result of the country's role in Yemen

Although much of the criticism of US arms sales to Arab states pertain to Saudi Arabia, deals with the UAE are also coming under greater scrutiny.

Democratic Senator Bob Menendez, a ranking member of the US Senate Foreign Relations Committee, recently threatened to freeze US arms sales to the UAE following reports of Abu Dhabi transferring US-made missiles to Libyan commander Khalifa Haftar’s forces, in violation of US and international law.

Undoubtedly, the UAE has concerns about blowback from the US as a result of the country’s role in Yemen, as well as Libya. Even if Washington does not cancel weapons sales to Abu Dhabi, such negative attention serves to tarnish the UAE’s reputation in DC.

Growing pushback from London on the Yemen war is also a factor. Last month, the UK High Court ruled that British arms licenses to Riyadh were “unlawful”, with major implications for other capitals involved in the Arab coalition, including Abu Dhabi.

In the case of UAE-UK relations, the Matthew Hedges saga remains another point of contention that has harmed Abu Dhabi’s standing in London.

The growing conventional wisdom among US lawmakers is that although the US and its allies must continue fighting al-Qaeda and the Islamic State in Yemen, the US-backed Arab coalition’s war against the Houthis is misguided.

Thus, as the Emiratis have expressed their clear determination to continue the UAE’s controversial campaign against al-Qaeda in the Arabian Peninsula (AQAP), Abu Dhabi’s shift in focus may curry some favour among Washington’s foreign policy establishment.

The UAE is determined to remain a major player in Yemen, fighting its enemies and consolidating its influence via proxy. Even with most Emirati troops pulled out, there will remain 90,000 UAE-trained/allied Yemeni fighters.

These proxies - comprised of tribesmen, former security forces and southern separatists - will continue receiving weaponry and money from the UAE, which remains committed to its ambitions of effectively controlling key port infrastructure in Yemen.

As the renowned Emirati political scientist Abdulkhaleq Abdulla wrote: “The final consideration leading the UAE to draw down its forces in Yemen is its confidence in the Yemeni local forces to continue confronting the Houthis on their own. The UAE has already trained a total of 90,000 Yemeni forces who are capable of filling the vacuum and supporting the legitimate Yemeni government. They can do the job and are well trained, well equipped, and battle tested.”

Where does the UAE’s evolving Yemen foreign policy leave Saudi Arabia? Despite Riyadh and Abu Dhabi being extremely close allies, their differences vis-a-vis Yemen have been no secret.

For years, the Emiratis have sponsored southern separatists who reject the legitimacy of Yemen’s UN-recognised president, Abd Rabbuh Hadi, who joins Riyadh in seeking to preserve Yemen’s north-south unity. Despite speculation that such clashing agendas could lead to a major crack in the Arab coalition, that has not happened - at least not publicly. 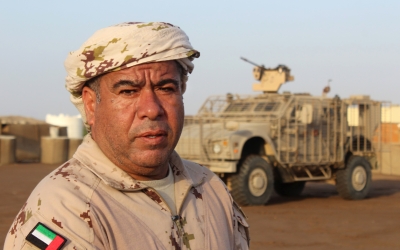 Nonetheless, it is not difficult to imagine Saudi officials growing frustrated over the UAE’s evolving approach to the Yemen war. Abu Dhabi’s withdrawal of most of its forces will place global attention on the coalition’s killing of civilians squarely on Saudi Arabia.

With Riyadh sticking to its agenda of combatting the Houthis, the kingdom will be the sole target of international outrage as the world’s worst humanitarian crisis continues. With the UAE shifting its focus more towards combatting AQAP, Saudi Arabia will have an even heavier war burden, as its military continues fighting the Houthis.

Indeed, earlier this month, the Saudis took command of al-Mokha and al-Khokha, two Red Sea ports, which, until recently, the UAE was using for monitoring Yemen’s coast and for the campaign to capture Hodeidah.

It remains to be seen how the Saudi military will overcome new challenges in Yemen, where it has deployed far fewer ground forces than the UAE since 2015.

Iran and the Houthi rebels will likely further exploit the UAE’s withdrawal for propaganda purposes. After several months of the Houthis demonstrating their advancements in drone and missile technology, proven by their attacks against strategic Saudi targets, the Iranians and Houthis will seek to portray the UAE’s pullout as a sign of weakness and division on the Arab coalition’s part.

With the Houthis vowing to strike the UAE if the Emiratis continue fighting them in Yemen, genuine security concerns might have prompted Abu Dhabi to reconsider its approach.

Ultimately, the UAE’s withdrawal is informative of underlying divisions that were present in the Arab coalition from the outset. For Abu Dhabi, establishing a UAE-friendly administration in Aden has been more important than the question of Yemen’s Houthi-controlled north.

With the UAE withdrawing most of its forces from Yemen, Abu Dhabi has left Riyadh with a major dilemma

Yet, for Saudi Arabia, the prospects of the Houthis consolidating power in northern Yemen has direct implications for the kingdom’s own border security - far more than for the UAE.

The Emiratis have also been fighting in Yemen to counter the forces of political Islam, namely the local Muslim Brotherhood affiliate, al-Islah, which has received support from Riyadh, despite the UAE’s past attempts to convince Saudi Arabia’s leadership to abandon the group.

For the UAE, consolidating its role in southern Yemen and the Red Sea is a top priority. From this part of Yemen, Abu Dhabi can continue asserting its influence throughout the rest of Yemen, the Horn of Africa and the Bab al-Mandab strait.

Yet, with the UAE withdrawing most of its forces from Yemen, Abu Dhabi has left Riyadh with a major dilemma. Saudi Arabia’s national security is truly threatened by the Houthis, and this danger will only increase as the Iran-allied insurgents make further advancements in their drone and missile capabilities.

Without the UAE’s direct military intervention in the fight against the Houthis, Riyadh must contend with its record of countless mistakes in Yemen, which have led to Saudi Arabia being more isolated in a conflict that Crown Prince Mohammed bin Salman now fully owns.

Ali Bakir is a research assistant professor at Ibn Khaldun Center for Humanities and Social Sciences. He is following geopolitical and security trends in the Middle East, great power politics, small states' behaviour, emerging unconventional risks and threats, with a special focus on Turkey’s foreign and defence policies, Turkey-Arab and Turkey-Gulf relations. He tweets @AliBakeer
Giorgio Cafiero is the CEO of Gulf State Analytics (@GulfStateAnalyt), a Washington-based geopolitical risk consultancy. You can follow him on Twitter @GiorgioCafiero 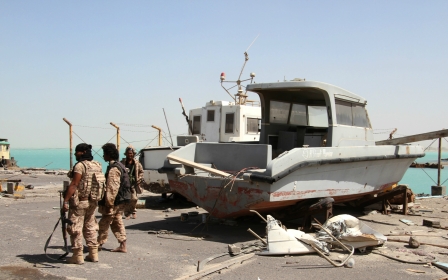 Arms Trade
See no evil: How the UK government tries not to know about bombing civilians in Yemen
Anna Stavriankis