I grew up under Mubarak's emergency law. It didn't stop terrorism and Sisi's won't either

Muhammad Mansour
Mubarak's emergency rule failed to protect Egypt from the worst terrorist attack in its history and sparked the 2011 uprising. Sisi should take heed 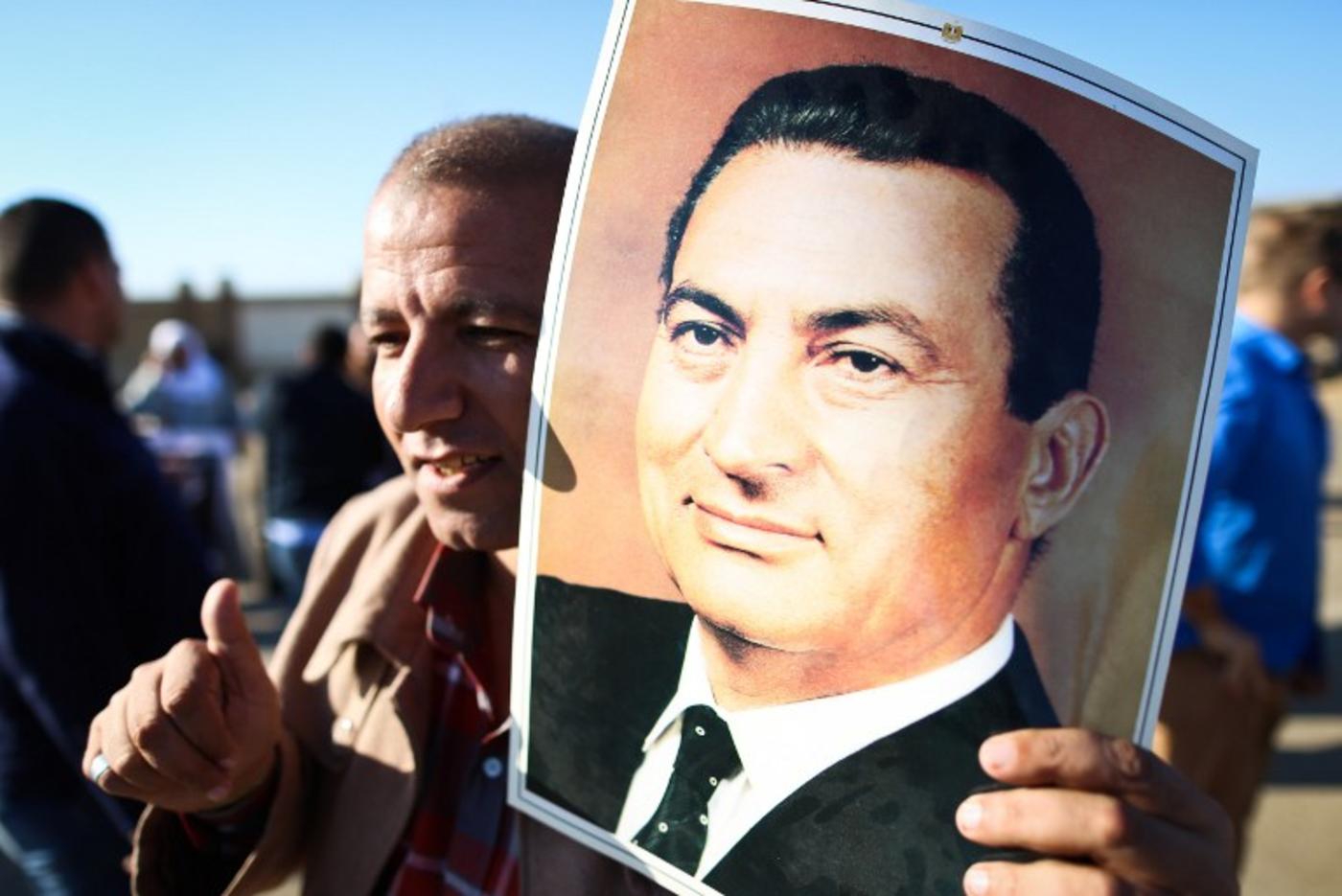 Egyptians like me grew up in the country under Mubarak’s emergency rule, a law put in place in 1981 in the wake of president Anwar Sadat’s assassination – and renewed every three years for the next three decades.

Under this rule, red lines were delineated and no one had the courage to publicly criticise Mubarak or his family.

The country was stable and the police were strong enough that they had control, but not so strong that they scared us. Checkpoints were common, but even if you were stopped, you weren’t frightened. It was just routine and then you would go through.

Yet despite the fact that it was supposed to protect the country from attacks, Mubarak’s emergency law did not prevent the deadliest terrorist attack in Egypt’s history in the resort of Sharm el-Sheikh in 2005.

And neither will Abdel Fattah al-Sisi’s new emergency law, announced on Sunday in the aftermath of the double attacks on Egypt’s churches which killed 45 people this weekend, prove effective against terrorism.

In July 2005, I was working in a bazaar in the city of Hurghada when a series of bombs rocked the nearby resort of Sharm el-Sheikh, killing 88 people, and injuring 200 others, most of whom were Egyptian. The attack was later claimed by the Abdullah Azzam Brigades, an offshoot of al-Qaeda.

I was randomly rounded up at a police checkpoint, even though I showed policemen my identification card, and was taken to a police station. I stood in a queue at the station’s entrance where a low-ranking policeman sat at a table, writing out charging documents. His hand writing was absolutely unreadable, yet everyone in the queue signed, probably out of fear of further mistreatment.

When it came to my turn, I refused. “Well, I will then sign it for you,” the officer said - and he did.

Dozens of people were randomly arrested that day and so, out of curiosity, I asked one of the policemen how these arrests would help exactly.

“What brought you to Hurghada in the first place?” he said.

“There is no other place to work than here?” he asked.

“You also work here,” I replied.

Then he said there were orders to “deport” all non-residents in Hurghada back to their place of birth. To the best of my knowledge, I thought the word tarheel or “deportation” was only used if you are in another country, not a city within the borders of your own. But this was what he meant.

I saw dozens of people packed in the back of the police station because there was no room to accommodate such large numbers. They were just young people who worked in the resort hotels and bazaars like me.

Later, I heard about people who suffocated to death in packed police vans during a 10-hour drive from Hurghada to Cairo or the provinces of Delta in the blistering July heat.

Others spent days going from one prison to another for a vetting procedure known as kaab dayer, which means you are held for several days in several police stations until you are eventually released, without being charged for any crime.

I was lucky that day. I escaped by pretending to be happy as I left the room of the police chief, showing people my joy to send an implicit message that the chief had ordered my release. Fortunately, the policemen at the gate of the station understood it this way.

I took a bus back to Cairo and I never returned as a worker - only as a tourist.

I escaped by pretending to be happy as I left the room of the police chief, showing people my joy to send an implicit message that the chief had ordered my release

Under Mubarak, like this, the emergency law was mostly applied on random civilians while perpetrators had enough capabilities, resources and strategies to hide or get away with their crimes.

Like any governmental bureaucratic sector, the security apparatus in Egypt had neither received advanced training, nor was it backed by functional intelligence agencies who could have helped them find terrorists. After deadly attacks, high-ranking officers often ordered security forces to detain random people as scapegoats or to calm public resentment with a PR show.

So these laws didn’t prevent attacks and were one of the main triggers for the Egyptian uprising that led to the Mubarak’s ousting in 2011.

These days, under Sisi, there is absolute uncertainty about where you might end up if you get stopped by the police – and equally, little certainty these attacks will stop.

The Islamic State group (IS) attacks against security personnel and minorities including Copts are inevitable, but Sisi’s iron-fisted approach since overthrowing freely-elected Islamist president Mohamed Morsi in 2013 has instead targeted civil society and peaceful dissent, failing to curb IS’s capabilities.

The fiercer the Islamic insurgency has become, the fiercer the crackdown on dissent and public life, to such an extent that it seems Islamic militants determine how much trouble grassroots organisations and advocates will have on a daily basis.

Under Sisi, it is OK for Egyptian policemen to shoot people on the spot during a routine search

In practice, the new emergency law won’t impede IS from carrying out suicide bombings, but it also won’t be any worse than the state of excessive police brutality we’ve seen against dissent since the 2013 coup.

Rather, it has been enacted as a buffer against potential public backlash as the government intends to take major steps to enshrine its repressive policies and draconian laws.

Shot on the spot

The law will allow authorities to make arrests without warrants and search homes, and some of the articles in the constitution will be suspended. But this is already happening. Under Sisi, it is OK for Egyptian policemen to shoot people on the spot during a routine search. Everything can be justified.

Another example: in March 2016, policemen killed five people in a microbus in New Cairo, a city near the capital. The police falsely claimed that the five had abducted and killed Giulio Regini, an Italian PhD student found dead on a roadside on the outskirts of Cairo in February 2016 with signs of torture on his body. Italian investigators doubted the Egyptian police story that the five men were behind Regini’s murder, causing a diplomatic crisis between Egypt and Italy.

There are already 60,000 people in Egyptian jails. Some are dissidents. Others are random people who were picked up as scapegoats. Hundreds of Egyptians have been forcibly disappeared by security services, and extrajudicial killings are on the rise.

Detaching counter-terrorism strategies from social, economic and political crises only encourages violent extremist groups to establish bases and recruits in lawless areas in Sinai and disadvantaged communities in Cairo and Delta. I’m not familiar with any specific case, but I think it’s possible that some people I saw that day in Hurghada are now radicalised because of the way the police treated them.

Similarly, some argue that most IS recruits, including the suicide bomber at Tanta church, were radicalised after the Rabaa massacre in 2013 when at least 1,000 pro-Morsi protesters were killed in one single day. It was the beginning of unleashed state violence that saw a shift in the brutality of the security forces.

After three months, it is highly likely that Sisi’s new state of emergency will be made permanent, marking a new chapter of violations against human rights and even the constitution, with no concern of public backlash.

Just a few hours after the law was imposed, the parliament, with its pro-Sisi majority, referred the two island deal with Saudi Arabia to the legislative committee to be discussed and voted on – despite the fact that a court's final ruling already rejected the controversial deal.

To prevent history from repeating itself, Sisi should listen to those demanding the reform of his counter-terrorism strategy, including making religious state institutions independent from the government reach as well as reforming the police sector.

He should also release his grip on the media and open the door for a compromise with excluded factions in society as long as they renounce violence. He should release political prisoners and allow for societal dialogue and cooperation in order to find solutions.

Above all, he should remember the Pandora’s box that Mubarak’s emergency laws opened. They may have silenced dissent for a while, enabling him to pass other laws to keep him in power for nearly a lifetime. They fed his authoritarian aspirations and egotism.

But they also placed Mubarak in an ivory tower, isolating him from seeing the realities that corruption and poverty wreaked on his country, which eventually hit a tipping point in 2011 and is still causing chaos in the country today.

Photo: A supporter of Egypt's former president Hosni Mubarak stands outside the police academy in Cairo during his trial on 29 November 2014 (AFP)