Christopher Phillips
Agreements between Russia and Turkey may persuade Assad to limit the Idlib assault for now, but his push to reconquer the rebel province is inevitable 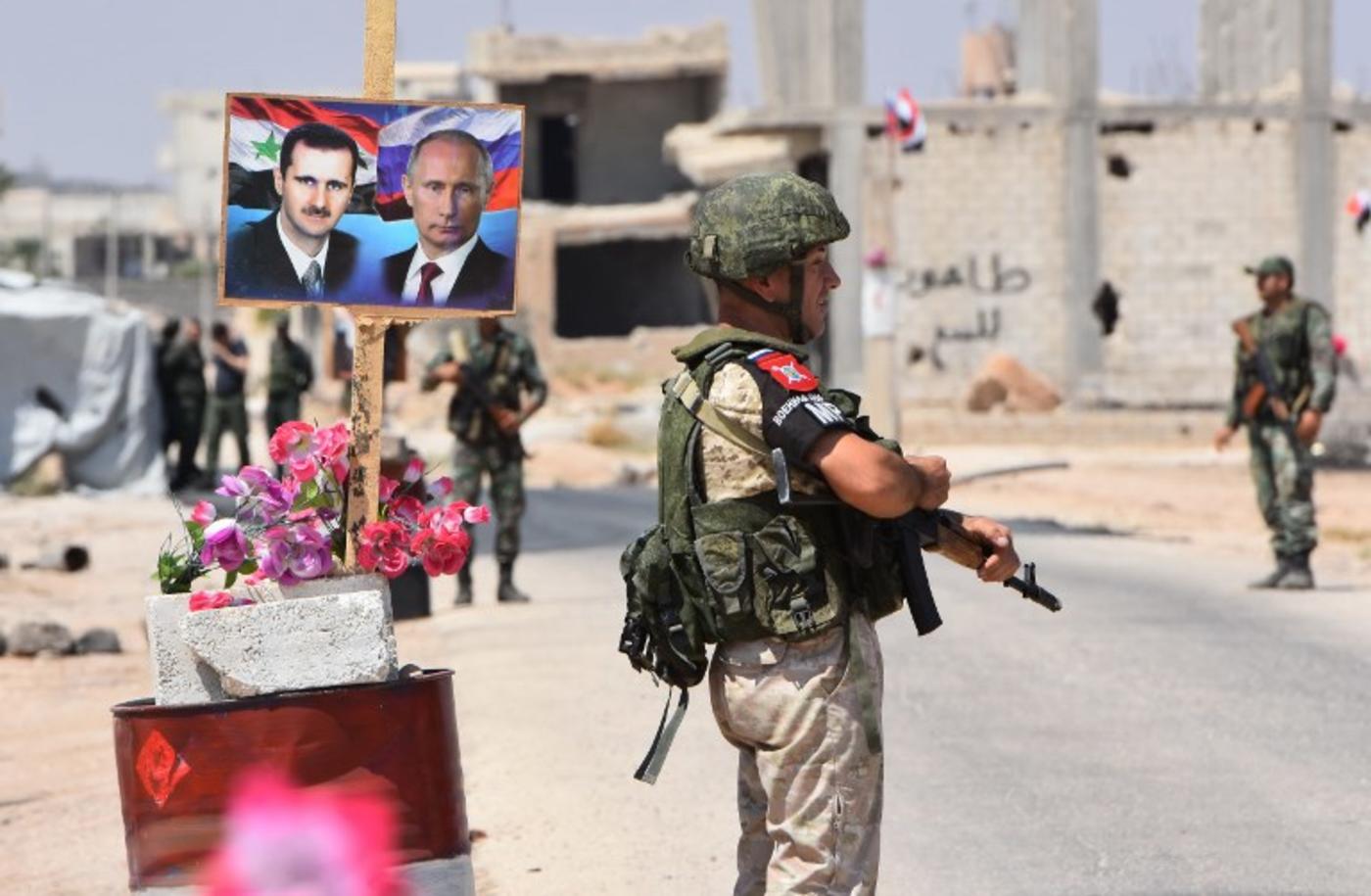 Last year, four de-escalation zones in western Syria were agreed under Russian orchestration, with international guarantors to effectively freeze the conflict between the forces of President Bashar al-Assad and the rebels.

Since then, helped by Russian assistance and Western indifference, Assad has discarded the agreements, using violence and reconciliation to force three zones back under his control. Now, government troops, alongside Iranian-backed Shia militias, have gathered on the borders of the last remaining rebel-held province, Idlib, in the northwest.

Leaflet drops urging fighters and civilians to reconcile with the government portend an imminent assault. But Idlib is larger, more populous and more complex than the other reconquered zones, making its recapture far from straightforward.

Assad has long stated his intention to recapture "every inch" of Syria lost during the seven-year rebellion against his rule, and he recognises that the longer areas remain beyond his reach, the harder it will be to reintegrate them.

Large swathes of the north and east remain out of his control, but Idlib is the logical priority. It lacks a significant foreign military presence, unlike the US-protected east and Turkish-controlled north. It is the last part of the more densely populated west - sometimes disparagingly referred to as "useful Syria" - that Assad has yet to regain.

Idlib is also home to essential infrastructure, notably the M4 and M5 highways that connect Aleppo to Latakia and Damascus. For the war-ravaged Syrian economy to recover, these roads need to reopen, and with them, eventual through-trade with Turkey and Jordan.

When Assad reconquered the south in the summer, displacing 330,000 civilians, Western leaders were muted in their condemnation, and the Syrian president may feel he has a free hand

Yet any assault carries risks. Parts of Idlib province are mountainous and could prove difficult to conquer, with claims that up to 70,000 fighters await Assad’s forces. At least 2.5 million civilians now live there, many evacuated after the government took other rebel areas, raising the prospect of another refugee crisis.

However, when Assad reconquered the south in the summer, displacing 330,000 civilians, Western leaders were muted in their condemnation, and the Syrian president may feel he has a free hand. Western governments are already ambivalent about Idlib's rebels. Their support for moderate fighters has ended, while humanitarian schemes are being wound down.

Meanwhile, they classify Hayat Tahrir al-Sham (HTS), the al-Qaeda linked militia that dominates Idlib, as a terrorist group and may privately welcome its destruction, provided the humanitarian costs remain low.

The main obstacle to Assad’s attack is therefore not Western governments, but Turkey, the guarantor of Idlib’s de-escalation zone. Having effectively given up on regime change in Damascus, Ankara’s focus in Syria is now on three areas: eastern Syria, where it wants to prevent an autonomous Kurdish enclave; northern Syria, which is under effective Turkish occupation; and Idlib.

While the latter is probably the lowest priority, it remains important. Turkey had feared that Idlib’s collapse might allow its Kurdish Democratic Union Party (PYD) enemies to grab further territory, but this threat was removed when Turkey routed the Kurds in Afrin in early 2018. Since then, Turkey’s priority has been stability in Idlib, wanting both HTS fighters and the potential 2.5 million refugees to stay in Syria, not cross into Turkey.

To achieve this, Turkey has sought hegemony over the last rebel province, seeking to unite the various rebel factions, reaching out to HTS and building 12 observation posts manned by a small number of Turkish troops to deter any Assad encroachment.

This has had some success. Several rebel factions have united, while a large number have joined the Turkish-trained “National Army”. Some observers also see a degree of moderation from HTS as a result of Turkish outreach, though the group remains fiercely independent: Abu Mohammed al-Jolani, its leader, recently stated that he did not expect Turkish protection from Assad.

He may be right. For all of Turkey’s dominance, Idlib’s fate looks more likely to be decided in Moscow than Ankara. Turkey has discussed the rebel province with Russia frequently since the south fell, but Moscow, whose Khmeimim airbase has faced occasional HTS attacks from Idlib, seems increasingly in favour of an assault.

Russian President Vladimir Putin holds most of the cards. Turkey’s incursions into Syria, in both the north and Idlib, came with Moscow’s permission, and Russia has not allowed Ankara to extend air cover. Turkish President Recep Tayyip Erdogan is especially vulnerable now due to economic weakness, and Moscow could tighten essential financial screws should he obstruct any attack on Idlib.

Yet, Putin values his relationship with Erdogan, and may be reluctant to humiliate the Turkish president. To square the circle, Moscow may urge Assad to limit this round of fighting. Attacks on the key towns along the M5 and M4 routes - Maarrat al-Numan, Saraqib and Jisr al-Shughur - would give Assad control of the key highways, while bypassing Idlib city. The government could grab key infrastructural links without pushing refugees and HTS fighters from the provincial capital into Turkey.

Were such an agreement reached, Turkey’s observation posts may be quietly bypassed and then abandoned, with Assad stopping short of Idlib city. Putin and Erdogan are due to meet in Iran in early September, a scheduled summit that suggests the assault, if it begins before then, could be smaller than expected.

Yet, if Assad and his Iranian allies are persuaded by Russia to limit their attack, it will not settle the issue. Assad wants to reconquer all of Syria and will not accept Idlib - nor for that matter, northern and eastern Syria - remaining permanently out of his control.

While he has cut deals and reconciliation agreements elsewhere and may be seeking something similar with the eastern Kurds, few expect a compromise with HTS and the remaining Idlib rebels.

Russian-Turkish deals may limit this showdown for now, but it will come eventually, and with it a costly humanitarian crisis.

- Christopher Phillips is reader in international relations at Queen Mary, University of London and associate fellow at Chatham House’s Middle East and North Africa Programme. He is author of The Battle for Syria: International Rivalry in the New Middle East, a new updated paperback edition of which is available from Yale University Press.

Photo: Russian and Syrian forces stand guard near posters of Syrian President Bashar al-Assad and his Russian counterpart, Vladimir Putin, on the eastern edge of Idlib province on 20 August 2018 (AFP) Syria War
Regional war is not imminent, it has already started
Samer Abboud