David Hearst
Under legally murky guidance, many of us would be considered suspicious. That's helpful if you want to stifle debate on Israel-Palestine 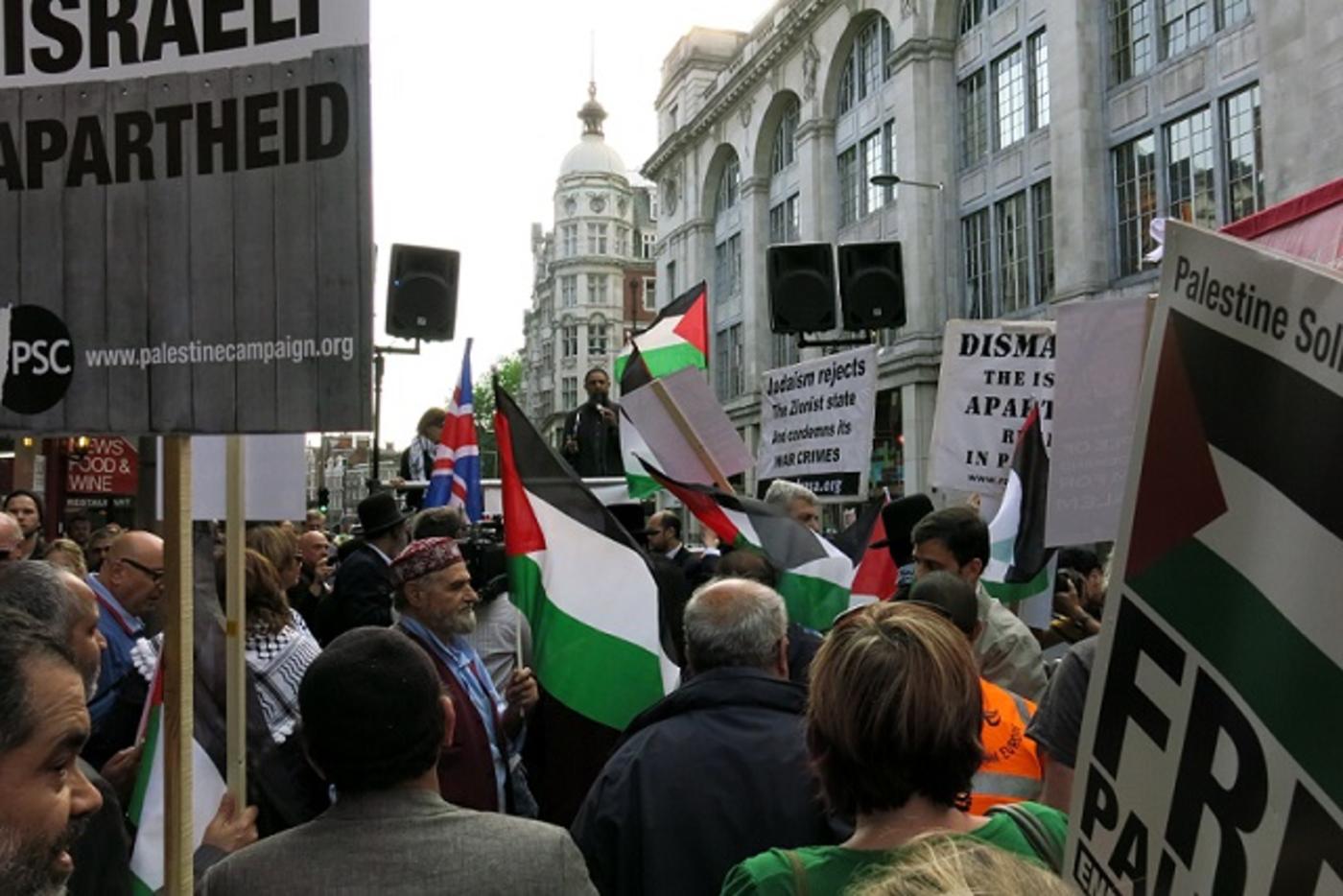 According to Safe Campus Communities, a website created by the Higher Education Funding Council for England (HEFCE), I could be regarded as an extremist.

According to a website created by the Higher Education Funding Council for England (HEFCE), I could be regarded as an extremist

I have expressed “vocal support for Palestine”. I am opposed not just to “Israeli settlements in Gaza”, but all construction beyond the Green Line of 4 June 1967. I have also frequently “criticised (Western)” wars in the Middle East and I am “opposed to Prevent” on the grounds that it is not preventing home-grown jihadis.

I think Israel is running a form of apartheid and not just in the occupied West Bank. The Jewish state is plainly and demonstrably a functioning democracy for its Jewish citizens alone.

These views “may be regarded” as extremist, although Safe Campus Communities kindly notes, they are not illegal. Well might they add that rider. Government attempts to concoct a definition of "non-violent extremism”, which is legally secure, have foundered.

It's not as if they have not had time to think about it.

Where is the counter-extremism bill?

It will shortly be two years since the government first announced a counter-extremism bill in May 2015. Six months after that, they published a strategy. The bill has since been in two Queens speeches and still nothing has appeared.

Harriet Harman MP, chair of the Joint Committee on Human Rights, has now written to the Home Secretary Amber Rudd to ask what is happening. There are good reasons for the government’s reticence to legislate an issue they define as key.

Harman’s own committee found little evidence to support the government assumption that there is an escalator between religious conservatism and violent jihadism. If extremism denies "mutual respect and tolerance of different faiths and beliefs”, who is being extremist when a faith has elements of misogyny and homophobia, the committee’s report asked.

In the absence of legal definition and clarity, Prevent operates with an arsenal of weaponised vagueness

In the absence of legal definition and clarity, Prevent -  a statutory duty to carry out and presumably a criminal offence to ignore - operates with an arsenal of weaponised vagueness.

The presentation on Safe Campus Communities is full of woulds, coulds and question marks. The intellectual cotton wool padding this brief, however, is anything but soft.

This week university campuses around the world are conducting debates around the theme of Israeli apartheid. At least three events in Britain have now been cancelled or postponed. The University of Central Lancashire (UClan) cancelled an event organised by a Friends of Palestine Society because of concerns it would not be “balanced”.

Elsewhere venues, booked months in advance, are cancelled at the last minute; extra security is demanded; speeches are monitored and, in some cases, have to be pre-approved.

Does this “risk assessment and management” apply to all university debate? Plainly not. If Moazzam Begg, the former Guantanamo detainee and human rights campaigner, who is now categorised as a “high-risk speaker” is invited on campus to speak to an Amnesty society, there are no problems. If, however, he is invited to give essentially the same talk to an Islamic society, all hell breaks loose.

Clearly and palpably a darker purpose is being served here. It has nothing to do with British values, violent jihadi extremism, or the Islamic State (IS) group. It has everything to do with shutting down debate about Israel and Palestine at a particularly sensitive moment when even the rhetoric around the existence of a Palestinian state is being jettisoned.

Clearly, if the two-state solution is abandoned, that leaves one state. That is one in which Palestinians, whether under occupation, with the status of Jerusalem resident or full citizens are discriminated against in law. Israel’s attempts to legitimise this reality is what the battle on the campuses is all about.

Gerald Kaufman, who died recently, was another of this campaign’s victims. A Zionist turned ferocious critic of Israel, Kaufman was villified for a speech in which he compared the Israeli actions in Gaza during Operation Cast Lead to those of the Nazis in Poland. Kaufman’s grandmother was shot dead in her bed in her home town of Staszow by a German soldier.

Who will stand up now?

Israeli apartheid was first seriously examined in a British newspaper by an award-winning journalist and former colleague, Chris McGreal, who had been a correspondent in Johannesburg for ten years and in Jerusalem for four. His forensic analysis written in 2006 bears re-reading today.

Two Guardian articles produced an immediate reaction. Camera, the Committee for Accuracy in Middle East Reporting, referred McGreal to the Press Complaints Commission in a complaint that totalled 35,000 words, twice the length of the original articles. In its complaint, Camera attempted to deny the undeniable - that there was a policy of maintaining the demographic balance of Jerusalem. It was a brazen denial of reality.

I once asked a serving Israeli ambassador whom he thought were the twin enemies of Israel. 'The BBC and the Guardian,' he shot back without a trace of irony

Camera’s complaint could not help being self-revelatory. Their real beef with the analogy was that McGreal had “denied the historic rights of the Jewish People” and had shown “contempt for Zionism”. Happily - but this was in 2006 - the PCC stood up to this barrage and threw out every point of their complaint. So did Alan Rusbridger, then editor of the Guardian.

Into his office marched Henry Grunwald, president of the Board of Deputies of British Jews, and Gerald Ronson, chairman of the Community Security Trust. Ronson did not take his coat off, and according to Rusbridger’s recollection said: "'I’ve always said opinions are like arseholes, everyone’s got one’, and then he effectively said ‘I’m in favour of free speech but there is a line which can’t be crossed and, as far as I’m concerned, you’ve crossed it, and you must stop this’". Ronson accused the Guardian of being responsible for anti-Semitic attacks, a claim Rusbridger refused to accept.

Both the PCC and the Guardian stood their ground. There was no doubt in McGreal’s mind what this exercise was about. Nothing to do with correcting inaccurate reporting, and everything to do with bullying and intimidation. That was in 2006. Would the same organisations stand their ground today? Somehow I doubt it. Look at what has happened to the BBC’s coverage of the conflict.

I once asked a serving Israeli ambassador whom he thought were the twin enemies of Israel. I expected him to say Hamas and Hezbollah. “The BBC and the Guardian,” he shot back without a trace of irony. The Israeli embassy has been nothing if not true to its word since then.

I would love to say that these tactics will not work. The sadness today is I am no longer so sure. 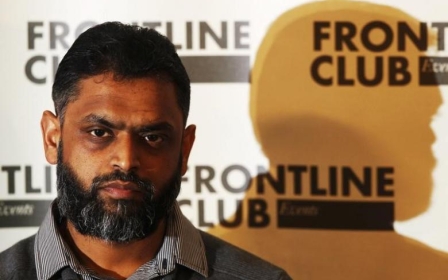 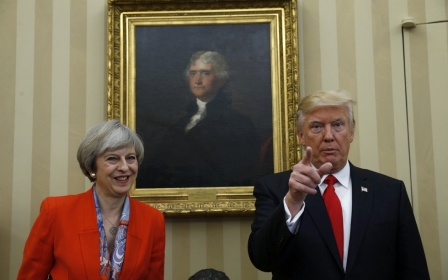 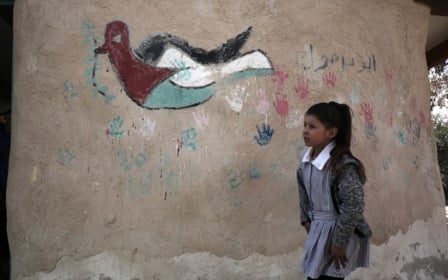