India-Gulf row: Why Modi is in a double bind

CJ Werleman
After anti-Islam comments by senior officials, the Indian president must placate Middle Eastern leaders while quietly continuing to support his party’s vilification of Muslims 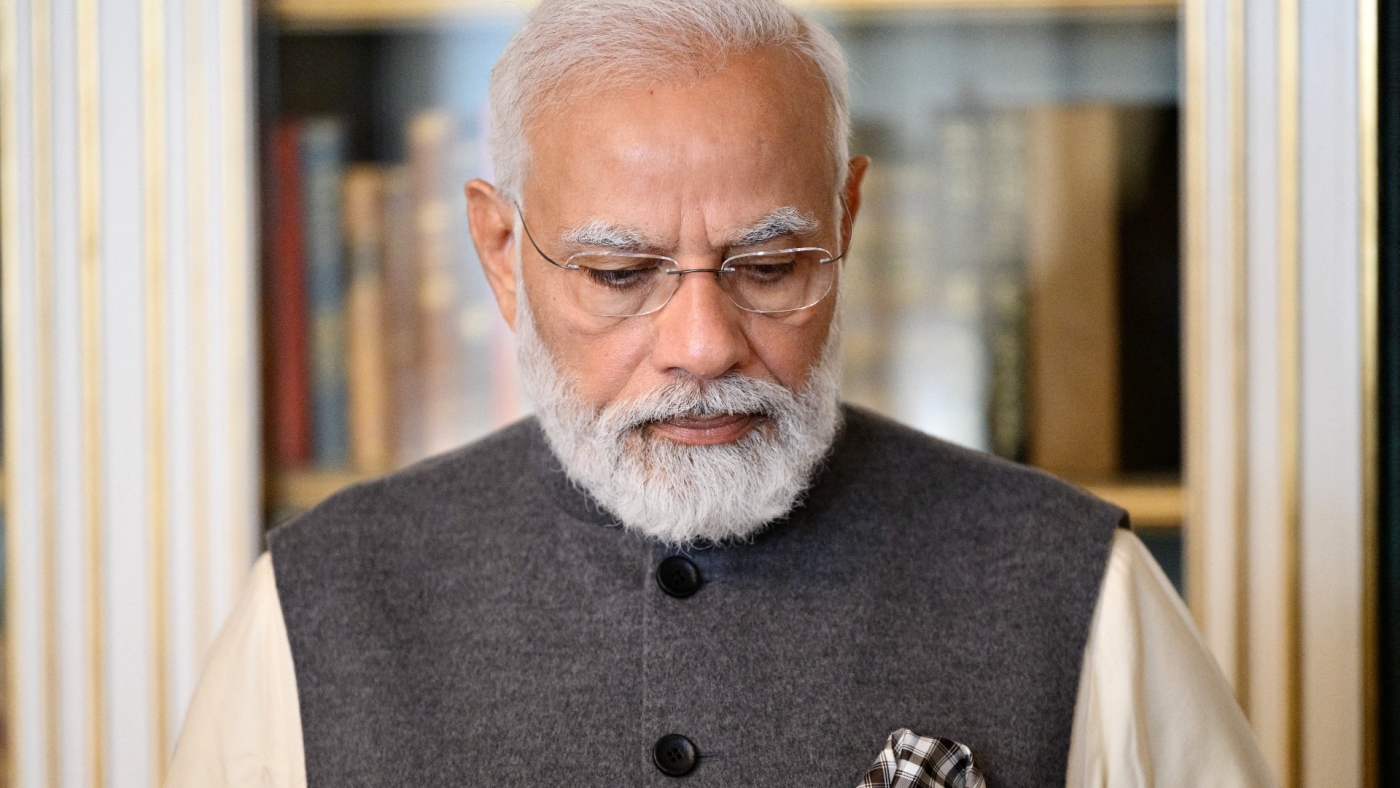 India's Prime Minister Narendra Modi is pictured prior to meetings with the five Nordic Countries at Christiansborg Castle on 4 May, 2022 AFP)

Indian Prime Minister Narendra Modi and his Bharatiya Janata Party (BJP) are scrambling to contain a diplomatic firestorm that has erupted throughout the Middle East over derogatory remarks made by two senior officials about the Prophet Muhammad and the Islamic faith.

For those familiar with Indian politics, the past week has been profoundly revelatory, marking the first time India’s ruling party has been caught embarrassed by its systematic mistreatment of its Muslim minority since riding into office on the back of a muscular Hindu nationalist agenda in 2014.

At the centre of Modi’s international diplomatic discomfort are moves by Gulf states to denounce and condemn his party for insulting the Prophet. In addition, Indian envoys in Qatar, Kuwait and Iran were summoned for a private scolding, while supermarkets in several Gulf states removed Indian products from their shelves. Social media hashtags calling for an economic boycott against India trended on Twitter, Facebook and Instagram.

The spigot is not the only potential pinch point: A bigger issue are the millions of Indian expatriates who live and work across the Gulf states

To all this, Indian journalist Rana Ayyub commented: “Iran, Saudi Arabia and Qatar speaking in one voice. When was the last time the world witnessed this? Modi hai to mumkin hai [translated: Modi made this possible].”

The Indian government has responded by suspending the officials who made the derogatory remarks - and for the first time in the country’s 75-year history, it issued a statement to a foreign country (or in this case, a group of Muslim-majority countries under the umbrella of the Organisation of Islamic Cooperation).

“India was taken aback by the response,” Kabir Taneja, a fellow with the Observer Research Foundation think tank, told CNN. “Communal issues are not new in India and in previous cases, we have not had such a response [from Arab states].”

But it’s hardly surprising the Modi government has been caught off-guard here, given that Arab states have willingly turned a blind eye to any number of India’s persecutory actions against Muslims, including an amnesty law offering citizenship rights only to non-Muslim migrants; bans on students wearing the hijab; discriminatory laws premised on anti-Muslim conspiracies; support for economic boycotts against Muslim-owned businesses; and revocation of Kashmir’s semi-autonomous status.

Arab Gulf governments have also remained tight-lipped as members of Modi’s party have other-ised Muslims as “termites,” “pests” and “terrorists”, while Hindu nationalist groups allied with the BJP have urged their supporters to commit a Muslim genocide - a plea now heard on a near-daily basis. They have also said nothing as Muslims have been lynched, and their homes, businesses and mosques vandalised, by radicalised mobs in broad daylight, and often in the presence of police.

Nevertheless, these governments and Islamic leaders in the Middle East now have Modi’s undivided attention, particularly those calling for “all Muslims to rise as one nation” against India - a plea made by Oman’s chief religious figure, Grand Mufti Sheikh Ahmad bin Hamad Al-Khalili, who also announced a boycott of Indian products.

While the Modi government was able to strike an indignant tone against the United States, accusing it of indulging in “votebank politics” after the Biden administration accused New Delhi of mistreating its religious minorities earlier this month, it knows it must be far more conciliatory towards Arab Gulf countries, given that around two-thirds of India’s crude oil imports flow from the Middle East.

But the spigot is not the only potential pinch point. A bigger issue is the millions of Indian expatriates who live and work across the Gulf states, putting at risk the tens of billions of dollars India receives in remittances from its citizens in these countries.

If Arab Gulf countries were even to threaten the deportation of Indian migrants, or a halt on visas for Indian workers, it would create a massive political crisis for the Modi government - at a time when it can least afford it, given the Indian economy has struggled to grow and a fuel price shock is hitting millions.

According to one Indian observer, India’s trade relationship with Gulf countries bears two-fold significance: oil dependency and a potentially large export market for India. India's bilateral trade with all six GCC group countries, including the UAE and Saudi Arabia, has increased significantly in 2021-22 with Indian exports to the GCC increasing by over 58 percent reaching $44bn. 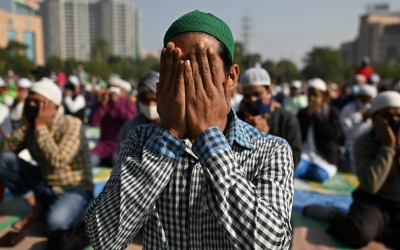 For Indian Muslims the end times have arrived
Read More »

Ultimately, this leaves Modi trapped in a double bind. On the one hand, he knows he must walk back his party’s hostility towards Muslims to appease India’s Arab Gulf partners. On the other, he’s acutely aware that the BJP’s efforts to scapegoat and vilify Muslims have helped him and his party to evade responsibility for an  economy reeling from Covid and inflation.

“To keep winning elections, it needs to keep polarising Hindu voters against Muslims, and spinning ever more outrageous campaigns to demonise Muslims,” said Debasish Roy Chowdhury, coauthor of To Kill A Democracy: India’s Passage to Despotism.

This is why Modi will walk this tightrope by speaking out of both sides of his mouth, telling Middle Eastern leaders what they want to hear, while quietly offering his full support to those within his party who insult the Prophet Muhammad and abuse Muslims. 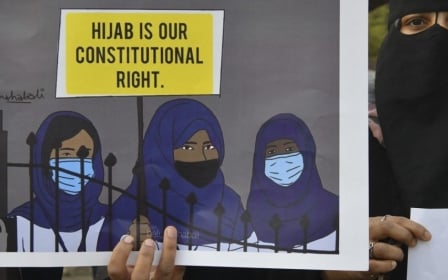 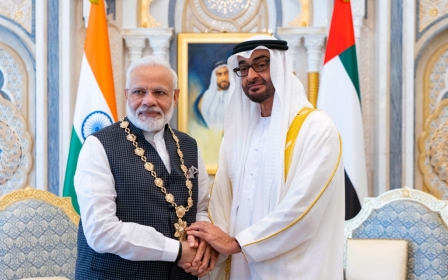 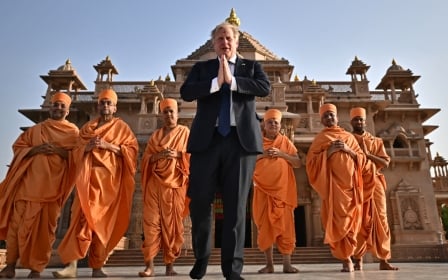