Mohamed Amersi
The Ukraine war shows that the only way independent, mid-sized powers can survive is either to go nuclear or to have a robust security arrangement with reliable superpowers 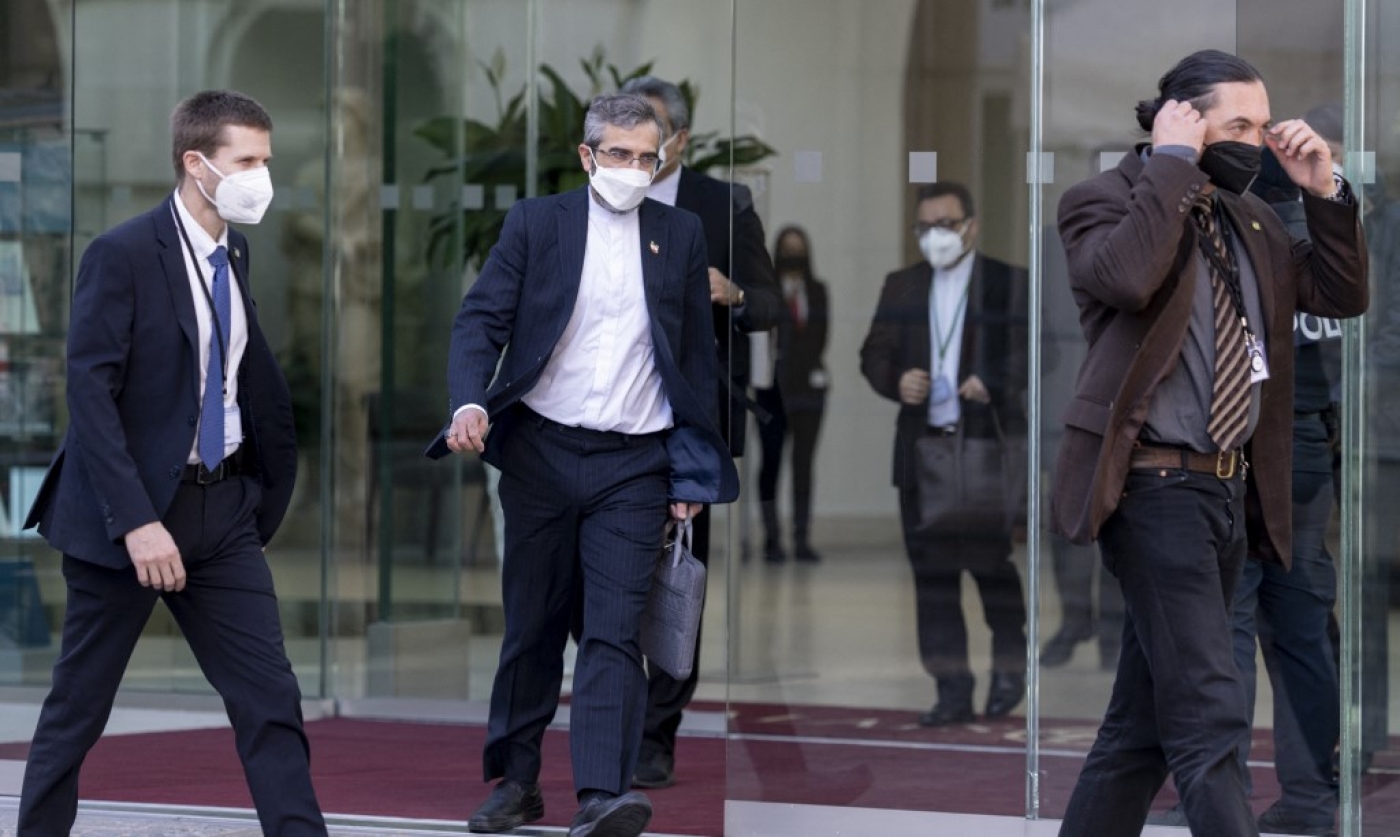 The moribund Iran nuclear deal, or JCPOA, once paraded as a triumph for the Obama administration, now lies in the ashes of the Trump presidency.

Much has been written about how, or if, the West can reignite the deal, but given the current plight of Ukraine after they gave up their nuclear weapons in 1994, is it possible that Iran may question the value signing up to the JCPOA again?

Iran may well ask themselves whether they would be more secure gatecrashing, or preferably being allowed to join the exclusive nuclear club.

Iran wants to see assurances that another Trump-like figure, or Trump himself, could not return to power and yank the US out unilaterally again

Sources close to the negotiations have indicated that new negotiating positions put forward by both sides have stalled the process. Patience is wearing thin. There are also indications that there may be splits amongst the E3 countries (UK, France and Germany) too, with the UK now leaning more towards the US position.

The JCPOA certainly had many advantages for the West. It allowed Israel, the US’s key ally in the region, to remain the only nuclear power, consolidating their hegemonic regional power. It also prevented further proliferation among neighbouring regions, as Saudi Arabia, UAE and Turkey would all have likely wanted to gain nuclear capacity if Iran did. Indeed, some have built nuclear reactors for generating clean energy, but this is how all well-placed intentions begin.

However, the JCPOA also had major failings and stalling points, which are now being exposed as President Biden attempts to renegotiate.

I see at least four current main stalling points in the deal. The first are the sunset clauses. Under the original deal, members agreed to a series of lapsing limitations on Iran, most of which occur after five, eight, 10 and 15 years, colloquially termed “sunsets”. The sunsets gradually permit Iran to ramp up its nuclear programme and let other missile and military restrictions expire.

The fear is any future deal would likely have the same time frames, allowing Iran to reap the financial rewards of the sanctions being lifted, without truly having to curtail their long-term nuclear ambitions or accept longer and more restrictive sunset provisions.

The second is Iran’s insistence that the Islamic Revolutionary Guard Corps (IRGC) be removed from the US State Department’s Foreign Terrorist Organisation (FTO) list. The IRGC was given the terrorist designation after the JCPOA was initially signed and therefore the US is adamant it cannot be brought in as a condition for reigniting the deal.

Thirdly, Iran wants to see assurances that another Trump-like figure, or Trump himself, could not return to power and yank the US out unilaterally again. For this reason, they would like to see the deal go through Congress which is probably unachievable politically. The instability of US democracy and therefore the JCPOA, Iran says, will undermine investors’ trust in the country and prevent them from being able to take advantage of the ending of sanctions.

And the fourth is Iran’s reluctance to curtail support for militias and proxies, and curb interference in Arab matters.

Meanwhile, the US midterms are around the corner and the Ukraine conflict has sapped political bandwidth, hugely influencing public opinion. Evidently, there are still huge stumbling blocks to overcome if this deal is to be reignited. That does not mean it is impossible though, with both sides having incentives to sign.

Biden would see this as a major foreign policy win, at a time when he is badly in need of improving his ratings. Diplomacy has all but failed in Ukraine. The debacle in Afghanistan is still alive and painful; impotence in Iraq and protection of Gulf allies are a sore point; and allowing North Korea to continue its nuclear proliferation will weaken the South Asia pivot.

A win, therefore, with the JCPOA would be welcomed with open arms. For Iran, it would simply release the painful grip that sanctions have on their economy. I therefore do hope, for both sides, that a deal can be achieved.

What if there is no deal?

But what if a deal can’t be reached? What if Iran insists on going nuclear and seeks admission to the club? If this was on the table what could, or should, the West do?

The kneejerk reaction would be to use force to stop it. But at what price? In the Ukraine conflict, it is the Ukrainians who are paying the most expensive price. It’s perfectly conceivable that a pre-emptive precision strike on Iran’s nuclear facilities could turn large parts of the Middle East into another Ukraine with unprecedented death and destruction.

Instead, is it worth considering what the West could ask for in return for allowing Iran to go nuclear in a negotiated framework? One possibility is a stop to Iran’s disruptive support of proxies and militias in the region. Halting their interference in Arab domestic matters would permit Yemen, Syria, Lebanon and Iraq to become independent sovereign states. For Iran, the calculation must be: what is a better trade-off?

For Iran, joining the club would give it the international recognition that it so craves and, with that, the expectation to act responsibly. There is much understandable scepticism and fear over Iran’s stability and whether the other powers could ever accept it having nuclear capacity.

However, as is known in realpolitik terms, nuclear weaponry is a deterrent posture; unless any first strike is so devastating, it is more likely that the retaliation would be strong enough to obliterate the party that strikes first. Deploying a nuclear weapon, knowing the certain ramifications, would not be a rational act. But could the West trust Iran to be a rational actor in this scenario?

It could be argued that the main driver for Iran’s desire to go nuclear comes from their quest for security. With many mid-level powers jostling for influence in the region, Iran feels threatened by the likes of Israel, the UAE and Saudi Arabia. If they had a nuclear arsenal of their own, it would give them greater assurance that they would not be invaded or be vulnerable to what they perceive as interference in their internal affairs by western nations or by rogue local actors. The effect of the 1980s Iraq-Iran war on Iran’s security outlook cannot be underestimated. Iran felt alone and isolated, particularly when it came to the loss of around 50,000 people to Iraqi chemical weapons. To their dismay, they found that the international community in general and the West in particular, ignored the use of chemical weapons in Iran. Iranian elites therefore reached the conclusion that Iran will have to rely on its own resources to provide security for its citizens - nuclear weapons could provide this.

Saying that, Ukraine had in place security arrangements with the western powers when they gave up their nuclear weapons and it has now invoked these to resist the Russian aggression. Would the West be willing to give Iran such guarantees in lieu of nuclear weaponry, and could Iran trust them in a time of need?

Another point to consider is whether Iran, as a member of the nuclear club, could bring a balance of power to the Middle East. Currently, with the US’s well-funded backing, Israel is reportedly the only nuclear nation in the region. Given the US and the UK’s pivot east towards Asia, there is going to be a power vacuum in the Middle East. As the only reported nuclear power and with the rollout of the Abraham Accords, Israel would effectively fill this vacuum.

Threat to the NPT

But will this be acceptable to all the other states of the MENA region? There is the worry that if Iran does go nuclear then other states such as Saudi Arabia, UAE and Turkey will also want to follow suit. What would then become of the Non-Proliferation Treaty?

The danger could be that if the West or Israel are not going to provide the expertise to these countries to go nuclear, they could turn to Russia and China. Is this why Middle Eastern support for the western cause in Ukraine is so lukewarm and nuanced? Is it about optionality?

Iran already has short-range and medium-range missile capability, and is close to harnessing weapon-grade uranium; it would be in nobody’s interests if they gatecrash the nuclear club. For that reason, diplomatic efforts must remain directed at reaching a deal to curtail Iran’s nuclear ambitions and it is still more likely than not that it will happen.

Naturally, there are suspicions about Iran’s intentions and its expansionist ambitions. But some might argue that there are checks and balances in Iran’s system. It is a theocracy and, rightly, there are question marks over its elections and the fact its citizens are subjected to a religious rule of law. But, as has been pointed out, there are bodies such as the Parliament, the Guardian Council and the supreme leader’s office and no one institution can exercise unilateral autocratic power.

But in the meantime, the Ukraine experience shows that the only way independent, mid-sized powers can survive is either to go nuclear or to have a robust and enforceable security arrangement in place with reliable superpowers.

Mohamed Amersi is a British businessman and philanthropist, who has worked extensively in the Middle East and North Africa. He is the founder and chairman of the Inclusive Ventures Group, a social impact platform and the founder and chairman of the Amersi Foundation, which supports programs that promote understanding and diversity, encourage wider access to opportunities and enable people to fulfil their abilities. He is also a donor to the Conservative Party. 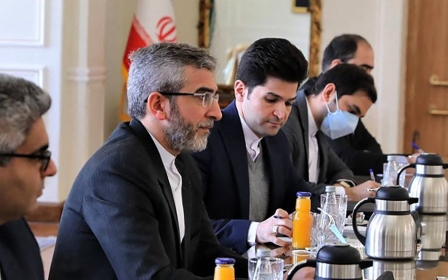 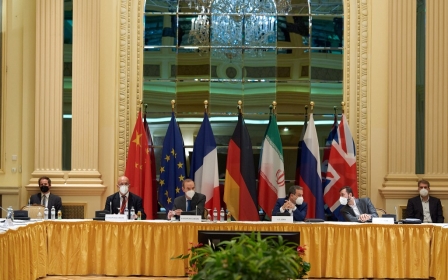 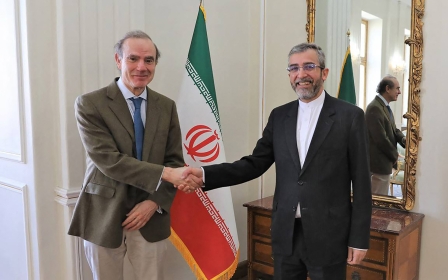