Iran-US relations: A slow walk on the road to war 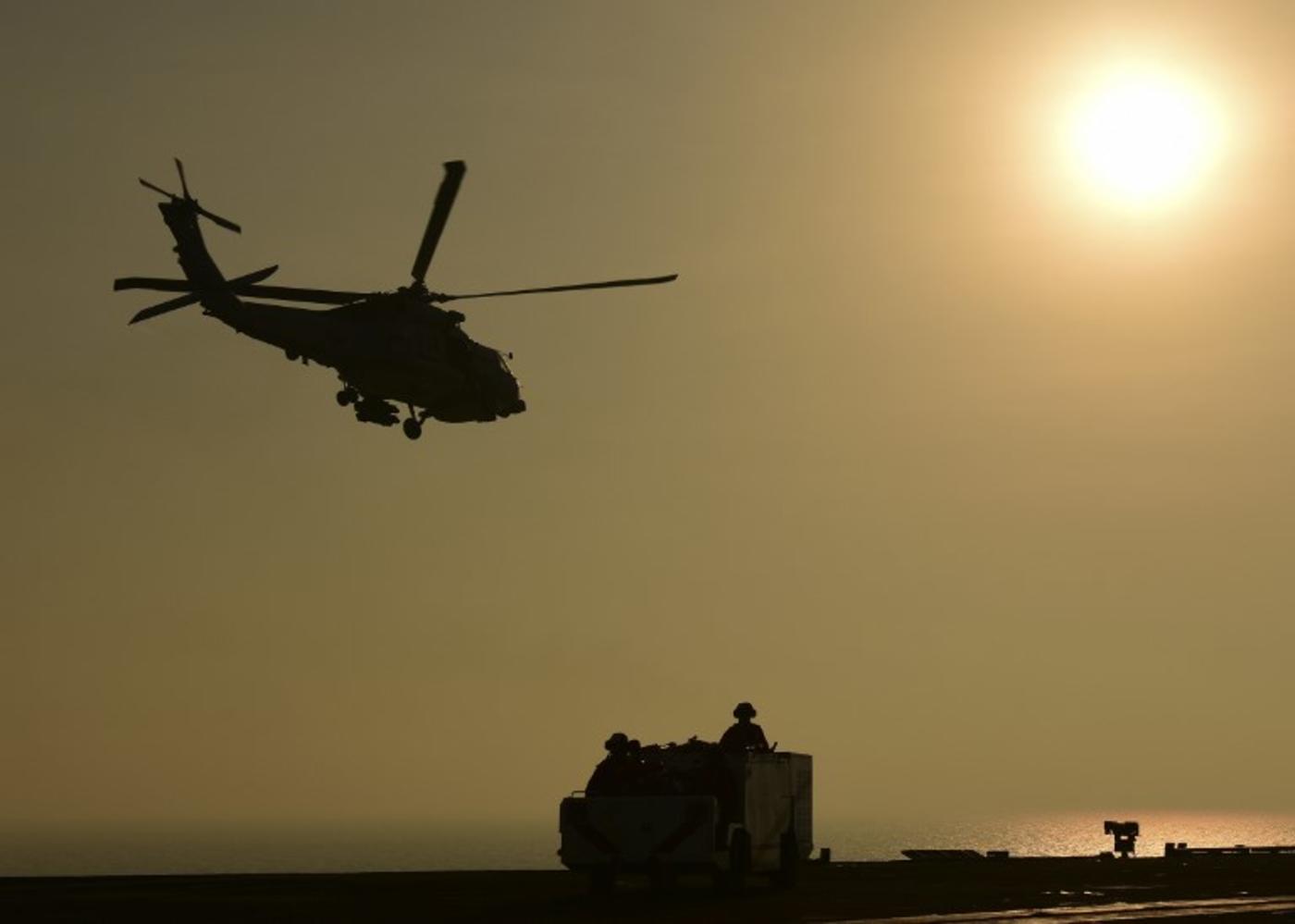 The bill to enact new economic sanctions against Iran, Russia and North Korea - Countering America’s Adversaries Through Sanctions Act - passed both the US House and Senate last week with overwhelming majorities. With veto-proof majorities in both chambers, US President Donald Trump would not be able to halt it and his spokespeople have said he will sign the bill into law. Logically, then, the act is a done deal.

The act’s sanctions on Iran are directed at Iranians, foreigners and entities contributing to the following three areas: Iran’s ballistic missile programme, terrorism-related activities of the Islamic Revolutionary Guards (IRGC), and Iran’s human rights abuses. Almost all of these sanctions were already covered under several executive orders and other US laws.

Three points should be considered regarding the bill:

First, given the major role that the IRGC plays in Iran’s economy, including oil and gas, power generation, shipping and telecommunication sectors, many key companies and organisations may become subject to the sanctions. For instance, a consortium of three investment companies - two of them belonging to the IRGC -  owns more than 50 percent of the shares of the Telecommunication Company of Iran, which dominates the country’s telecoms industry.

Depending on the extent of the sanctions, Iran’s economy could experience a new wave of hardship just two years after significant American sanctions were suspended under the landmark 2015 nuclear deal between Iran and the world’s six powers (the US, the UK, France, Germany, Russia, and China) in exchange for Tehran curbing its nuclear programme.

Second, and less noted, the new bill states that “the Secretary of State, the Secretary of Defense, the Secretary of the Treasury, and the Director of National Intelligence shall jointly develop and submit … a strategy for deterring conventional and asymmetric Iranian activities and threats that directly threaten the United States and key allies in the Middle East, North Africa, and beyond".

To put this into perspective, one should not forget that in June, Secretary of State Rex Tillerson told the House Foreign Affairs Committee that the US policy toward Iran is based on “elements inside of Iran” bringing about “peaceful transition of that government”. It remains to be seen how the administration reacts to this part of the bill, and what new fronts will be opened in the ongoing US-Iran conflict.

Third, the bill may violate the nuclear agreement. According to the agreement, “The United States will make best efforts in good faith to sustain this JCPOA (nuclear agreement) and to prevent interference with the realization of the full benefit by Iran” of the lifting of the sanctions.

But even if it does not, the harsh and aggressive tone and the spirit of the bill will undoubtedly make European and Chinese companies that are eager to invest in, or are negotiating to enter into long-term trade agreements with, Iran step back. This could result in a de facto nullification of the sanctions relief by the US under the nuclear accord, which was Iran’s primary motivation when it agreed to significantly roll back its nuclear programme.

Aside from this bill, there are strong indications that Trump has decided against certifying Iran’s compliance with the nuclear agreement before the next deadline for him to notify Congress, which is in October.

According to a 21 July Foreign Policy report citing three unnamed sources close to the White House, after a "contentious" meeting with Tillerson this month, Trump "instructed a group of trusted White House staffers to make the potential case for withholding certification of Iran at the next 90-day review of the nuclear deal".

Americans are one side of this equation. The other side is Iran, which is unlikely to stand as an idle spectator watching the Americans’ manoeuvrings. Iran’s leader, Ayatollah Ali Khamenei, has repeatedly emphasised that Iran should react to US pressures “mightily” and “from the position of strength”. Addressing officials on 12 June, he remarked, “The more we compromise in this area [to keep the nuclear deal alive] it will be read as our weakness. It will lead [the enemy] to conclude that we have no other choice. This will encourage the enemy to increase its unfair pressures.”

On 27 July, two days after the bill was passed in the House, Iran reacted by launching a satellite-carrying rocket into space. Iranian state television described the launch as involving a “Simorgh” (meaning phoenix in English) rocket that is capable of carrying a satellite weighing 550 pounds.

In a joint statement, Britain, France, Germany and the US declared that “Iran’s programme to develop ballistic missiles continues to be inconsistent with” UN Security Council Resolution 2231 which endorsed the 2015 nuclear deal. The statement called “on Iran not to conduct any further ballistic missile launches and related activities”.

However, the Western powers’ argument is inaccurate. UN Security Council Resolution 1929, from 2010, states that the Security Council “decides that Iran shall not undertake any activity related to ballistic missiles capable of delivering nuclear weapons ….” (emphasis added). However, Resolution 2231 terminated the provisions of the 2010 resolution and, clearly, due to Iran’s insistence on its position regarding its missile programme, changed the language in this respect.

Resolution 2231 reads, “Iran is called upon (not obliged) not to undertake any activity related to ballistic missiles designed to be capable of delivering nuclear weapons” (emphasis added).

In a 28 July tweet, Iran Foreign Minister Mohammad Javad Zarif noted, “Iran is not and will not be developing nuclear weapons; so by definition cannot develop anything DESIGNED to be capable of delivering them."

Under no circumstances will Iran abandon its missile programme. To underscore the significance of the missile programme to Iran, Zarif, in a tweet in March, contended that Saddam Hussein may have not attacked Iran if Iran had missiles.

A matter of time

As was predicted a while ago, it was only a matter of time before Iran’s missile programme would emerge as a flashpoint in US-Iran relations deeper than the nuclear crisis.

If Trump does not certify Iran’s compliance in October, and subsequently does not extend the suspension of US sanctions on Iran (the president has the option to waive the imposition of sanctions every 120 to 180 days), two scenarios may emerge.

First, the less likely scenario is that EU and Chinese companies would not follow the Americans by continuing to do business with Iran. In that case, the US may sanction those companies – otherwise, the re-imposition of American sanctions would be meaningless. In such an eventuality, an international crisis could begin to emerge.

In this respect, some initial cracks between Europe and the US, including a statement last week from the French foreign ministry questioning the legality of the new US sanctions, have already appeared.

In the second and more likely scenario, the EU and China would reluctantly follow the US and stop doing business with Iran. Ostensibly, it would be senseless for Iran to stay committed to the nuclear deal. It would walk away from the agreement, and in retaliation, expand its nuclear programme. Given the administration’s push for regime change in Iran and the extremely hostile environment in the Congress toward the country, the likelihood of a military conflict would notably increase.

In sum, as this author has noted on numerous occasions, it is simplistic to think that the nuclear agreement could survive while Iran and the US are engaged in a fierce competition over gaining hegemony in the Persian Gulf region, Iran and Israel are in constant conflict with one other, and Iran relentlessly seeks to export its revolution thus threatening the US's corrupt allies in the region, led by Saudi Arabia.

Photo: This US Navy photo obtained 29 July 2017 shows sailors assigned to the aircraft carrier USS Nimitz (CVN 68) as they stand watch in an A/S 32-P-25 fire-fighting truck on the flight deck as an MH-60R Sea Hawk helicopter assigned to the "Wolf Pack" of Helicopter Maritime Strike Squadron (HSM) 75, flies above on 24 July 2017 in the Gulf, as Nimitz deploys in the US 5th Fleet area of operations in support of Operation Inherent Resolve. Tehran and Washington on 29 July 2017 accused each other's naval forces of provocative maneuvers in the Gulf that culminated in a US helicopter firing warning flares at Iranian vessels, the latest close encounter between the countries in recent months. (AFP)