As the US pushes Iran to the brink, Tehran may need to get tough

Seyed Hossein Mousavian
With the US sanctions and pressures intensifying, and Europeans failing to provide assurances, Iran’s patience is running out 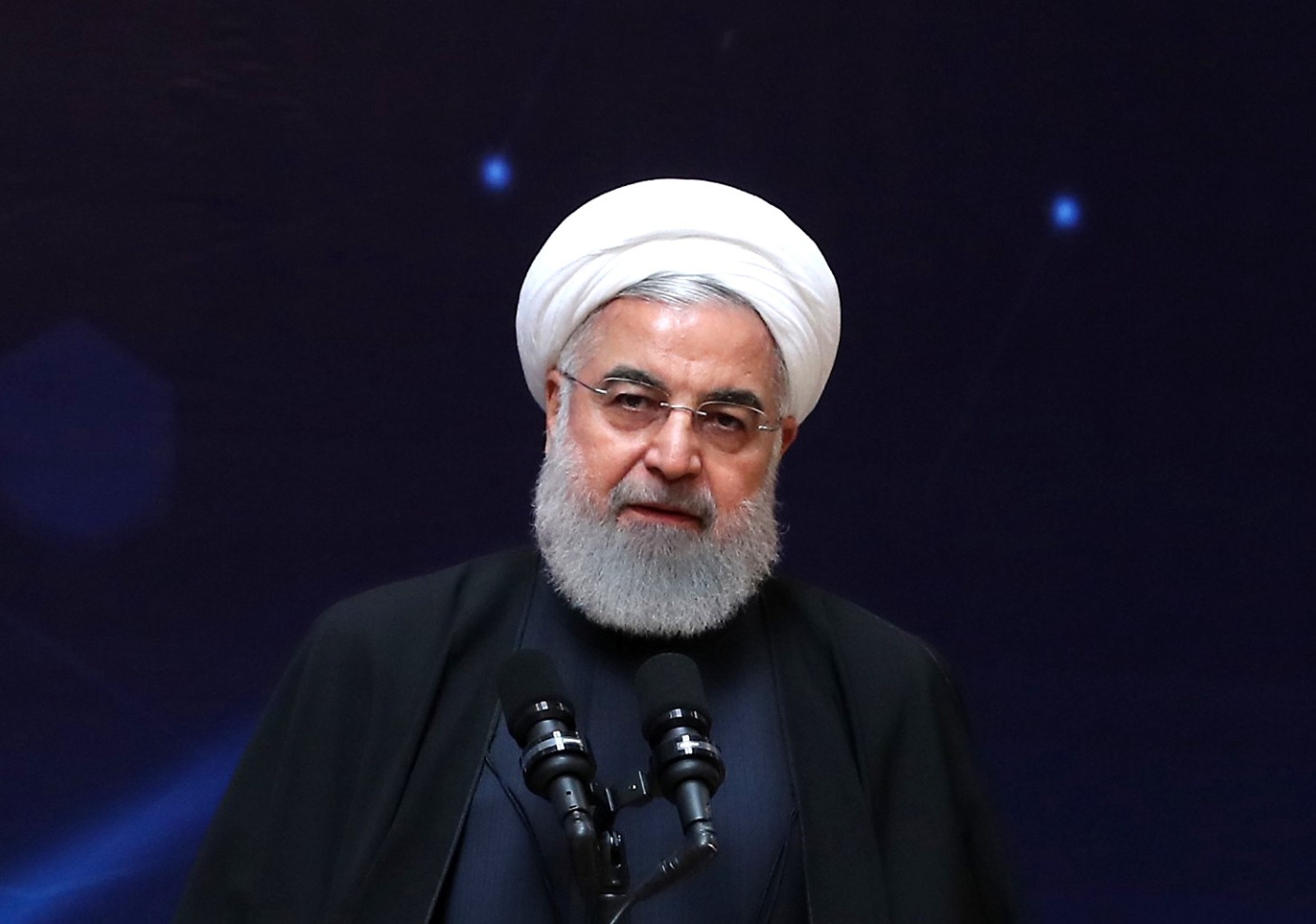 In a meeting held on 28 April, Iran’s deputy foreign minister and a key negotiator of the nuclear deal, Abbas Araghchi, told a European delegation that Iran "has given enough time to make up for repercussions of the US withdrawal from the deal and now the time has come for action".

By withdrawing from the nuclear deal and pursuing the ill-advised policy of "maximum pressure", President Donald Trump has taken US hostilities against Iran to the highest level.

On Sunday, US National Security Advisor John Bolton said that the US was deploying a carrier strike group and a bomber task force to the Middle East to send a clear message to Iran that any attack on US interests or its allies will be met with “unrelenting force".

"The Trump administration’s Iran policy, built on the ashes of the failed Iraq strategy, is pushing us to take military action aimed at regime change in Tehran,” they said.

Mohammad Javad Zarif, Iran’s foreign minister, also said that Trump’s aim "is to bring us to our knees to talk” - but the "B-Team" consisting of Bibi (Netanyahu), (John) Bolton, (Mohammed) Bin Zayed, and (Mohammed) Bin Salman want "regime change at the very least" and the "disintegration of Iran".

The nuclear deal known as the Joint Comprehensive Plan of Action (JCPOA) was achieved after 12 years of intensive negotiations between Iran and the six world powers and was presented in the form of a United Nations Security Council Resolution 2231.

By unilaterally withdrawing from the deal, the United States is the only party that violated the terms of the agreement. Last month it declared Iran’s elite Revolutionary Guard Corps as a terrorist organisation and decided to bring Iran's oil exports to zero.

These attempts suggests that the White House is laying siege to Iran in ways similar to the way the Bush administration did as it prepared to wage an illegal war against Iraq.

And all this is happening when Iran has fully abided by the terms and conditions of the UNSC resolution 2231. The UN nuclear watchdog, policing Iran's deal with major powers, has issued 14 reports attesting that Iran has fully implemented the terms of the deal

Since the US departure from JCPOA, the Europeans' efforts to facilitate trade have failed. Today Iran’s oil exports are 2.5 million less barrels per day, falling to half of what it used to export prior to the US withdrawal.

Iran’s supreme leader, Ayatollah Ali Khamenei, had vowed that if the United States "tears up" the nuclear agreement, “we will set it on fire”. Furthermore he reiterated that the US and Israel are plotting and acting against Iran in all areas and "in the face of the enemy’s battle formation against the Iranian nation, the nation should take up battle formation likewise".

With the US constantly increasing sanctions and pressures, with other world powers failing to provide assurances for the JCPOA’s economic benefits, Iran’s patience is running out. It is left with two options: A gradual withdrawal from the JCPOA or an  immediate departure from Non-proliferation Treaty (NPT) and the JCPOA simultaneously.

In the event that Iran resists unreasonable inspection demands, the US will propagate the Israeli prime minister’s false claims that Iran is seeking a nuclear bomb

“We welcome the EU political stances, but political supports are not solely enough to save the deal,” said the deputy foreign minister. Iran and the remaining signatories to the deal will hold a JCPOA meeting in Brussels on Tuesday to discuss unilateral US sanctions.

Based on article 26 and 36 of JCPOA, if the EU and US re-introduce or re-impose the nuclear related sanctions, Iran can cease its commitment under the deal in whole or in part.

While an appropriate response on the part of Iran against these violations seems necessary, its complete withdrawal from the nuclear deal will have the following consequences.

First, In case of Iran withdrawal from the UN Security Council Resolution 2231, the US will try to activate six prior resolutions, which include unanimous sanctions by all world powers and members of the Security Council and push for suspension of Iran’s uranium enrichment and heavy water activities.

Second, in the absence of resolution 2231, the US-Israel axis would launch heavy political propaganda campaign claiming that Iran’s nuclear programme is a threat to the peace and security of the world as states in article 6 of the UN Charter.

Third, since Iran is a member of the Non-Proliferation Treaty (NPT), the Trump administration will use the treaty as an instrument to push the IAEA functionaries to put unusual inspection demands on the table.

In the event that Iran resists unreasonable inspection demands, the US will propagate the Israeli prime minister’s false claims that Iran is seeking a nuclear bomb.

Fourth, by withdrawing from the nuclear deal, the US would try to convince the other world powers that Iran is violating NPT. Hence, the withdrawal option is a loss for Iran and a win for the "B-Team".

The second option is to send an official memorandum to the six world powers (excluding the United States) who were involved in the negotiations for the nuclear deal, as well as the UN general secretary and the director of IAEA, indicating that if they fail to uphold their part of the bargain within a given deadline, Iran will withdraw from the Non Proliferation Treaty (NPT) and the JCPOA simultaneously. Iran’s foreign minister has already alluded last month to this option. "[The] Islamic Republic’s choices are numerous, and the country’s authorities are considering them... and leaving [the] NPT is one of them," he said.

Both options are risky. The possibility of military confrontation exists in both options, but the latter is more effective because the United States will no longer be able to use the NPT as an instrument against Iran.

In return, withdrawing from the NPT will bolster Iran’s position on the negotiation table more than ever by giving it more bargaining power.

The United States will then have to beg Iran to join the NPT and nuclear deal once again.