Iraq, 15 years later: The fixation on 2003 does a disservice to Iraq and its peoples

Fanar Haddad
The unhealthy obsession with the year of the invasion effectively writes out subsequent, and still unfolding, history 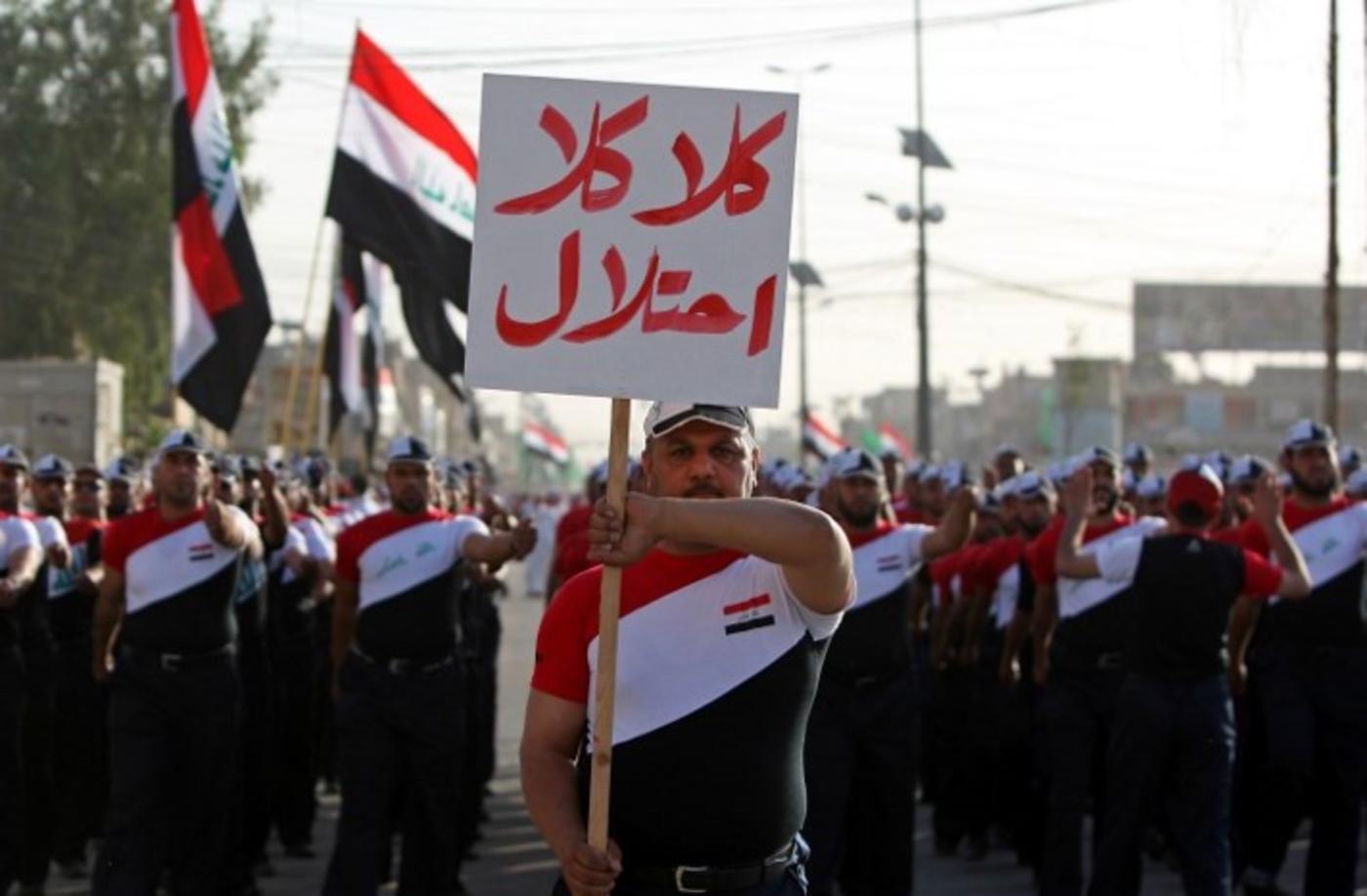 It’s that time of year again, April 9, the anniversary of the illegal invasion of Iraq. On this day 15 years ago the invasion climaxed with the destruction of Saddam Hussein’s regime, a moment captured in the iconic images of the tyrant’s statue coming down in central Baghdad as the capital plunged into mayhem.

Every regime change anniversary brings the same polemics, arguments and impossibly simplistic questions. Was Iraq better off under Saddam and his regime? Was the invasion a good idea? Was it worth the human cost? Was pre-2003 Iraq better than the Iraq that followed?

It's a vacuous debate. Firstly, it is not really possible – not in any intellectually meaningful sense – to compare and rank two settings that are so fundamentally different. Socially, politically, economically, culturally – in every sense of the word – we are dealing with two entirely different eras.

Secondly, favouring one era over the other is an inherently subjective exercise; one that Iraqis in Iraq who have lived through both eras are the best placed to engage in. Yet as a subjective judgment, it is not the best basis for generalisations.

Rather than making superfluous comparisons between two impossibly different eras, we should instead consider each on its own flaws and merits

Depending on the indicator one chooses, one can use the last 15 years and the years preceding them to paint a picture of deterioration or improvement. The greater political openness and political freedoms that post-2003 Iraq enjoys may be important enough to justify the costs of the past 15 years amongst some Iraqis but not amongst others.

Those Iraqis who were barred from visiting or living in pre-2003 Iraq will likely have a more positive view of regime change and what followed than those who were forced to leave Iraq since 2003. And so on in this way, any number of sorrows and joys can colour how individual Iraqis view the changes that their country has undergone.

What is remarkable is how much of a dialogue of the deaf these debates are. Opponents of the current order cannot understand how anyone could prefer it to the status quo ante and opponents of the Saddam era seem oblivious to the fact that some Iraqis have lost out in the post-2003 order.

In addition to imposing an impossible binary on us, the comparisons game between pre and post-2003 Iraq is hopelessly politicised and far too rigidly anchored in the year of the invasion. Arguments about the merits and flaws of the two eras often lead straight back to 2003 and are far more likely to reveal people's opinions of the invasion rather than provide any insight into the transformations of the past 15 years.

This inability to move away from 2003 has turned Iraq into a prop for a 15-year-old discussion that, when had today, requires a dangerous abstraction of Iraq and its peoples.

For most of the past 15 years this attitude was easily encountered in left-wing western circles and in sections of Arab public opinion and Arab (new) media. In this callous view, the fiercer Iraq's fires burned the better because opposition to the post-2003 order was such that it overrode any concern or sympathy for Iraq and Iraqis. (The parallels with the debate on Syria over the last seven years are grimly obvious).

Rather than making superfluous comparisons between two impossibly different eras, we should accept that some things have improved and others have not and that ultimately, each era should be considered according to its own flaws and merits – and both have plenty of the former and a little of the latter.

In short, it is not a question of better or worse; rather, in 2003 Iraq exchanged one set of problems for another. More important are the years since 2003: the unhealthy obsession with the year of the invasion effectively writes out subsequent, and still unfolding, history.

The invasion created a dysfunctional state that has struggled with near-perpetual crisis and violent conflict. Could this have been averted with better planning? Perhaps.

The invasion and occupation's criminal negligence, incompetence and callous disregard for Iraqis made matters worse but, in the context of 2003, even the best-planned invasion would have had to contend with several major handicaps: issues of legality and legitimacy; the broad rejection of the invasion throughout the region; the pre-2003 legacy issues that couldn't just be wished away – be it communal grievances, political score-settling, the corrosive impact of 13 years of sanctions on every facet of Iraqi life and so forth.

Last but not least, even the best-planned occupation would have had to contend with the Iraqi political classes who have excelled at little else besides the cannibalisation of the state.

This is usually taken as grounds for making value judgments regarding the two eras ("we used to have one Saddam now we have hundreds," and the like). Again, there are few intellectually coherent grounds for such absolute comparisons. History did not end in 2003 and Iraq has been through many shifts over the last 15 years.

Much has improved over that time and today there is room for optimism – perhaps more so than at any time since 2003. More to the point, we are able to look back at the Saddam era and critically assess a clearly delineated historical time period. "Post-2003 Iraq" by contrast is an open-ended frame, a still unfolding story.

Surveying the last 15 years one comes across few constants. Iraq in 2006 is not what it was in 2012 which in turn bears little resemblance to Iraq today. Most importantly, there is no telling where Iraq will be a few years down the line.

And herein lies the heart of the matter: the comparisons game and the fixation on 2003 does a disservice to Iraq and its peoples because it forces them to look backwards and choose between a ghastly totalitarian regime or 15 years of near continuous violence, dysfunction and crisis thereby denying them the possibility of a third alternative.

It's like being forced to choose between the violence of Partition and British colonialism in, say, the late 1940s without a thought as to what might become of the subcontinent in the future.

Iraqis deserve a better political system than anything that even the oldest living Iraqi has experienced. That alternative can only be built in the future and rather than a constricting binary that revolves around 2003 and two unsatisfactory eras, it is to the future that Iraqis need to look to for a better reality.

Photo: A member of the Iraqi Sadr Movement's Mahdi Army holds a sign "No to occupation" as he leads a parade demanding the withdrawal of US forces from Iraq in Baghdad's predominantly Shiite suburb of Sadr City on 26 May 2011 (AFP) 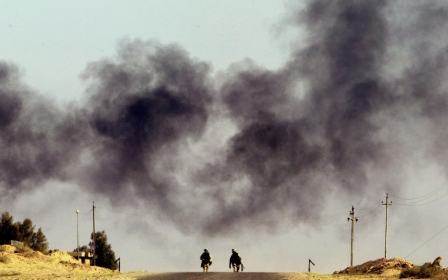 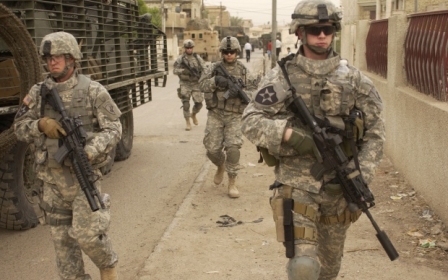