Mustafa Salama
The division of Iraq is currently the country’s sober reality, and it seems like this will be the case for quite a while 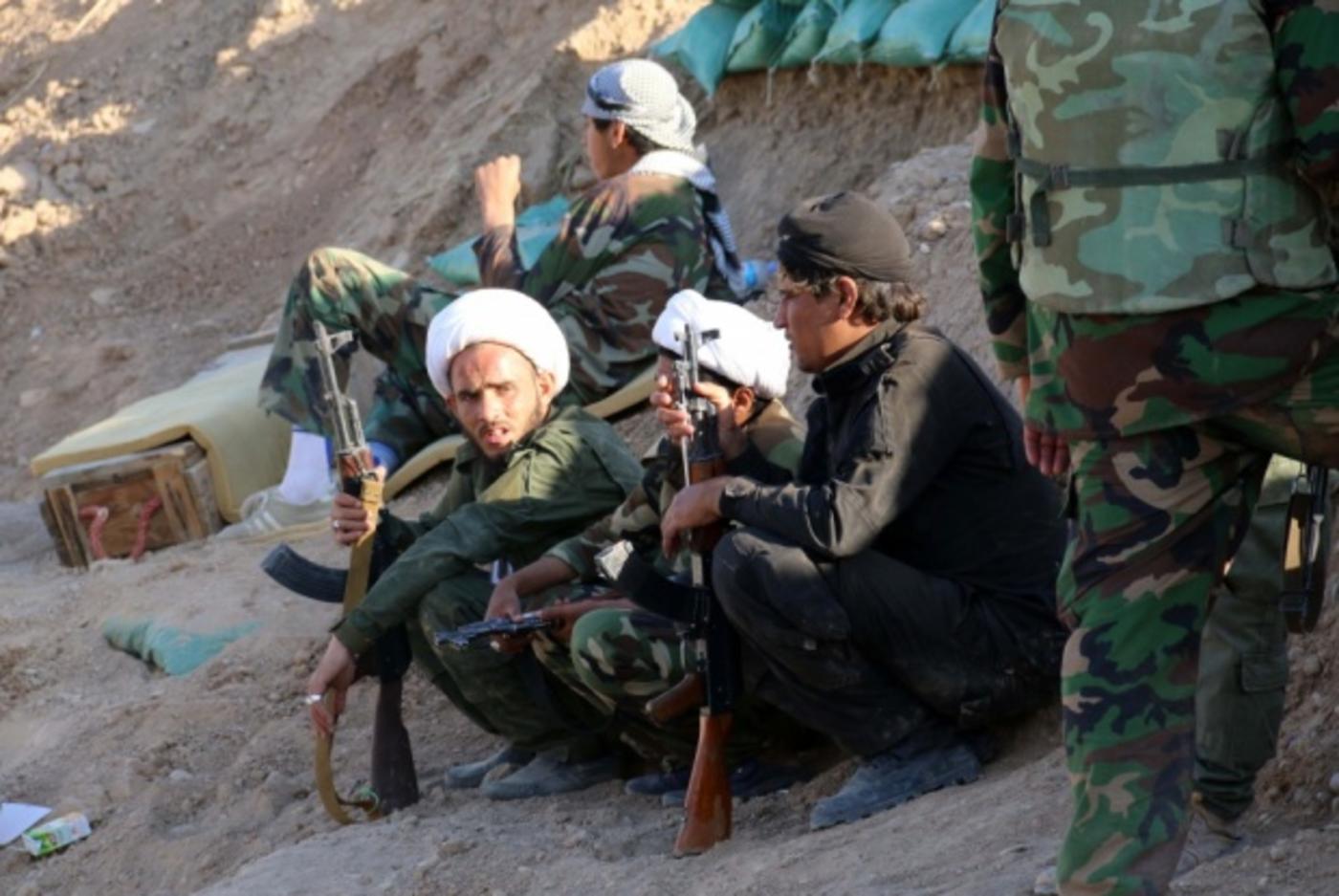 Iraqi Minister of Foreign Affairs Ibrahim al-Jaafari has asked the international community to assist Iraq economically and also militarily against the Islamic State (IS) group. In New York, in a word to the UN Alliance of Civilisations conference, al-Jafaari said that it was the responsibility of the world to fight IS. He added: “Iraq does not want you to send your sons on our lands to fight instead of us, rather as Iraqis we are mobilising all our sons to bravely face this danger.”

The conference, which gained some coverage in the Arab world, was hardly, if at all, mentioned in Western media - after all, the United States has just left Iraq under President Barack Obama and there seems to be no interest in getting more entangled with Iraq’s huge mess.

Still, however, Iraq’s problems are typically viewed in light of IS, though Iraq’s challenges to its integrity as a cohesive nation state goi far beyond the emergence of IS.

The central authority in Baghdad under Prime Minister Haider al-Abadi has recently called upon Sunni Arabs in six provinces to help the nation fight IS. This is certainly not the first time, though al-Abadi is yet to receive any serious response.

And, while it is not the first time Baghdad has made this call, the central authority seems to forget that it is in a years-long conflict with Sunni Arabs. One should not forget the UN-documented, government-affiliated Shiite death squads killing Sunnis in 2006, nor the violently dispersed Sunni protests that started in 2013, in which protesters called for reform against corruption and marginalisation. The violent crackdown prompted the Mufti, the formal highest Sunni Iraqi religious authority, to call for “jihad” against Nouri al-Maliki’s government at the time.

As Baghdad retakes land from IS, its army and volunteer fighting militias have committed “extrajudicial killings, torture, abductions and forcibly displaced a large number of people, often with impunity,” as noted by the UN High Commissioner for Human Rights report. This was done to Sunnis in places that IS fled as al-Abadi’s forces advanced. Human Rights Watch has also reached similar conclusions and condemned the UN Human Rights Council’s resolution on Iraq for failing to mention atrocities by government-affiliated militias, volunteer forces and official Iraqi forces. However, UN Secretary General Ban Ki Moon made a quick visit to Iraq and made strong remarks while speaking on a podium next to al-Abadi, saying: “Alleged violations or abuses of human rights must be investigated and perpetrators need to be held to account.”

So far no investigations have taken place. Al-Abadi has continuously defended these volunteer forces known as “al-Hashd al-Shaabi” or the Popular Mobilisation Forces.

It is unlikely that al-Abadi will antagonise his constituency by investigating such crimes. Furthermore, his government doesn’t have any real control over the militia. In fact, there have been obvious signs of power struggles over leadership of such forces to the point that al-Abadi had to publicly denounce those trying to gain leadership over al-Hashd al-Shaabi.

One wonders then the value of al-Abadi’s calls to Sunni notables to fight IS along with Baghdad’s forces in Anbar province. After all, the Mufti of Iraq refused calls in December 2014 to fight IS in Anbar, citing numerous violations by Baghdad’s government forces and its militias. He said “Is it required that we expel ISIL [IS] so that the militias come rape our honour? … We are not stupid to the extent of opening an internal front so that the militias come and slaughter us.”

To further demonstrate this lack of trust and inherit contradiction one could watch Abdul Razaq al-Shimari, the foreign relations representative of the Sunni Populist Movement (which arose from the 2013 protests), speak on Al Jazeera. He does not doubt that the Sunnis of Anbar will fight, if armed properly, against IS, but says they will also fight against the “militias’ crimes” - the very same militias supported by the government. On the same programme, the government representative and al-Shamari engaged in such intense verbal bashing that the TV host had to take an early break.

IS’s emergence is not merely about its ideology. The Sunni Arab community in Iraq has been effectively marginalised.

Controversy arose upon IS’s release of a video claiming that 30 heads of clans and notables in Mosul have pledged allegiance to its leader Abu Bakr al-Baghdadi. Regardless whether or not these claims are entirely authentic, it should be no surprise if there is at least some truth to them.

Abadi’s government is trying to gain international sympathy and support through its struggle against IS. Providing such support will not transform the greater context in which the conflicts thrive. The sectarianism that has been ignored for so long and was brushed aside under Obama’s administration in favour of a quick pull-out has now come to haunt not only Iraq but the region at large.

IS holds large swathes of Iraqi land, effectively destroying the territorial integrity of Iraq; add to that Iraq’s Kurdish region, which has its own internal borders, flag, anthem, government, parliament and military (Peshmerga) forces; it is effectively a country within a country. The division of Iraq is currently the country’s sober reality, and it seems like this will be the case for quite a while.

Obviously Iraq’s problems cannot only be treated as merely a security problem; rather, without a political process that creates some sort of bare minimum reconciliation and recognition of Sunni Arab rights, there will be no steps towards long-term, sustainable peace. Perhaps such a reconciliatory process would have made more sense after the protests of 2013, but such a great chance was regrettably missed. Worse still is the fact that the voices that fuel the conflict seem to be the loudest now. Unfortunately, Iraqis - including 3.7 million internally displaced people - are the first to suffer as a result.

Photo: Iraqi Kurdish Peshmerga forces and al-Hashd al-Shaabi factions hold a position close to the village of Bashir in the Qatqa Daquq district (45 km south of Kirkuk) on 18 April 2015 as they launched an operation aiming to recapture nearby villages from the Islamic State (IS) group (AFP)