Israel awakens the Palestine it tried to crush

Ramzy Baroud
The brutal war unleashed on Gaza has one aim – and it has nothing to do with the three killed settlers. Netanyahu knows he has to crush a collective Palestinian spirit that’s emerged despite Israel’s decades of assimilation efforts 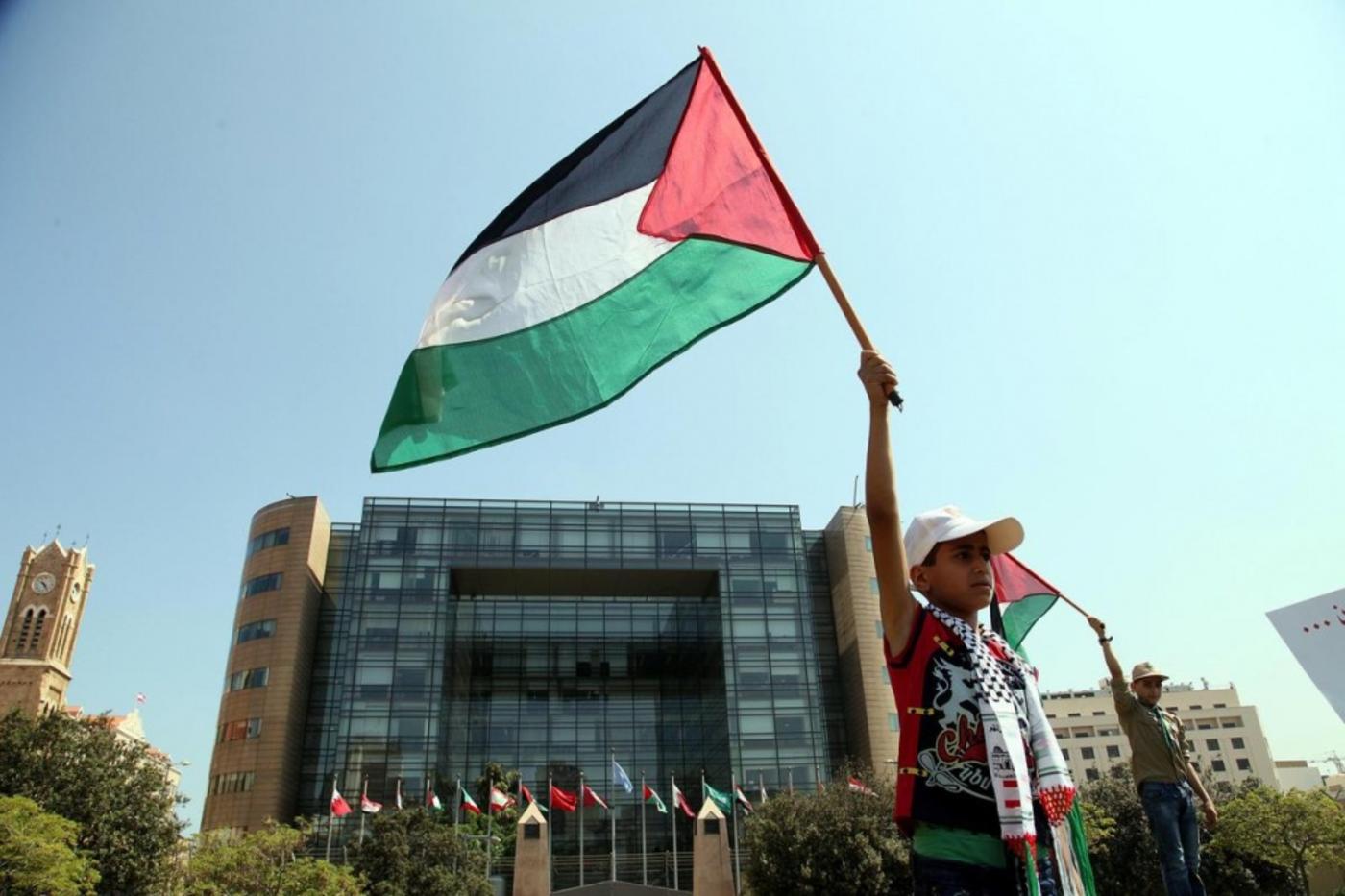 When the bodies of three Israeli settlers - Aftali Frenkel and Gilad Shaar, both 16, and Eyal Yifrach, 19 - were found on 30 June near Hebron in the southern West Bank, Israel went into a state of mourning and a wave of sympathy flowed from around the world. The three had disappeared 18 days earlier in circumstances that remain unclear.

The entire episode, particularly after its grim ending, seemed to traumatize Israelis into ignoring harsh truths about the settlers and the militarisation of their society. For instance, one of the three has since been accused of humiliating Palestinian prisoners, while another was reportedly an occupation soldier.

Amid a portrayal of the three as hapless youths, although one was a 19-year-old soldier, commentators have failed to provide badly needed context to events. Few, if any, assigned the blame where it was most deserved – on expansionist policies which have sown hatred and bloodshed.

Before the bodies’ discovery, the real face of Netanyahu’s notoriously right-wing government was well-known. Few held Illusions about how “peaceful” an occupation can be if run by figures such as Foreign Minister Avigdor Lieberman, Economy Minister Naftali Bennett, and Deputy Defence Minister Danny Danon. But because “children” – the term used by Netanyahu himself – were involved, even critics didn’t expect an exercise in political point-scoring.

There was sympathy elicited for the missing settlers case, but it quickly vanished in the face of an Israeli response (in the West Bank, Jerusalem and later a full-scale war on Gaza) largely seen in the crucible of world opinion as disproportionate and cruel. Rather than related to the tragic death of three youths, this response obviously reflected Netanyahu’s grand political calculations.

As mobs of Israeli Jews went out on an ethnic lynching spree in Israel, Jerusalem and the West Bank that some likened to a “pogrom”, occupation soldiers conducted a massive arrest campaign of hundreds of Palestinians, mostly Hamas members and supporters.

The Islamic Resistance Movement Hamas said it had no role in the death of the settlers, and this appears plausible since they rarely hesitate to take credit for something carried out by their military wing. Israeli military strategists were well aware of that.

This war on Hamas, however, has little to with the killed settlers, and everything to do with the political circumstances that preceded their disappearance.

Nakba and a new Intifada

On 15 May, two Palestinian youths, Nadim Siam Abu Nuwara, 17, and Mohammed Mahmoud Odeh Salameh, 16 were killed by Israeli soldiers while taking part in a protest commemorating the anniversary of the Nakba, or ‘Great Catastrophe’. Video footage shows that Nadim was innocently standing with a group of friends before collapsing as he was hit by an Israeli army bullet.

The Nakba took place 66 years ago as the so-called Arab-Israeli conflict emerged. An estimated one million Palestinians were forced out of their homes as they fled a Zionist invasion. Israel was established on the ruins of that Palestine.

Nadim and Mohammed, like the youths of several generations since, were killed in cold blood as they walked to remember that exodus. In Israel, there was no outrage. However, Palestinian anger, which seems is in constant accumulation – being under military occupation and enduring harsh economic conditions – was reaching a tipping point.

In some way, the deaths of these Palestinian youths were a distraction from the political disunity that has afflicted Palestinian leaderships and society for years. Their deaths were a reminder that Palestine, as an idea and a collective plight and struggle, goes beyond the confines of politics or even ideology.

Their deaths reminded us that there is much more to Palestine than the whims of the aging Palestinian Authority ‘President’ Mahmoud Abbas and his Ramallah-based henchmen, or even Hamas’s regional calculations following the rise and fall of the ‘Arab Spring.’

The Israeli reaction to the settlers’ death has been different. After the bodies’ discovery, fellow settlers and right-wing Israelis began exacting revenge from Palestinian communities. The mob was united by the slogan “death to the Arabs”, reviving a long-disused notion of a single Palestinian identity that precedes the emergence of Fatah and Hamas.

Perhaps paradoxically, the grief and anger provoked by the death of Mohammad Abu Khdeir, 17, who was burnt alive by Israeli settlers as part of this lashing out, has furthered this reawakening of a long-fragmented Palestinian national identity.

An identity that had suffered due to Israeli walls, military tactics and the Palestinians’ own disunity, has been glued back together in a process that resembles the events which preceded the first and second uprisings of 1987 and 2000 respectively.

Much can be said about the hypocrisy in which Western governments have responded to the deaths of Palestinians and Israelis, the sorry state of Arab affairs, the pressure placed on the increasingly collaborative Abbas to find the killers, and the lack of a serious response to Israeli army and settlers abuse of Palestinian youth, including an American-Palestinian boy. But Palestinian collective action is hardly motivated by the renowned hypocrisy of the West. The greatest Palestinian priority for now is finding a common strategy that would cement unity and eventually achieve their national aspirations.

However, unlike in the previous Intifadas, the hurdles towards a unified voice this time seem insurmountable. Abbas is a weak leader who has done so much to meet Israel’s security expectations and so very little to defend the rights of his people. He is a relic from a bygone era who merely exists because he is the best option Israel and the US have at the moment.

In the aftermath of the Israeli violent response to the killing of the settlers, Abbas laboured to coordinate with the massive Israeli search. At times, he stayed away as Israeli troops brutalised Palestinians in the West Bank.

It is clear that there can be no third Intifada that leaves Abbas and his wretched political apparatus in place. This is precisely why Palestinian Authority goons prevented many attempts by Palestinians in the West Bank to protest the Israeli violence unleashed in the occupied territories, which finally culminated into a massive war against Gaza that has killed and wounded hundreds. These very PA officers who stood by as the army raided Palestinian homes at will were the ones that swiftly moved to crush Palestinians who tried to assemble in protest.

Whatever credit Abbas supposedly gained by closing ranks with Hamas to form a unity government last June has been just as quickly lost. It has been overshadowed by his own failures to live up to commitment under the unity deal, and the relevance of his ‘authority’ was quickly eclipsed by Israeli violence, highlighting his and his government’s utter irrelevance to Israel’s political calculations.

When Israel launched its massive arrest campaign, which mainly targeted Hamas in the West Bank, the Hamas’ political wing was already considering “alternatives” to the unity government in Ramallah. This was not seen in statements by Hamas officials, who refused to reveal their frustration with Abbas and his Ramallah echelon, but rather in the clearly worded remarks uttered by senior Hamas official Dr Ahmed Yousef in an interview with Ma’an news agency.

The Rami "Hamdallah government has failed to fill" the political vacuum left open by the dismantling of the Hamas government in Gaza, Yousef said. “We are talking about an all-faction leadership to prevent security chaos and solve the crisis of salaries for the Gaza Strip's civil servants," he added.

Hamas’s objectives were not being met. The unity deal was meant to achieve several goals: end Hamas’s political isolation in Gaza, resulting from the intensifying of the siege by Egypt’s dictator Abdul Fatah al-Sisi, solving the economic crisis in the Strip, and also allowing Hamas to revert to its old brand, as a resistance movement first and foremost.

Hamas was perhaps hoping for a similar political arrangement like the one enjoyed by Hezbollah in Lebanon: to hold massive political sway, to maintain its military presence and to navigate its way between resistance and politics as it sees fit. It is a difficult model to duplicate though, since the physical topography and political landscape of Palestine is largely different from Lebanon.

Even if Hamas succeeded in establishing a new brand based on resistance/political model, Israel was determined to deactivate any potential for Palestinian unity. Destroying that unity became almost an obsession for Netanyahu.

The disappearance of the settlers gave Netanyahu’s quest a new impetus. He immediately began a campaign pressuring Abbas to break away from Hamas. In fact, Abbas became the target for a Zionist campaign that goes beyond Israel. His language was closely monitored, and criticized by the likes of the pro-Israel Anti-defamation league. ADL, which is always supportive of Israeli wars on Gaza, fumed when Abbas used the term ‘genocide’ to describe the killing campaign.

While Abbas was surviving in a state of political irrelevance, Hamas launched a fierce resistance campaign in Gaza. It united various resistance groups, including those affiliated with Abbas’s own party, Fatah, and began responding with barrage of rockets into Tel Aviv, Haifa, Jerusalem and elsewhere. Although few Israelis were hurt, at least at the time of writing this article, while hundreds of Palestinians were killed and wounded, Hamas’s show of prowess further alienated Abbas, now growingly seen, along with his authority as ‘collaborators’ with Israel.

Majdi, a 28-year-old from Deheisheh refugee camp put it best: “The Palestinian police are mercenaries for the Israeli occupation; they just watch and do nothing."

Netanyahu has focused his attacks on Hamas. He wants to eradicate them from the West Bank, per his own statements, then strike them and other resistance groups in Gaza. His motivations are many, including the need for periodic strikes that constantly erode the preparedness of the resistance every few years - past assaults were launched in 2006, 2007, 2008-9, 2012 and now 2014.

But this time there were new objectives inspired by new circumstances, including the fact that Netanyahu’s own government, which stood on a very shaky ground since its inception - partly due to constant infighting between Minister of Justice Tzipi Livni and others on the far right – is in political trouble.

Livni’s last threat to leave the government was made on June 11, a day before the settlers disappeared. The right wing union, between the prime minister’s own Likud party, and that of Liberman’s Yisrael Beitenu was dissolved on July 07.

Such cracks in Netanyahu’s coalitions seem too deep for even a massive war on Gaza to remedy.

This unity is much more alarming for Netanyahu than a political arrangement by Fatah and Hamas necessitated by regional circumstances. The targeting of Hamas is an Israeli attempt at challenging the emerging new narrative that is no longer about Gaza and its siege anymore, but the entirety of Palestine and its collectives regardless on which side of the Israeli “separation wall” they live.

A true Palestinian unity, culminating in a massive popular Intifada is the kind of war Netanyahu cannot possibly win.