Israel-Gaza: How Palestinian resistance is challenging the tech supremacy of war 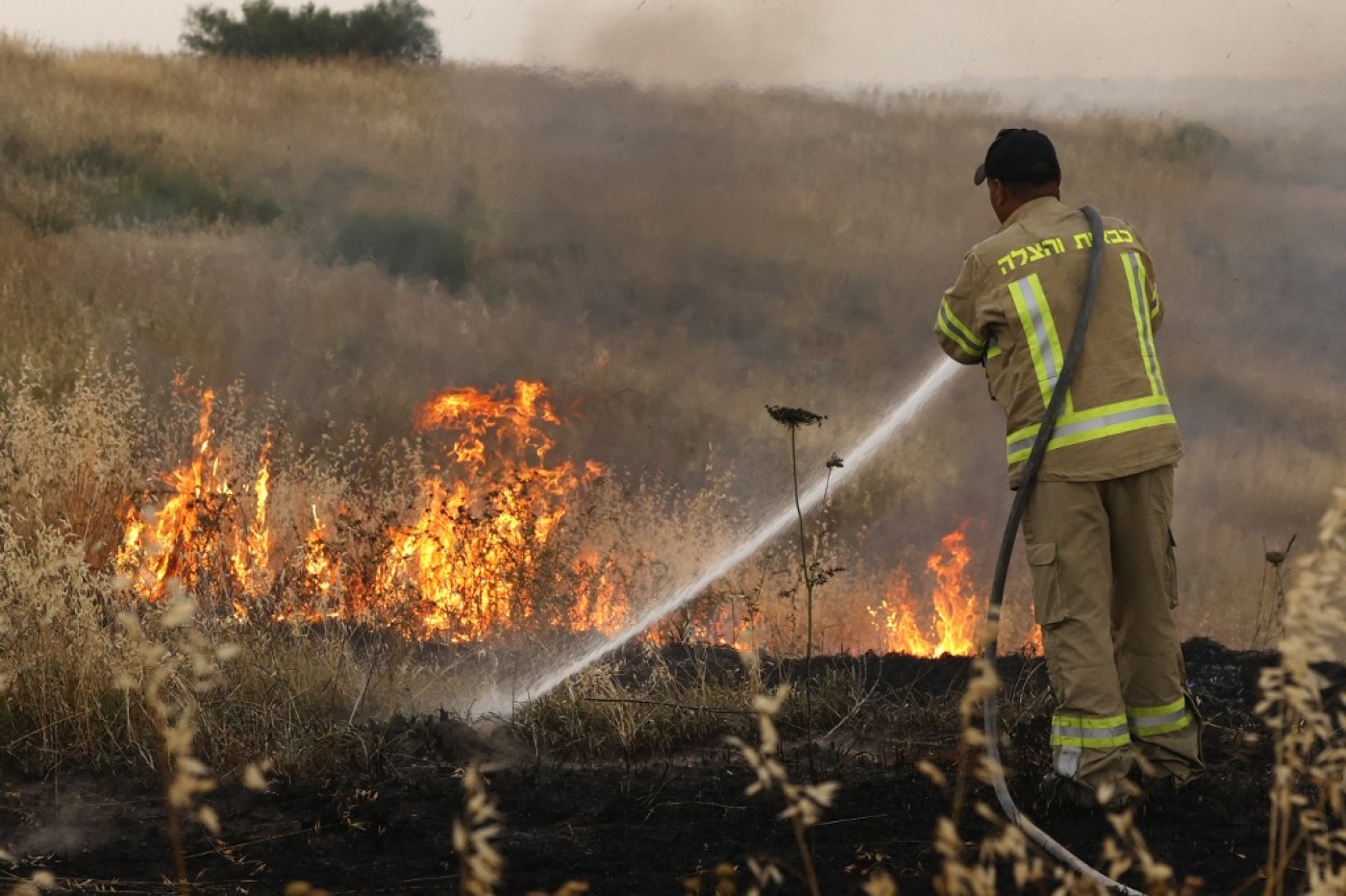 In its latest confrontation with Israeli occupation forces, and in response to continued Israeli aggression against al-Aqsa Mosque and Jerusalem residents, the Gaza-based Palestinian resistance unleashed a fleet of incendiary balloons targeting the colonial settlements bordering the Gaza Strip.

As Israel’s aggressive actions in Jerusalem have not technically violated the ceasefire signed in May, the Palestinian response had to eschew military force; instead, it creatively weaponised the mundane. While embodying the spirit of resistance, the Palestinian response had to remain low-impact, so as not to constitute a pretext for a new round of Israeli hostilities.

Yet, Israel responded by launching air strikes against what it claimed were Hamas targets in Gaza, effectively violating the ceasefire. Still, a significant part of mainstream western media and public opinion views this Israeli violation as justifiable self-defence, while the balloons from Gaza are seen as purposeless, misguided and provocative.

The same attitude met the May confrontations. Although the Gaza-based resistance was able to use its missiles and drones - relatively primitive compared to Israel’s military capabilities - to maximum political effect, while minimising casualties and destruction on the Israeli side, they were still depicted by the mainstream media as misguided, chaotic or even desperate. On the other hand, Israeli missiles were portrayed as justifiable, with the state’s military power described as targeted and sophisticated.

This leads to a paradox, wherein the unguided missiles of the Palestinian resistance are guilty of targeting civilians, while the precise and targeted missiles of the Israeli occupation forces are innocent of the deaths of victims whom they “mistakenly” target. This paradox is maintained by racialised hierarchies of conflict that operate beyond the Palestinian context.

In a world fascinated by cutting-edge, slick, state-of-the-art technology - by buttons, screens and computerised processes - the advancement of technology on one side masks carnage on the other. The computerisation of the US war machine infamously turned American wars at the turn of the century into real-life video games.

US air strikes against civilian and suspected militant targets have become a sanitised, computerised affair - an automated process where the location of targets, threat assessment, and process of launching a drone attack occurs largely in the bloodless circuits of mega-computers, somehow masking and justifying the killings.

In his memoir, A Promised Land, Obama boasts: “The National Security Agency, or NSA, already the most sophisticated electronic-intelligence-gathering organization in the world, employed new supercomputers and decryption technology worth billions of dollars to comb cyberspace in search of terrorist communications and potential threats”, resulting in “nighttime raids [that] hunted down terrorist suspects mostly inside - but sometimes outside - the war zones of Afghanistan and Iraq”. In other words, it was Obama’s signature tactic of targeted, extrajudicial killings.

As the rhetorical deployment of technology here sanitises the killings - of suspected terrorists, it must be stressed - it creates a technical backbone for the ideology of western supremacy, allowing the “civilised” and technologically advanced to exert physical, sometimes lethal, violence against “lesser” forms of human life.

This is the same supremacist ideology that justifies Israel’s crimes under the pretext that it is the “only democracy” in the Middle East - as though people not living under the paradigm of western liberal democracy do not deserve to live. Israel’s crimes are further justified by the fact that its war machine is precise and technologically advanced, as if this somehow legitimises the killing of victims who are precisely targeted.

The converse, however, does not apply. Technological advancements achieved outside the exclusive club of western powers do not merit a membership card for “technologically civilised” society, but are rather a cause for alarm that such technology is dangerously spreading beyond the approved clique.

This is the same hierarchy under which advancements by Iran and North Korea, which both face stifling US sanctions, in the nuclear field are treated not as technological advancements, but as cause for alarm that such technology is finding its way into unworthy and unreliable hands that are bound to misuse it. This same alarm, evidently, is not set off by the military nuclear programme of the one country that has used atomic weapons against civilians: the US. 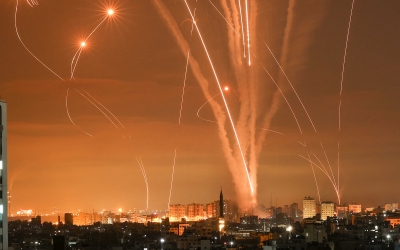 The dominant narrative reserves technologically advanced firepower - including sophisticated, computerised and smart weapons - for western powers. Non-western states and actors are left with incendiary weapons that are bound to misfire. This partially explains the western obsession with suicide bombing, which it imagines as the sole or predominant modus operandi of non-white insurgents.

The ideology that reserves advanced technology and firepower for western superpowers is, nevertheless, continuously troubled by non-western players laying claim to these technologies, be they other superpowers (China), “rogue states” (Iran and North Korea), or insurgent groups waging wars of liberation against colonial powers and their proxies.

An array of tactical and strategic concerns ultimately pushed the Palestinian resistance towards missile and drone technologies. Although I do not suggest they did this to make a point, it does trouble the dominant racialised assumptions and hierarchies, undermining the white monopoly over targeted, sophisticated and technological fire. The so-called international community can choose to recognise this achievement, or to continue performing mental acrobatics to reassure itself of the primitive and misguided nature of the resistance’s fire.

What matters most is how this advancement “rids the colonised of their inferiority complex, of their passive and despairing attitude”, to use the words written in a similar context by the great anti-colonial thinker Frantz Fanon. “It emboldens them, and restores their self confidence.”

Ahmed D Dardir is the co-founder of the Institute for De-Colonising Theory (IDCtheory). He holds a PhD in Middle Eastern Studies from Columbia University. He is a regular contributor to a number of media outlets. His personal blog can be found at https://textualtrimmings.blogspot.com. 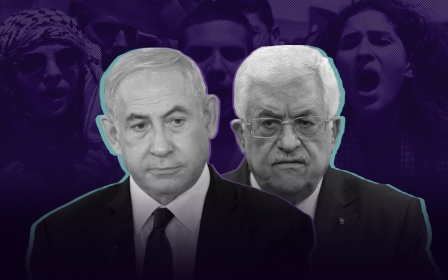 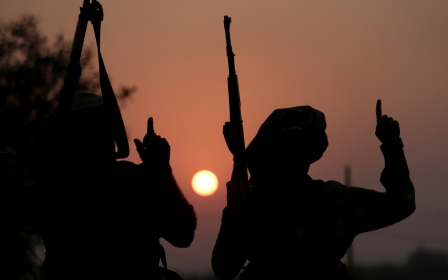 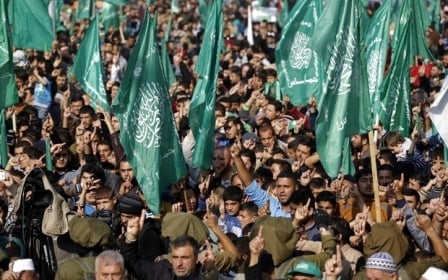