Why Israel is accelerating its expansionist plan in the Naqab

Ameer Makhoul
The area has gained a new strategic importance within the rubric of Israeli economic and security plans, especially those pertaining to international trade and regional relations 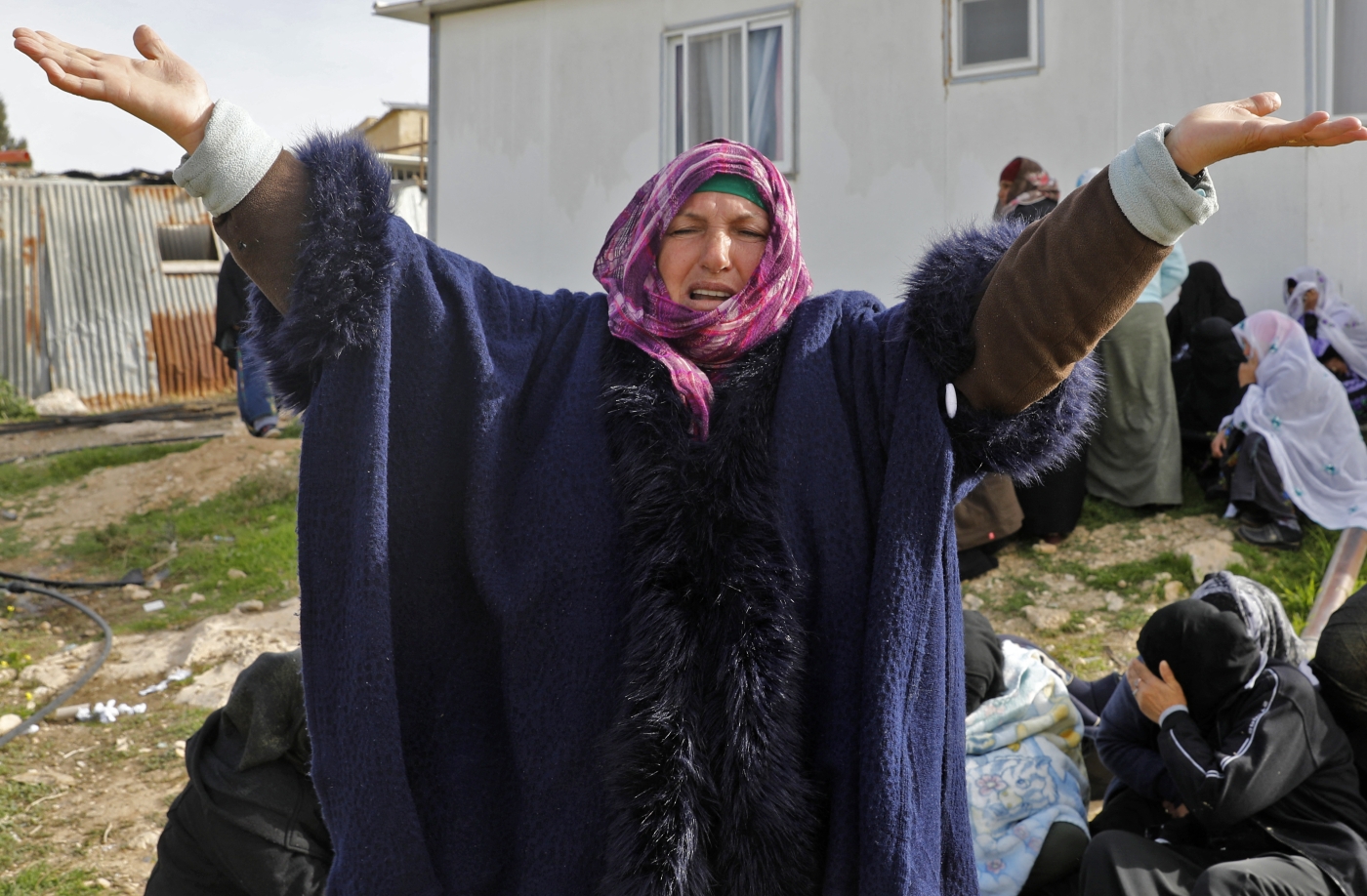 A few weeks ago, Israel's Prime Minister Naftali Bennett stood on a hilltop in the Naqab (Negev), overlooking the Palestinian Bedouin town of Rahat, and announced that the Israeli state would shift to an attack strategy. And “attack”, in Israeli parlance, means a renewed onslaught on the remaining Arab presence in this part of Palestine.

The area has gained a new strategic importance within the rubric of Israeli economic and security plans for the area, especially those pertaining to international trade and regional relations with the United Arab Emirates and the incumbent Saudi crown prince, who has made a number of promises to Israel he intends to fulfil once he succeeds his father.

Over the years, Israel has tried to uproot and expel the people of the Naqab through home demolitions and the destruction of wheat crops through aircraft chemical dispersal. It has also destroyed agricultural yields by annually bulldozing farmland, while confiscating livestock and herds of goats from the Bedouin. 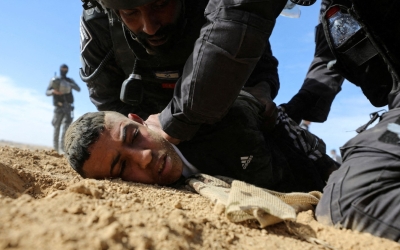 It has further worked to weaken and fragment the community by allowing crime and weapons sales to flourish, exhausting the inhabitants of the area and making their lives unlivable, in the hopes that this would pave the way for its expansionist plans.

Israel even worked to gain the support of Arab groups supportive of “Abu Yair” - Benjamin Netanyahu’s moniker among Arab voters - which is in line with Israel’s broader colonial history of Arab co-option first practised by the Mapai Party (which would later merge into the Labor Party).

However, Bennett, a more violent proponent of settler-colonialism, who believes that settlers are “today’s Zionist vanguard” and was the previous head of the council of settlements in the West Bank, started his most recent attack against the Naqab on that hilltop. This was because, for him, and for the history of Zionism, settlement starts from the hilltops - and failing that, it adopts the strategy of the “tower and stockade”, in which a military camp is erected near Arab lands ahead of their confiscation, to defend against reprisal from the land’s rightful owners.

Bennett came in armed with his coalition made up of the United Arab List and the leftist Jewish-Arab Meretz Party, who declared their loyalties to him and his government. These parties will not be saved by the familiar political mantra that they so often parrot - that “being in the coalition is a thousand times harder than being in the opposition” and that “our responsibility to our society makes [membership of the coalition] an imperative”, as if joining the current ruling Israeli coalition at the expense of national principles was an acceptable sacrifice for the supposed influence it would yield them over the state.

Despite being partners in the coalition, Arab politicians have not and will not be partners in the act of governing - which itself is a proposition that should be rejected as a matter of national principle.

The government tried to appear as if it were not directly carrying out its prime minister’s orders, instead outsourcing them to the Jewish National Fund

The government tried to appear as if it were not directly carrying out its prime minister’s orders, instead outsourcing them to one of the most important tools of Zionist colonisation in Palestine: the Jewish National Fund (JNF).

Armed with rabbinical blessings, the JNF was exempted from observing the shmita year, the seventh year of a seven-year cycle in which halakha (Jewish law) forbids any kind of agricultural activity in the holy land. Having been absolved of this duty, JNF had free rein to carry out its activities in the Naqab, under the justification that the planting of tens of millions of trees in the area was a grave necessity and “in the interest of the Jewish people”.

As for the state, its duty was to protect those newly forested areas while bulldozing 55,000 dunams of Palestinian Arab land, building artificial hills and dams and erecting fences to keep out its owners. Then the role of the law came in when those lands became protected under forestry and agricultural ordinances.

None of this is new, of course, as it is an inherent part of Zionism, embodied by the ultimate crime of the 1948 Nakba, which is a part of the state’s founding spirit and the military regime that followed until 1966. During that period, the state used the regime of “closed military zones” to prevent people's return to their lands, villages, homes and property, before they became permanent refugees, either in the diaspora or in Palestine.

And it bears remembering that Israel, having already exploited the “fog of war” to carry out land theft, ethnic cleansing and massacres, has also used many of the various “peace” agreements with Arab states to continue its confiscation and theft of even more land. During the Camp David Accords of 1978 with Egypt, Israel confiscated a million dunams of Arab lands in the Naqab, and today it builds strategic projects in partnership with the Emirates for the transfer of natural gas through the Naqab to Europe.

And none of this is to mention the ethnic cleansing and expulsions that take place in Palestinian Arab towns in the Galilee and the Naqab, both considered to have the most fertile agricultural lands.

The current onslaught on Arab lands in the Naqab and the repression that has accompanied it constitute a war crime and a crime against humanity, as it has entailed state-sanctioned terror and ethnic cleansing. This is how the situation should be reported to the Commission of Inquiry of the UN Human Rights Council investigating Israel’s crimes against the Palestinians, as well as to all international forums.

The government’s onslaught will not be deterred by absenteeism from the Knesset sessions, but rather by their obstruction and abrogation - simple absenteeism has no teeth. 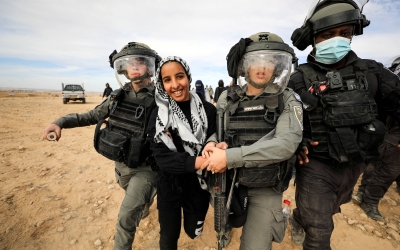 At the same time, the Arab parties should not be fooled into believing that what is happening on the ground is the product of the policy of a single government. Rather, it is the policy of the deep state, backed by its aggressive colonial history, from David Ben-Gurion to Bennett.

The only deterrence to this policy is popular struggle and Palestinian Arab steadfastness in the Naqab and beyond. The Naqab today serves as the current battleground, and the Naqab belongs not only to its current inhabitants but to all of us. The same can be said of the Galilee, the coast and the Triangle (a concentration of Israeli Arab towns and villages adjacent to the Green Line), and all of Palestine.

What is most heartening to see is the strong presence of a new generation in the Naqab, carrying the banner of struggle and fulfilling the promise of its continuation. This is what will deter the colonial project, alongside our struggle for freedom and national dignity. 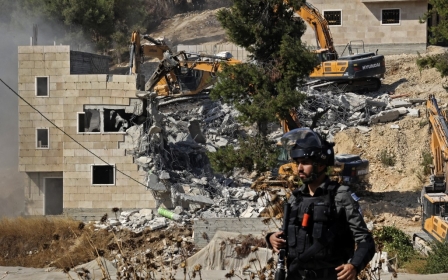 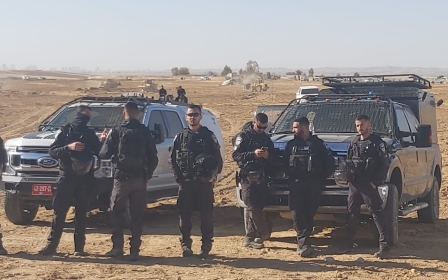 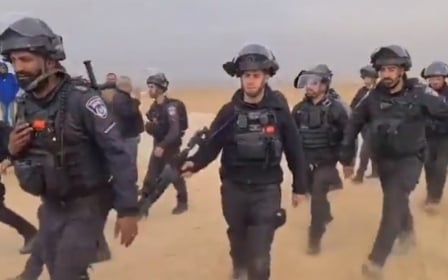