Jonathan Cook
An ICC ruling has panicked Israeli officials who can now be investigated, but they will likely respond with intensified threats 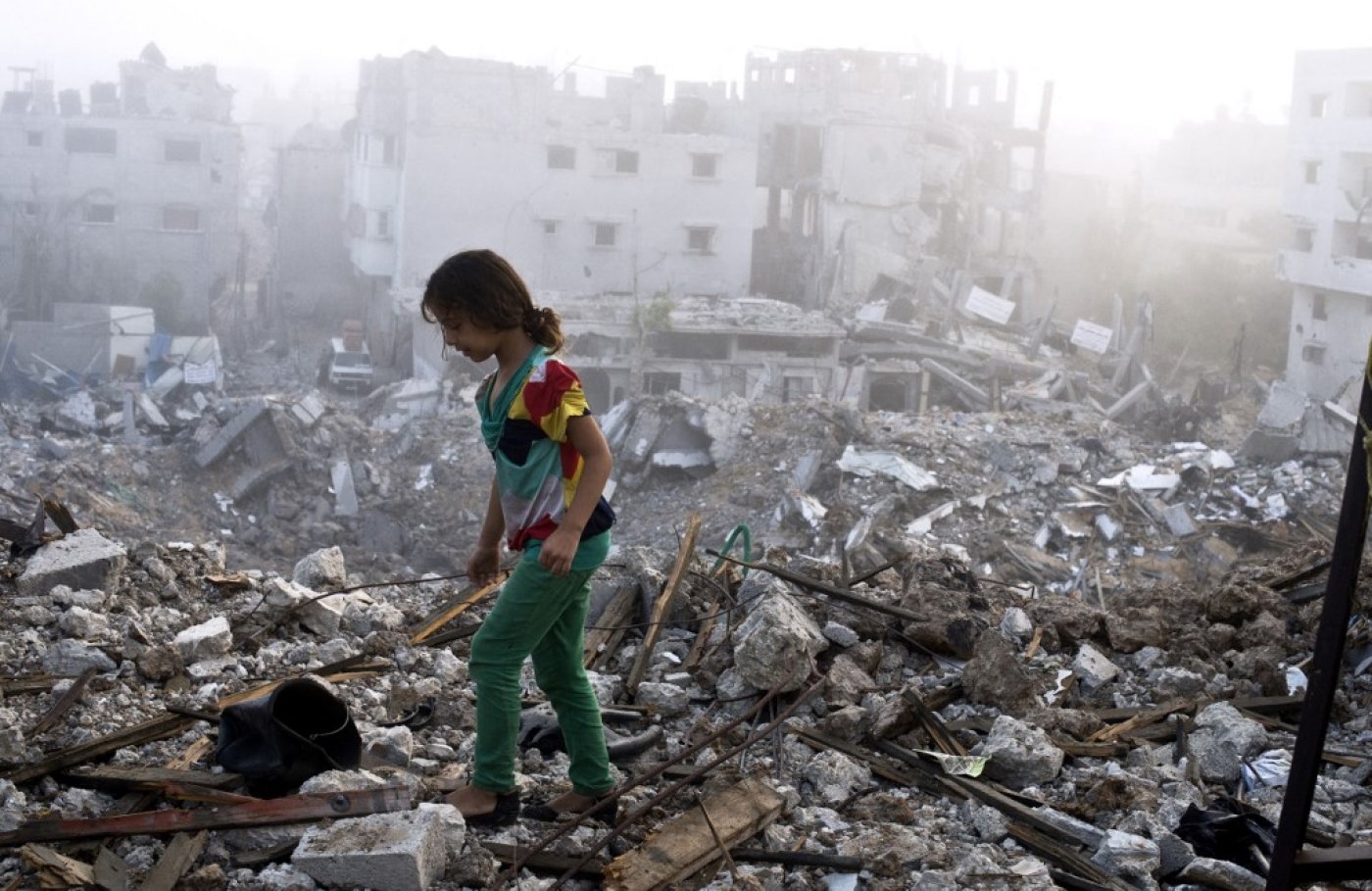 Israel has been sent into a tailspin by a ruling last week from the war crimes court in The Hague. Senior Israeli officials, including possibly Prime Minister Benjamin Netanyahu, can now be held accountable for violations of the laws of war in the occupied Palestinian territories.

The decision by judges at the International Criminal Court  (ICC) does not ensure Israelis will be put on trial for war crimes - not yet, at least. But after years of delay, it does settle the question of whether the Palestinian territories of East Jerusalem, the West Bank and Gaza fall under the court’s jurisdiction. They do, say the judges.

While Israel is only too aware of what its top war crimes suspects have been up to, Netanyahu is right to observe that last week's ruling by the ICC is a political one

That the door is now open for Israelis to be investigated for war crimes is the reason Israeli leaders from across the political spectrum responded so angrily to the ruling. The court’s chief prosecutor has already completed a preliminary inquiry, in which she concluded there was a legal basis for a full investigation.

Perhaps the most preposterous - if entirely predictable - of the reactions to the ICC’s decision came from Netanyahu himself.

At the weekend, he falsely declared in a video in English, intended for foreign audiences, that the ICC was investigating Israel for what he called “fake war crimes” - and then attributed its imagined actions to “pure antisemitism”. He also threw in a reference to the Nazi Holocaust for good measure.

There was no little irony to his claims. On Friday, Netanyahu denounced the judges’ ruling as proving that the ICC was “a political body and not a judicial institution”. In fact, it is Netanyahu who is playing politics, by character-assassinating the court in what should be a purely legal and judicial matter. He hopes to use antisemitism smears, Israel’s favoured tactic, to keep the ICC’s investigators at bay.

Court officials have already shown an interest in pursuing three separate lines of inquiry: Israel’s attacks on Gaza that have left large numbers of Palestinian civilians dead; the repeated lethal shooting of Palestinian protesters at Gaza’s perimeter fence; and decades of illegal Israeli settlement-building on occupied land, which has often entailed the ethnic cleansing of Palestinians.

Whatever Netanyahu’s current protestations, the truth is that Israel’s own legal teams have long advised that its military commanders, government ministers and senior administrators are vulnerable to prosecution. That is why they have travelled for many years with a special “panic button” on their phones to alert local diplomatic staff of the threat of arrest at a foreign airport.

Just such an incident occurred in 2013, when former navy commander Eli Marom hit the button after he wrongly suspected border officials at London’s Heathrow airport were preparing to arrest him under so-called “universal jurisdiction” laws.

Three years earlier, Marom had approved a lethal attack in international waters by navy commandos on an aid convoy of ships trying to break Israel’s blockade of Gaza.

Marom had reason to be nervous. Earlier, in 2005, a retired general, Doron Almog, hid on an El Al plane for two hours after landing at Heathrow before quickly taking off again, to avoid a UK arrest warrant over the demolition of 59 Palestinian homes. Scotland Yard reportedly allowed Almog to escape rather than engage in a gun battle trying to arrest him.

In addition, former Foreign Minister Tzipi Livni was forced to cancel a visit to the UK in 2009 over fears she would be arrested for her part months earlier in green-lighting a three-week attack on Gaza that killed some 1,400 Palestinians.

In fact, Israel knows enough about which of its senior officials have broken international law - and how - that last summer it compiled a secret list of hundreds who were most likely to be investigated for war crimes.

But while Israel is only too aware of what its top war crimes suspects have been up to, Netanyahu is right to observe that last week’s ruling by the ICC is a political one.

In fact, the court’s treatment of Israel has been deeply mired in politics ever since the Palestinian Authority acceded to the ICC in 2015. Western allies have sought repeatedly to intimidate and strong-arm the court to ensure Israeli officials are not tried for war crimes. 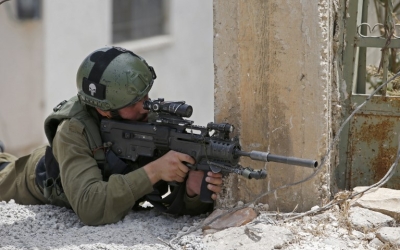 The PA, the ICC and Israel
Read More »

It is no coincidence that ICC judges found the backbone to assert jurisdiction over the occupied territories immediately after Donald Trump stepped down as US president. His administration had waged a campaign to intimidate the court, which included a ban on ICC staff entering the US and threats to freeze their assets.

The timing of the ICC’s ruling may also be related to the fact that its chief prosecutor, Fatou Bensouda, is due to quit her post in a few months. She is unlikely to launch any investigations of Israelis before then, leaving the task to her successor.

Such a delay will buy Israel more time. And under an onslaught of pressure, the new chief prosecutor may be persuaded that Israel - despite decades of law-breaking - is not a high enough priority to justify the court’s limited resources.

Just such a campaign has already begun. On Sunday, the Israeli foreign ministry sent an urgent, classified cable to dozens of its ambassadors, urging them to recruit their respective capitals to a campaign to put pressure on the ICC.

On Monday, Foreign Minister Gabi Ashkenazi - a former military chief of staff who is almost certainly on Israel’s secret list of war crimes suspects - rang his counterparts in foreign capitals, urging them to help. That will likely include lobbying for a more sympathetic chief prosecutor to replace Bensouda.

Israeli media reported security sources as saying that several ICC member states had already agreed to tip Israel off should they learn that any arrest warrants have been issued against Israelis.

Already, the Biden administration in the US, Germany and the Australian government, stalwart defenders of Israel, have issued denunciations of the ICC decision - and implicitly the international norms of war the court is supposed to uphold.

Responding to Germany's attack on the court, Hanan Ashrawi, a former senior Palestinian official, tweeted on Tuesday: “So your ‘legal view’ supersedes the ruling of the ICC judges and the resolutions of the UN [General Assembly]? No self-respecting state should accept instructions from (or intimidation by) Israel."

Other states, with their own self-interested calculations, may soon follow suit. Those that have allied themselves most closely with the US-led “war on terror”, including the UK, have every reason to ensure that Israel - a state very much in the “western diplomatic club” - is not held to account for war crimes of the kind they too have committed. They prefer that the ICC continues to limit its indictments to African leaders.

Behind-the-scenes lobbying and intimidation may explain the seemingly perverse reasoning of the ICC in December to close its investigation of UK officials without issuing any indictments. It did so even while accepting that British forces had likely committed war crimes in Iraq. Israel may hope for a similar, fudged reprieve.

The reality is that the case against Israel was always going to depend on political factors far more than legal ones once it became vulnerable to investigation. But the shielding of Israel over war crimes was evident long before Palestine’s ratification of the Rome Statute in 2015.

Six years earlier, for example, Israel orchestrated a campaign of intimidation against a celebrated South African jurist, Richard Goldstone, over the report of his UN committee into Israel’s 2009 attack on Gaza. The report found Israel and Hamas responsible for committing war crimes, and possibly even graver crimes against humanity.

Goldstone repudiated his strongest findings months later after the personal campaign against him culminated in the South African Zionist Federation barring him from attending his grandson’s bar mitzvah.

Similarly, “universal jurisdiction” rules, which allow foreign citizens to seek the arrest of an official suspected of violating international law if his or her state refuses to adjudicate, have never been enforced in practice against Israelis.

After the incidents involving Almog and Livni, the UK government even changed its own universal jurisdiction law in 2011 specifically to protect Israeli officials from arrest on British soil.

The ICC had an opportunity to investigate Israeli officials over the attack in international waters on the Mavi Marmara aid flotilla to Gaza in 2010. Ten Turkish civilians, one of whom was also an American citizen, were killed by Israeli commandos who boarded the ships. 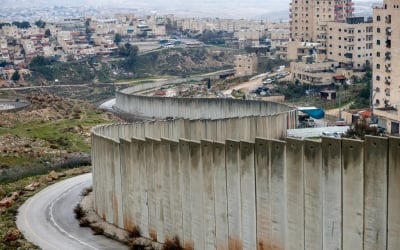 Instead, Bensouda chose in 2014 not to proceed with the case initiated by the Comoros, the flag under which the boat was sailing. In an appeal last year, ICC judges criticised her for a series of “errors” in reaching that decision, in refusing to reconsider after they mandated she do so, and in failing to investigate the incident again in 2019.

But the judges concluded it was “unclear” what power they themselves had to rectify these failings and so did not ask for a further review.

Delays and buck-passing have also plagued the ICC’s latest ruling. The court has been foot-dragging on jurisdiction issues ever since 2015. There will continue to be many large obstacles - few of them related to law - that need to be dealt with before any Israelis end up in the dock at The Hague.

Nonetheless, last week’s ruling offers Palestinians a few slivers of hope. It confirms that Israel’s battle to deny the Palestinian fight for statehood is not entirely going its way. And it suggests that the post-Trump political climate may turn out to be more stormy for Israel than expected. Its leaders may have to be slightly more cautious about the scale and visibility of the war crimes they approve.

The court may settle to leave the sword of a possible investigation hanging over Israel, hoping that alone will be enough to curb Israel’s worst excesses, such as plans to annex swaths of the West Bank.

Or the ICC may trust that its jurisdiction ruling will serve as a wake-up call to the Israeli Supreme Court, whose failures to enforce international law in the occupied territories paved the way to The Hague. But settling for any of these outcomes will be more evasion by the court, more playing politics.

The test of whether the ICC is a judicial body rather than a political one is not, as Netanyahu demands, that it refuse to investigate Israel. The real test is whether it can rise above the name-calling and gaslighting to apply international law in a way that truly protects Palestinians. 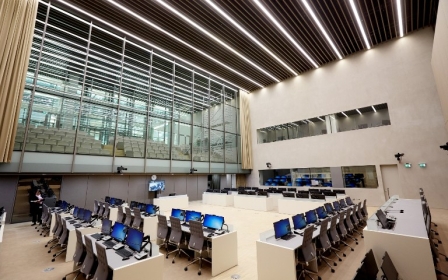 Occupation
Should the Palestinians seek justice at the International Criminal Court?
Richard Falk 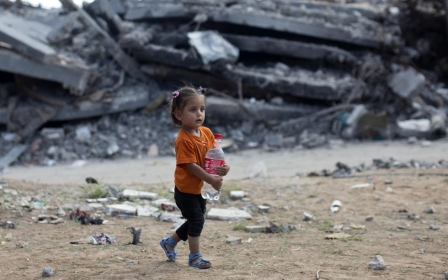