Save Sheikh Jarrah: Palestinians have a right to remain on their land

Kamel Hawwash
As Israel continues its ethnic cleansing of Jerusalem's Sheikh Jarrah district, Palestinians are ramping up pressure on the international community to act 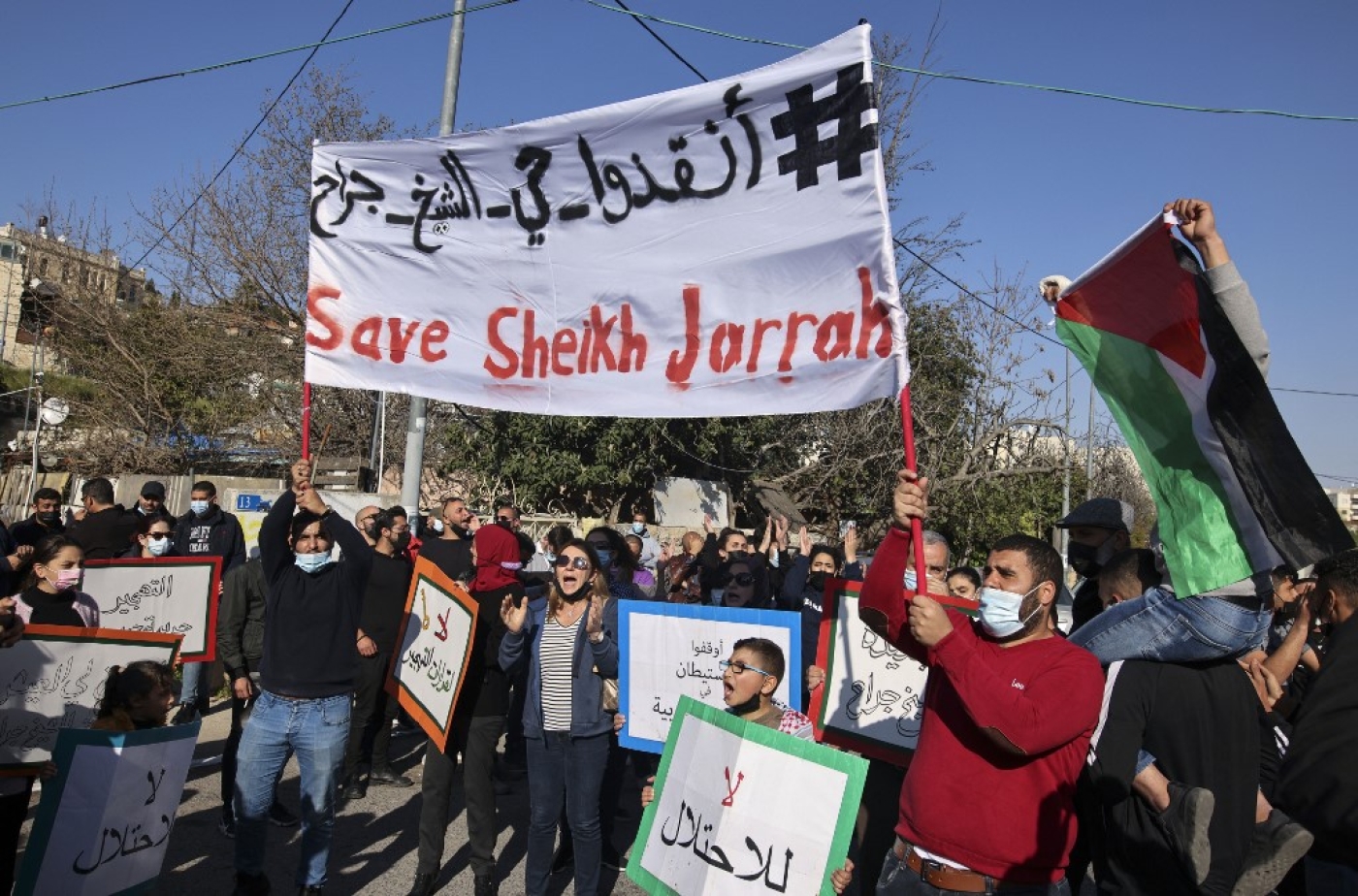 The hashtags #SaveSheikhJarrah and its Arabic equivalent began appearing on my Twitter timeline recently. As a Palestinian activist, my first move was to find out more - to determine what new challenge faced the residents of this Palestinian neighbourhood.

Sheikh Jarrah, a district of Jerusalem, always sparks flashbacks to my boyhood. While both my parents are from Jerusalem, I was born in Saudi Arabia before the 1967 war and the fall of what remained of Palestine, including East Jerusalem, into Israel’s hands.

The screams of anguish and worry of these families, including the family of my late cousin Jamal, should not fall on deaf ears

I distinctly remember my mother talking about the occupation of her city of birth with deep sadness and concern for her family, which was also my father’s family, as they were cousins. I remember seeing her and other Palestinian women working together to fundraise for Palestine, which included making many Palestinian flags.

We were able to visit occupied Palestine a couple of years after that, when my grandmother applied for a permit for my mother and father to visit. Half the family lived in Jericho, and the rest in Jerusalem’s Wadi al-Joz neighbourhood. After a few days in Jericho, we headed to Jerusalem for our summer holidays.

I distinctly remember making friends with my cousin Jamal in Jerusalem. He was a fiery boy, adventurous and fun-loving. He would take me from our grandmother’s home in Wadi al-Joz to his home in Sheikh Jarrah. It was a quick climb down a hill onto a main road in an industrial area, where buses and coaches parked and departed.

Then, it was across some empty land, and I remember him pointing out some caves as we walked. We soon arrived at his home, which he shared with his sister, Ghada; his mother, my aunt Fawziah; and her husband, Harbi Atieh, who had a small shop in their garden. We ate some of my auntie’s delicious food and played before Jamal took me back to my grandmother’s house.

The next time I visited their house was in 2015. It was now Jamal’s home, shared with his wife and children - his parents having passed away decades earlier. We had a traditional Palestinian hummus and falafel breakfast in the garden. Five years later, Jamal passed away after a long battle with cancer.

Those happy and sad memories came flooding back when I read the hashtags calling for Sheikh Jarrah to be saved. The call is for the remaining Palestinian families, comprising some 550 people, to be saved from eviction by the occupying force, Israel.

The story goes back to 1956, when Jordan struck an agreement with the United Nations to build housing units for 28 families in Sheikh Jarrah, in exchange for them renouncing their refugee status with the UN. Under the deal, titles to the properties would be transferred to the families three years later. The Atieh family was among these families, but that final transfer did not happen, making the area a target for Israel and its settlers.

In the early 1970s, Israeli settler organisations, determined to expand the Jewish presence in East Jerusalem, began targeting Sheikh Jarrah with a view to evicting Palestinian families and replacing them with Jewish settlers. An Israeli court ultimately allowed settler groups to “reclaim” their property in the neighbourhood, despite a lack of official ownership papers.

The takeover of Sheikh Jarrah by Jewish settlers has not been wholesale, but creeping. In 2002, 43 Palestinians were evicted from Sheikh Jarrah after losing a legal battle to settlers. And who can forget the image of the al-Kurd family being evicted in 2008? The elderly couple was literally thrown out of their home of five decades, while Jewish settlers took over. A year later, the Hanoun and Ghawi families were forcibly evicted in favour of settlers.

The ethnic cleansing of Sheikh Jarrah continues unabated. The Israeli District Court recently ordered four more families to leave their homes or face eviction by 2 May, prompting the Sheikh Jarrah community to organise a campaign to resist this immoral and illegal act, with a Facebook page and resources explaining the background to the painful story and the families’ demands.

Their demands are essentially that their rights to ownership of their homes are recognised by the occupying force, Israel, and that the families who have already been evicted be allowed to return to their homes.

Are these demands, after 65 years of de facto ownership of their homes, really that difficult for Israel to recognise - or does this situation merely confirm Israel as a settler-colonial, racist state? East Jerusalem is illegally occupied under international law. Israel is therefore committing a war crime by evicting Palestinians from their homes and moving its own settler population into them.

It is also acting hypocritically, barring Palestinian refugees from West Jerusalem from reclaiming the homes from which they were expelled in the 1948 Nakba. 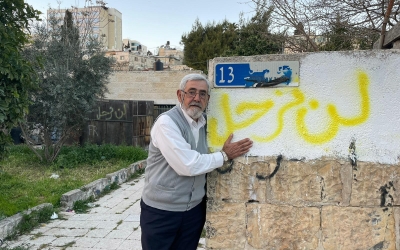 Sheikh Jarrah does not stand alone as an area that Israel wants to Judaise. Another area that has suffered terribly from Israel’s aggressive and immoral policies is Silwan, on the other side of al-Aqsa Mosque. Plans have been unveiled to force out 100 Palestinian families in the Batan al-Hawa area, to be replaced by Jewish inhabitants.

It seems that Israel was emboldened by the Trump administration’s support, and the recent “normalisation” agreements with some Arab countries, to strangle East Jerusalem, extinguishing its Palestinian presence in favour of Jewish settlers. This will change its historic character, and its look and feel, forever.

Britain has a historic responsibility to act, as it was the birthplace of the dreadful Balfour Declaration in 1917. Its consulate sits on a hill in Sheikh Jarrah, a stone’s throw from the site of the Palestinian evictions. It is not helpless to act, though its silence might indicate otherwise. It could at least show solidarity with Palestinians, but it does not. That was left to more than 80 British parliamentarians in a letter to Foreign Secretary Dominic Raab.

The screams of anguish and worry from these families, including the family of my late cousin Jamal, should not fall on deaf ears. The world should be united in condemning another deliberate act by a country that claims to be a democracy, but has been revealed as an apartheid state, even in a report by an Israeli human rights group.

Raab and all foreign secretaries of so-called western democracies should be summoning their Israeli ambassadors and demanding an end to the eviction of Palestinians from their homes - without which they should begin treating Israel as the pariah state that it is. The same applies to the Arab normalisers, who together with Israel, have lost their moral compass. 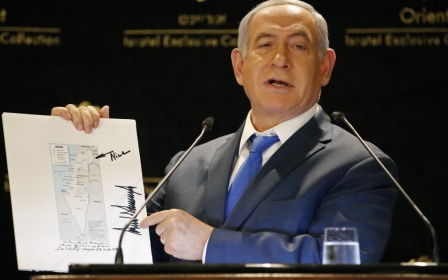 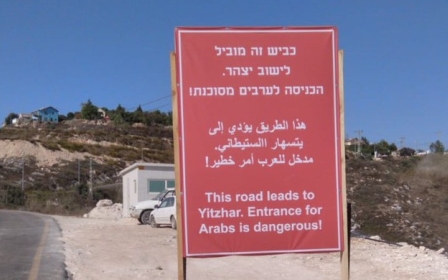 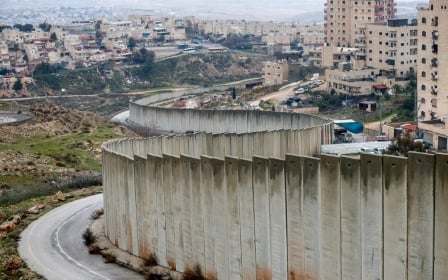