Orly Noy
My public support for an escaped Palestinian prisoner caused an outcry among Israelis. My crime? I called him a hero and said I understood why Palestinians resort to violent struggle 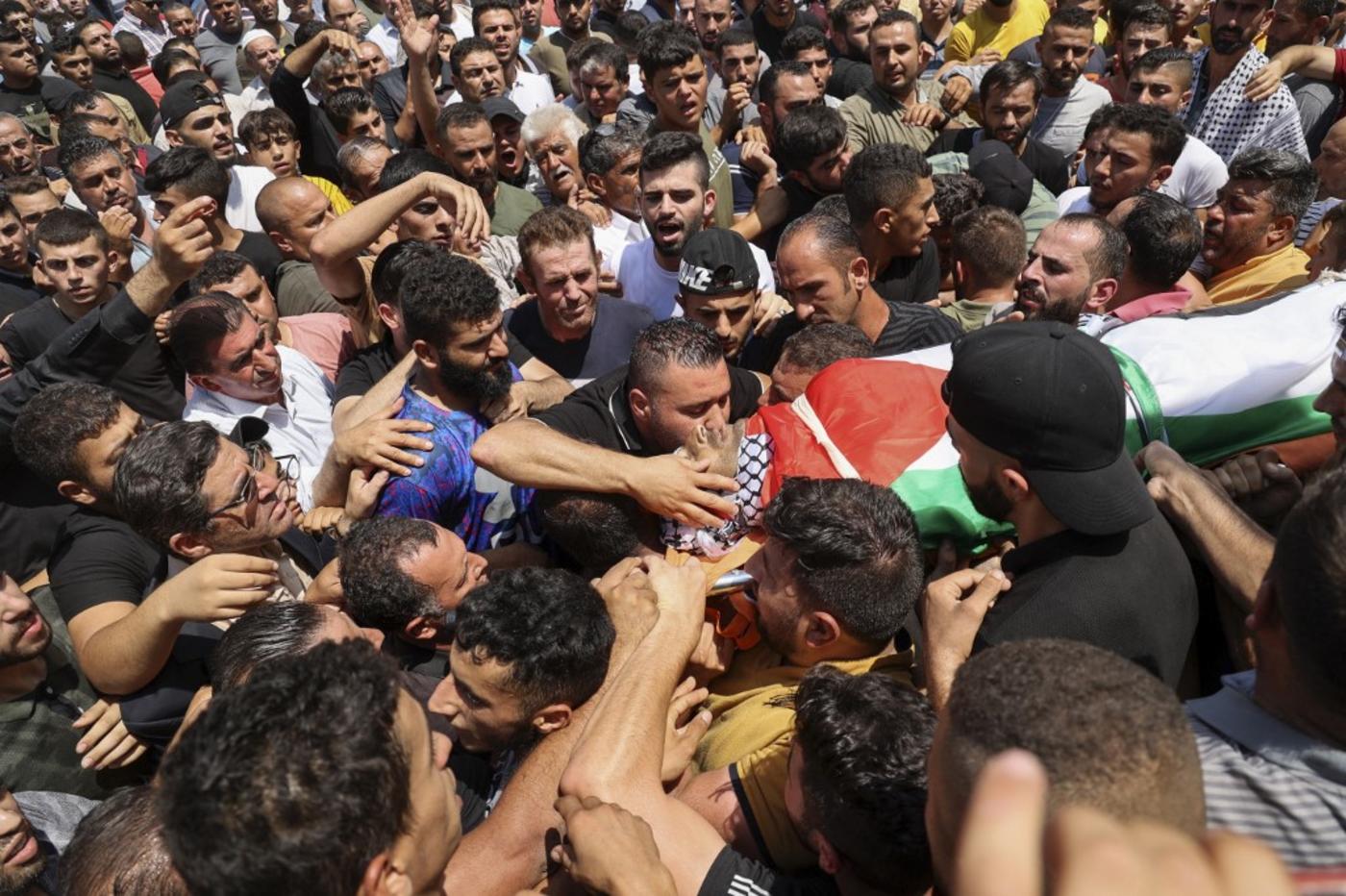 Palestinians carry the body of Shadi al-Shurafa, who was killed by Israeli army fire on 27 July, at his funeral in Beita village in the occupied West Bank, 10 August 2021 (AFP)

Within an hour of my Facebook post about the character of Zakaria Zubeidi, one of six Palestinian prisoners who recently escaped from Gilboa prison and among the four subsequently recaptured, Facebook had banned me for three days for violating their “community guidelines”.

I wasn’t particularly surprised. I knew that many Israelis would promptly report it and get it wiped. That’s because I insist on seeing Zubeidi and his comrades as freedom fighters and not as terrorists. And I insist on providing the context for Zubeidi’s tragic, heroic path through life.

This context is vividly portrayed in Arna’s Children, the 2003 film by Juliano Mer-Khamis about the work of his mother, Arna Mer-Khamis, and her Freedom Theatre project of the 1990s for the children of the Jenin refugee camp.

The rare Palestinian action that succeeds evokes an amazed outcry from Israelis along the lines of 'they’re not playing fair!'

The project’s young participants are introduced to us as smiling children who are gradually transformed into determined fighters, many of whom were eventually killed. One of Arna’s children is Zakaria Zubeidi, who eventually attained most-wanted status among the Israeli security forces and is viewed by the Israeli public as the ultimate terrorist.

In the post removed by Facebook, I called Zubeidi a hero. Not just because he fought for his people’s freedom, but also because every Palestinian who survives the occupation and persists in continuing to live is a hero - even if they never throw a single stone.

Zubeidi's family donated part of their home for Freedom Theatre rehearsals. His mother and his brother were later killed by the Israeli army, and he finally took up arms to fight for freedom. We, the Israeli public, are the ones (I wrote) who ought to be called to account for the metamorphosis undergone by Zubeidi, one of those smiling children in the film.

Highly unlikely, of course. The Israeli public devoutly refuses to acknowledge the context of the Palestinian struggle and is astonished when anyone even mentions it. This astonishment typified the Israeli response when news broke of the six prisoners’ escape from Gilboa: they somehow outwitted us, but how? We are so smart, and so strong - we are invincible!

Outraged astonishment is typical of the Israeli response whenever Palestinians manage to score a win against the Israeli regime and its sophisticated, powerful, multifaceted system of oppression. The rare Palestinian action that succeeds evokes an amazed outcry from Israelis along the lines of "they’re not playing fair!"

When you are a Goliath with the self-awareness of a David, you are blind to the heroism of those you are trampling underfoot

In the Israeli perspective, the rules of this game decree that our side is the one that conquers, crushes, humiliates, expels, exiles, arrests, imprisons, pulls the trigger and kills. Their role is to be vanquished, crushed, expelled, imprisoned and die. What gives them the right to violate this Jewish and democratic equation?

It’s as though Goliath were to see the world as David saw it and insist on viewing himself as a victim, even while abusing the weak and ignoring international law. Incarcerating a resident of the occupied territories outside those territories, for example, violates international law. The incarceration of Zubeidi and his friends at Gilboa prison was itself both unlawful and a war crime.

When you are a Goliath with the self-awareness of a David, you are blind to the heroism of those you are trampling underfoot, the ones who take up a slingshot against your immense power. Nor can you understand the awful price they pay for having done so - like the children of Jenin’s Freedom Theatre, most of whom have paid with their lives.

Yusuf, for example, was once a Freedom Theatre child. During the Second Intifada, after a tank shell landed in a classroom, Yusuf found himself carrying a little girl in his arms who died within a few minutes. His friends say the experience completely changed him. Yusuf stopped smiling, stopped laughing, became apathetic. Then, although completely secular himself, he joined Islamic Jihad, was provided with arms, travelled with a friend to Hadera in central Israel and opened fire, killing four people and wounding 30. Police who responded killed both Yusuf and his companion.

'I will never surrender'

Then there’s Ashraf, a sweet boy in the film and a key actor in the theatre group. In one scene, after the Israeli army has destroyed his neighbour Alaa’s family home, the boy Ashraf sifts through the rubble to recover some of his friend’s belongings. Flash forward and hear Alaa describing how Ashraf later died fighting the Israeli forces in the Battle of Jenin, in 2002. Armed residents took up positions in the building that had once housed the theatre, and that is where Ashraf died.

Or take Alaa, who as a child saw his family’s house destroyed. We see an older Alaa explaining that he would never be caught because he would “either be free or be buried” in his grave. In the next scene, we see his charred corpse at the hospital, surrounded by grieving friends and family, after he was shot by Israeli armed forces in November 2002, two weeks after the birth of his first son.

And then there is Zubeidi himself. “I will never surrender,” he tells his buddies, in the film. “Never!” And indeed, he never did. He was caught by armed-to-the-teeth police employed by a vile, cowardly regime whose unceasing and sadistic abuse is attributed to “security needs” and whose hounding of these freedom fighters is termed “heroism”.

So, yes, as astonishing to Israelis as it may be, sometimes people locked in a ghetto where slow death has a thousand faces will try to break out and will take mortal risks to do it. One in a thousand prisoners of the ghetto may even kill one of their jailors. And, yes, people whose conquerors incarcerate them for years in a more concrete prison than the ghetto may try to escape, and one in tens of thousands will succeed. Yes, including those who have resorted to violence.

Because here’s another surprise: we live in a very violent reality which, although two-sided, is in no way symmetrical. The violence on one side serves to oppress, to crush, to disinherit, to establish superiority, while the violence on the other side is in quest of liberation. That is how even acts that should never happen come to be part of the struggle for freedom.

We live in a very violent reality which, although two-sided, is in no way symmetrical

Later this week, millions of Jews in Israel will observe the holiest day of the Jewish year, Yom Kippur: a day of self-examination and soul-searching. In Jewish tradition, our prayers on Yom Kippur allow us to atone for sins against God but not for sins we have committed against other human beings. Only the victims themselves can forgive us for those.

This Yom Kippur, we should get down on our knees to the millions of Palestinians we have been oppressing for decades and ask their forgiveness from the bottom of our hearts while genuinely repenting the sins we have sinned against them. As in years past, however, it won’t happen this Yom Kippur, either. Jewish muscle replaced Jewish morality 73 years ago. 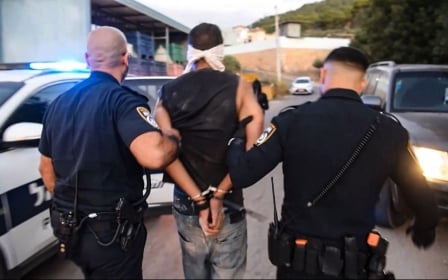 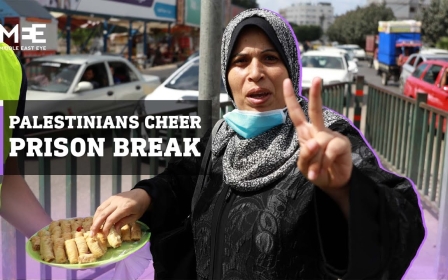 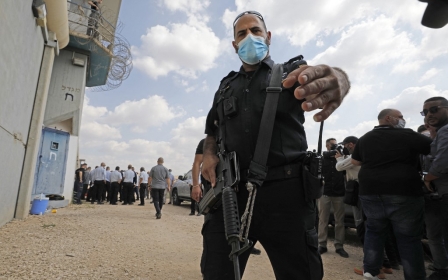