Israel shoots the messenger: An open letter to Ban Ki-Moon

Richard Falk
While I was special rapporteur for Palestine, you chose to attack me in public on several occasions. Now Israel has turned its fire on you 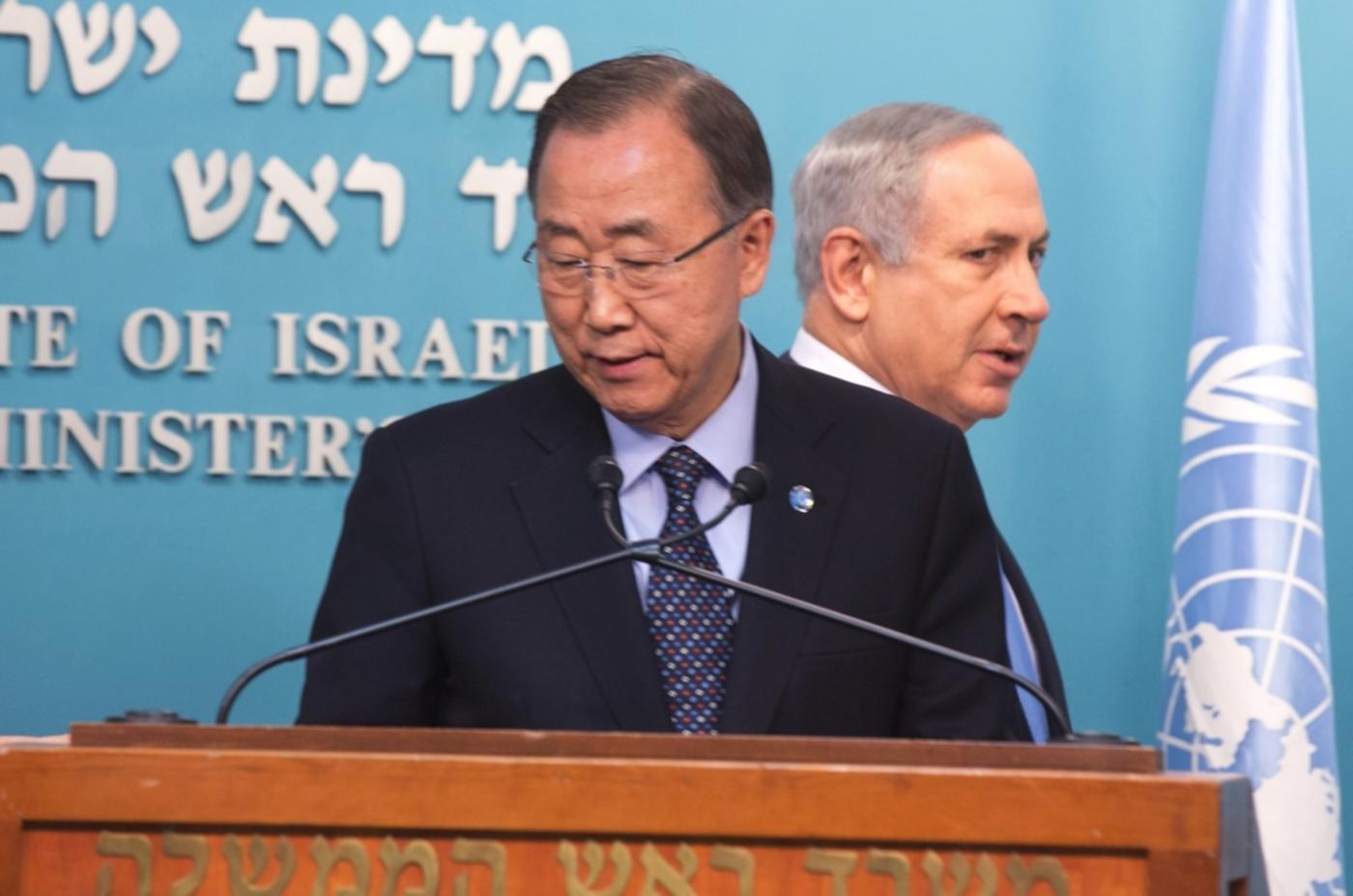 Having read of the vicious attacks on you for venturing some moderate, incontestable criticisms of Israel’s behaviour, I understand well the discomfort you clearly feel.

Not since Richard Goldstone chaired the group that released the report detailing apparent Israeli war crimes during its massive attack on Gaza at the end of 2008 have Israel’s big political guns responded with such unwarranted fury, magnified as usual by ultra-Zionist media commentary.

Netanyahu has the audacity to claim that your acknowledgement that it is not unnatural for the Palestinians oppressed for half century to resist and resort to extremism is tantamount to the encouragement of terrorism, what he described as giving a “tailwind to terrorism.”

The fact that your intention was quite the opposite hardly matters. And your repeated denunciation of terrorism will be disregarded by these irresponsible critics whose sole objective is to take attention away from the issues raised.

Israel and its keenest supporters have found that there is no better way to do this than by defaming their critics, branding them as soft on terrorism or even as anti-Semites. And it makes no difference whatsoever that you have leaned over backwards, almost falling to the ground, to deflect criticism of Israel during your time as leader of the UN.

It is not surprising that you should respond to such behaviour in a New York Times opinion piece by imploring Israel and its friends to refrain from "shooting the messenger" and instead heed the message.

What intrigues and appalls me is that while I was special rapporteur for Occupied Palestine during the period 2008-2014, you chose to attack me personally in public on several occasions, joining with US and Israel diplomats calling for my dismissal and doing the utmost to undermine my credibility while discharging this unpaid UN job under difficult conditions.

At the time, I was doing my best to bear witness to some of the same truths about Israel’s unlawful and immoral behavior that recently got you in similar hot water. My UN mandate was to report upon the reality of Israeli violations of international law while sustaining their apartheid regime of oppressive control over the Palestinian people.

The Palestinians need and deserve such a voice as provided by the UN to make governments of the world more aware of their responsibility to take steps that will bring this unprecedented ordeal to an end. In carrying out these duties, it is my hope that future UN special rapporteurs receive the support that they need from future secretary generals.

In my case, hurt and offended by being so unfairly attacked by you, the highest UN official, I was encouraged to seek some kind of explanation from your office, and hopefully even an apology. You never criticised my reports on Palestine or their criticisms of Israel’s policies and practices, but rather focused your venomous remarks on some comments attributed to my views, as expressed on my personal blog, that were concerned with the 9/11 attacks and the Boston marathon bombings.

It was obvious from the content of your attack that you relied on a letter written by Hillel Neuer, executive director of UN Watch, Israel’s faithful watchdog NGO in Geneva, that gave my rather carefully qualified blog comments an inflammatory twist. But it appeared that you seemed wary of engaging in any debate about the substance of my criticisms of Israel’s policies and practices in my reports.

I called your office, and was referred to your affable aide de camp, whom seemed immediately apologetic, before I was even able to register a complaint and explain to him my actual position on these controversial issues. After listening to what I had to say, he obliquely accepted my concerns by admitting that "we didn’t do due diligence," by which he evidently meant that the secretary-general and his advisors relied on Neuer’s letter rather than reading what I actually wrote on the blog, which was nuanced and rather moderate in tone and content.

This UN official volunteered a further explanation to the effect that “we were under great pressure at the time from the US Congress, and this was an opportunity to show that we were not anti-Israeli.”

This incident happened to occur while you were campaigning successfully for a second term as secretary-general, and apparently wanted to reassure Washington that you would not rock the boat if reelected. I venture to say that if you had back then voiced such strong criticisms of Israel’s settlement policy or indicated a similar empathetic understanding of Palestinian resistance, you would never have received Washington’s blessings for a second term as secretary-general.

In light of this experience, I felt at the time that you were joining with others in shooting a messenger who was seeking to convey some inconvenient truths about Israel’s behavior. These truths are rather similar to your own comments about the denial of Palestinian rights, especially with respect to the right of self-determination.

The folk wisdom of "what goes around comes around" seems to fit your plight. You who expediently took shots at the messenger are now taking umbrage when the tactic is directed at you. This response is reasonable in this instance but inconsistent with your own past behavior. You say, “..when heartfelt concerns about shortsighted or morally damaging policies emanate from so many sources, including Israel’s closest friends, it cannot be sustainable to keep lashing out at every well-intentioned critic.”

True, of course, but why only now? And only you?

Actually, although your critical stress on settlements and resistance is welcome and important, your overall stance still falls far short of adopting a helpful way forward. You continue to insist misleadingly that compromises are called for by both sides in pursuing the goal of reaching a sustainable peace based on the establishment of a Palestinian state.

I find puzzling the assertion in your article that “I am so concerned that we are reaching a point of no return for the two-state solution.” In your statement of 26 January to the Security Council, you urge Palestinian unity as necessary so that the Palestinians “can instead focus their energies on establishing a stable state as part of a negotiated two-state solution.”

Have you forgotten that every step taken by the Palestinian Authority and Hamas to establish unity has been opposed by punitive pushback on Israel’s part, a response endorsed by the United States? And wasn’t that "point of no return" reached some time ago, and certainly after what the American Secretary of State, John Kerry, proclaimed as "the last-chance" negotiations broke down in the spring of 2014 after a year of trading allegations and achieving not a single positive result? And how, Mr. Ban, is a two-state solution to be achieved over the opposition and resolve of more than 600,000 Israeli settlers, with more expansion underway and even more promised?

You acknowledge being “disturbed by statements from senior members of the Israeli government that the aim [of a Palestinian state] should be abandoned altogether.” What you don’t say is that these "senior members" include Israel’s elected prime minister, its president, and its current ambassador to the UN.

In light of this unified opposition to a two-state approach by Israel’s highest governmental leaders, how can you encourage reliance on this discredited diplomatic path that has resulted over and over again in severe encroachments on occupied Palestine and intensified suffering for the Palestinian people?

Clinging to the two-state mantra is not neutral. Delay benefits Israel, harms Palestine. There is every reason to believe that this pattern will continue as long as Israel is not seriously challenged diplomatically and by the sorts of growing pressures mounted by the international solidarity movement and the BDS campaign.

More widely, and fundamentally, shooting the messenger is part of a broader Israeli strategy to avoid giving any visibility to substantive criticisms of its behaviour. You are merely the latest victim, and one of the most highly placed.

The intensity of defamation seems to be roughly proportional to the perceived impact of your criticism. In this sense, Mr Secretary General, you have scored highly, especially due to your reminder to the Security Council that the UN will “continue to uphold the right of Palestinians to self-determination”.

This is not the language Israel’s leaders hope to hear from your lips, and hardly consistent with your record of steadfast support for Israel. To be meaningful beyond a ritual affirmation, self-determination must be understood, given present realities, as something more and other than another delusionary embrace of a diplomatically negotiated two-state solution.

You also tell the Security Council that “incitement has no place, and that questioning Israel’s right to exist cannot be tolerated.” Fair enough, but challenging Israel’s postures, policies and practices should be placed high on the UN agenda of unfinished business if what you propose on behalf of the Palestinian people is ever to have a chance of being achieved.

We need all to realise what else should not be tolerated: while the Palestinian flag flies outside UN headquarters, the Palestinian people have lived for almost 70 years under the daily brutalities of occupation, refugee camps, Gazan captivity, and involuntary exile. 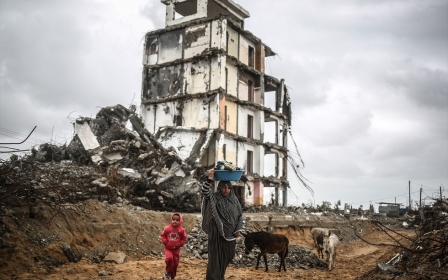 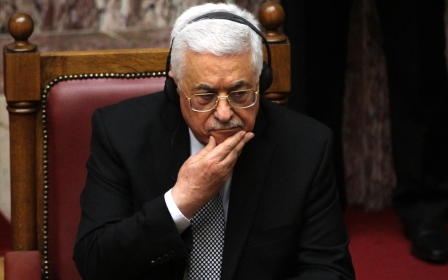 Palestine state
Who should represent the Palestinians?
Richard Falk 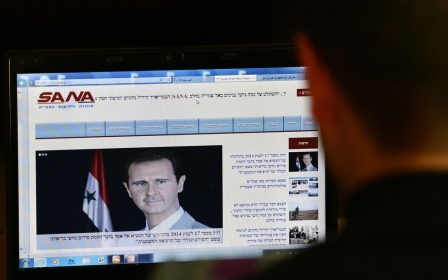