Israeli elections: Why Jews should vote for a Palestinian national party 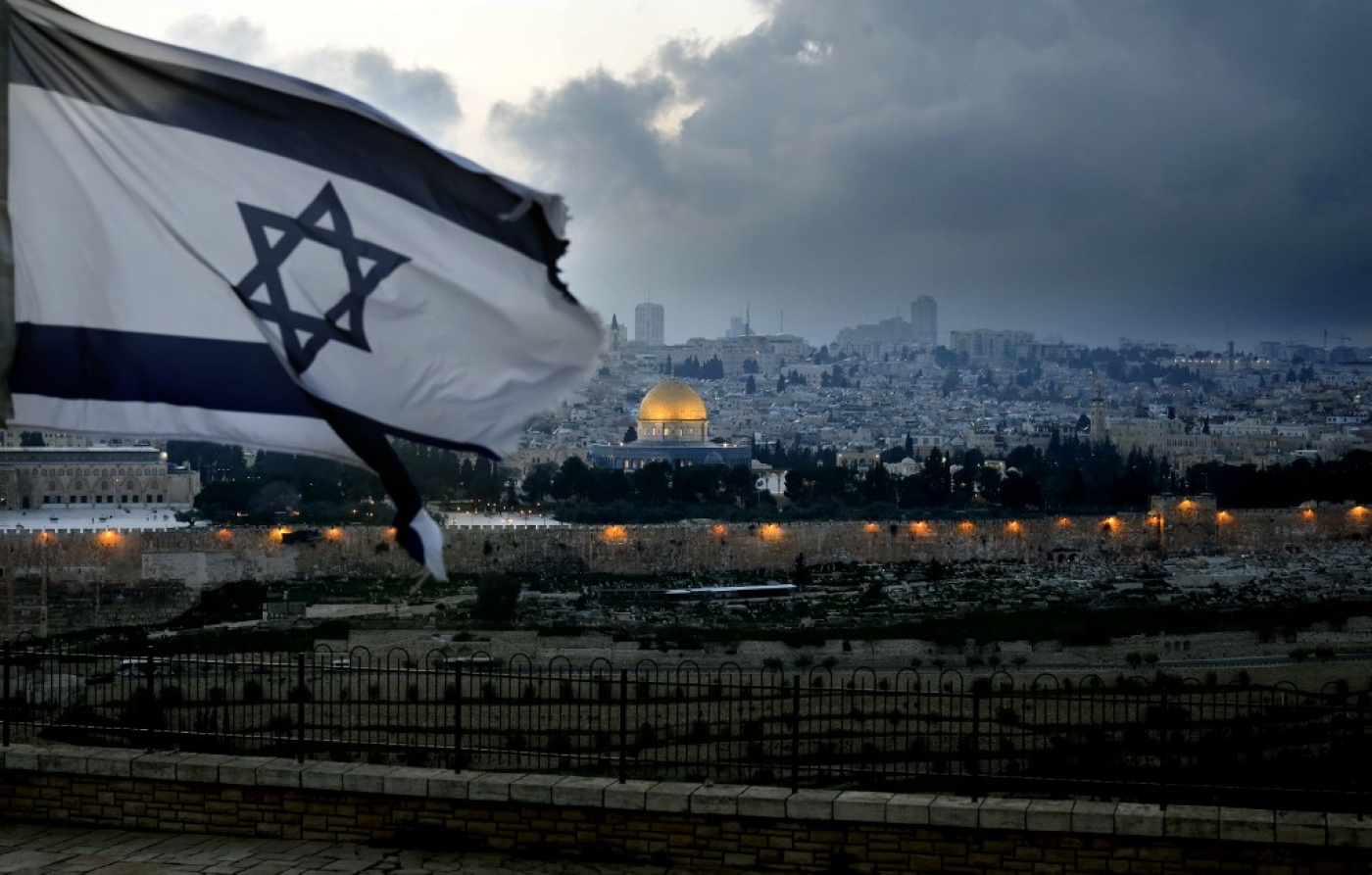 An Israeli flag flutters, with Jerusalem’s Old City in the background, on 27 March (AFP)

Electioneering in Israel has entered the home stretch, with party propaganda – and public discourse in general – degenerating into a mixture of slogans, mudslinging and distortions, even more glaring than usual.

Amid this turmoil, Jews of conscience are trying to decide how to cast their vote. For those who do not identify as Zionist, the main possibilities are the two Arab parties into which the Joint Arab List has split: Hadash-Taal and Raam-Balad.

The first combines the communists and Ahmad Tibi’s party, and the second combines Balad and the Islamic Movement’s southern branch. Apart from the question of voting for Islamic candidates, the second alternative raises one of the more challenging questions in Israeli political thought: the place of Jews in the Palestinian national movement.

Balad is a Palestinian national party, which, in the frightfully superficial political discourse conducted in Israel, is enough to brand it as nationalist in the extreme. That’s a lie, and it must be refuted.

In general, extreme nationalism is a concept that prioritises the national over the individual, and one specific nationality over others. The national approach of Balad is the obverse of both of these.

Firstly, Balad does not talk about Palestinian nationalism as exclusive, but rather as something alongside Jewish-Israeli nationalism; it demands recognition of both national entities. From a national Palestinian perspective, this is a far-reaching position, because it proposes recognition by this country’s indigenous people of the Jewish nationalism imposed upon it as a legitimate nationalism, and not a colonial one.

The only precondition is unchaining this Jewish nationalism from Zionism. The Zionist position, even in its most progressive version – as represented by Meretz, for instance – offers Palestinian citizens civil rights, but not national collective rights. The right of national recognition is accorded to Jewish citizens only.

Israel’s nation-state law is just a more blatant expression of this basic Zionist stance, highlighting the fact that it is impossible to talk about equal civil rights in a reality of national oppression. It’s not coincidental that since the founding of the state, not a single new Arab city has been built. The aspiration to create a “Jewish and democratic” state in Israel makes a demographic war against its non-Jewish citizens inevitable.

Secondly, the nationalism of Balad does not position itself above the individual, but rather is a means for people to actualise their individual rights, including their collective rights.

In a reality where national identity is most influential in shaping the space and place of the individual in the hierarchy of power, national liberation is a necessary step on the path to civic equality; in other words, to the establishment of a true democracy, which is the second foundation upon which Balad’s ideology rests.

From here comes the answer to the question of why Jews should support a Palestinian national party. In the present reality, this is the only path towards real democratisation of the country, and its release from the bonds of exclusive Jewish nationalism and the narrowing of the civic-democratic space to which that nationalism inherently leads.

Coming to grips with privilege

True, it’s much easier and more tempting to join a movement that defines itself as Jewish-Arab, such as Hadash, even if the party’s percentage of Jewish members is negligible.

This self-definition is morally very appropriate, but it blurs the extreme asymmetry that exists between the positions of these two national entities, so the fact that it tends to focus more on the discourse of equality is not surprising. That, too, is an appropriate discourse, but its horizons are limited while there is still this essential inequality in the most influential component shaping the political reality: national identity. This is something that should be significant for us, as Jews who are interested in a radical change in the status quo. It requires us to come to grips with the privilege that we cannot be released from if all we do is chant slogans along the lines of: “Jews and Arabs refuse to be enemies.”

Balad invites us, as Jews, to take a step back from the euphoria of partnership and get behind the national Palestinian project – the only thing that can bring authentic meaning to that partnership.

It’s not a simple challenge. We, as Jews, are not accustomed to taking a backseat. But so long as we have not set out on this journey from the most deeply rooted point of departure, the result won’t rise beyond slogans that enthuse us at demonstrations but ultimately lead nowhere.

In this sense, Balad is inviting us to be partners for change in the deepest possible sense. We must simply take a deep breath and embrace a conceptual shift in the hierarchy. This appears to be the most significant thing we can do in the upcoming elections.