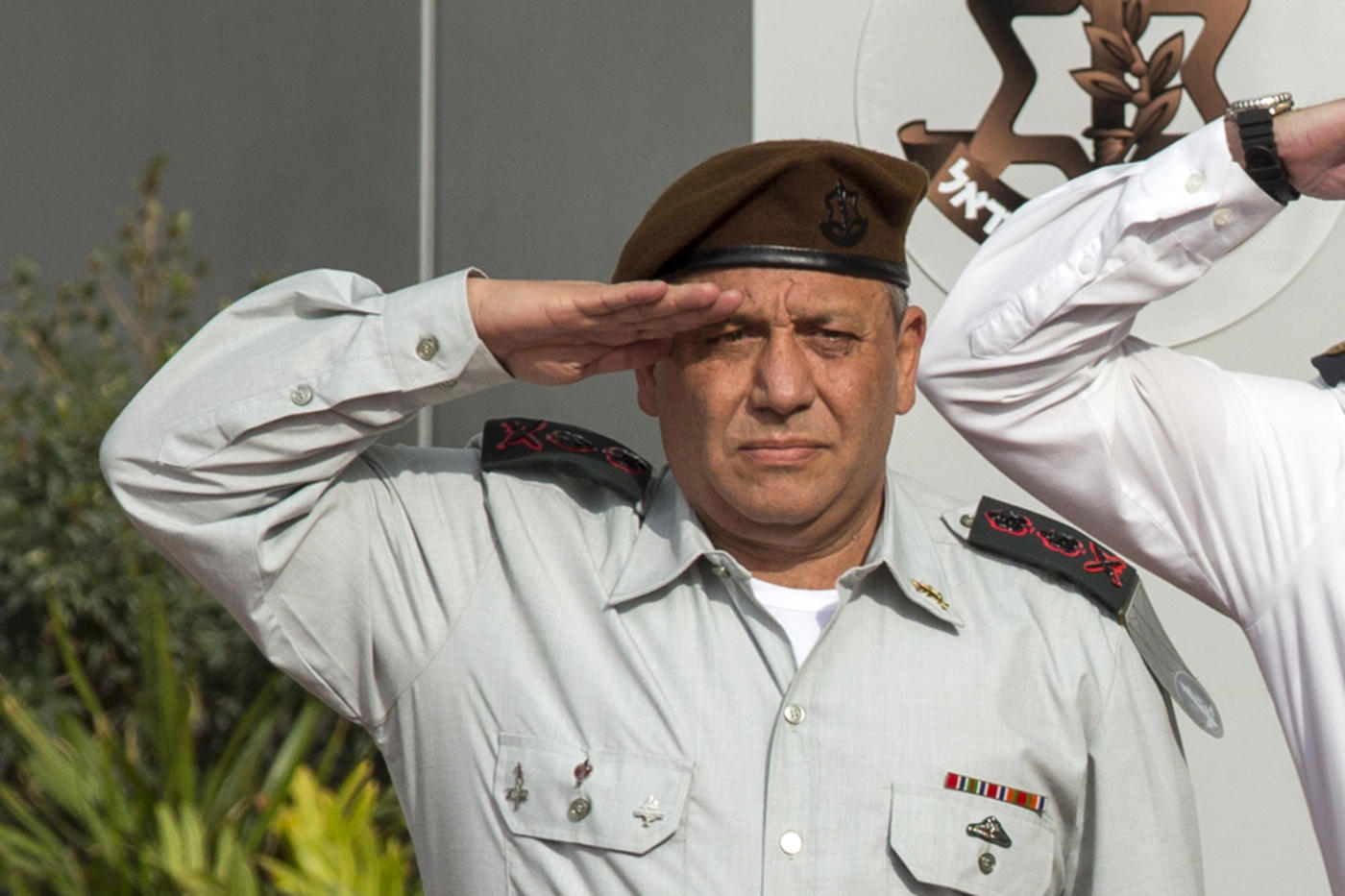 If we needed proof as to how sinister, even macabre, the Israeli public discourse has become, the latest "scandal" concerning Chief of Staff Gadi Eizenkot's statements is a good place to start.

In a public speech before high school students in Bat Yam, Eizenkot dared to say that he doesn't want to see "a soldier unload an entire magazine into a 13-year-old-girl who is holding scissors". He added that the Jewish saying "whoever comes to kill you, kill him first" cannot be the ethical basis according to which the Israeli army sets its rules of engagement.

These words were enough for Betzalel Smotritz, an ultra-rightist MP from the Jewish Home party, to demand that Eizenkot should be reprimanded for "scorning" Jewish holy teachings and the "values" of the Israeli army. Transportation Minister Israel Katz, one of the strongest leaders of the ruling Likud party, warned that Eizenkot's words may lead soldiers to hesitate. "Terrorists should not be left alive," he said.

Eizenkot was referring to the November 2015 incident in which two Palestinian cousins, Hadeel (16) and Norhan (14) Awwad tried to stab a passerby in a main street in Jerusalem. They were both shot by Israeli policemen, first while waving their scissors and then while lying on the ground. The video clip of these shootings - which led to Hadeel's death and Norhan's wounding - were shown all over the world and became defining images of the current Intifada.

As the shooters were policemen and not soldiers, it was maybe easier for Eizenkot to criticise them. But it is not difficult to understand why his word were disturbing for Israeli politicians. They were seen as a confirmation that at least in some cases Israeli forces are indeed performing extrajudicial killings of Palestinian suspects, as many human rights organisations claim. Such a confirmation by the highest military authority could, of course, be detrimental.

With his opposition to adopting Jewish teachings as a part of the army regulations, Eisenkot was also referring to the alleged exaggerated influence that rabbis and the national-religious sector as a whole have over the army.

This is a thorny issue in Israel. Professor Yagil Levi of Israel's Open University has recently published a book dedicated to the "theocratisation" of the Israeli army, meaning the insertion of rabbinical authorities into everyday military practices.

One of Eizenkot's first decisions after he took over office a year ago was to restrict the influence of rabbis over the formation of Israeli soldiers. This move was much criticised in national-religious circles. Eizenkot's remarks against the "kill or be killed" saying were seen as part of this struggle.

Yet contrary to what some left-leaning Israel columnists think, Eizenkot is not a new recruit to "Breaking the Silence," the organisation of Israeli ex-soldiers who testify for their wrongdoings in the army. As Prof Levi remarks, he is one of the drafters of the notorious "Dahia doctrine," according to which Israel should use "disproportionate force" in case it is attacked from Lebanon or Gaza.

"Against every village from which they [Hezbollah] will fire on Israel, we will apply disproportionate force and inflict damage and destruction," Eizencot said in an interview to an Israeli newspaper few years ago, while he was still the commander of the Northern Front. "It is not a recommendation. This is the plan and it was approved."

Prof Levi finds that Eizenkot's complaint against soldiers who empty a magazine on a 13-year-old girl is also strange. "If he thinks that soldiers have deviated from opening-fire orders," says Levi, "then Eizencot should have acted upon them. He does not seem to do it".

Examples are not hard to come by. The case of Hadeel al-Hashlamon, the 18-year-old Palestinian girl shot to death in an Israeli checkpoint in Hebron in October 2015 without even getting near the soldiers is not dissimilar from the case of the Awwad cousins in Jerusalem, but it was never properly investigated.

In July 2015, an Israeli brigade commander shot and killed an unarmed Palestinian youth near Kalandia checkpoint while he was running away after throwing a stone at his car. He was also never charged. The events of Black Friday in Rafah during 2014's operation Defensive Edge in which more than 130 Palestinian civilians were killed in what was described by Amnesty International as a suspected war crime did not yet lead to any indictment.

"Either the rules of engagement are not clear enough and open to interpretation," says Prof Levi, "or the middle rank officers are much more aggressive and not ready to take any risks even at the cost of Palestinian civilian lives." The result is that Eizencot's army is quite far from the ideal portrayed by its commander in his speech in Bat Yam.

Yet it seems that there is another motive behind the political attack against Eisenkot. From the beginnings of the current wave of violence in October 2015, the Israeli army manifested a different approach towards the conflict with the Palestinians.

While the official political line, from Prime Minister Benyamin Netanyahu downwards, is that Palestinian violence is motivated by pure hatred towards Jews as such, the army seeks ways to mitigate the conflict.

The head of military intelligence, General Hertzi Halevi, even dared to tell the government as early as November 2015 that many Palestinian attackers are motivated by "despair and frustration and feeling that they have nothing to lose".

Eisenkot, as well as Defence Minister Moshe (Bogy) Yaalon, insists that Palestinian President Mahmoud Abbas and the PA in general are playing important part in "fighting terrorism". These assertions run contrary to Netanyahu's efforts to portray Abbas and the PA as carrying chief responsibility for the "incitement" leading to attacks against Israelis.

These differences of opinion have practical implications. While the army returns the bodies of West Bank Palestinians killed in attacks or clashes to their families for burial, Israeli police, who have jurisdiction over Jerusalem and act under Internal Security Minister Gilad Arden, refuse to do the same with bodies of Jerusalemite Palestinians, creating a tense atmosphere in the city.

While cabinet ministers demand a tougher hand against the Palestinian population as a mean of deterrence, the army proposed only recently to allow for an extra 30,000 Palestinians to be allowed to work in Israel in order to lower the tensions, thus raising their number by almost 50 percent.

Prof Levi remarks that this is not the first time the Israeli army has shown more moderate positions than the political class. It happened in the First Intifada, it happened during the various military operations in Gaza when the army did not show enthusiasm for reoccupying the Gaza Strip.

Such situations, according to Prof Levi, occur when the army believes it does not have an effective military solution to the problem facing it. It seems that in the current situation Eisenkot's army is not keen on full-scale military operations in the West Bank, just as it was reluctant during the Second Intifada, simply because it does not want to fail.

Yet despite the central role of the military in Israeli public life, Israel's political class may lose patience in the face of rising violence and demand that the army do its bidding. Kill or be killed might become Israel's official position. 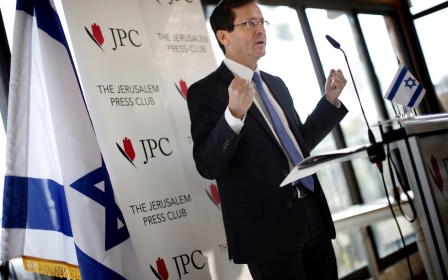 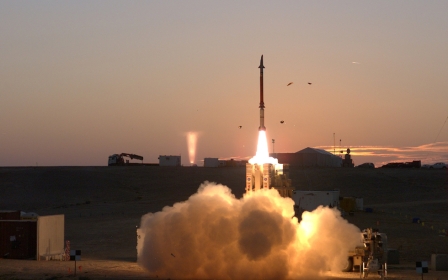 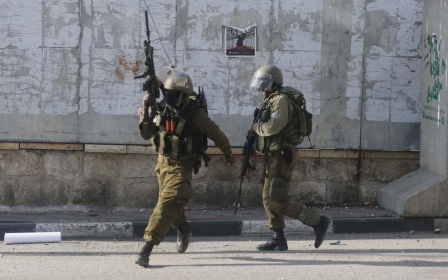