Gregory Shupak
There is simply no such thing as justice under colonialism; colonised people by definition cannot be treated justly by their colonisers 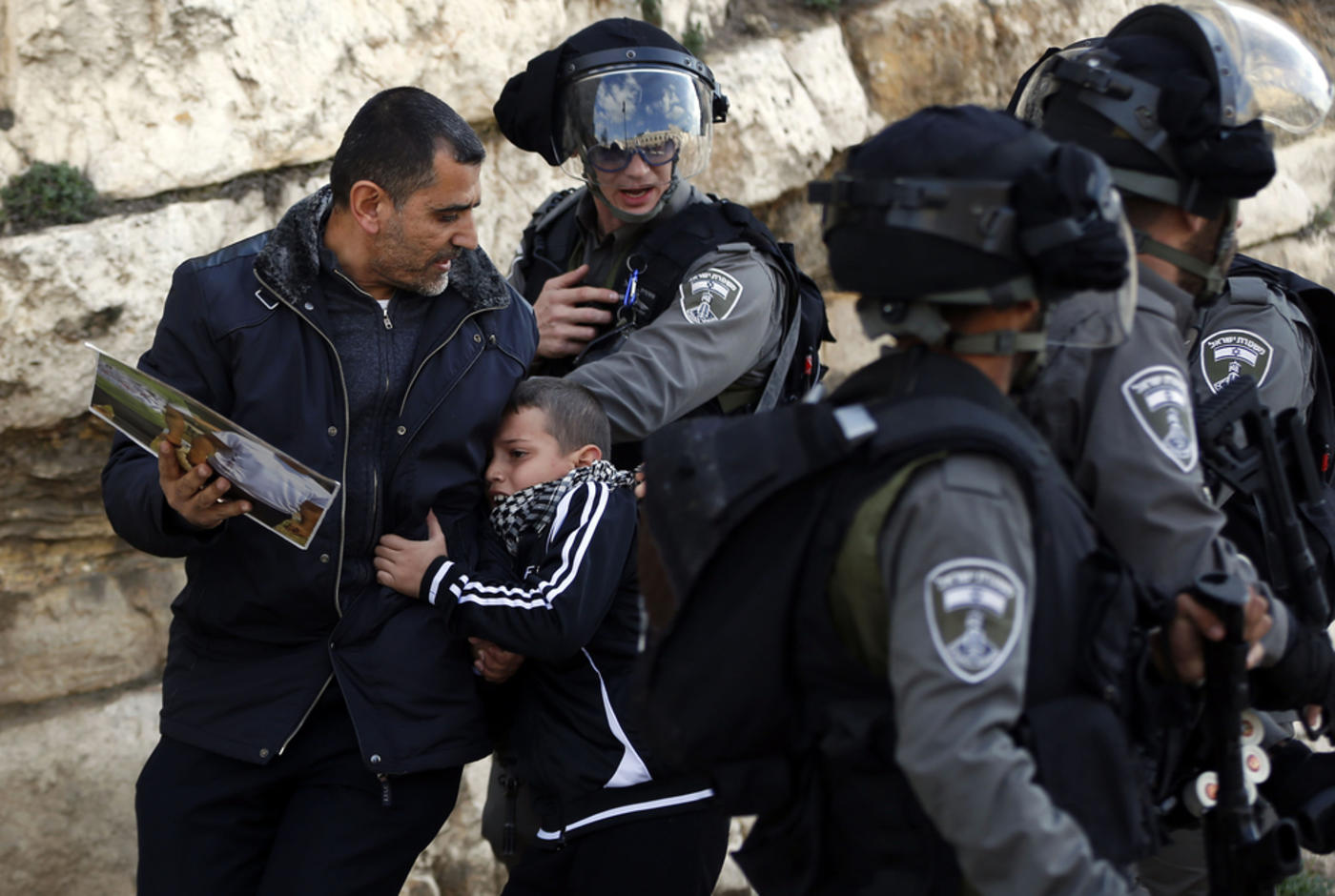 Mohammed al-Qeeq has been on hunger strike since 25 November, 2015 in protest against Israel placing him under six-month administrative detention and his condition has deteriorated. On 17 January, an Israeli military court rejected an appeal calling for al-Qeeq to be removed from administrative detention, a practice whereby Israel jails Palestinians for renewable periods of up to six months on the basis of secret evidence and without charge or trial.

Administrative detention has been condemned several times by the UN Human Rights Office and the Human Rights Committee. Similarly, the Israeli NGO B’tselem notes “the substantial injury to due process inherent in this measure”.

Addameer, the Palestinian political prisoners’ rights group, says that Israel is holding 660 Palestinians in administrative detention, during which detainees “must endure severe restrictions on their right to education, rights to communicate with families and receive visits, and right to adequate medical treatment”.

In a 15 January report critical of Israel for apprehending Mohammad Faisal Abu Sakha “without charge or any explanation,” Amnesty International points out that among those held under administrative detention are “prisoners of conscience, held solely for the peaceful exercise of their right to freedom of expression and association”.

Currently al-Qeeq is being force fed. Israeli officials are doing so under a law their government passed on 30 July, 2015 that the UN sharply criticised. In a joint statement, the UN notes that its experts describe force feeding as “a violation of internationally protected human rights” that guarantee the right to protest with hunger strikes and cites the Israeli Medical Association’s assertion that force feeding is “tantamount to torture”.

The al-Mezan Centre for Human Rights reports that al-Qeeq has been “subject to various forms of torture including humiliating treatment and the use of stress positions”. The mistreatment al-Qeeq has experienced is far from unique. Al-Mezan has found that Israel routinely subjects Palestinians to torture and cruel, inhuman and degrading treatment.

Meanwhile, Israel wants Bulgarian authorities to give them Omar Nayef Zayed, who escaped Israeli detention in May 1990 after an Israeli military court convicted him of the killing of an Israeli settler yeshiva student and sentenced him to life. For now, Zayed has taken refuge in the Palestinian Authority’s embassy in Sofia. Under the Oslo Accords, all Palestinian political prisoners were supposed to be released and Zayed seems to fall within this purview.

The extradition request is based on Israel’s extradition treaty with the Council of Europe. Yet as has been pointed out by Charlotte Kates, a coordinator with the National Lawyers Guild International Committee and with the Samidoun Palestinian Prisoner Solidarity Network, “the extradition treaty allows ‘political offences’ to be excluded from its scope” and, because “Zayed was convicted in a military court, administered by an occupying power, he can certainly be considered a political prisoner”. At present Israel is holding 6,800 political prisoners, 470 of whom are children.

Three other members of the National Lawyers Guild have penned a letter that also describes Zayed as a political prisoner. As the letter points out, the Zayed affair could have huge ramifications that go well beyond his case. If Bulgaria complies with Israel’s demand that would set a dangerous precedent because it would open the door to Israel being able to hunt down any Palestinian it chooses across Europe and perhaps beyond.

Martina Anderson, a member of the European Parliament, describes efforts to send Zayed to Israel as part of a “further campaign to criminalise the Palestinian struggle” as well as “a threat to Palestinians fleein[g] persecution” and both she and Irish legislator Sean Crowe have appealed to Bulgaria to reject Israel’s request.

Military courts such as the one that convicted Zayed are where Palestinians from the occupied territories are prosecuted, whereas Israelis who have illegally settled those same territories have the advantage of being tried under a civilian legal system. This arrangement is deeply flawed and heavily biassed against Palestinians.

In the military courts, “military orders always take precedence over Israeli and international law,” Arabic-speaking detainees are frequently required to sign statements or confessions that they cannot understand because they are written in Hebrew, and Palestinians receive longer sentences and are tried as adults at younger ages than the settlers are in the civilian system.

Given the risk of Zayed being tortured by Israel, given the unfair system in which he was tried, and given the risk that his extradition could enable Israel to expand its persecution of Palestinians internationally, Bulgaria should reject Israel’s request.

Underlying cases like those of al-Qeeq and Zayed is the contradiction of the Israeli state claiming for itself an authority to arbitrate justice that is inherently unjust because it rests upon apartheid and occupation.

These conditions find their most vulgar expressions in administrative detention, the military court system, and the pervasive torture of Palestinians - but all matters of crime and punishment are of dubious legitimacy because they derive from Israel’s domination of the entirety of historic Palestine and its indigenous people.

There is simply no such thing as justice under colonialism. Colonised people by definition cannot be treated justly by their colonisers.

A different kind of parallel can also be drawn to France where Muslims, most of whom have lineages tracing back to former French colonies in North Africa, make up 7.5 percent of the population but up to 70 percent of those in jail.

People across historic Palestine can only know justice once all of its inhabitants live in equal conditions.

Photo: Israeli security forces scuffle with a Palestinian protester and a boy outside Damascus Gate in Jerusalem's old city during a demonstration demanding Israeli authorities to return the bodies of alleged Palestinian attackers, on 26 December, 2015 (AFP). Inside Israel
Israel: The enemy within
Meron Rapoport