Omri Ben-Yehuda
The leftist struggle in Israel is not a popular or class struggle but an elitist one with a sectarian face. Being leftist is no longer about an ideology 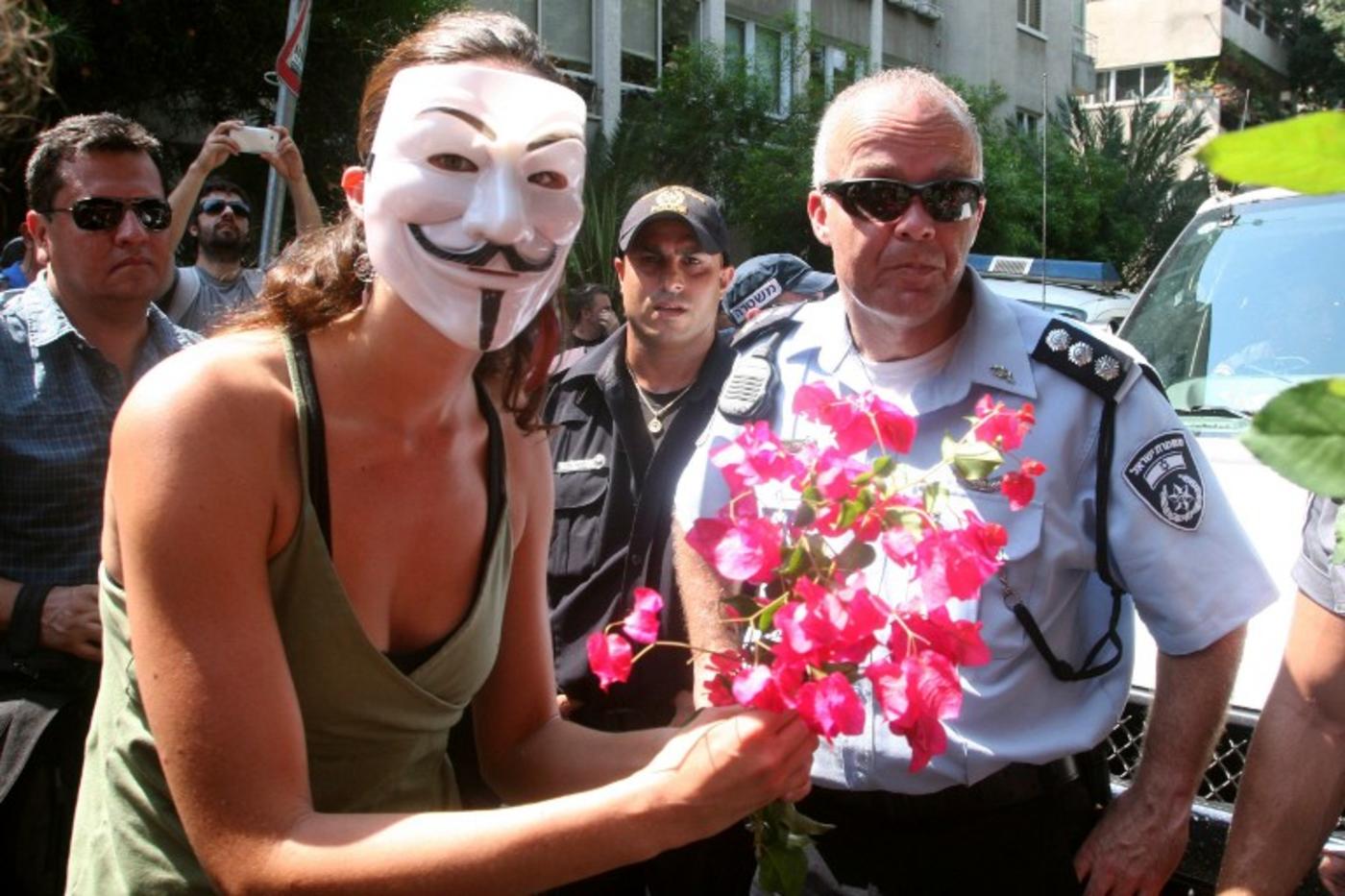 How did it come about that I, while I acknowledge the Nakba and favour the establishment of a new Jewish-Palestinian nationhood in this land, do not describe myself as a leftist?

It's about the fact that the leftist struggle in Israel is not a popular or class struggle, but an elitist one with a sectarian face. Being leftist in Israel is no longer about an ideology; "left" has become a symbol of identity, part of the struggle over identity politics that has so inflamed our era.

I wish in this article to stimulate discussion among English readers about the meaning of being leftist, not just in Israel but also in Europe and the West. The special case of the state of Israel, a place where the occupier is also a former victim, introduces an element that seems relevant in other contexts as well, including perhaps the expansion of green parties at the expense of the traditional red/social parties.

When I joined a Facebook discussion group called "Smolanim" ("leftists" – now also a common pejorative in Israeli slang), I actually felt uncomfortable. The age we are living in makes identity central, and it attaches to itself political and ideological positions which remain secondary attributes. "Gay," for instance, does not mean just a man who is attracted to men, but is a real identity, the sum total of components: an unmarried man, middle-class at the least, who visits a gym regularly, is usually well-educated and dresses fashionably, and is a regular at the opera in Western capitals, in one of which he probably also lives.

Through social networking, the identification of the self with an identity becomes more entrenched from moment to moment, the network serving as a process of validation (in the academy one would say ratification) of someone's face, first name, last name, and the socioeconomic/community baggage that surrounds him.

Hence the leftist, normally an exponent of leading critical thinkers on Marxism, discovers that he is now busy with constant validation, identification, provocation and sometimes even incitement against identities that he is obliged to exclude in order to be himself: he does not recognise or encounter the "fascists" (the common Israeli contra-labelling to "leftist") unmediated, but only through their oppositional fortifications. All of them are subjects of a nationalist terror served so faithfully by Facebook.

One of the more refreshing voices in Israeli politics, Knesset member Stav Shaffir, in giving her famous Zionist speech, was not only not channelling Ahad Ha'am, Herzl or any other Zionist thinker; she was quite simply equating Zionism with patriotism, a trope usually identified with the right wing.

The speech made waves and morphed into an image video for her party, with Israelis facing the camera while reciting Shaffir's text. Not one of them wears a kippa or has identity-related attributes that seem Arabic, that is, not European.

Avraham Burg, who founded the Hadash party (the party, originally Communist, that is now the only egalitarian party in Israel of Jews and Arabs) and formulated a non-Zionist position, wrote an exceptional opinion piece recently in Haaretz with a title that perhaps best expresses the transformation of the left into an identity symbol but does not lend itself well to translation – Ani smolan: roughly, "I'm a Leftist" – while adopting the designation proudly.

This differs from the commonly used Hebrew adjective for "leftist" (smolani); it is not an adjective, but a noun – and one without a real parallel on the Hebrew right (yaman? yamnan?) or, for that matter, perhaps in Western languages (perhaps "rightist"?).

The process that Burg underwent is impressive, courageous: a former speaker of the Knesset, he now advocates for a violent struggle against the rule of the rightwing and for conscientious objection to military service. But what is more interesting is the manner in which he undertakes to do so: he deals more with issues of style, including which news media he reads (Haaretz and Local Call, the Hebrew sister site of 972mag.com) and which current Tel Aviv jargon he favours ("Netanyahu is pitiful").

It is important to remember that Burg is the son of a very prominent figure in Israel's history. In brandishing his credo, he is coming from an exceptionally solid socioeconomic place - which is why his act, a manifesto equivalent to coming out of the closet, so to speak, is not as transgressive as it may at first appear. On the contrary: he is the landlord; this house where he has barricaded himself is his own.

His text points up for the thousandth time what so distinguishes the Israeli left from its parallel movements elsewhere: as an Israeli leftist, Burg does not address social questions at all. This is explained under the entry for "left" in the political lexicon that emerged from the social protest of 2011 in Israel (edited by Ariel Handel): "As a reverse mirror image of the 'left' common in Israel, which calls for ending military rule in the territories for moral reasons but appears to have little interest in equality inside Israel's borders, the protest demanded 'social justice' and refused to expand this demand to include the occupied territories."

As the pendulum swings, the left today is once again closed off and isolated to the point of being perceived as a sector, as in a much-discussed opinion piece by Carlo Strenger in Haaretz.

Nothing has changed. Ella Shohat, an Israeli of Iraqi descent and a major figure in postcolonial critical thought, had this to say 30 years ago: "The ideologies and the ideas of the Israeli parties are political expressions of the identity dilemmas of the European Jew; from Kahana to the Communist Party, from non-Zionist Orthodoxy (originating in Eastern European opposition to Zionism) to the national religious stream (which emphasises the "sanctity of the land" in a religious version of secular European nationalism's worship of the land) and the dominant strain of secular humanistic Zionism (based on ideals from the European Enlightenment). In other words, the political spectrum in Israel has no representative space for the pain, the crises, the dilemmas, the desires, and the hopes of Mizrahi Jews" (Taboo Memories, Diasporic Visions).

For Burg, feeling at home, proprietor of the left, there is still no room today for the Mizrahi.

What makes possible some slippage between sectarian left and right-wing practice (also evident sometimes in a strange affinity between Meretz campaigns and those of Yair Lapid) comes from the occupation itself.

In one of the classic essays in postcolonial studies, Albert Memmi, describing "the liberal coloniser," remarked on the problems of the occupier, the paternalist, who seeks equality yet is threatened by changes in the balance of power: "He harbours the suspicion that he won't find a place for himself in the future nation."

So, while living in a colony, he maintains his citizenship in the motherland. Enlightened Israelis also reserved the right to return to Europe. The current-future nation, to include rabbis and traditional Moroccan women in ministerial positions in government, is but preparation for the day when an Arab will be appointed prime minister.

The left in Israel dreams European and, along the way, forgets what defines "left": a people's struggle. No surprise, then, that one of the greatest women authors writing in Hebrew, Ronit Matalon, an Israeli of Egyptian descent, looks to the Europeans and implores their help in the war against apartheid in Israel.

Despairing of its own people, the left turns outward, and to whom? To the anti-Semitic powers who have destroyed and continue to destroy the lives of our Arab brothers… When the left gives up on the people, the popular opposition moves to the right and thence, as demonstrated for us by the dark regimes in Europe, fascism is not far off.

Hitler and Mussolini were without a doubt popular leaders. But in Israel, the story as usual is more complicated: Burg, the Israeli Jew of the Left, declares in that op-ed: "There is no God, but he has a fascinating tradition," demonstrating for us just how much of an accounting there has been between political Zionism and the people of Israel right from the outset. Hannah Arendt expressed this criticism very well as far back as the 1940s when she warned against the dangers of a Jewish state comprised of those who don't believe in God but speak and act in his name (The Jewish Writings).

The Israeli left, animated by the left that established the state, has truly sinned, with the most violent sin of all: like the Nazis, it has worshipped nationalism until, in its name, it has nullified God.

Burg's cynical phrase conveys complete imperviousness to the Jewish-Arab conflict, because for Mizrahim (a generic coin for all children of Israel) – mostly traditional, and bound through love and by force to the historical people of Israel, well versed in suffering and exile – conceding to the Palestinians is painful because it is conceding the self.

Unlike European colonialism, the concession required of the Israeli occupiers directly touches their land, as motherland and colony converge. Moreover, the left in Israel denies the reason for persecution of the Jews by European nationalism: their adherence to the God of Israel and His Torah (in the view of some scholars attempting to understand its development). When left is an identity, I must declare here that I am not a leftist:

To this land of sun and sand I bring my hopes, and I am not impressed with the distinction between '48 and '67. The memory of the six million, I hope to commemorate together with my Palestinian comrades, and look forward to their appropriating, as Netanyahu always does, the Western Wall as their own, too.

I'm not a media consultant but I would advise Daphni Leef, the leader of that social protest of 2011, as she enters politics, to break through the fortifications around identity and demonstrate solidarity: turn to those who, for you, are the other: Aryeh Deri, Gila Gamliel, even Miri Regev, and certainly to President Rivlin. Behave modestly and say that your agenda is Mizrahi - because as a Jew who lives in the Middle East, you don't have anything to do with Europe - and, finally, work to create a popular coalition with Arabs that can bring an end, once and for all, to the Netanyahu era.

The path from here to there apparently begins with the Likud being counted in, and may God bless the Jews and the Arabs.

- Dr Omri Ben-Yehuda is a researcher in Jewish literature at the Van Lear Institute in Jerusalem.

Photo: An Israeli woman wearing a Guy Fawkes mask, which is the symbolic mask of Occupy protesters, holds flowers as policemen stand guard during a protest in Tel Aviv on 22 June, 2012 to demand social justice and protest at the high cost of housing in Israel (AFP). 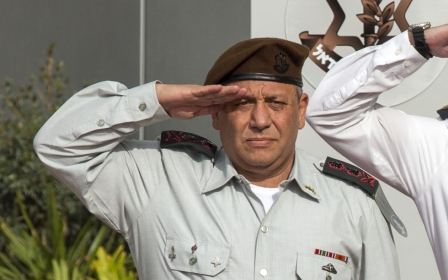