Kamel Hawwash
With millions of Palestinians entering Israel illegally each year, and very few of those linked to attacks, what purpose does the wall actually serve? 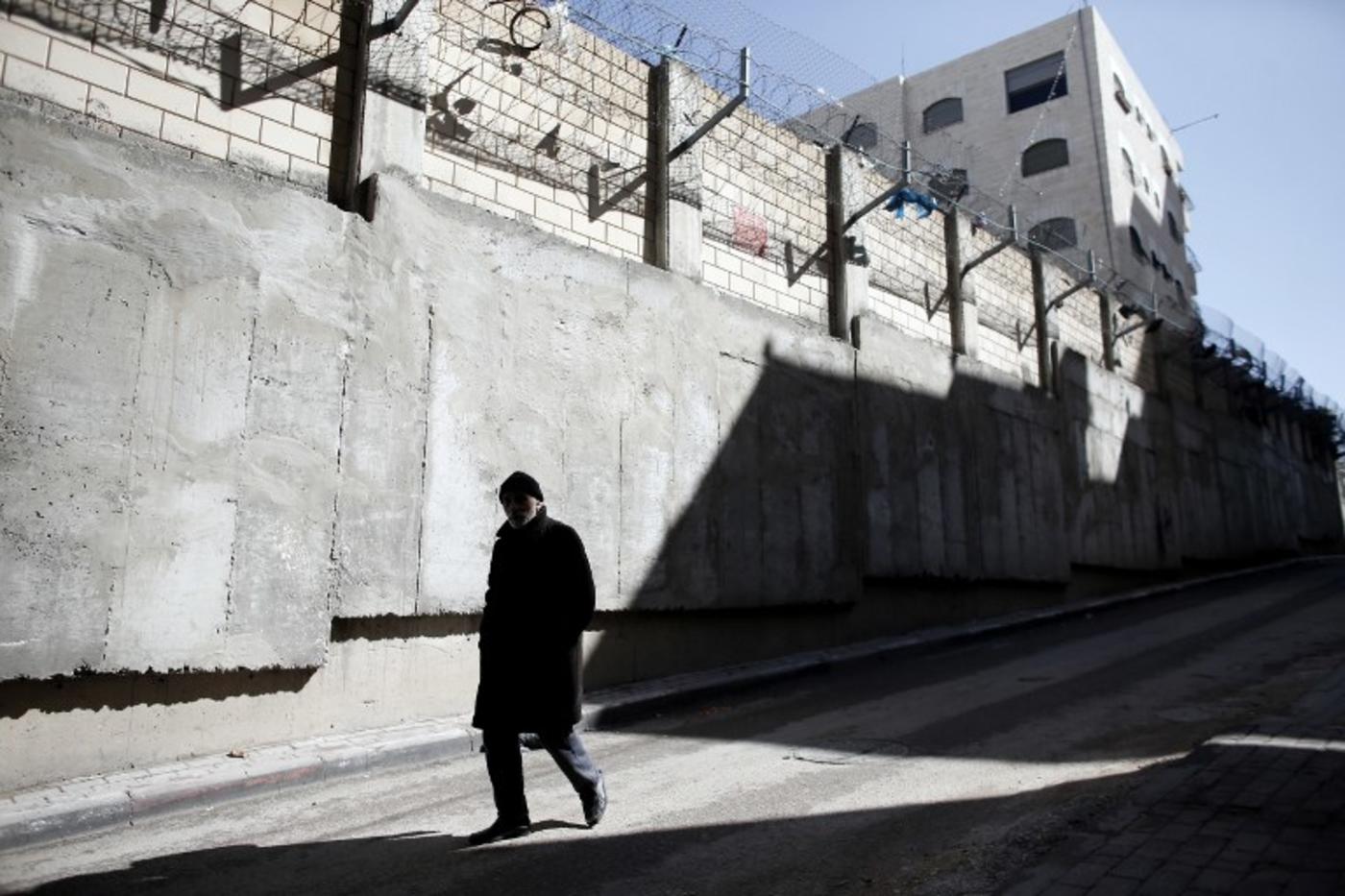 For more than a decade, Israel has been building a wall which it claims provides security for its citizens.

The wall, which the Israeli cabinet decided to build in 2002 with the declared objective of "regulating the entry of Palestinians from the West Bank into Israel", has been called many names, depending on which side of the wall you sit: "security barrier", "West Bank Barrier", "separation barrier", "Apartheid wall", and "racial segregation barrier".

At its highest, the wall will reach six to eight metres compared with the Berlin Wall’s 3.6 metres

Only some 15 percent of the wall sits on the Green Line, the internationally recognised border between Palestine and Israel. Palestinians claim that Israel uses the path of the wall to claim more of their land and even to access strategic water aquifers.

When completed, the wall will be some 709 km long (twice as long as the Green Line) and, at its highest, it will reach six to eight metres compared with the Berlin Wall’s 3.6 metres.

On average, the width of the area it confiscates along its path is 60 metres. Since 85 percent of its path is in the West Bank, it has had a severe impact on surrounding Palestinian land and the movement of Palestinians.

Construction on the wall began during the Second Intifada. Israel argues that its construction dramatically reduced the number of suicide bombings, which had become a regular occurrence, from 73 from 2000 to 2003 to 12 from the end of 2003 to 2006.

Holes in the wall

However, since the wall has not been fully constructed, gaps remain, which Palestinians can use to enter Israel, without permit, if they choose to take that risk.

Clearly many do as the Israeli chief of staff Gadi Eisenkot recently claimed. He estimated that “some portions of the security barrier that are fenced, rather than walled, contribute to the illegal entry of an estimated 50,000-60,000 Palestinians into Israel each day”.

WATCH: MEE travelled with Palestinians from the West Bank who found ways to get over the wall and into Jerusalem

Eisenkot reported that the security forces only manage to arrest approximately 4,300 Palestinians without permits annually, and that 44 percent of the "terror" attacks carried out in the recent upsurge in violence were in some way connected to Palestinians who were in Israel illegally. This is in contrast to the estimated 100,000 Palestinians that enter Israel with permits on a daily basis, none of whom were associated with attacks.

This led Eisenkot to tell the Knesset State Control Committee, “We are making efforts to close the open border areas. There are still 100 kilometres of border without a security wall.”

If Eisenkot’s estimate of illegal entries by Palestinians is correct, then that would amount to some 18 million illegal entries per year. However, consider that according to the Israeli foreign ministry’s website there have been 157 stabbing attacks (including 76 attempted attacks), 101 shootings, 46 vehicular (ramming) attacks and one vehicle (bus) bombing since September 2015. This amounts to a maximum of 304 attacks at the time of writing.

While I am saddened by any attack either by a Palestinian or Israeli against civilians, if you factor Eisenkot’s 18 million illegal with the number of recent attacks, the percentage of attacks linked to illegal entrants is nearly zero. This is even fewer if you discount those attacks carried out by Palestinians from Jerusalem who do not need to cross illegally.

Is it the wall that deters violent attacks by Palestinians or is it Israeli actions that incite Palestinians to violence, inspiring them to cross the wall and carry out attacks against Israelis?

Therefore it must be asked: is it the wall that deters violent attacks by Palestinians or is it Israeli actions that incite Palestinians to violence, inspiring them to cross the wall and carry out attacks against Israelis?

This is anecdotally confirmed by testimonies from some Palestinians who posted on social media the reasons why they had gone on to attack Israelis citing the general climate of humiliation and repeated attacks on Al-Aqsa mosque.

The question of whether the wall is providing Israel with the security that officials claim is important because if it is not, then there is less justification for it, particularly considering the impact it has on Palestinian lives.

Palestinians claim Israel uses the routes of the wall to keep control of water resources thus depriving Palestinians of their own water supply, diverting it to illegal settlements. Its negative impact on the environment has also been assessed by Palestinians.

But even beyond this, it is the wall’s impact on the very fabric of Palestinian society that hits you when you visit Palestine and speak to the locals.

Before its construction, Palestinians moved relatively freely between the West Bank, East Jerusalem and Israeli areas inside the Green Line. However, that freedom has now completely disappeared, giving way to a system of checkpoints and permits that has deprived many young Palestinians from even visiting Jerusalem.

On a recent visit to the West Bank, a Palestinian doctor from Ramallah – only 15km from Jerusalem - told me that her son was now 11 years old but had never been to the city.

Even when Israel issues permits to Palestinians, for example to pray at Al-Aqsa Mosque or the Church of the Holy Sepulchre, it tends to deny permits to young Palestinians and sometimes even to middle-aged Palestinians.

Permits to visit families beyond the wall are even more difficult. This limits the social interactions that you would expect any free people to have. In particular, the opportunities for young people to meet, date and marry if they reside in different areas reduces markedly. And on the occasion when this happens, the question of where they will hold their wedding becomes a logistical nightmare.

Recently, Israel barred Qassam Barghouti, the son of the well-known and imprisoned Fatah leader Marwan Barghouti, from attending his own wedding in Attira where his now wife lives. He had to hold his wedding in Kubar in the West Bank a few days later.

Once married, the question then of where Palestinians with different types of identity cards can live needs more space than the word limits on this column will allow.

Some readers will remember a famous image of Pope Francis making an impromptu prayer at the wall near Bethlehem during his 2014 visit to occupied Palestine. However, the reality is that the wall, as it exists, is illegal according to the now 12-year-old judgement by the International Court of Justice, which has been ignored by Israel and not pursued with sufficient vigour by the Palestinian leadership.

Israel seems to be surrounding itself by walls, as it embarks on the construction of a wall on the border with the besieged Gaza Strip and another on its southern border with Egypt to stop illegal entry from the Egyptian side. It should stop to think that walls do not bring acceptance or security, only division and resentment.

Photo: A Palestinian man walks along a section of Israel's controversial separation barrier that separates the West Bank city of Al-Ram (behind the wall) from East Jerusalem in February 2016 (AFP).