Israel's moment of self-doubt opens a window for Palestinians

Ghada Karmi
It is time to leverage the existential anxiety that lies behind Israel's new nation-state law, and to demand equal rights for everyone in the country 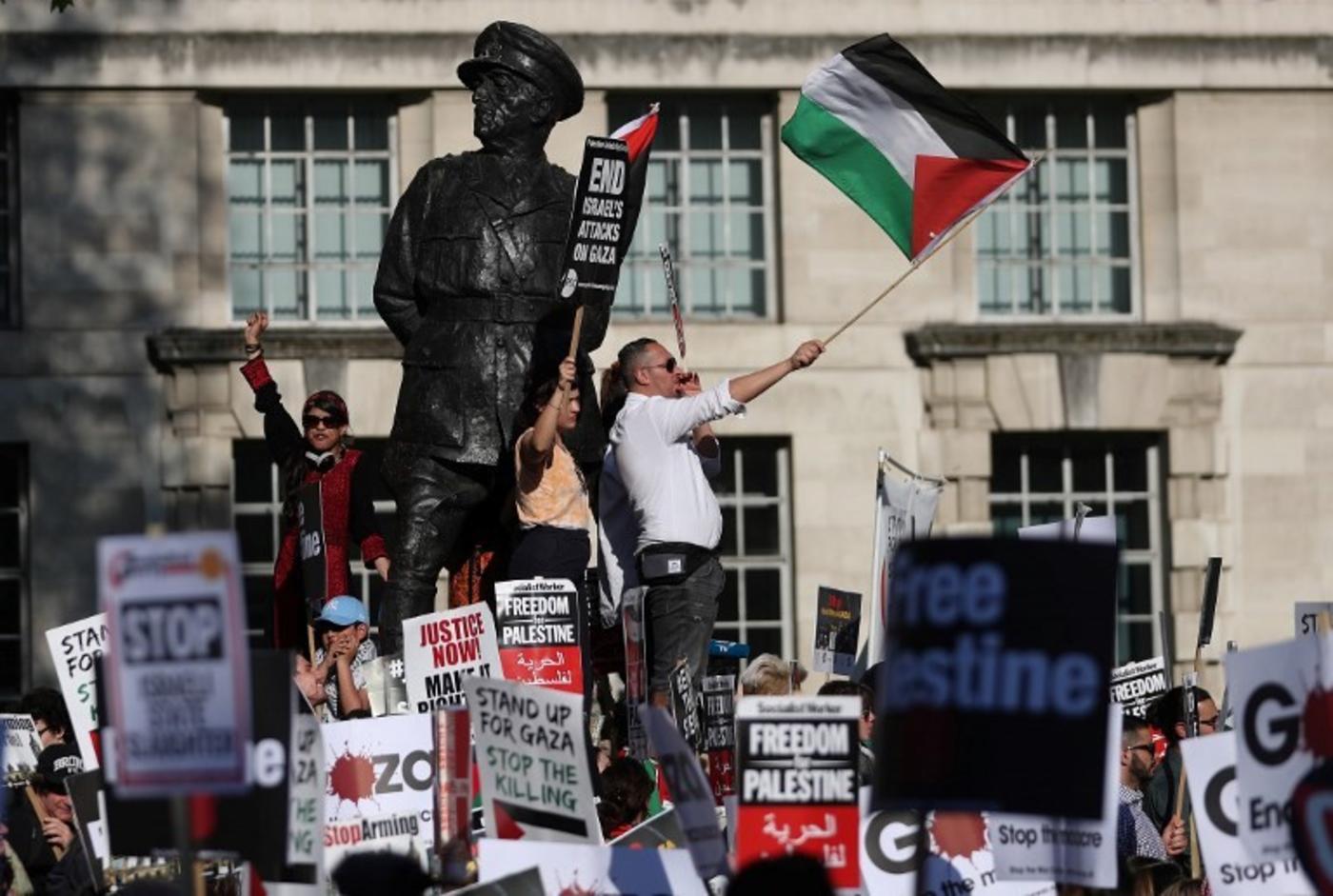 The law sparked outrage, but this reaction was disingenuous, as the legislation simply codifies the existing status quo. The law stresses Israel's Jewish character and reasserts policies that have existed since the state's inception, while confirming Israel's Arab population as second-class citizens.

This reflects the reality of Israel's conduct towards its Arab minority from the very beginning; there was never any intention of abiding by the spirit or letter of Israel's 1948 founding declaration. The noble-sounding sentiments about citizen equality and the rights of non-Jewish communities were a ploy to market Israel to the world as an inclusive, liberal country.

All the while, the Arab minority faced a very different reality. Subjected to martial law from 1948 to 1966, Arab citizens of Israel found themselves, when it lifted, still unequal.

Adalah, the Legal Center for Arab Minority Rights in Israel, has detailed at least 65 Israeli laws that directly or indirectly discriminate against Palestinians, in addition to widespread racism in daily life. US President Donald Trump's recent recognition of Jerusalem as Israel's capital also simply formalised a situation that had existed since 1949, when Israel moved its major government institutions to Jerusalem.

The persistence of the Gaza protest movement, starting with the Great March of Return on 30 March, is remarkable, considering that over 150 people have been killed and thousands injured

The primary question about the nation-state law is why it was passed now. According to Prime Minister Benjamin Netanyahu: “In recent years, there have been some people who have been trying to undermine [the state of the Jews]... Today, we etched into the rock of law: This is our country, this is our language, this is our national anthem and this is our flag.”

These actions and pronouncements cannot be divorced from the Palestinian situation Israel is currently confronting, including increasing global support for the Palestinians and their cause, fuelled by Gaza's resilience in the face of Israeli brutality. The persistence of the Gaza protest movement, starting with the Great March of Return on 30 March, is remarkable, considering that over 150 people have been killed and thousands injured.

Meanwhile, in the West Bank village of Nabi Saleh, Ahed Tamimi's triumphant return was a slap in the face for Israel. Unbowed by prison, this young girl, whose “crime” was to slap and scream at a heavily armed Israeli soldier after her own cousin was shot by soldiers, has become a heroine and a symbol of Palestinian resistance.

Solidarity with the cause of Palestine in western civil society, increasingly channelled through the boycott, divestment and sanctions (BDS) movement, has never been so strong. The cancellation of pop star Lorde's Tel Aviv concert was just the latest in a string of such moves by artists, writers and scientists, including the late physicist Stephen Hawking, who withdrew his participation at a conference in Israel in 2013.

Since the Palestinian call for BDS in 2005, the movement has spread to include university campuses, solidarity organisations and activist groups in the US and Europe - and it is still growing.

Israeli alarm over these developments led to the establishment in 2016 of a dedicated task force to combat BDS. Millions of shekels have been expended on this effort, to no avail, as the Palestine solidarity movement has moved further into the mainstream and critical sentiments among diaspora Jews towards Israel have risen.

This is the existential anxiety that lies behind the nation-state law and the quest for world recognition of Jerusalem as Israel's capital. The Israeli army's excessive response to any form of Palestinian resistance, and the harsh treatment of children incarcerated in Israeli jails for stone-throwing, are the actions of a weak and fragile state desperate to assert its authority.

Despite its huge army, massive nuclear arsenal and open-ended US support, Israel is still not secure after 70 years of existence. This moment of Israeli self-doubt is the Palestinians' moment. If ever there was a time to widen the breach that has opened in Israel's sense of itself - and to demand equal rights for everyone in the country - it is now.

Today, Israel is the de facto ruler over the whole area from the Mediterranean Sea to the Jordan River; there is no independent Palestinian Authority. Israel/Palestine has essentially been one state since 1967, with a combined population of more than 13 million people, about a third of whom lack any rights. Israel's project to take Palestinian land without Palestinians is still ongoing; it did not end with the ethnic cleansing of 1948.

There is no way forward from this grim reality except through equal citizenship for the whole population. A two-state solution, or a democratic single state to replace Israel, are not practical concepts amid rapid Israeli colonisation.

A demand for equal rights is without doubt the shortest and most direct route to attaining a measure of elemental justice for the Palestinians under Israel's rule. It will be readily understood by those who supported the civil rights movement in the US and the fight against apartheid in South Africa, as well as fair-minded people all over the world.

As a start, Palestinians in the 1967 territories should make common cause with their compatriots on the Joint List of Arab Knesset members, who in June of this year called for Israel to become a state of all its citizens. Their bill was so alarming to Jewish members that it was banned from debate - but this will not be the end of Palestinians' quest for equality.

Photo: Pro-Palestine demonstrators hold placards and wave flags during a protest opposite the entrance to Downing Street in central London on 15 May, 2018 (AFP)