It's the Arab spring for dictators 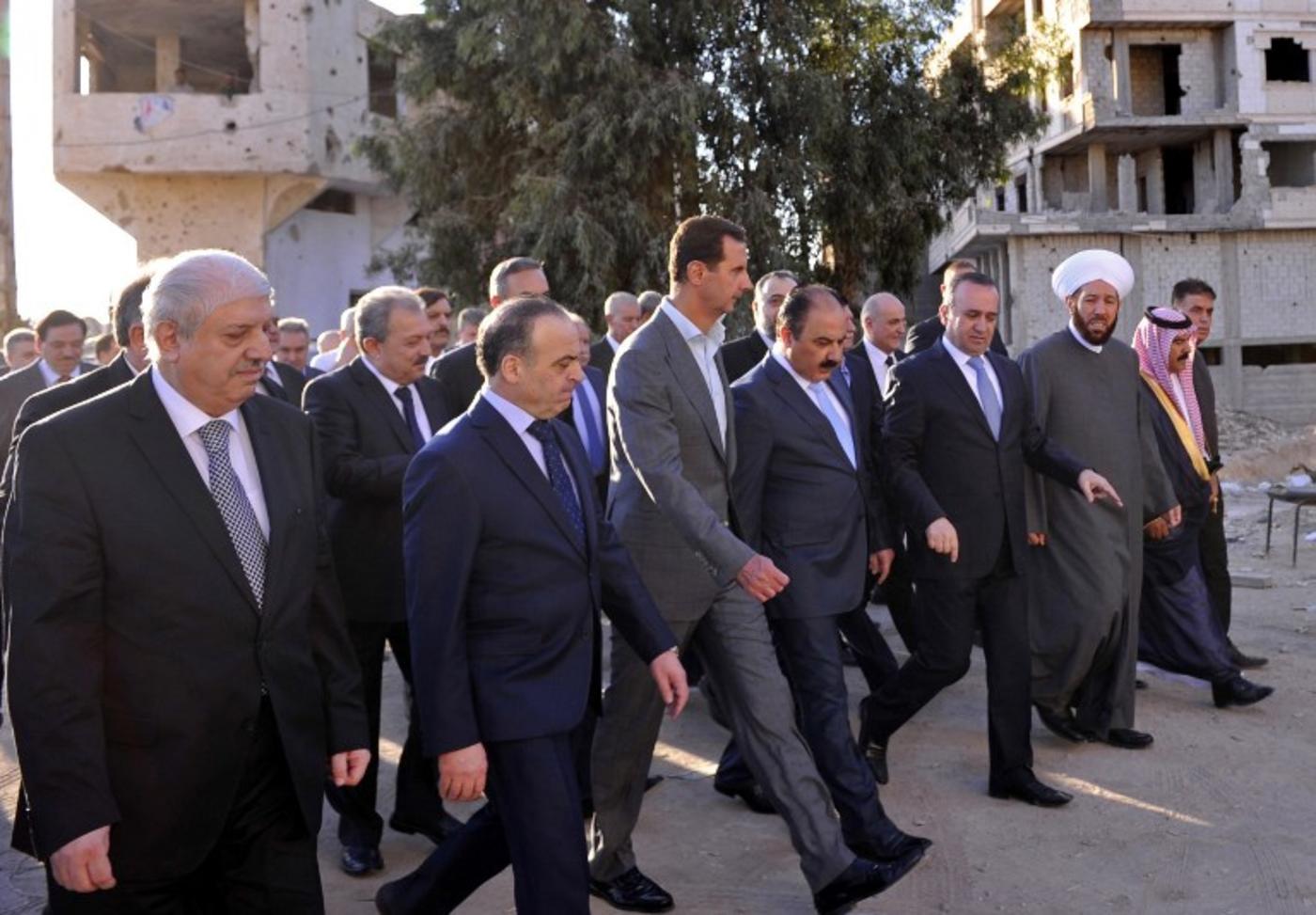 What has been said following the fall of Aleppo into the hands of the Syrian regime ignores the symbolism that goes beyond the battle itself: the fall of a crucial city coinciding with the sixth anniversary of the Arab Spring. This begs the question whether the Arab Spring has turned into the "spring of dictatorships" and who is exactly to blame for the setbacks that Arab revolutions encountered the past six years.

The short answer is that international community has failed the Arab uprisings but heavy blame must also fall on the Arab dictatorships, their international allies in the West and elsewhere, and even the "revolutionaries" themselves. How can an Arab Spring be salvaged, widespread extremism and violence be eliminated, and lasting change prevail?

One answer is for the international community to support democratic transition and put shortsighted security approach to stability in the Middle East to rest.

Many observers of Middle East politics underestimated what the authoritarian state and its regimes were willing and capable of doing. The Syrian regime has shocked the world’s conscious by responding with bloody massacres against the Syrian people when they called for change.

Likewise in Egypt the military establishment crushed democracy in its embryonic phase and has pushed the country into a critical political, economic and security crisis, deeper than the ruling days of former authoritarian president, Hosni Mubarak. The Islamic State (IS) found an outlet for power in the Sinai in a fractured Egypt under the current military leadership.

Reforming Yemen’s Saleh regime has only led to a bloody civil war that crushed a UN-led national dialogue and the wider democratic transformation. Known as the “dancer on snakes’ heads,” longtime ruler of Yemen Ali Abdullah Saleh managed to galvanise the power of his deep-rooted state institutions, particularly the military, and countered the democratic process in Yemen by sparking a bloody civil war that has invited external powers into the conflict to project political power and protect their interests.

The sixth anniversary of the Arab Spring highlights the failures of the international community to seize the opportunity to encourage democratic change and long-lasting stability in the Arab region. The Obama administration’s obsession with countering terrorism through the use of drones and security solutions failed, and even contributed to transforming the Arab Spring from demands for freedom, justice and development into a “war on terrorism”, inviting radicals and extremists, and regional and international coalitions, into ongoing conflicts.

The United States, UK, Russia, Iran, and the Assad regime all define their role in Syria’s conflict as fighting a “war on terrorism”. So where did the Syrian revolution go? The most utilised slogan when the Arab Spring began was “Ash-shaʻb yurīd isqāṭ an-niẓām" or "the people want to bring down the regime". Today it is – sadly - an almost forgotten slogan in Arab politics. The “war on terrorism” has become a prosperous business, and regime security for survival, and foreign intervention in Syria, both employ "countering terrorism” as their validation.

Russia and Iran justify their military campaigns as fighting terrorism in Syria before the battle reaches their own turfs in Moscow and Tehran, and Assad ultimately wants to be remembered as the leader who fought to save his country from terrorism. The Obama administration, however, has gone beyond Syria to bomb Arab cities in Yemen, Iraq and Libya so America doesn’t have to fight terrorism on the lawns of Washington.

The revolutionaries who rebelled against despotism did in fact fail the Arab Spring too. The revolutionaries who were victimised under the Gaddafi regime in Libya took a radical approach to state building that ended up polarising their own society and turning the victims to victimisers. In 2012, I wrote in the New York Times, warning of an “ill-advised purge in Libya” as potentially capable of setting the country on a path of civil war – and the need to avoid it.

Revolutionaries in Libya proceeded in a similar manner to the notorious “de-Baathification” approach taken by the US administration took in Iraq, which set Iraq on the path of a brutal sectarian war with no end in sight. Libyan revolutionaries instilled a “political isolation law” which prevented anyone who worked with the former regime from taking public office for ten years, and ended up motivating former regime factions to regroup and fight back. The result ignited brutal civil war and a sharply divided country between East and West Libya.

The biggest threat to the Arab Spring six years after its inception remains authoritarianism. The renovation of dictatorships has proved to be the wrong approach towards achieving democracy. European enlightened despotism, as Voltaire argued in the 18th century, does not exist in the Arab world today. What we have instead, according to Arab philosopher Azmi Bishara, is tyranny which “cannot be enlightened”.

Investing in tyranny, as the international community and especially the West did over many years, thinking they could thereby counter terrorism, has been a fatal mistake. Tyranny created the foundation for despair, extremism and outrage, ills that tyranny produced in the first place and can never remedy.

Six years have passed and the setbacks that the Arab Spring experienced – resulting from tyranny - underlines the validity of the uprisings' original message - that democratic transformation is the only viable alternative to the madness that the region is witnessing.

- Ibrahim Fraihat is an international conflict reolution professors at the Doha Institutes's Center for Conflict and Humanitarian Studies. He tweets @i_fraihat

Photo: Syrian President Bashar al-Assad (C-L) walking on a street alongside officials after performing the morning Eid al-Adha prayer at a mosque in a government-controlled area of Daraya (AFP/SANA) Arab Spring
After Aleppo, it may feel like the Arab winter - but it's just late spring
Ahmet Alioglu-al-Burai