It’s time to talk about violence against women in Lebanon

Sophia Akram
Legal and policy reform alone can't make the shift needed to tackle violence against women, there must also be a general change in attitudes 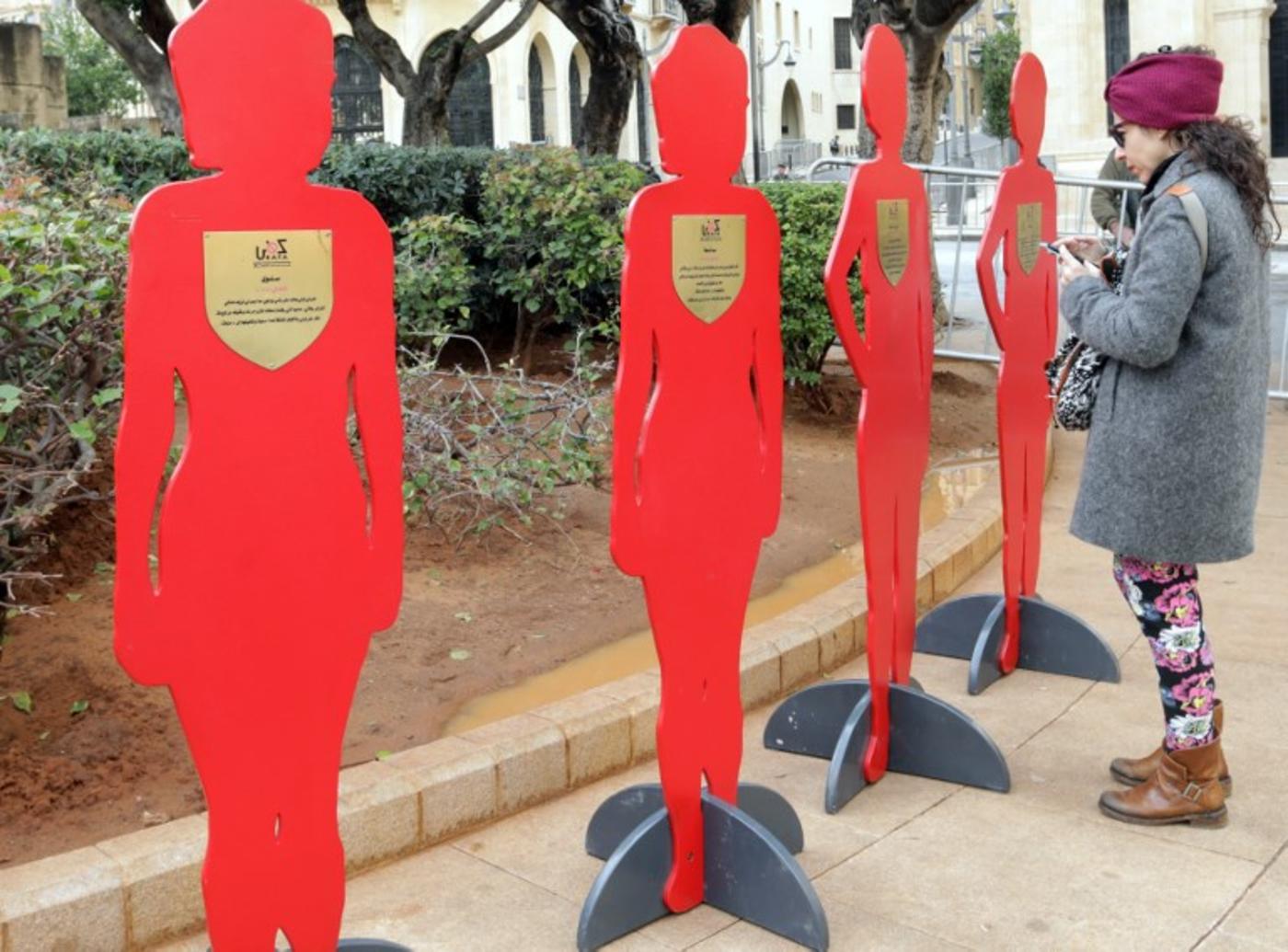 A judge in Lebanon has ordered the accused killer of British embassy worker Rebecca Dykes to stand trial.

Becky, as she was known, was recently remembered in both London and Beirut. She was allegedly murdered by a taxi driver in December, one in a spate of killings and violent acts against women in recent months, prompting Beirut-based advocacy group Kafa (Enough Violence and Exploitation) to protest and stand in solidarity with victims.

Along with Becky, other victims have included a woman who was killed by her ex-husband and a 15-year-old who took her own life because of an early marriage.

That Lebanon should have a problem with gender violence and inequality may be surprising to some; its capital is referred to as the "Paris of the Middle East", and women's participation in public life is clearly visible. But in the legal system, a little more hidden from the international gaze, women's parity is not as well defined.

Lebanon is a country of apparent contradictions. It's relatively well developed but fares third to last in the Middle East and North Africa (MENA) region on the gender gap. And while women have full economic rights, 2009 figures suggested that only 23 percent of women were economically active.

Lebanon was one of the first countries in the Middle East to give women equal rights to participate in politics. That was in 1953, but it wasn't until the 1990s that this became a proper reality - although even today, the picture is bleak, as only nine percent of legislators and senior officials are women, and they occupy three percent of parliamentary seats and four percent of ministerial positions.

Institutionalised training among professionals, capacity-building of social services and harnessing the influence of religious communities to educate the public would assist systemic change

Lack of political representation could be put down to barriers all too familiar, not only in MENA but the rest of the world, such as cultural and socioeconomic inequality. But Lebanon's confessional system complicates the landscape even further: 18 religious groups are represented in the legislative body in 11 denominational categories.

None of them are considered a majority, presenting the peculiar challenge of balancing the interests of the different communities.

In addition, the system, which has been in effect since Lebanon's independence, has been dominated by elites that tend to elect men and further the causes that benefit them, rather than societal issues, such as gender equality. The sectarian system also highlights another problem with addressing violence against women: the conflict between national and religious law.

The need for change

That violence against women is an issue worth talking about is shown by what few statistics exist. A survey in 2016 reported that 31 percent of women in Lebanon had experienced intimate partner violence and 24 percent of men admitted causing it.

Advocacy group ABAAD says that one in four women in Lebanon is subject to some kind of sexual assault and an average of 13 women report sexual assaults to the police every month. Back in 2002, a study supported by the UN Population Fund found that out of 1,415 women interviewed, 35 percent had been victims of domestic violence.

The need for change has been acknowledged for quite some time, and the country has gone through a number of changes amid a concerted effort by local civil society and the implementation of the UN Convention on the Elimination of All Forms of Discrimination Against Women.

Among the changes was a repeal or annulment of certain articles of the Lebanese penal code, which showed leniency for honour killings or rapists who married their victims - and in 2014, Lebanon passed a law that addressed domestic violence for the first time.

Further reforms are needed, Kafa says, such as more severe penalties for violence within marriage and swifter mechanisms to get a restraining order. Human rights groups also argue that the definition of domestic violence is too narrow, with no provision for marital rape.

Although its original version did contain one, it was removed under pressure from religious authorities. Religious elites also ensured that the country's personal status laws would trump the law on domestic violence.

Fifteen separate laws regulate the personal status of the members of the confessions, dealing with marriage and other family issues. This system has been criticised for several reasons: that citizens aren't treated the same, that laws are dominated by traditional patriarchal values, and that religious judges don't have the same training or go through the same selection process as civil judges and don't have to comply with human rights commitments, of which they may or may not be aware.

Child or early marriage has been flagged as one issue arising from this system. The minimum age for marriage differs according to the 15 different laws, ranging from nine to 18. Child marriages appear to be happening a lot now in Lebanon, with "alarming speed and effortlessness"; the problem has increased with the Syrian refugee crisis, as many parents prefer to see their children married than vulnerable in camps.

As well as in the home, women face harassment on the street and in the workplace, with most women reporting an experience of sexual harassment in public spaces. One can't ignore the impact of the wave of conflict through the region: refugees now make up 25 percent of the country's population, increasing its already high unemployment levels and exacerbating tensions and stress.

Legal and policy reform alone can't make the shift needed to tackle violence against women in Lebanon. There must be a general attitudinal shift and a proactive approach. Institutionalised training among professionals, capacity-building of social services and harnessing the influence of religious communities to educate the public would assist systemic change.

So will further grassroots work and programmes. Efforts to rehabilitate survivors and provide counselling to men who perpetrate violent acts are being implemented by civil society. Ramping these up, along with improved conditions for the refugee population, can only help.

Donors, NGOs and the international community at large can all contribute. One of the legacies Becky's family has been building out of the tragedy is a foundation to further the work she believed in, with a focus on tackling violence against women.

The phoenix from the ashes of all of this violence should be that we start talking about the ills in society and start moving towards change.

Photo: A picture taken on 27 January 2018 shows figures representing women killed by male relatives in Lebanon, including eight killed in the past 60 days, during a rally organised by activists from Kafa (AFP) Women
Muslim women speak out about sexual assault in Mecca