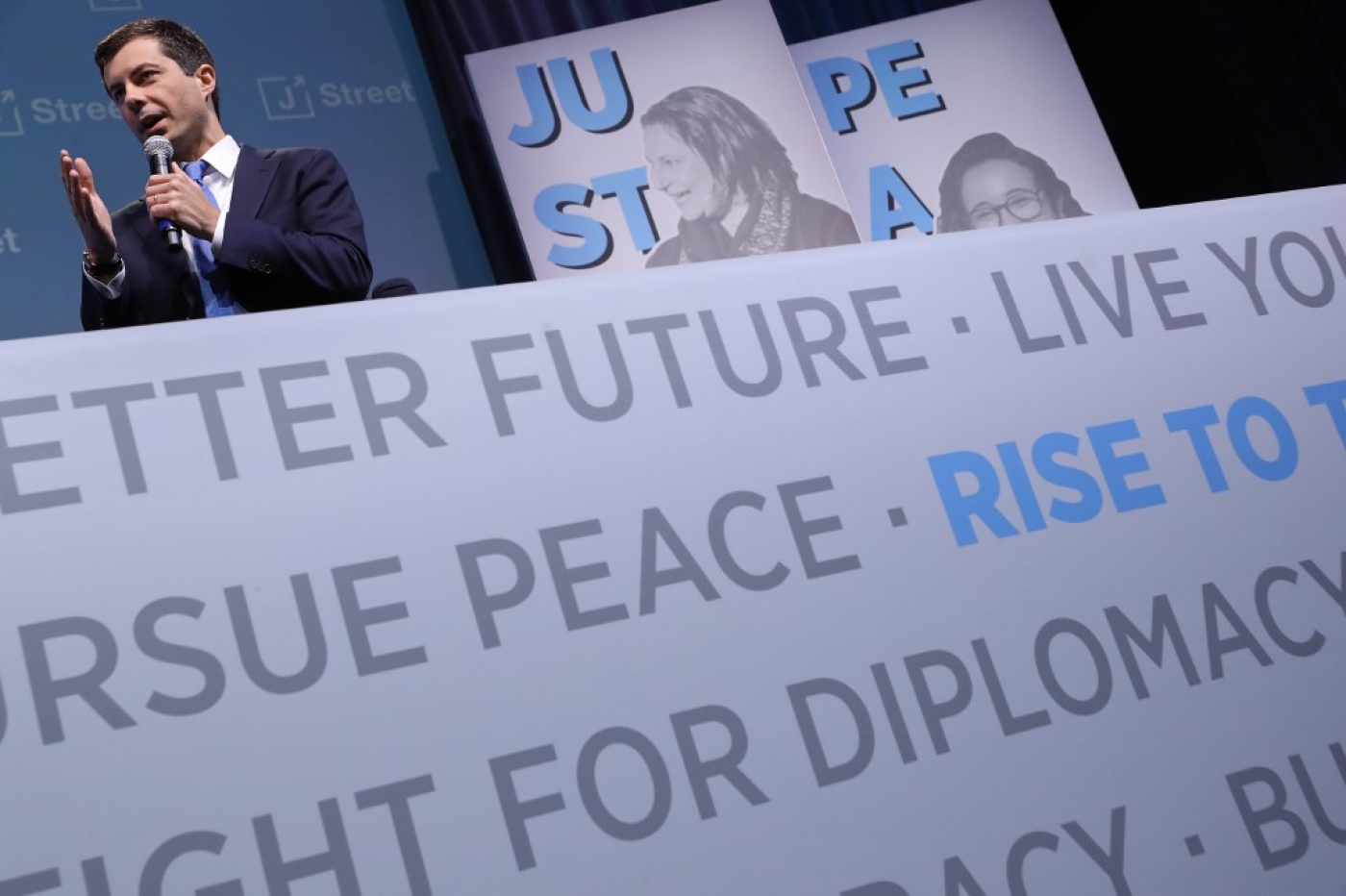 In 2008, as Barack Obama was mounting his historic bid for the White House, a group of liberal Zionists disenchanted with AIPAC’s stranglehold on Israel-related discourse in the US founded an alternative lobby.

The cofounders included Daniel Levy, whose father was a senior UK Labor minister, and Jeremy Ben Ami, whose father was a senior member of the pre-state Jewish terror group, Irgun. They sought to create a “pro-Israel, pro-peace” organisation that would lobby on behalf of the liberal democratic values embraced by Israel’s Declaration of Independence.

'A work in progress'

The day of its launch, I wrote in the Guardian: “I came away … heartened by the J Street effort. Trying to be a realist after feeling burned by similar efforts previously, I’m not yet firmly convinced it will succeed. But it is bold, ambitious, well thought out and doable. Many other dovish political efforts in the past had one or even two of those qualities going for them, but few have had all of them. That is in J Street’s favour.”

This approach nibbles around the edges of the problem, while Israel's dominant far-right has, over half a century, systematically gutted the democratic basis of the state

The following year, I attended its first conference and organised a semi-official panel of progressive Israel-Palestine bloggers. I remained cautiously optimistic, noting in a blog post: “No longer does AIPAC … sit astride the colossus that is American Jewry and crack the party line whip. No longer does the Israeli government ‘own’ the entire American Jewish leadership … There has been more diversity in the discourse in the past 18 months since J Street launched than in the past decade … But I don’t want to paint an overly rosy picture. J Street is still very much a work in progress.”

Last week, J Street held its 2019 national conference. It was another landmark for the lobbying group, as several Democratic presidential candidates graced its stage, offering their visions for a new US policy towards Israel. Candidate Bernie Sanders took most of the spotlight, with a groundbreaking statement that some of the nearly $4bn in annual US aid to Israel should be leveraged to support the two million Palestinians under siege in Gaza.

US media have devoted much ink to the proceedings. Even the New York Times, known for its cautious liberal Zionism, devoted a major story to the supposed chinks in the pro-Israel armour represented by Sanders’ remarks. 972 Magazine’s Mairav Zonszein penned perhaps the most sobering profile, which cautiously tiptoed up to a critical line without stepping over it.

Given the flattering coverage, it’s worth offering a more critical appraisal of J Street and the liberal Zionist “consensus” among the mainstream US Jewish community. Within a year or two of its founding, I took an increasingly skeptical view of J Street as it endorsed Israeli invasions of Gaza; attacked international investigations of Israeli war crimes, such as the Goldstone report; rejected the boycott, divestment and sanctions movement (BDS) and Hamas; and urged the Obama administration to reject a UN resolution demanding an end to illegal Israeli settlements. At that point, I joined other critics in calling the group “AIPAC Lite” and “Jews for Obama”.

I had hoped that J Street would become a home for new ideas on the Israeli-Palestinian quagmire. Instead, it became a vehicle for funding candidates who pushed a Sisyphean boulder uphill, while an earthquake toppled the mountain on which they struggled. The group has adopted an incremental approach, which many of its critics view as too little, too late.

J Street’s continuing embrace of a two-state solution in the face of Israeli rejection has marked it as increasingly out of touch with reality. It allows liberal US Jews and the Obama-Clinton-Biden wing of the Democratic Party to assuage their conscience that they are “doing the right thing” while doing nothing. This approach nibbles around the edges of the problem, while Israel’s dominant far-right has, over half a century, systematically gutted the democratic basis of the state.

Another failure of J Street is its refusal to acknowledge the critical role that Palestinians must play in any solution to the conflict. They are an afterthought.

Their suffering since the 1948 Nakba, their existence as a valued minority within the Israeli polity - all are either ignored or rejected. Lip service is paid, but the group’s embrace of Israel as a Jewish state, in which the Jewish majority enjoys superior rights, is a fatal flaw.

The national conference showcased some Palestinian speakers, mainly affiliated with the Palestinian Authority (PA) and moderate streams of Palestinian politics and Israeli-Palestinian coexistence (ie normalisation) efforts. Among them were longtime Palestinian peace negotiator Saeb Erekat; Ayman Odeh, leader of the moderate wing of the Joint List; and surprisingly, Issa Amro of Youth Against Settlements. 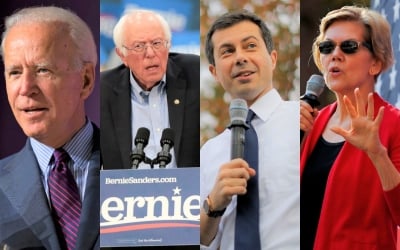 A major Palestinian statement preceded the conference, arguing that participation in it whitewashed the interests of Palestinians: “This is an open letter from Palestinians in the United States who are driven by the values of equality, freedom, and justice for all and who root policy demands for Palestinian freedom in these values.

"J Street’s positions are not in line with these values … J Street dismisses our voices … pushing instead its agenda in liberal and progressive circles in ways that are harmful to our advocacy to hold Israel accountable for its human rights violations.”

The statement said that many of the Palestinians invited to appear at the conference “do not represent the full array of Palestinians dedicated to pursuing freedom and justice for our people”, and that “J Street’s advocacy does not represent a progressive vision for Palestinians and Israelis”.

My original vision of J Street was that it would be a big-tent organisation embracing a wide range of progressive views on Israel-Palestine. But I quickly learned that was not the case. From the beginning, the group excluded non-Zionist views represented by a major progressive organisation, Jewish Voice for Peace.

Ben Ami has denigrated those in the Jewish community to his left. Asked in a New Republic article about the flourishing of activist groups to J Street’s left, and how they may contribute to squeezing J Street out of the discussion, Ben Ami said the opposite was true. “The disavowal of Zionism is a single digit view,” he said. “It’s minimal single digits. They’re very loud, by the way. And carry a microphone pretty oversized.”

In terms of its activism and progressive vision, Jewish Voice for Peace and like-minded groups are eating J Street’s lunch, not to mention more youth-oriented groups, such as If Not Now, founded by former members of the campus affiliate, J Street U, who felt constrained by the latter’s ideological strictures. It has 52,000 Twitter followers.

Clearly, the more forthright views of Jewish Voice for Peace and If Not Now resonate in major portions of the US Jewish community. Demeaning their role seems part of J Street’s DNA and indicates an ideological litmus test for legitimacy. These are the very same criticisms Jewish liberals have had of the mainstream communal consensus for decades.