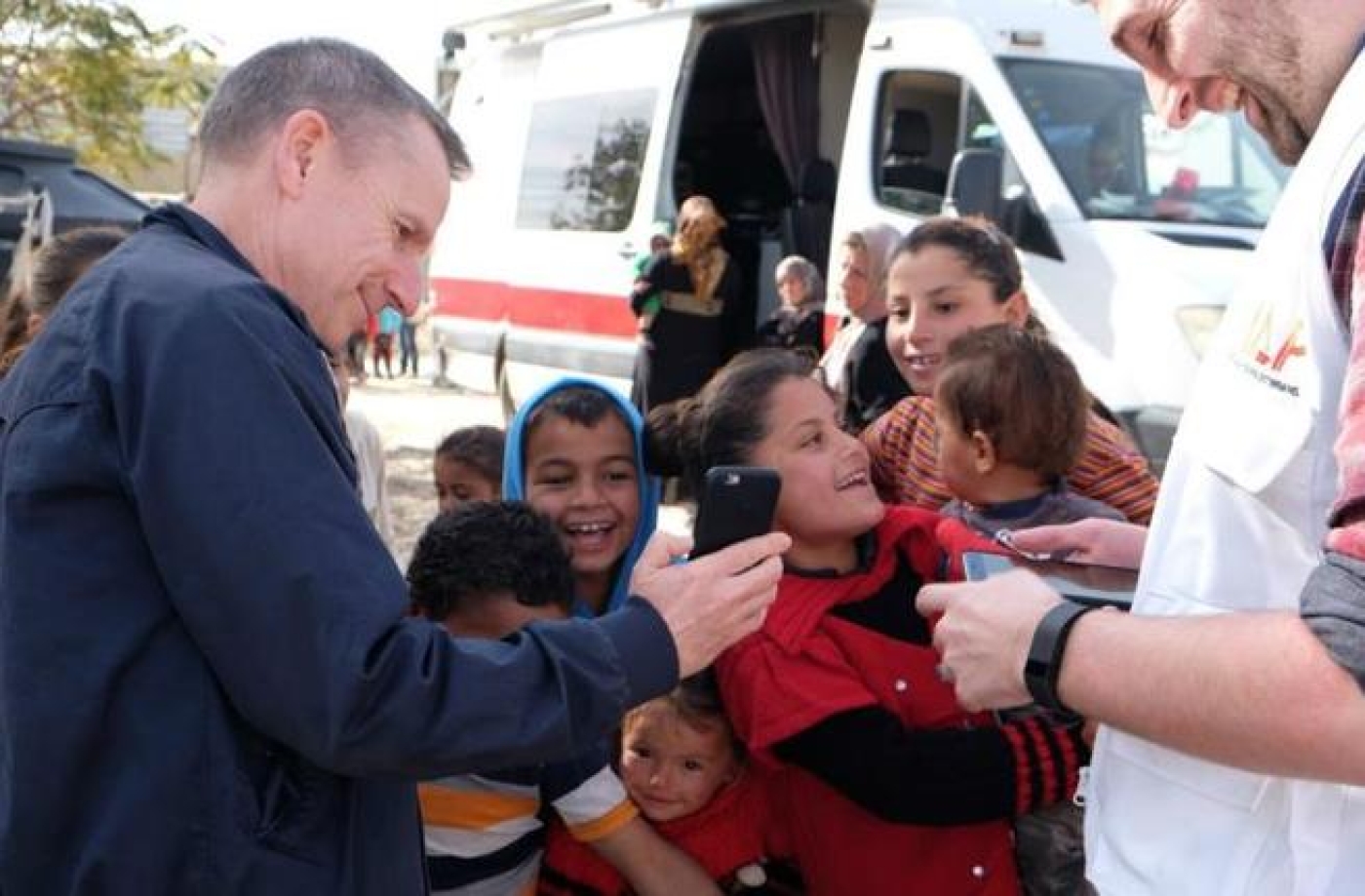 "I don't know why Iran doesn't recognise Israel; it looks just like Palestine, give or take. Usually take."

Few people existed on the British comedy circuit who were able to straddle both the worlds of radical political activism - including on the Middle East - and the mainstream of comedy broadcasting in the way that Jeremy Hardy did.

When his shock death from cancer was announced on Friday, at the age of only 57, plaudits came in from across the political spectrum, although the largest number came from his fellow comedians and left-wing activists.

He was ubiquitous on demonstrations against war, austerity, and in support of striking workers, even as he remained a staple of long-running BBC programmes such as The News Quiz, I'm Sorry I Haven't a Clue  (where he became famous for his awful singing voice) and QI.

All socialists have bad backs because we slouch — except when we're watching the news when we sit on the edge of our seats, shout, and wave our arms. Generally we sit hunched, arms crossed in a judgemental way, the whole of our bodies pulled into a frown

When he started off in comedy in the 80s, he said that he originally hadn't intended to be a "political" comic, but that the atmosphere of Margaret Thatcher's Britain made it inevitable.

"I'd always been a sort of leftist, liberal social democrat, but the country in the 80s was so right wing that I thought I'd become part of some beleaguered minority of ultra-leftists," he told friend and fellow comedian Jack Dee on the BBC show Chain Reaction.

One of his greatest political passions was Palestine. For most comedians - especially those who regularly appeared on BBC panel shows - the topic was too sensitive to broach. Of course, the main reason for this is that few take the effort to do their homework, let alone travel to the region to see the situation first hand.

In 2002, at the height of the Second Intifada which had then been raging for two years, Hardy took up an offer by his friend Leila Sansour - chief executive of the Open Bethlehem NGO - to be the subject of a film in which he travelled to the West Bank as part of the International Solidarity Movement to be a human shield.

The resultant documentary, Jeremy Hardy vs the Israeli Army, saw the comedian facing down Israeli gunfire and eventually become trapped along with six other British activists in Bethlehem as the town was placed under siege by the Israelis.

Far from being gung-ho, he is very openly scared by the whole experience ("the problem is the solidarity movement people ... I think most of them are crazy") until he and other demonstrators are fired upon by an Israeli tank while marching through the streets of Bethlehem.

"A few minutes ago I was terrified - now I'm just stunned and angry," he says.

On the home front he was a committed anti-war activist and campaigner against the Iraq War. A close friend and staunch supporter of Labour leader Jeremy Corbyn, he had less kind words for his predecessor but one, Tony Blair.

He was also willing to criticise some of his otherwise allies on the Left - during a protest outside the European Commission offices in London over the siege imposed by Syrian President Bashar al-Assad on the Yarmouk Palestinian refugee camp in Damascus, he criticised the double standards of some Palestinian activists over the issue.

Jeremy Hardy was a dear, lifelong friend. He always gave his all for everyone else and the campaigns for social justice.

"There was sympathy for the Assad regime from some quarters, which I think was pretty contemptible, who thought 'oh this guy is a good secular guy who supports the Palestinians' and I just think he doesn't," he told MEE at the time.

In one of his last visits to the West Bank, a trip organised by Medical Aid for Palestinians (MAP) along with fellow British comedian Imran Yusuf, he highlighted the ongoing plight of the people of occupied Hebron and the attempts by Israeli settlers to gain full control of the centre of the city.

With a few exceptions - such as his close friend Mark Steel - there will be no mainstream voices left in the ever-shrinking pool of "actually well-informed satire" after Hardy's passing, let alone those who can speak and ridicule with authority about Syria or Palestine or war and capitalism.

Although during his last years Jeremy had seen inroads made by the Left and social justice campaigners that were unprecedented in his lifetime, he never lived to see the end of the occupation of Palestine or the kind of people he thought should run the country actually taking power in Britain.

Though his death was untimely, Jeremy remained philosophical on matters of mortality and the apparent pointlessness of life:

"Why don't they just accept that life is sad and cheer up? After all, it's not forever."

Alex MacDonald is a reporter at Middle East Eye and has reported from Iraq, Turkey, Qatar and Bosnia; examining the seemingly endless social and ideological struggles of the region.