Jerusalem Declaration on Antisemitism: We cannot define our way out of this impasse

Sai Englert
While marking an important step away from the problematic IHRA definition, the JDA still contributes to the policing of Palestinian resistance 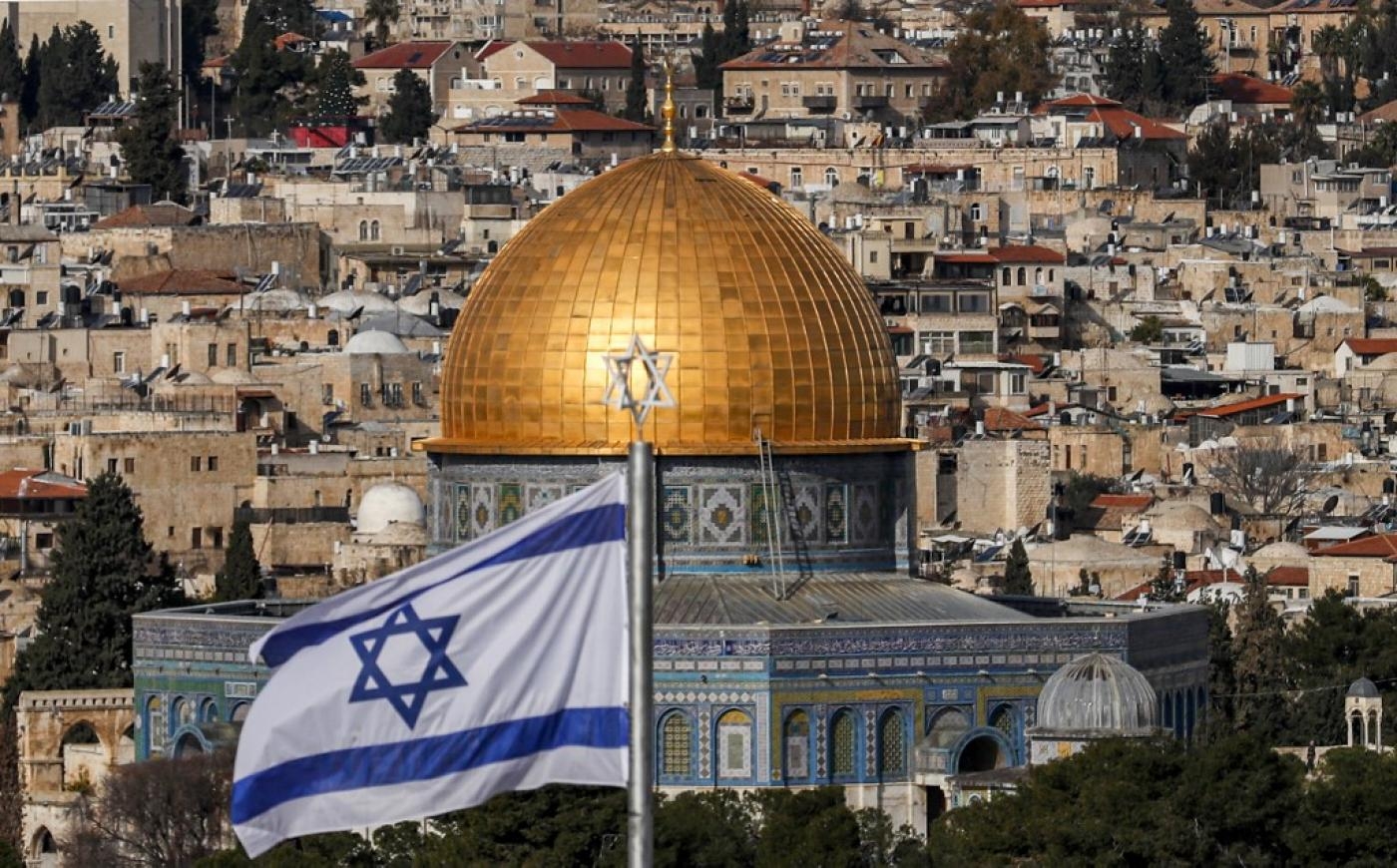 Last week, a group of scholars in the fields of Holocaust history, Jewish studies and Middle East studies published the Jerusalem Declaration on Antisemitism (JDA). It has more than 200 signatories.

Yet, while the declaration is a positive addition to the growing international rejection of the International Holocaust Remembrance Alliance (IHRA)’s working definition of antisemitism, it fails to identify the crux of the current impasse we find ourselves in.

The IHRA definition, as the JDA points out, is - at best - a blunt tool in the struggle against anti-Jewish racism. Instead, its principal aim has been to conflate criticism of Israel and Zionism with antisemitism, and, in so doing, to repress the historical facts of Palestinian dispossession, displacement and oppression.

Policing the types of value judgements that are considered acceptable when debating historical facts can easily become a way to police the facts altogether. When the IHRA working definition argues that describing Israel as a “racist endeavour” is antisemitic, it delegitimises, by extension, discussion of Israel’s ethnic cleansing of Palestine.

In failing to recognise this fundamental issue, the JDA ends up replicating some of the same problems. The declaration bills itself as a conscious response to the IHRA definition, which was “unclear in key respects and widely open to different interpretations”. As a result, the definition “has caused confusion and generated controversy, hence weakening the fight against antisemitism”.

Importantly, the declaration distinguishes between antisemitism and anti-Zionism, and rejects the idea that support for campaigns such as the Palestinian-led boycott, divestment and sanctions (BDS) movement is a form of anti-Jewish racism.

In its desire to counter the IHRA definition, the declaration ends up replicating the undue focus on Palestine and opposition to Israel's colonial project

In the current political climate, the declaration is a positive sign of growing discontent with the repressive atmosphere created through the use of the IHRA definition. Concerns have been raised by Palestinian and Arab academics, journalists and intellectuals, legal scholars, leading experts on antisemitism, and even the working definition’s original author. They have pointed out that the IHRA fails to offer a clear and precise definition of antisemitism, while simultaneously criminalising those who wish to hold Israel accountable for its continued colonial rule over Palestinian land and people.

In the UK, where the government is attempting to impose the definition on universities in what is widely seen as an attempt to curtail academic freedom, an important critique was developed by a group of University College London scholars, who found it to have “potentially deleterious effects on free speech, such as instigating a culture of fear or self-silencing on teaching or research or classroom discussion of contentious topics”.

Rise of the far right

The JDA’s contribution to this mounting critique should be welcomed, but important concerns remain. In its desire to counter the IHRA definition, the declaration ends up replicating the undue focus on Palestine and opposition to Israel’s colonial project. In doing so, as the BDS movement has pointed out, it fails to identify the international threat of a rapidly growing far right as the principal danger facing Jewish communities everywhere.

This is a crucial point, as we are seeing the increasingly normalised presence of far-right, antisemitic, Islamophobic and xenophobic parties across Europe and North America. While British Education Secretary Gavin Williamson threatens universities who refuse to implement the IHRA definition, the Johnson government continues to support the antisemitic regimes of Poland and Hungary. Former British Prime Minister Theresa May even unveiled a statue to honour the virulently antisemitic Nazi supporter, Nancy Astor.

In such a context, any definition of antisemitism that aims to intervene in the debate must not only provide an alternative to the IHRA working definition, but also identify the key threats facing Jewish communities today.

Furthermore, in its attempt to redefine the parameters of acceptable debate, the declaration also runs the risk - perhaps inadvertently - of participating in the policing of the Palestinian people’s ability to name, and organise against, their ongoing oppression at the hands of the Israeli state. Both the BDS movement and Palestine Legal have made this point.

It is striking that, while rejecting the idea that these concepts are antisemitic, the declaration nonetheless designates the use of "apartheid" and "settler-colonialism" to describe Israel’s actions in Palestine as “contentious”.

Palestinian organisations have repeatedly identified the myriad discriminatory laws, restrictions and infrastructure imposed upon them by the Israeli state as apartheid, popularising its use through the annual international Israeli Apartheid Week. Key figures of the South African liberation movement, most famously Desmond Tutu, have echoed this description, which has also been used by a UN agency, a leading Israeli NGO, and even former Israeli and US politicians. 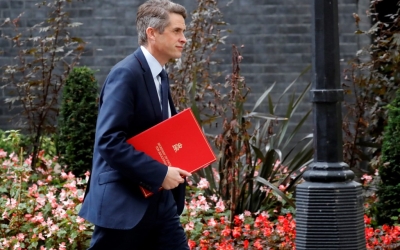 Similarly, the description of Israel’s settler-colonialism belongs not to a contentious fringe, but to the mainstream; it is a basic description of a material fact. If Israel’s ongoing settlement construction is not enough to demonstrate this reality, then one can turn to the writings of the founding fathers of Zionism and Israel, from Theodor Herzl to David Ben-Gurion, who openly described Israel as a colonial project.

The JDA is right to define antisemitism as “discrimination, prejudice, hostility or violence against Jews as Jews (or Jewish institutions as Jewish)”, but it weakens its own precision by participating in the process - initiated by the IHRA - of attempting to decide by diktat, rather than through open and informed discussion, which approaches to Israel’s ongoing rule over historic Palestine are acceptable, contentious or objectionable.

In aiming to address racism through definitions, this approach sidesteps the necessary work of developing collective action across societies. It fragments the anti-racist movement in the process, leaving each community to develop its own wording in response to institutional, state-driven processes of oppression and exclusion. It disarms activists and undermines the necessary work of building alliances, connections and joint struggles between the different targets of institutional racism.

In the words of Palestine Legal: “Instead of politicized definitions, we need to understand and work against the common threat to all vulnerable communities, which is a resurgent white supremacy and fascism that is taking lives and working to undermine all of our freedom.” Similarly, Jewish Voice for Peace, while welcoming the declaration, reminded its members that “defining antisemitism does not do the urgently needed work of dismantling antisemitism and all forms of racism”.

We need a sustained, collective struggle against attempts by our governments to limit our rights and freedoms

To defend the rights of Palestinians to name their oppression and organise for their liberation; to defeat the growing wave of far-right militancy and the mainstream racism that normalises it; and to protect Jewish, Muslim, Black, Asian and migrant communities against violence and exclusion, there is no shortcut. We need to organise mass resistance from the ground up in our communities, colleges and workplaces.

To achieve this, we need a sustained, collective struggle against attempts by our governments to limit our rights and freedoms, including the forceful imposition of the IHRA definition. The JDA is a further sign that this struggle is gathering speed and strength. We must keep going.

Sai Englert is a lecturer in political economy of the Middle East at Leiden University. His research focusses on the consequences of neoliberalism on the labour movement in Israel. He also works on settler colonialism, the transformation of work, and anti-Semitism. He is a member of the editorial board of both the Historical Materialism journal and Notes from Below. 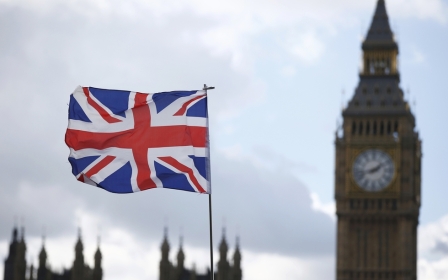 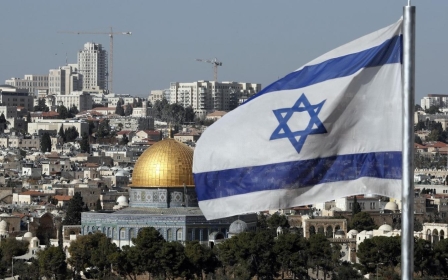