On MBS, Kushner, Friedman and the murder of Jamal Khashoggi 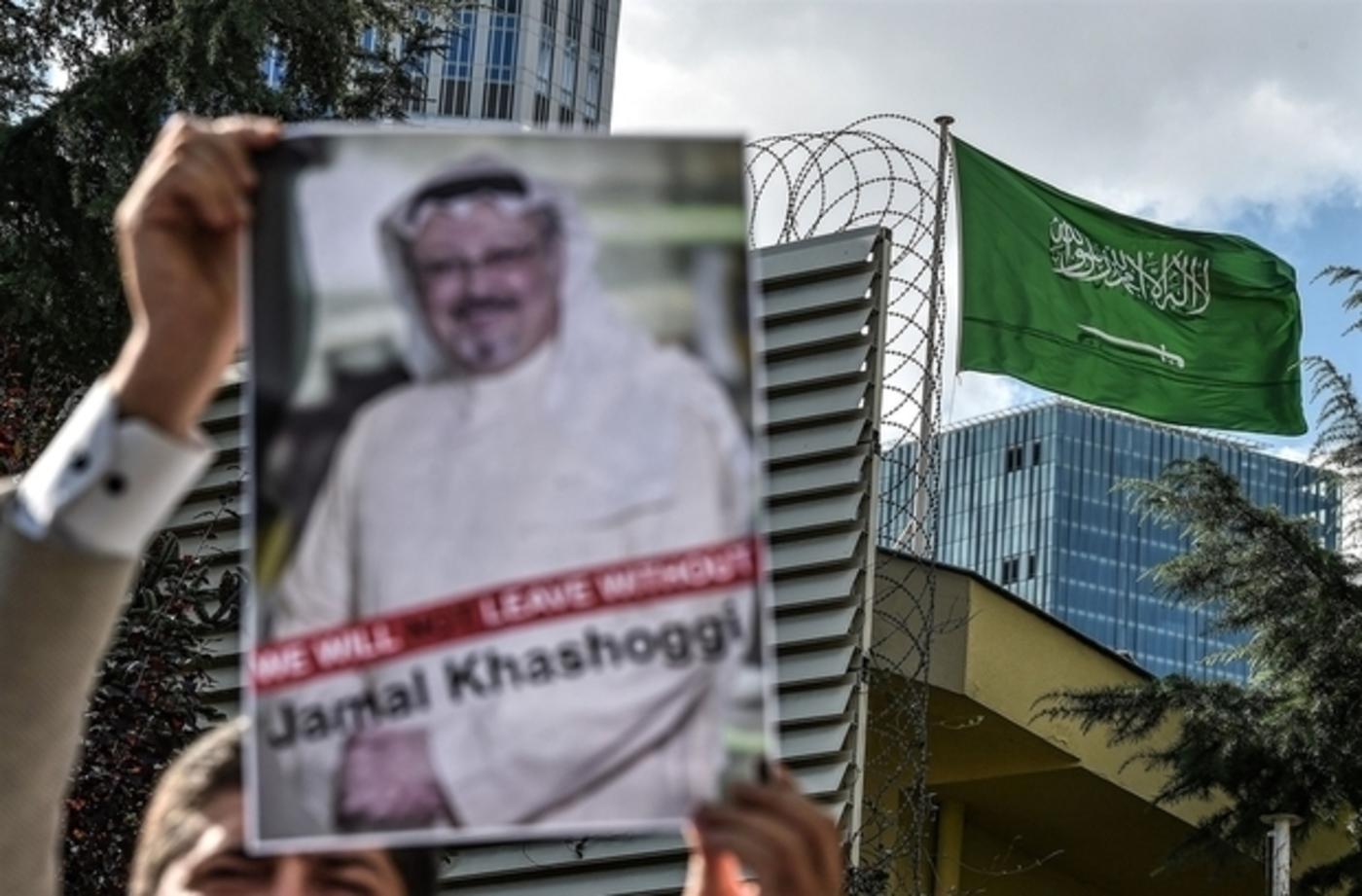 Late last month, US President Joe Biden finally ordered the unsealing of a public secret. After a thorough investigation by authorities in Turkey, where the heinous killing of journalist Jamal Khashoggi took place, everyone already knew that Saudi Crown Prince Mohammed bin Salman (MBS) was a despot masquerading as what Thomas Friedman of the New York Times would call a “reformer”.

But MBS was assiduously protected, aided and abetted by people in positions of power to restore his reputation despite the monstrous crime. Who, why and to what end?

MBS was assiduously protected, aided and abetted by people in positions of power to restore his reputation despite the monstrous crime

The order of events is clear: On 23 November 2017, Friedman cast a favourable light on MBS by branding him a caring and competent reformer. “The Arab Spring” was coming to Saudi Arabia, and MBS was its harbinger. This is the sort of daily propaganda the New York Times feeds its readers.

This was just about a year before the Saudi assassination team was preparing to depart for Istanbul on 2 October 2018 to butcher Khashoggi. What was Khashoggi’s crime to deserve this horrifying end? He had hoped for a democratic future for his homeland.

To be fair, in November 2017, Friedman did not know that MBS would send an assassination squad to murder Khashoggi in October 2018. He only knew that since March 2015, the Saudi crown prince was chiefly responsible for leading the deadly and destructive war on Yemen. But who cares about the mass murder of Yemenis when Israel can have a rich and powerful friend in “the jungle around its villa”, as warlord Ehud Barak, the former Israeli prime minister, once characterised it? 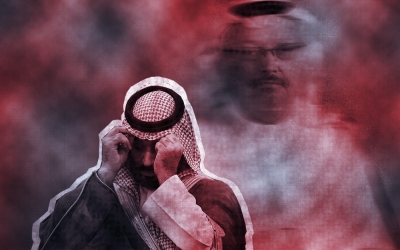 Then, it was former US presidential adviser Jared Kushner’s turn to intervene to launder MBS's reputation.

We know who MBS is - the scion with too much money and too many weapons to his name. He thinks, and he is mostly right, that his petrodollars can buy him anything - from an arsenal of US military junk, a castle in France or, apparently, Kushner's fealty despite his heinous deed.

We know who Friedman is: a staunch Israel supporter with a major column at the New York Times, which promotes the interests of the Israeli settler-colony - and for a break, conveys juvenile gibberish about globalisation. And we know who Kushner is - a  slumlord billionaire who found his way to the White House through his wife, Ivanka Trump, to help his Zionist allies steal what’s left of Palestine.

Kushner’s role in the aftermath of Khashoggi’s killing is crucial. We know that a delegation of Saudis close to MBS visited the US soon after Trump was elected president and immediately must have identified Kushner as ignorant, ambitious and a fanatical Zionist who could be a conduit of influence in the White House. We also know Kushner had been actively advising MBS on “how to weather” the outrage over his commanding role in Khashoggi’s murder.

The world at large knows who ordered the murder of Khashoggi, who created a favourable picture of him as a reformer, and who helped try to launder his reputation. None of them will be held accountable, as the world moves on to the next distraction that Oprah Winfrey, Meghan Markle and Prince Harry will stage.

We know our predicament well: those in positions of wealth, power and propaganda can generate and sustain an alternate reality, projecting dark and shadowy illusions as truth.

When it comes to the Saudis, the Kushners and the propagandists at the New York Times, we are back to where we were before Biden became president

In the real world, MBS would be tried for murder and punished to the fullest extent of the law, spending the rest of his life in some luxurious prison where he couldn’t do any more harm. Friedman will no longer be writing columns for the New York Times.

Kushner, for his part, would never be allowed to go anywhere near the White House, and would be made to spend the rest of his wretched life amassing more millions of useless dollars.

But the alternate reality, where three major institutions came together to assist the Saudi state, is where the sad saga of the Arab and Muslim world dwells. Can we dismantle the House of Saud? No. Can we prevent Americans from electing a rank charlatan and his corrupt family to the White House? No. Can we convince the New York Times to search for journalistic integrity? No. 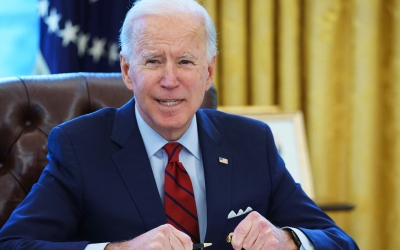 Is there any hope for the future of US politics anytime soon? No. Biden released the secret report on MBS to mark his difference from the charlatan who came before him. But so far, he has refused to hold him accountable, because Saudi Arabia is “an important ally” in the fight against “terrorism” and Iran.

So when it comes to the Saudis, the Kushners and the propagandists at the New York Times, we are back to where we were before Biden became president.

The moral of the story is therefore very simple: we must relentlessly dismantle the fake regime of knowledge that US and European media create to camouflage their political interests in the garb of facts.

A healthy dose of scepticism must accompany every single word we read in the New York Times or hear on the BBC. We must systematically speak reason to madness, marshal facts against deception, and shed light where fake news and propaganda reign freely.

MBS ordered the murder of Khashoggi, Kushner did all in his power to protect him from fallout over this heinous crime, and Friedman helped fuel the crown prince’s image as a trailblazing “reformer” instead of the tyrant he is. That’s all there is to it. Onto the next atrocity. 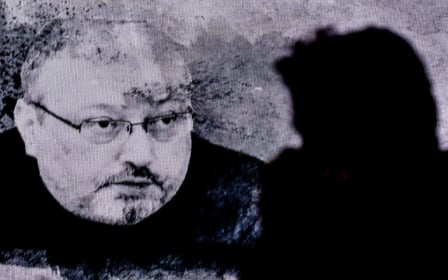 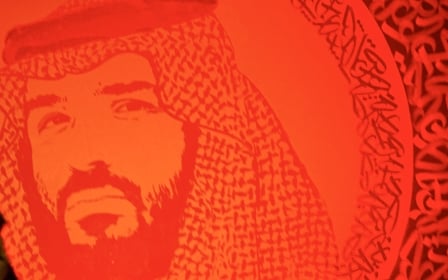 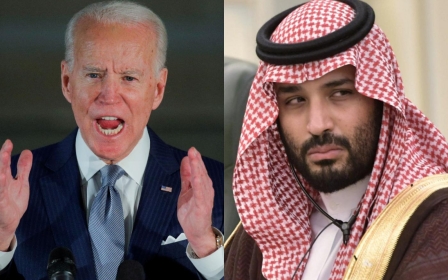 Khashoggi
The 'Biden doctrine': How not talking to MBS could impact Saudi-US relations
David Ottaway