The killing of Jeremy Corbyn For his enemies, he will go down as one of Labour’s worst leaders. He failed to unite his party. He sent too many contradictory messages on Brexit, which was the greatest issue of his time. He never dealt with Labour’s antisemitism problem. And he ultimately went down to a catastrophic defeat in the 2019 general election.

For an equally vociferous and ardent army of his supporters, Corbyn tripled party membership, banished austerity, shifted the mainstream political discourse leftwards, and presented a genuinely radical alternative to the quagmire of post-industrial capitalism.

We don’t hold a candle for Corbyn.

Neither of us are Labour Party members, and indeed one of us has worked as a political correspondent and commentator for The Spectator, The Daily Telegraph and The Daily Mail, three stalwarts of Tory opinion-making. Both of us care greatly about accurate, truthful journalism. Both of us, as British citizens, cherish the tradition of fair play and decency.

That is why we believe everyone should be concerned about the picture painted of Corbyn by the British media for the four years he was leader.

Corbyn was never the monstrous figure presented to the British people. He was never a Marxist. He was not hell-bent on the destruction of Western capitalism. He was a socialist. Nor was he an antisemite, and there is no serious evidence which suggests that he was, though we certainly do not absolve him of poor judgement, for instance  in joining various internet forums in his years on the backbenches.

And he was not a divisive figure - the claim made against him by so many of his right-wing opponents.

Indeed, one of Corbyn’s problems was that he was too soft with his internal enemies as he tried to unite the Labour Party after his shock leadership victory in 2015. He was a flawed politician who made mistakes.

We wanted to give Corbyn a chance, which was largely denied him as Labour leader, to tell his side of the story

But he also possessed personal decency and authenticity, which has scarcely been acknowledged amidst the thousands of hatchet jobs conducted against him in the press and wider media. That is why we thought it was important to conduct the first major interview with Corbyn since he stepped down as Labour leader on 3 April this year.

We wanted to give him a chance, which was largely denied him as Labour leader, to tell his side of the story. We also wanted to expose one sombre truth; Corbyn was the victim of a carefully planned and brutally executed political assassination.

He was never given a chance. Not by the bulk of Labour’s parliamentary party and many officials, some of whom (we are now learning) campaigned harder against their elected leader than they did against the Tory government. Not by senior figures connected to the British state, including former spy chiefs, military officers and civil servants, all of whom should have known much better.

Take the claim that Corbyn’s director of strategy Seumas Milne would not get security clearance at 10 Downing Street because he "hobnobbed" with Putin.

The former head of MI6, Sir Richard Dearlove, told the Mail on Sunday: "Anyone with his sort of background could not be let anywhere near classified information. It would be out of the question," Dearlove said.

"That means Corbyn could not make the judgments and decisions a PM has to make unless he stopped consulting him." Dearlove’s successor at MI6 and former chairman of the Joint Intelligence Committee, Sir John Scarlett "hobnobbed" with Putin and took his hospitality at the Valdai Club the year before Milne went.

One of us had a drink in a bar in Moscow with a supremely relaxed Scarlett who evidently enjoyed his time talking to Putin and his mates.

Lie after lie was told about Corbyn, day after day, month after month. For the last four years very few journalists have bothered to do their job to fact-check the claims and report fairly on him.

In our review of Tom Bower’s book "A Dangerous Hero", we investigated and exposed a farrago of falsehoods and misrepresentations in what was presented as a major biography of the Labour leader published by Harper Collins, one of Britain’s most significant publishers.

We showed how Bower misrepresented a meeting of the Palestinian Return Centre (PRC). Bower accused the PRC of being a group that blamed Jews for the Holocaust. Nobody affiliated with the PRC has ever expressed such views, as was accepted by an inquiry led by the Commissioner of Standards.

Harper Collins and Bower agreed not to repeat the allegation. The Mail on Sunday, which lavishly serialised Bower’s book, withdrew the allegation and apologised. The point to note here is that when such claims face the prospect of being examined properly in a court of law by judges who are led by facts and evidence and who conduct their inquiry with due process, they tend to fall apart.

Sir Keir Starmer, a barrister by training, please note: due process matters. It has been absent for the last four years in the party you now head. We showed how Bower misrepresented Corbyn’s dealings with the National Health Service (NHS). He reports that the junior doctor strikes organised by the British Medical Association (BMA) in 2016 were “under the control of Momentum”.

Both the BMA and Momentum denied this. The BMA said "there is no evidence to suggest this was the case.” Bower certainly didn’t provide any. We showed how Bower misrepresented a confrontation between Labour activist Marc Wadsworth and Labour MP Ruth Smeeth at the launch for Shami Chakrabarti’s report on antisemitism in June 2016.

This was another incident seized upon by the media to attack Corbyn. Bower writes that “Wadsworth snapped at her that not only was she ‘working hand-in-hand’ with the right-wing media by speaking to the journalist, but she was also a Jew”.

Against all types of racism

As the election loomed, much of the press presented Boris Johnson, Corbyn’s Tory opponent, as a national figure and a saviour of the nation.

This – as the nation is learning the hard way – was as grievous a lie as anything told about Corbyn. By one of life’s strange ironies, Johnson, unlike Corbyn himself, has indeed been guilty of producing offensive antisemitic stereotypes.

A group of Jewish academics and campaigners pointed out that one of Johnson’s novels invoked one of the most pernicious antisemitic stereotypes when he describes "Jewish oligarchs" who, in the words of the academics, "run the media, and fiddle the figures to fix elections in their favour".

As Corbyn told us, and we believe he is being sincere in this, antisemitism is an evil which has been tolerated and accepted for far too long in British society. It is, however, not the only form of racism tolerated in political circles. The fight against this scourge should not be party political, nor should the fight against racism be confined to racism against Jews.

Racism against any religious minority is unacceptable in our society and for that reason Islamophobia should just as ardently be hunted down and identified - wherever it appears. The two campaigns should go hand in hand. They should be in lockstep.

By another irony, once he had won the election, Johnson adopted a number of Corbyn’s policies which he had previously denounced as unworkable. The heritage of the British press means what appears in its columns carry a weight far greater than remarks made casually in a pub or a workplace. It’s very hard to see how any decent person reading much of the newspapers or absorbing the broadcasting coverage of the last few years could have possibly voted for Jeremy Corbyn.

Indeed, Corbyn said as much in his interview with MEE, noting the coverage was so hostile that even he would “not want to live on the same street” as the man he read about in some British newspapers. The media abandoned any form of the objectivity or fact-checking they apply to almost everyone else.

There was no due process, no independent inquiry after the facts,  no suspension of judgement until the facts were uncovered. Within seconds, the accusation became the new reality. This was lynch mob justice.

The mob have got their way. Corbyn is back to where he was at the start of this bizarre journey, an MP well respected locally in North Islington and on the back benches. His allies have been purged from the front benches.

But this episode should concern all of us who believe in means as well as ends. The simple question that any MP of whatever political shade should ask themselves is what they would do, how they would feel, if the same tactics were used against them. They would scream foul. They would be right.

This kind of mob politics threatens democracy itself because without truthful and honest public discourse, dark forces make their presence felt. 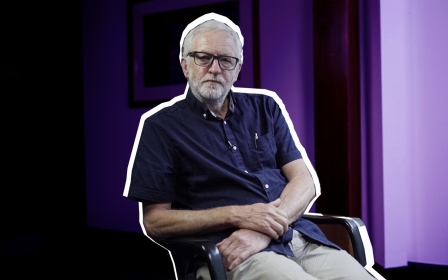