Land Day: A potent symbol of the Palestinian struggle 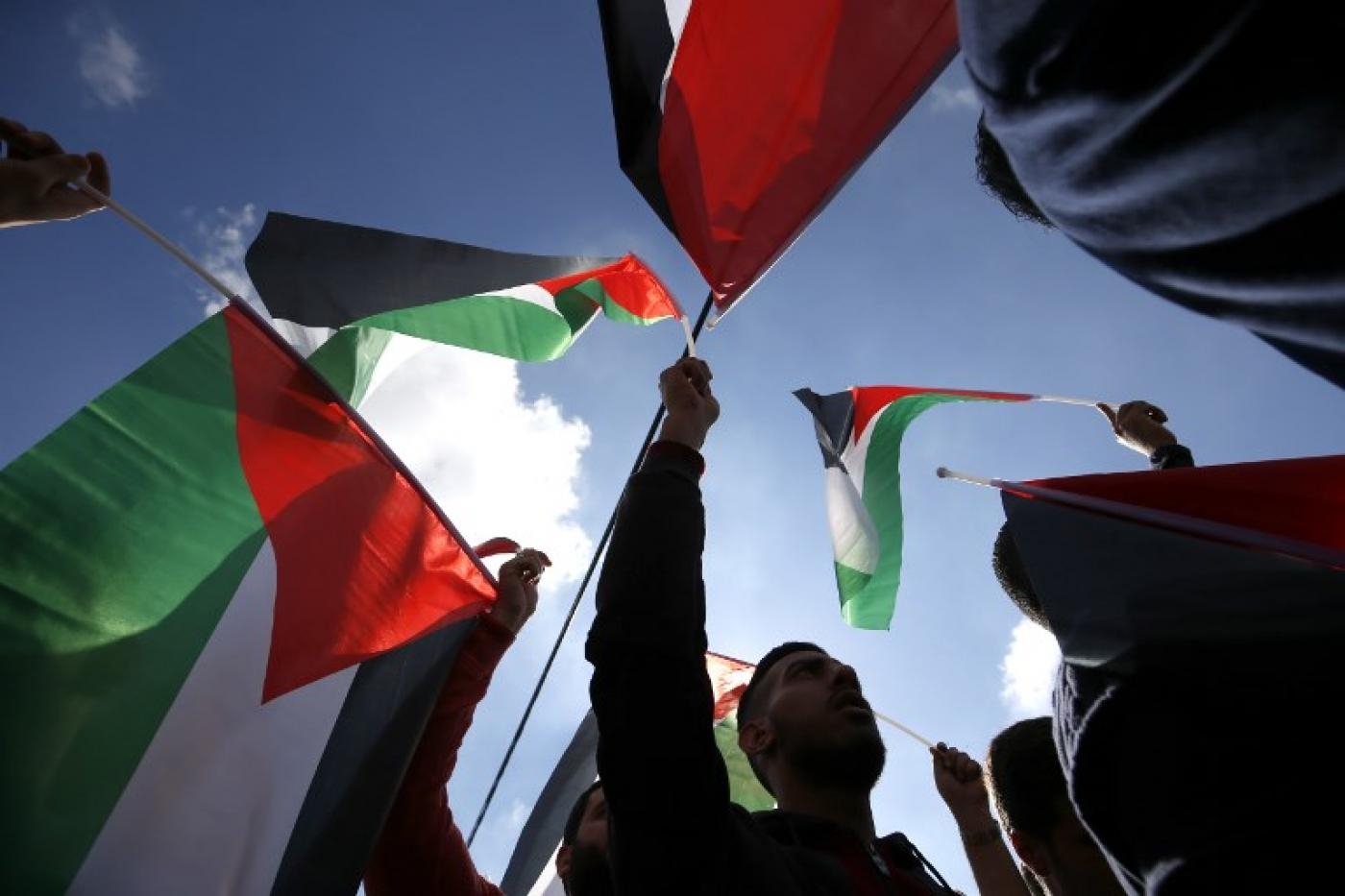 There are few days that gather and unite Palestinians around the world like Land Day.

While 43 years have passed since the events of the first Land Day, it continues to represent a symbol of struggle - not only for Palestinian citizens of Israel, but for the general Palestinian public.

It was not a coincidence that the Great March of Return in the Gaza Strip took off last year on 30 March, the 42nd commemoration of the day.

The confrontations of 1976, which came in rejection of discriminatory Israeli policies against Palestinian citizens of Israel, were not the first. For 18 years (1948-1966), Israel imposed a military regime on the Palestinians who remained on their lands during and after the 1948 Nakba - the year when Israel was created through a campaign of ethnic cleansing and mass expulsion of Palestinians.

During this time, there were several large confrontations with Israeli forces that led to the killing and wounding of many Palestinian citizens of Israel, as part a national struggle.

The confiscation of land in the Galilee was merely the straw that broke the camel's back. The protests and mass demonstrations had been building since the Nakba

Perhaps the first national movement organised and undertaken by Palestinian Israeli-passport holders - those who remained in present-day Israel - began on 13 December, 1954, in the village of Kufr Manda near the Galilee in the country's north. It came to be known as Uwri Day.

Israeli police forces arrived in big numbers, including employees from the Israeli agriculture ministry and water services. They began measuring the village homes in preparation for a plan to destroy them and expel the residents. A large pool was meant to be erected on the ruins, as part of a regional programme to transport water from the Sea of Galilee to the Jewish communities in the Naqab desert in the country's south.

But Palestinians who resided there responded with large protests, joined by nearby Palestinian communities. Israeli forces fired live ammunition; dozens of people were wounded and hundreds detained. Despite that, Palestinians view the day with pride and triumph, as Israeli forces reversed their plans to demolish Kufr Manda. Residents of the village still commemorate Uwri Day.

Palestinian citizens of Israel also remember the protests they held on 17 September, 1961 against the beating, torture and execution of five Palestinian teenagers by Israeli security forces. Amid widespread demonstrations, the state sent the army into Palestinian villages to suppress them. The Israeli government has never revealed the details of the executions, under the pretext of security.

On the first Land Day, 30 March, 1976, Palestinian citizens of Israel tried to rescue what remained of their lands after the Israeli government announced plans to confiscate around 20,000 dunams (2,000 hectares) of private Palestinian land in the Galilee, particularly in the areas of Sakhnin, Arraba and Deir Hanna.

The goal was to create a Jewish city on these lands, as part of a wider campaign to Judaise the Galilee. It came through the implementation of the 1976 confidential Koenig Memorandum, which recommended that the confiscation of Palestinian land continue and that work should be done to impoverish Palestinians with the aim of displacing them.

The Israeli regime opted to thwart the strike by force and suppress demonstrators, so as not to set a precedent. On the evening of 29 March, 1976, Palestinian towns inside Israel began to protest in large numbers. The widespread rallies continued on the next day, centred in Sakhnin, Arraba and Deir Hanna. The fearlessness of the protesters took the Israeli government by surprise.

Israeli state forces treated Palestinian protesters as enemies, bringing in the army to quell the rallies. With live ammunition used against them, six Palestinians were killed and dozens more were wounded. An ode to Palestine on Land Day
Read More »

Since then, Palestinians have engaged in widespread activities to commemorate Land Day, demanding an end to the regime of racial discrimination - in particular, land and housing policies that have turned their towns into closed ghettos.

Yet, the confiscation of land in the Galilee was merely the straw that broke the camel's back. The protests and mass demonstrations had been building since the Nakba.

In a process of harassing and chasing those Palestinians who remained in their homeland, the confiscation of land began immediately after the Nakba, with the passing of the absentee property law.

Since the Nakba, Israel has built around 700 Jewish-only towns, passing laws that implicitly prevent Palestinian citizens of Israel from living in them, including the formation of admission committees. Despite the Palestinian population skyrocketing since 1948, Israel has not built any new Palestinian towns.

It implemented these policies based on the Koenig Memorandum, which can be considered the founding constitution of Israel's apartheid regime

It also rejected plans to expand construction in existing towns, in spite of the urgent need, which has led Palestinians to build without permits. The government has issued demolition orders to tens of thousands of Palestinian citizens of Israel and subjected them to heavy fines.

It implemented these policies based on the Koenig Memorandum, which can be considered the founding constitution of Israel's apartheid regime.

The struggle of Palestinians inside Israel continues to this day. Over the past few years, their struggle has been focused on what is known as the Prawer Plan, which aims to confiscate Palestinian land in the Naqab desert, constrain them into the smallest area possible, and transfer ownership to Jewish towns.

Jihad Abu Raya is a Palestinian lawyer and activist based in northern Israel. He is a founder of the Falestaniyat movement.