Libya: Another year of bloody crisis caused by Western meddling 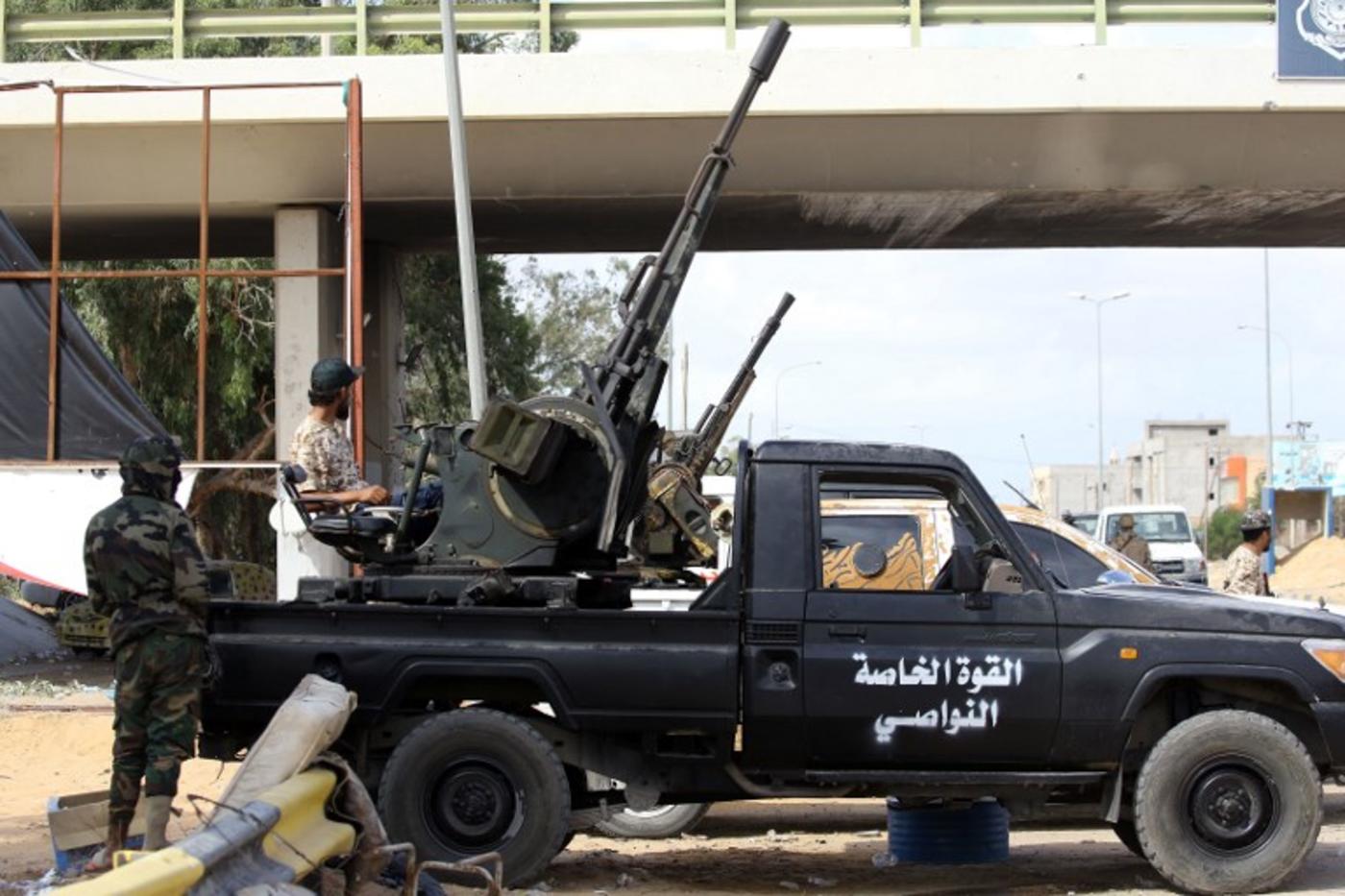 2018 has been another rough year for Libya, which has seen no peace since its government was destroyed by NATO bombardment in 2011.

June saw battles for control of the country’s "oil crescent" between Tobruk and Sidr, as militia leader Ibrahim Jadhran briefly seized the area, wiping out almost all of Libya’s oil output before being ousted by the Libyan National Army (LNA). It was the ninth time since 2011 that the crescent had changed hands following violent attacks, each time costing the country dearly in terms of exports and living standards.

NATO’s bombardment of Libya in 2011 was never about human rights. Rather, it was the wilful creation of a failed state, designed to ensure the country could never again re-emerge as a strong, united, independent power

Within months, Tripoli itself was under fire, with at least 115 civilians killed as rival militias slugged it out for control of the capital, displacing 25,000 people in the process.

While a UN-sponsored ceasefire appears to be holding in Tripoli for now, fighting continues in the country’s south, disrupting access to critical services.

At the same time, Libya continues to serve as a blood-soaked chessboard for inter-imperial rivalries between Western powers, with France and Italy backing different sides in the ongoing civil war, each vying to position itself as the "indispensable power" in the region. To this end, May saw a conference hosted by Emmanuel Macron in Paris – with the Italians cut out – while Italy held its own rival event in Palermo six months later.

Neither produced anything concrete for Libyans, although the French president's promise of December elections may well have spurred further violence, as each side sought to create facts on the ground in the run-up. The elections, needless to say, never happened - nor could they have, in the absence of any kind of agreed constitutional framework for carrying them out.

The question is: Do the ongoing disasters blighting Libyan lives seven years after the West’s noble intervention reflect a policy failure for NATO or a success? And what have they been up to since then to create the current situation?

The truth is, NATO’s bombardment of Libya in 2011 was never about human rights. Rather, it was the wilful creation of a failed state, designed to ensure the country could never again re-emerge as a strong, united, independent power able to challenge Western designs on Africa. To this end, the leading NATO powers have consistently acted to ensure the country’s hundreds of rival militias were empowered and at war with one another.

Steady gains for the LNA

By 2014, Libyans were sick of it. The militias’ political patrons were decisively rejected in that year’s elections to the House of Representatives. But rather than accept defeat, they launched a military coup, attacking Tripoli and ultimately dislodging the government, which was forced to relocate to Tobruk in the east.

Their attack marked the start of a new civil war in Libya, between forces backing the old parliament - the defeated General National Congress (GNC) - and those backing the newly elected House of Representatives.

In this war, members of the House of Representatives had two major assets on their side. Firstly, the LNA, the country’s largest and most effective single fighting force, had pledged its allegiance to them.

Over the year that followed, the LNA made steady gains, and by the end of 2015, they were on the verge of retaking Benghazi from a coalition of militias led by the al-Qaeda-affiliated Ansar al-Sharia. Secondly, as the elected parliament, they were internationally recognised as the legitimate government of Libya.

All three developments - the progress of the LNA, the reconciliation with Gaddafi loyalists, and the success of the Libyan-led negotiations - were a blow to the US-UK policy of militia-led destabilisation

At the same time, supporters of the pre-2011 government were growing in strength. By August 2015, Muammar Gaddafi loyalists were openly leading large public demonstrations across Libya, while the east of the country was moving towards a reconciliation with the Green Movement, with the LNA openly recruiting Gaddafi loyalists into its forces.

Finally, by late 2015 - in developments that were particularly worrying for the forces of disorder that had unleashed chaos on Libya - an end to the civil war between the two parliaments seemed within reach. The two warring sides had signed a ceasefire in January 2015, and by December of that year, the heads of the two rival parliaments had signed an agreement on the structure of a government of national unity.

All three developments - the progress of the LNA, the reconciliation with Gaddafi loyalists, and the success of the Libyan-led negotiations - were a blow to the US-UK policy of militia-led destabilisation. Something had to be done. That’s where the UN came in.

For more than a year, the UN had been running its own, separate negotiations under the watchful eye of British, Italian, US and International Monetary Fund (IMF) officials, named the “Libya Dialogue”, through which it had been unsuccessfully attempting to persuade the two parliaments to support the deeply flawed Libyan Political Agreement (LPA).

Now, as the Libyans’ own parallel negotiations were gaining momentum, desperation was growing among Western officials over concerns that their plan was being marginalised.

As one EU diplomat candidly admitted, “the pressure to sign the accord came from Political Dialogue members who feared that the Libya-Libya initiative could gain popular traction”. Unsurprisingly, according to the International Crisis Group (ICG), it was “the most engaged Security Council permanent members - the US, UK and France - [who] were particularly vocal in pushing the UN to finalise the deal”.

The very powers that had destroyed Libya four years earlier were desperate not to be sidelined by an independent Libyan initiative.

Fear of the rival negotiations gaining momentum was not the only thing driving the West’s urgency to impose a “deal”. There was also real fear that the LNA might actually win the war. As one Western official told the ICG: “Not signing and endorsing the accord would have been a major defeat for those like us who had been advocating a negotiated power-sharing deal as the only solution to the Libya crisis. It would have meant a failure of the principle of negotiations, and that would have allowed those governments that throughout 2015 had advocated direct unilateral action in support of the HoR and its government to declare victory.”

This is a clear admission that the LPA was aimed at giving a shot in the arm to the flailing militias, to bolster them and prevent their defeat in the face of a unified national army representing the elected parliament.

The problem for supporters of the Western-drafted LPA remained, however, its lack of support among Libyan stakeholders. Neither parliament endorsed the agreement; indeed, the GNC was boycotting the UN talks altogether. Furthermore, the real powers on the ground - the armed groups actually in control of Libyan territory - were not consulted, and they were mostly opposed to it.

Lacking support for its deal, the UN simply cobbled together a handpicked group of willing members from each parliament to sign up to the flawed blueprint. Thus, the Skhirat Agreement, as it became known, was signed by an arbitrary group of unrepresentative Libyans in Morocco on 17 December 2015.

“There is no real political agreement,” a senior UN Support Mission in Libya (UNSMIL) official admitted. “This is an agreement to support those who seem trustworthy for the sake of saving the country.” Saving it, that is, from unity and independence. This was naked colonialism of the pure and shameless 19th-century variety.

What will be the blowback for UK government after Libya revelations?
Mark Curtis
Read More »

Lacking any real popular support, when the Government of National Accord (GNA) created by the LPA arrived in Tripoli in March 2016, it was forced to rely on protection from local militias. Over time, these militias have become ever more powerful, with four of them now in control of Tripoli, effectively operating like a mafia cartel.

A report by the German Institute for International and Security Affairs in April concluded that “the Presidency Council and the GNA have become a mere façade, behind which the armed groups and their associated interests are calling the shots”.

By establishing protection rackets, carrying out abductions, and extorting local banks to help them operate black-market currency rackets, these militias are becoming ever more wealthy.

Yet these very wealth opportunities make the capture of Tripoli (and the GNA) an ever-more attractive prize for the country’s other militias. Thus, concludes the report, “the militia cartel threatens to thwart the UN’s ongoing attempts at brokering a more viable political settlement and risks provoking a major new conflict over the capital”. This is exactly what broke out last month.

For the NATO powers, however, the GNA has served its purpose. Since its establishment, international recognition has been transferred from the elected House of Representatives to the new GNA - and the militias behind it - allowing the US and UK to start channelling weapons and military support to their favoured factions, entrenching the power of the militias, and to some extent arresting the growth of the LNA.

[The GNA] is a Government in Name Alone, a colonial imposition designed purely to legitimise Western support for destabilising militias at the expense of the country’s elected parliament and most effective unified force

The GNA is absolutely not a Government of National Accord. It does not govern, it is not national, and it does not promote accord. Rather, it is a Government in Name Alone, a colonial imposition designed purely to legitimise Western support for destabilising militias at the expense of the country’s elected parliament and most effective unified force.

It is time for Libya’s factions to return to their own negotiations - and to reject, once and for all, the interference of the foreign powers that have destroyed, and continue to destroy, their country.

Photo: Libyan militiamen loyal to the Government of National Accord keep watch from a position south of Tripoli on 25 September (AFP)