Libya conflict: Turkey is looking for a 'third way' in Sirte

Galip Dalay
In Sirte and Jufra, Turkey will arguably be open to different options so as not to antagonise Russia completely 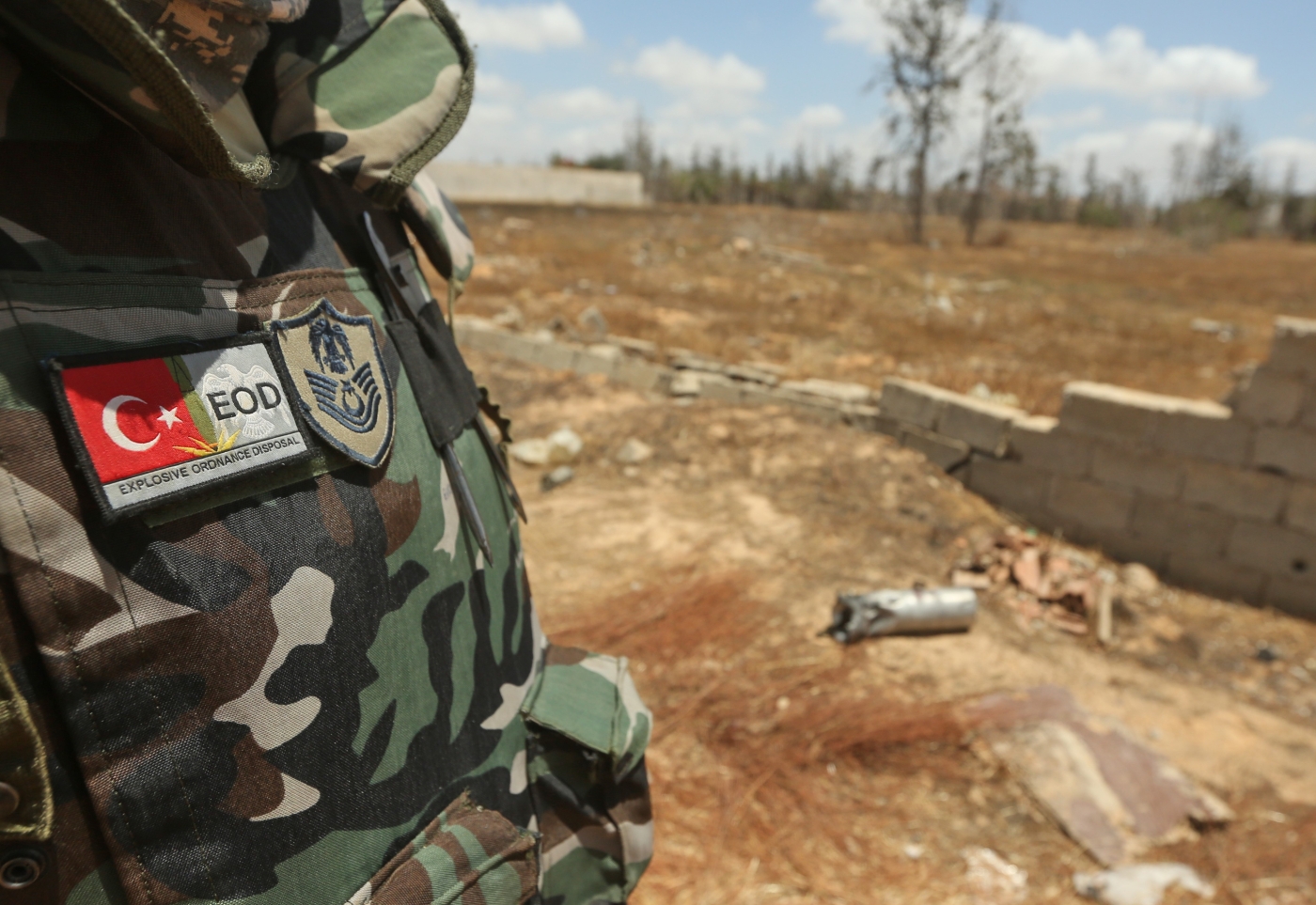 A Turkish deminer takes part in the clearance of unexploded ordnance remaining in the Salah al-Din area, south of the Libyan capital Tripoli, on 15 June (AFP)

Second, it is part of Turkey’s ongoing power struggle with counter-revolutionary Arab forces (the UAE, Egypt and Saudi Arabia). From this perspective, Ankara’s policy continues an ongoing struggle for influence in the larger Middle East and North Africa region.

Third, it is part of Ankara’s broader Eastern Mediterranean policy, where Turkey is facing a bloc of countries comprising Greece, Cyprus, Israel, Egypt and France.

Of the two deals that Turkey signed with Libya’s UN-recognised Government of National Accord (GNA) in November, the delimitation of maritime zone one was more about the Eastern Mediterranean than about Libya. Through this deal, Turkey has increased its maritime boundaries in the Eastern Mediterranean, attracting opposition from almost all the European powers. It has fuelled tensions with Greece, Cyprus and France in particular.

In response, Turkey is doubling down on its military and naval presence in the Eastern Mediterranean, framing this as part of its “Blue Homeland” policy, which represents an expanded understanding of Turkey’s maritime boundaries in the Mediterranean. The maritime deal fits seamlessly into this policy, which can be seen as a manifestation of Ankara’s new forward defence doctrine.

With Turkey's and the GNA's recent military victories, the conflict map has dramatically changed in their favour. Yet, it is too early for any side to declare victory

Using the term “homeland” reflects a determination to defend it. The “Blue Homeland” language resonates with people domestically, making it easier for the government to cultivate support for Turkey’s Eastern Mediterranean and Libya policies.

The primary architect of Turkey’s maritime deal with Libya and the “Blue Homeland” concept is the Turkish navy, so the policy has much broader support within the state structure.

In Libya, with Turkey’s and the GNA’s recent military victories, the conflict map has dramatically changed in their favour. Yet, it is too early for any side to declare victory. Despite the losses suffered by Khalifa Haftar’s Libyan National Army (LNA), Russia is doubling down on its military presence in the country.

There is also the threat of Egyptian military intervention if Turkey and the GNA move forward with their military offensive on Sirte and Jufra. The UAE is redoubling its efforts, while France and Turkey are increasingly engaged in public geopolitical bickering over Libya and the Eastern Mediterranean.

So what are Turkey’s immediate goals and options at this stage?

On the financial and energy side, Ankara aspires to play a major role in oil and gas exploration and drilling, and in infrastructure and construction projects. To prop up the GNA, Ankara wants to initiate security sector reform in the country, undertaking the training of Libyan forces and helping the GNA to provide basic services, such as electricity.

The GNA has yet to prove that it can act as the official government of Libya, rather than just another warring faction. The major test will be the GNA’s capacity in governance, including the provision of basic services and the treatment of people in newly acquired territories.

Secondly, the future of Sirte and Jufra, close to Libya’s oil crescent, has become a key point of contention between Turkey, Russia and the UAE-Egypt alliance.

Turkey and the GNA are continuing with a military buildup, while Turkey is calling for the LNA’s withdrawal from these areas as a precondition for any ceasefire.

Given the interconnected nature of the Syrian and Libyan conflicts in terms of Turkish-Russian relations and Moscow’s military presence, Ankara will be careful not to antagonise Russia completely. From this perspective, Ankara’s immediate goal is the LNA’s retreat from these areas.

When it comes to the governance of Sirte and Jufra, Turkey will arguably be open to different options, rather than the GNA’s full control. Local administration of these areas or the presence of an international force could be alternatives to full control by the GNA or LNA, but the LNA’s control appears to be the main red line for Turkey. 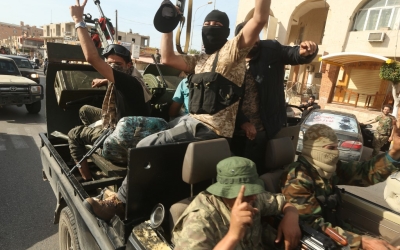 Turkey's Libya gambit is paying off - for now
Read More »

In this respect, Egyptian threats of military intervention don’t seem to be causing a high level of concern in Ankara.

While Egyptian intervention or a miscalculated move can’t be ruled out, as Egypt may feel compelled to respond to a military offensive on Sirte-Jufra after its public pledges and threats, the belief is that it would likely be limited, symbolic and more in the form of air strikes than ground operations.

Ankara would arguably also be open to a deal with Egypt on Libya if it believes that Cairo could operate independently of the UAE and Saudi Arabia in its foreign policy. Scepticism of such independence seems to be the major political and psychological constraint in Ankara vis-a-vis Cairo, when it comes to Libya. Finally, the rising level of tension between the two US allies, Ankara and Cairo, with the danger of a miscalculation looming ominously, might push the US to mediate between them.

At the international level, Ankara is also reaching out to the US, Germany and Italy on Libya, while the Turkey-France row will continue. The number of disputed geopolitical files in their bilateral relations is increasing: North Africa and Libya specifically, the Eastern Mediterranean, the Sahel and Syria.

Unlike Germany, France doesn’t have a large Turkish community, so there is no domestic political cost for Paris adopting a tougher stance on Turkey. The same is the case for the Turkish government, and the feud will cause much trouble in Libya and within Nato.

In spite of this feud, by capitalising on Russia’s increased military involvement in central and eastern Libya and the spectre of a larger Russian role in the Eastern Mediterranean, Ankara is increasing its outreach activities towards the US, Germany and Italy.

This means finding a third way for Sirte and Jufra, rather than sole governance by the GNA or LNA

So far, the US has mostly provided supportive statements for Turkey and harsh language towards Russia. The US assistant secretary for Near East affairs, David Schenker, recently reprimanded the European naval mission in the Mediterranean Sea, designed to help enforce the UN arms embargo on Libya, for too exclusively focusing on Turkey while ignoring the activities of Russia and the UAE.

Yet, despite such posturing, Washington has not provided concrete support to Ankara.

Thus, we are likely to see both the competitive and cooperative nature of Turkish-Russian relations play out in Sirte and Jufra. In concrete terms, this means finding a third way for Sirte and Jufra, rather than sole governance by the GNA or LNA. 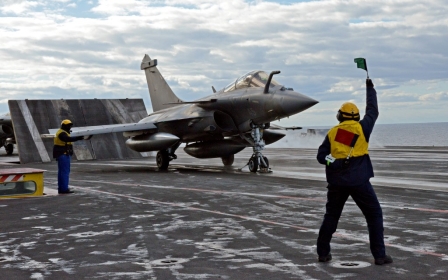 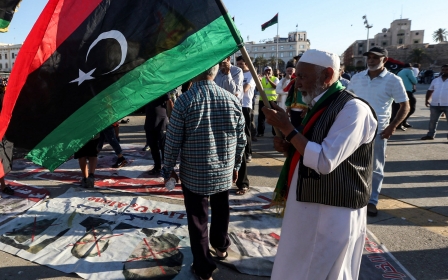 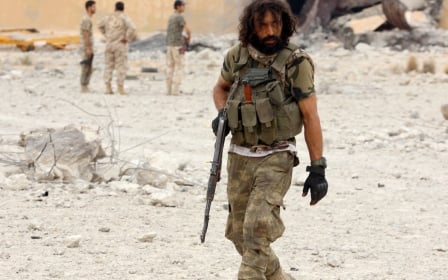