Libya: A stalled UN roadmap and the coming battle for Tripoli

Rhiannon Smith and Lachlan Wilson
The recent seizure of Sabratha by Haftar forces indicates growing social support in the area. If the UN process fails or stalls, it may make it easier for Haftar to try and take Tripoli by force 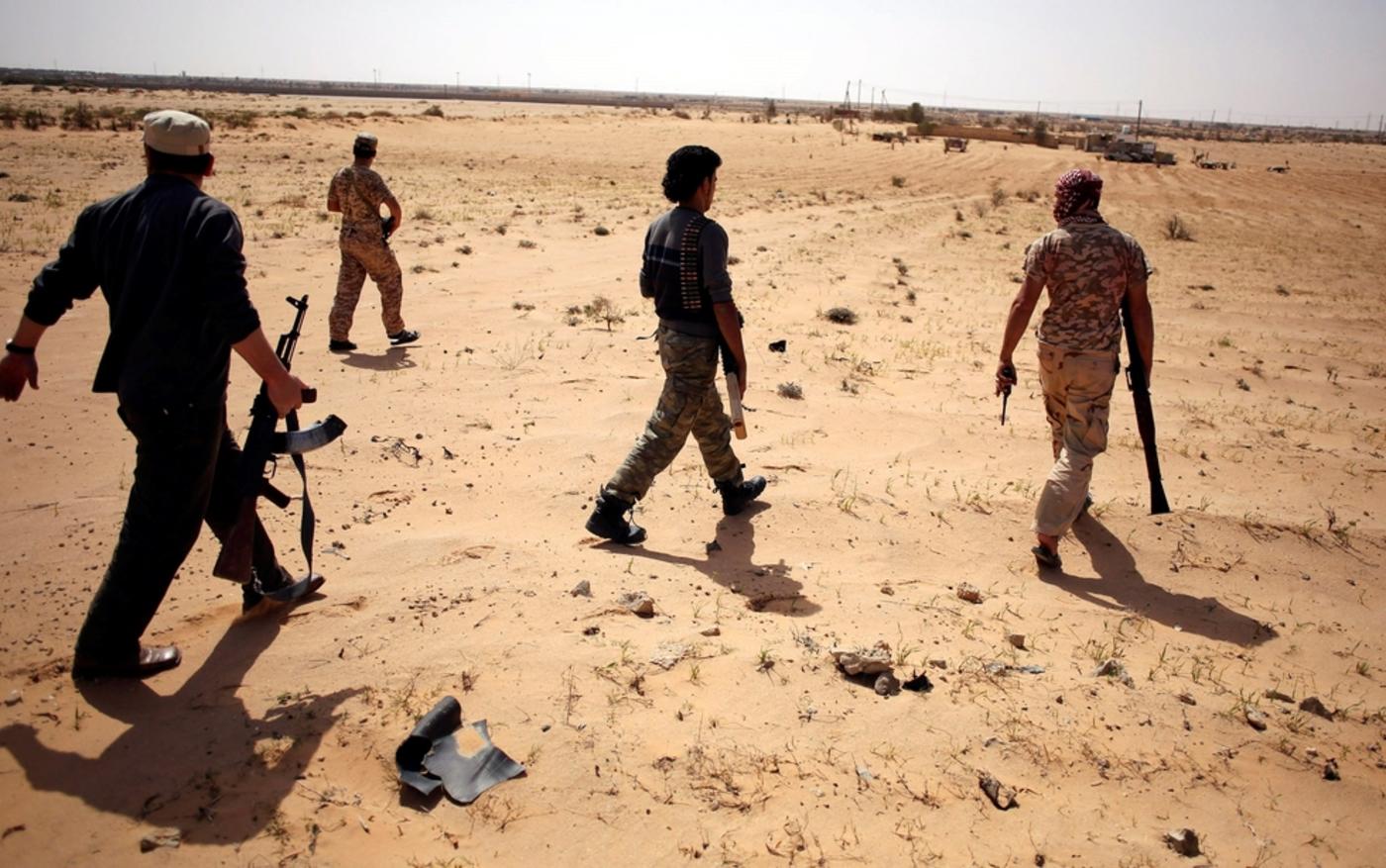 On 21 October, six years after the death of former Libyan leader Muammar Gaddafi and the establishment of the "new" Libya, the UN's new Joint Drafting Committee for Libya concluded its second round of meetings in Tunis without agreeing on any amendments to the Libyan Political Agreement (LPA) or scheduling a date for when they will reconvene.

ANALYSIS: After Sabratha battle, scramble for western Libya is on
Read More »

The committee, composed of delegations from the House of Representatives (HoR) in eastern Libya and the High Council of the State (HCS) in Tripoli, was set up in September by UN envoy to Libya, Ghassan Salame, as part of his three-stage roadmap for Libya.

Last week the HoR walked out of negotiations over what is believed to be a dispute with the HCS over who will have the authority to appoint the supreme commander of the Libyan Army. Both coalitions now appear unlikely to engage on contentious issues and the roadmap risks sliding into a prolonged state of limbo like all the UN-led talks before it.

The first stage of Salame's roadmap is to amend the LPA; the second stage is to convene a national conference involving all political players; the third and final stage is to hold a referendum on the constitution and then hold parliamentary and presidential elections to finally end Libya's transitional phase.

If amendments to the LPA cannot be agreed upon, the whole process will be stalled. This situation may provide military strongman Khalifa Haftar an opportunity to pursue his preference for a military solution to the crisis and see him set his eyes on capturing the nation’s capital, Tripoli.

Haftar has previously said the ongoing UN political process is not the only solution to Libya’s crisis, and has stated a military solution that is “approved by the people” remains possible.

During a recent speech in Benghazi on 14 October, Haftar claimed that his Libyan National Army (LNA) forces now control territory in western Libya stretching from Ras al-Jedir on the Tunisian border to west Zawiya.

While Tripoli remains outside his grasp, he has on several occasions stated his willingness to take the city by force if necessary.

As the situation stands, Haftar does not have the capacity to take the capital by force. Tripoli is controlled by a host of firmly entrenched militias who nominally support and protect the Government of National Accord (GNA). Haithem Tajouri is currently the strongest militia commander in the city, commanding the Tripoli Revolutionaries Brigade.

Another militia commander, Abdul Ghani al-Kikklee, known as "Ghniwa", commands the Abu Salim Central Security force, one of the other major forces in Tripoli, together with the Special Deterrence Force (Rada), led by anti-Islamic State (IS) and increasingly pro-LNA Salafist Abdurraouf Kara.

These three militias form the backbone of Tripoli's security.

If the UN process fails to deliver in the coming months, it may make it easier for Haftar to try and take Tripoli by force

These militias all fought on the side of Libya Dawn against Haftar's Operation Dignity in 2014. However, the more hardline Islamist militias within the Dawn coalition, many of whom have links to or sympathies with "Salafi-jihadi" groups in Misrata and eastern Libya, were driven out of the capital by the pro-GNA militias in May.

Since then, Haftar and his allies have sought to undertake rapprochement efforts and build tentative alliances with some of these militias. Local sources suggest that both Tajouri and al-Kikklee have held secret meetings with Haftar and other LNA affiliated figures in recent weeks.

There are also indications of LNA rapprochement efforts with key military commanders from Misrata and Zintan. The potential for some of western Libya's key militia leaders to have a closer relationship with Haftar at the exclusion of others is already provoking fragmentation and violent confrontations in Tripoli.

Even if Haftar secures the support of Tripoli's key pro-GNA militias, such an alliance is predicated on these militias and their political patrons maintaining their share of power once Libya's transition is concluded.

If the UN talks were to completely grind to a standstill, it may make it more difficult for Haftar to make such alliances as the big picture politics will be more volatile. If calls for a jump to elections were realised, skipping the dialogue process, it would likely drive greater conflict and social strife as each faction seeks to secure political power for themselves.

Conversely, if the UN process fails to deliver in the coming months, it may make it easier for Haftar to try and take Tripoli by force. The LNA's recent seizure of Sabratha indicates growing social support for the LNA in the area.

If LNA-aligned forces can successfully portray themselves as bringers of stability and security, then some Tripoli residents may increasingly welcome their presence in their city to end the militia violence, crime and conflict. Indeed, there appears to be some support for the LNA to be "authorised" to take over Tripoli in the event the LPA is not amended by 17 December, when it is deemed to expire.

No singular military group in Libya has the capability to extend their power or control over the whole country, leaving power fractured and maintained by militia actors with competing ideological, political and territorial interests.

The major political coalitions have hardly any operational control over the militias aligned to them, allowing primordial political and tribal concerns, as well as rent seeking self-interest to overshadow coalition objectives.

In Libya, politics below the state, a kind of primordial politics, fixated on dynastic prejudices, tribal grievances and parochial concerns, trumps broader national agendas. Real alliances are made on the ground between militias rather than with competing prospective governments, who assume a vague form of patronage instead.

Haftar’s own LNA is made up of militias with competing priorities, and it is not always clear how much control he has over their actions, despite his attempts to present the LNA as a coherent entity with a vertical command structure.

The war crimes that the International Criminal Court (ICC) alleges have been committed by LNA commander Mahmoud al-Werfalli are a prime example of this. Haftar either ordered such actions, or did not have control of those nominally under his control.

Consequently, Haftar is very unlikely to have the capacity to take control of Tripoli by force without a strong alliance with local militias, or a significant groundswell of popular support. Furthermore, a direct assault on the GNA or against civilians is likely to cause widespread international condemnation and jeopardise the relationships Haftar has been carefully cultivating with the West, in particular Italy and France.

However, to be welcomed into Tripoli as a legitimate "liberating" force would be a dream come true for Haftar. In that scenario, it is hard to see why he would ever relinquish the reins of power to anyone else in the future.

Even if Salame's plan gets over the first hurdle of amending the LPA, getting the participation and buy-in of Libya's myriad powerful militias will not be easy.

Militias in Tripoli and throughout Libya that have solidified their power bases and are entrenched in their communities are unlikely to easily relinquish their autonomy to anyone else, be that Haftar or a new UN-supported government.

Real power in Libya resides with the militias and won’t be easily tamed.

- Lachlan Wilson is a researcher who focuses on MENA political and security concerns.

The opinions expressed in this article are those of the authors and do not necessarily reflect the editorial position of Middle East Eye. 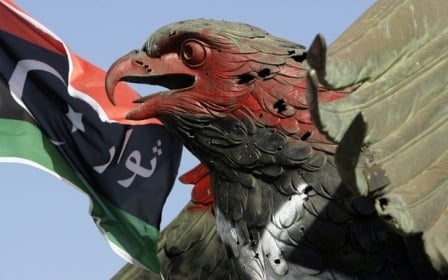 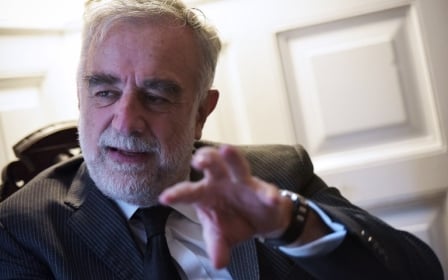 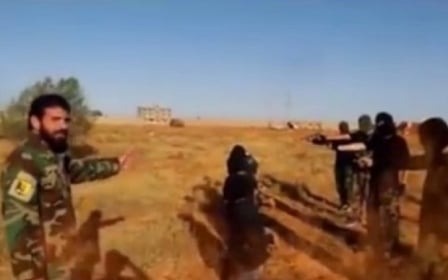