Lorde's 'right decision' to boycott Israel, a beacon of hope

Nada Elia
Lorde represents a new generation of globally aware individuals who are willing to learn, make up their own minds, and not be pressured by powerful oppressors 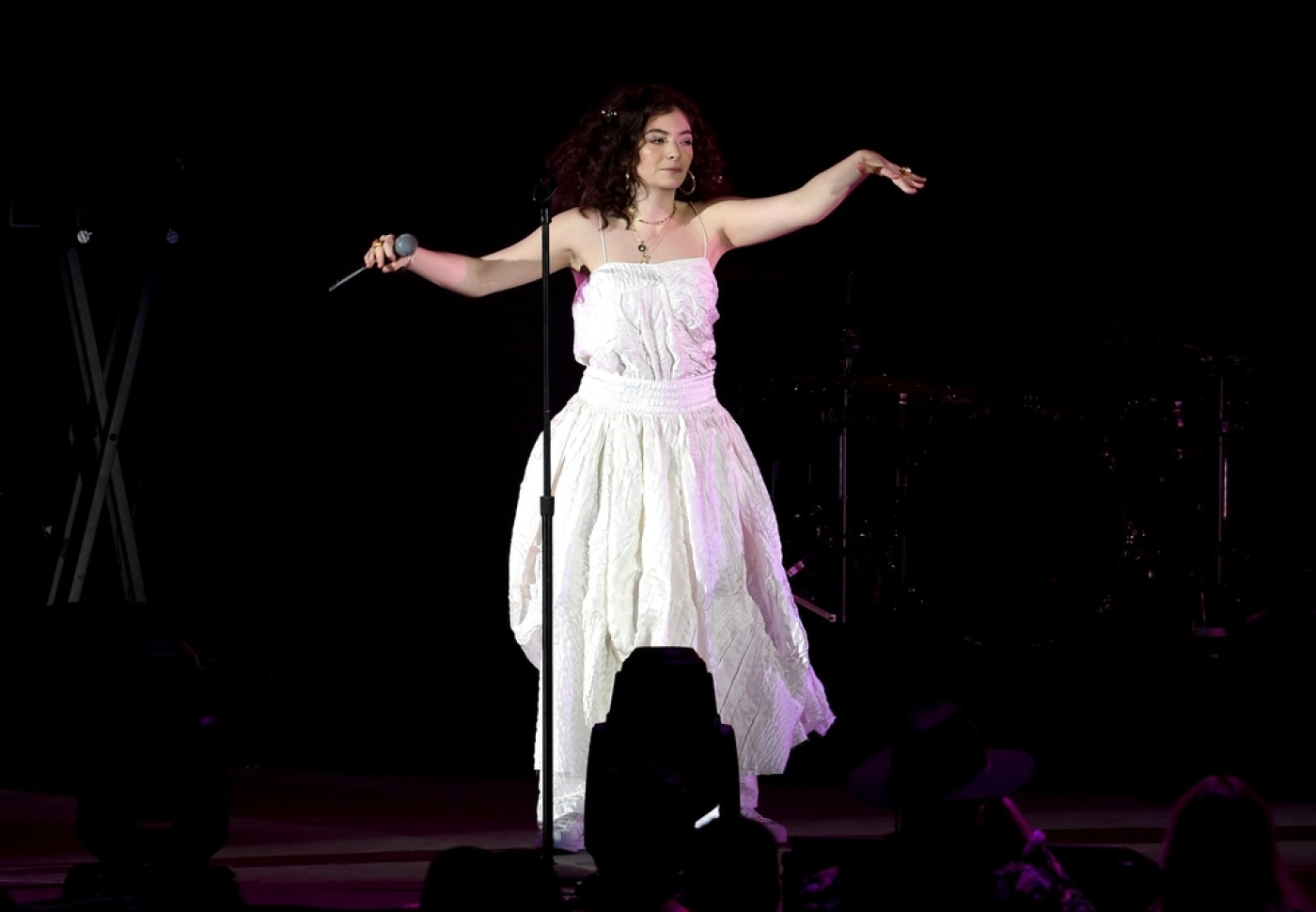 In a tweet that was immediately circulated around the world, Grammy-award winner Lorde explained that she had been insufficiently informed about the situation when she planned her Melodrama world tour, with a stop in Tel Aviv.

So when the singer's fans reached out to her, explaining the political context behind the call for a cultural boycott, the 21-year-old New Zealand star decided to heed the Palestinian call for BDS.

"Hey guys, so about this Israel show - I've received an overwhelming number of messages and letters and have had a lot of discussions with people holding many views, and I think the right decision at this time is to cancel the show," she announced on Christmas Eve.

If Lorde's age is relevant at all, it is not as an indication of naivete, but rather as a beacon of hope

To activists for the Boycott, Divestment, Sanctions movement aimed at supporting Palestinians and pressuring Israel to comply with international law, this was welcome news towards the end of a sobering year, and messages of gratitude immediately trended on social media. Lorde had proven to be genuinely concerned with issues of justice, beyond her commercially successful lyrics.

And with her public announcement, Lorde joined the ranks of the many artists who are courageous enough to proclaim that their decision is indeed a political act of solidarity with the Palestinian people.

These include Brian Eno, Elvis Costello, Talib Kweli, Gil Scott-Heron, as well as Pink Floyd frontman Roger Waters, who has been a high-profile spokesperson for BDS since 2011.

Many more artists have cancelled after being contacted by BDS activists, but have chosen instead to suggest the cancellation was due to a "scheduling conflict".

Those of us who reached out to them know better, and we are not alone: the Israeli concert managers who had booked them certainly got the message, and indeed, a look at the global itinerary of these artists shows no "conflict" that would have precluded their performance in Tel Aviv.

With Lorde, there was no pretence at a "scheduling conflict". Lorde's cancellation, then, sends a powerful message: young artists who stand to lose the most are heeding the BDS call.

It comes as no surprise, then, that Lorde is being chastised by Zionists, even as justice-minded music lovers are celebrating.

A particularly patronising combination of sexism and ageism pervades a  Jerusalem Post editorial with the offensive title "Lorde and the BDS bullies," which works hard on suggesting Lorde, "barely out of her teens," was too immature, too naive, too ignorant, to make the right call.

Rehashing the old offensive stereotype of Palestinians as hijackers, the editorial suggests Lorde was "taken captive" by the BDS movement.

"For the young Lorde, who is clueless about Zionism and knows nothing about Israel’s long history of struggle with a violent, intolerant and anti-semitic Arab national movement, it is no political statement to appear in Tel Aviv before a crowd of globalised Israeli youths. It is an economic statement," the editorial stated.

There is no reference to the fact that many Israeli occupation soldiers are also barely out of their teens, or that Palestinian teenagers are treated as adults in Israel's kangaroo military courts, which find 99.74 percent of them guilty.

Moreover, the Jerusalem Post editorial does not follow its own logic. Performing in Tel Aviv is indeed an "economic" decision: artists do it for the money. Lorde turned that opportunity down.

On the other hand, not performing there, especially when accompanied by a political statement critical of Israeli abuses, carries a heavy penalty. Earlier this year, for example, Talib Kweli’s show at a German club was cancelled because of his support for BDS.

And even an established artist with the stature of Roger Waters continues to pay the price for his pro-BDS stance, as evidenced by the recent decision by five German state television and radio stations not to broadcast his concerts, "in reaction to anti-Semitism accusations against him".

The German ban is explicitly punitive, as the network of stations explained it "wanted to send a message to other artists who, heeding BDS' call, refuse to perform in Israel".

The BDS movement has no such leverage to apply to artists, calling upon them, instead, to simply do the right thing.

“By caving in to BDS pressure, Lorde let herself be used as a political tool and joined a short list of performers who backed out of shows in Israel out of some distorted sense of solidarity with the Palestinian cause,” the Jerusalem Post editorial continues. The list, of course, is not short at all.

But one must wonder at how the Jerusalem Post, as indeed all Zionists, understand "pressure" and bullying. The open letter she received from two compatriots of around her own age, Nadia Abu Shanab and Justine Sacks, sounds extremely polite, gentle indeed.

"Today, millions of people stand opposed to the Israeli government’s policies of oppression, ethnic cleansing, human rights violations, occupation and apartheid. As part of this struggle, we believe that an economic, intellectual and artistic boycott is an effective way of speaking out against these crimes. This worked very effectively against apartheid in South Africa, and we hope it can work again," Nadia (who is of Palestinian descent) and Justine (who is Jewish) reminded Lorde.

"We can play an important role in challenging injustice today. We urge you to act in the spirit of progressive New Zealanders who came before you and continue their legacy.

"In 2017, Lorde, reignite the spirit of 1981 and show the world that New Zealanders are the progressive forward-thinking people we say we are. Please join the artistic boycott of Israel, cancel your Israeli tour dates and make a stand. Your voice will join many others and together we can and will make a difference." New Zealand in 1981 attracted attention for the cancellation of a rugby game against South Africa after an anti-apartheid pitch invasion.

Nick Cave: The Palestinians, not you, are censored, bullied and silence- by Israel
Frank Barat
Read More »

It takes institutional, structural power, to "pressure" an artist into cancelling a concert, power that BDS activists do not have. Instead, what we are seeing is "pressure" applied by Israel for Lorde to reconsider her cancellation.

Thus Israel's culture minister, Miri Regev, called on Lorde to reconsider, even as Israel's ambassador to New Zealand "invited" her to a meeting, while the Jerusalem Post editorial board has pilloried her in three editorials so far. Surely this is a lot more intimidating than a tweet from a fan.

Lorde did not cancel her Tel Aviv concert after BDS "pressure". An open letter, urgent messages, a plea, do not amount to "pressure". She was not “bullied” - at least not by BDS activists. She did not “cave in,” she rose to the occasion. She honoured the Palestinian call for boycotting Israel because of its human rights abuses.

As she put it herself, "it was the right decision".

If Lorde's age is relevant at all, it is not as an indication of naivete, but rather as a beacon of hope. Like the young Palestinians who continue to defy one of the world's most powerful militaries, Lorde represents a new generation of globally aware individuals who are willing to learn, make up their own minds, and not be pressured by powerful oppressors.

Unlike such self-centered artists as Nick Cave or Joy Harjo, who knowingly crossed picket lines because they believed they somehow were exempt from having to make the right ethical choice, Lorde will one day proudly proclaim she was amongst the great artists who boycotted apartheid in the 21st century.

Photo: Israel's culture minister, Miri Regev, called on Lorde to reconsider, even as Israel's ambassador to New Zealand "invited" her to a meeting, while the Jerusalem Post editorial board has pilloried her in three editorials so far (AFP) 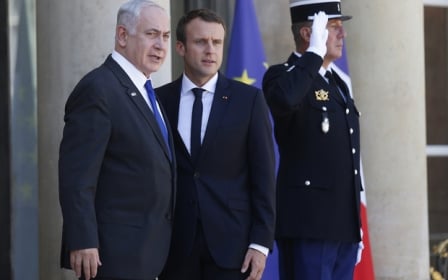