Arab rulers and Israel's leaders: A long and secret history of cooperation 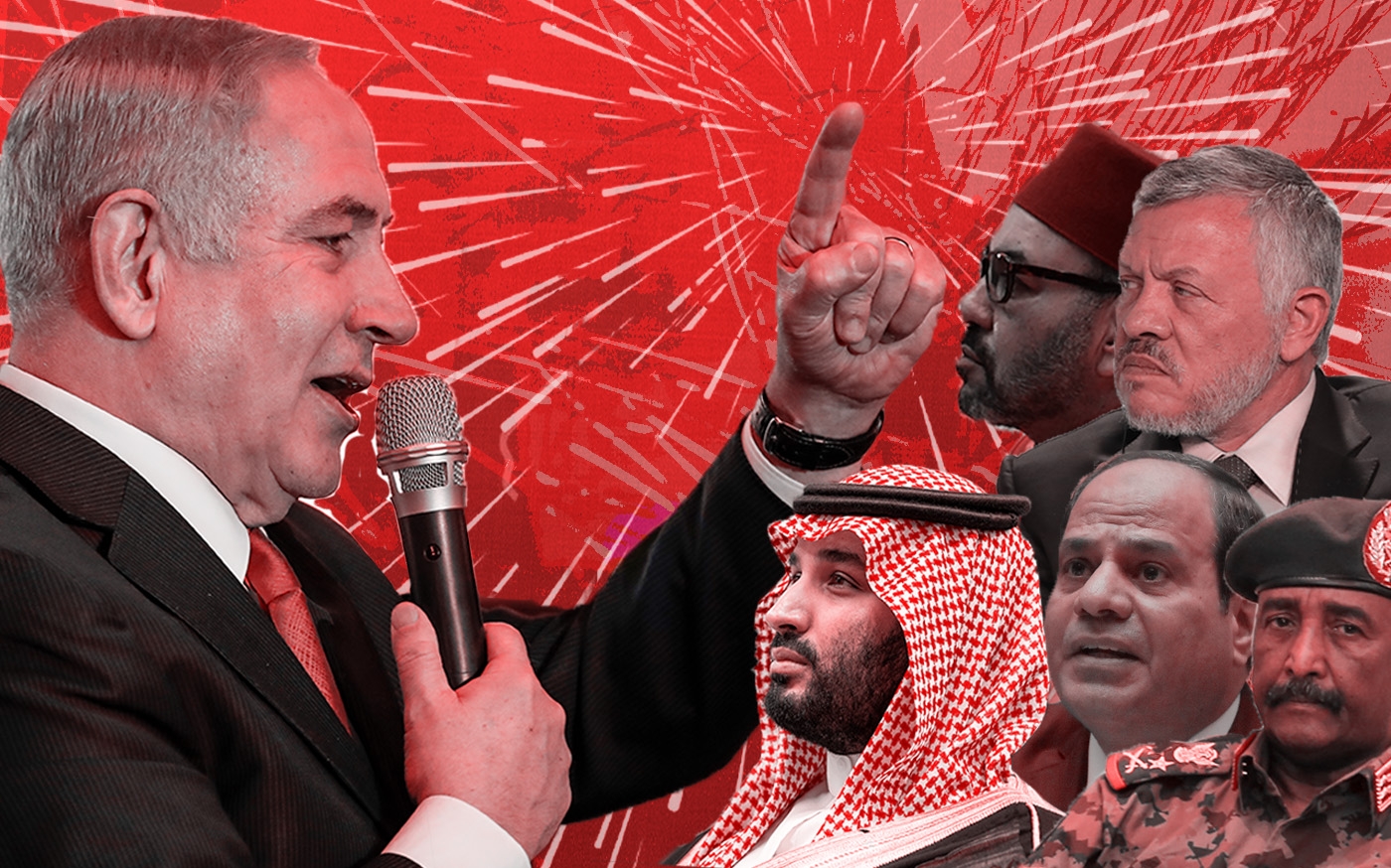 In the last month, Israeli leaders have been actively seeking closer relations and alliances with Arab countries, including the Gulf states, Morocco and Sudan.

These are states that, we are told, have finally seen the light and realised that Israel, unlike Iran, is their friend not their enemy.

This is presented as some major change of heart on the part of Arab regimes, which had apparently always shunned relations with Israel in the interest of defending the Palestinians.

This was always a fiction. Most of the 20th century's Arab leaders and ruling families maintained cordial relations with Israel and, before it, the Zionist movement.

This false narrative of resistance has been presented by Arab regimes as well as Israelis. It's been put about by pro-Israeli Arab intellectuals, who claim that these regimes unfairly spurned Israel or even went to war with it at the behest of the Palestinians, rather than in their own national and regime interests.

This line of thinking concludes with the assertion that now, finally, is the time that Arab governments put their own interests ahead of the Palestinians, as if they had ever prioritised Palestinian interests before.

The largest number of Arab leaders and ruling families have had cordial relations with Israel and, before it, the Zionist movement, throughout the twentieth century

This was most recently expressed by the Sudanese military commander Abdel Fattah al-Burhan after a meeting with Israeli Prime Minister Benjamin Netanyahu in Uganda two weeks ago. It was hardly the first such meeting between Sudanese officials and Israel.

Secret overtures had taken place as early as the 1950s, when Sudan was still ruled by the British and Egyptians and the Umma party sought to gain Israeli support for Sudanese independence.

In the 1980s, Sudanese President Gaafar Nimeiri met with the Israelis and facilitated the Israeli transport of Ethiopian Jews to Israel to become colonial settlers in the land of the Palestinians.

More recently, in January 2016 and with Omar al-Bashir still in charge, foreign minister Ibrahim Ghandour sought to lift the US economic sanctions on Sudan by offering to open formal diplomatic ties with Israel. When questioned about his recent meeting with Netanyahu and the normalisation of relations, Burhan’s response was that relations with Israel are based on Sudan’s “security and national interests”, which come first.

The history of Sudan’s leaders' connections with Israel is hardly unique. Indeed, Arab cooperation with the Zionist movement goes back to the dawn of the arrival of Zionist officials in Palestine.

It was on 3 January 1919, two weeks before the beginning of the Paris Peace Conference, that Emir Faisal Ibn al-Hussein, then of the short-lived Kingdom of Hejaz and later the king of Iraq, signed an agreement with the President of the World Zionist Organization Chaim Weizmann. Faisal consented to the creation of a Jewish colonial majority in Palestine, in exchange for becoming the king of a large and independent Arab kingdom in all of Syria.

The justification that Hussein used for his secret contacts with the Israelis was the preservation of his throne, conflated as Jordan’s “national” interest, in the face of Nasser’s pressure

While Faisal was denied his Syrian throne by the French colonial takeover, the agreement, which the Zionists used at the Paris Peace Conference to claim that their colonial-settler plans for Palestine had the agreement of Arab leaders, came to naught.

Not to be outdone by his brother, Emir Abdullah of Transjordan embarked on a lifelong relationship of cooperation with the Zionists, in the hope that they would allow him to be king of Palestine and Transjordan, within which they could realise their goals under his kingship. This cooperation led to his assassination in 1951.

His grandson, King Hussein of Jordan, authorised the first secret meetings between one of his army generals and the Israelis in 1960 in Jerusalem. By 1963, he himself was meeting with Israelis secretly at his doctor's office in London. By the mid-1970s his covert meetings with Israeli leaders would take place regularly inside Israel.

Hussein’s long friendship with Israeli Prime Minister Yitzhak Rabin (who had personally expelled the Palestinian population of the city of Lydda in 1948, and initiated the break-their-bones policies against West Bank and Gaza Palestinians in 1987) was evident during Rabin’s funeral in 1994.

The justification that Hussein used for his secret contacts with the Israelis was the preservation of his throne, conflated as Jordan’s "national" interest, in the face ofEgyptian President Gamal Abdel Nasser’s pressure and later that of the Palestine Liberation Organisation.

Aside from the Hashemite princes and kings, the Maronite Church of Lebanon, as well as right-wing fascist Maronite leaders like the Phalangists, allied themselves with Zionists from the mid-1940s. This alliance continues to the present, in the interest of setting up a sectarian Christian republic in Lebanon, modelled after the Jewish settler-colony. 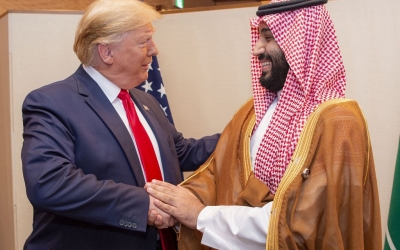 By the early 1950s it would be Tunisian nationalists of the Neo Destour party who met with Israeli representatives at the United Nations to help them obtain independence from the French, eliding Israel’s colonial-settler nature. Tunisia's authoritarian leader Habib Bourguiba would maintain these friendly relations with Israel until the end of his rule in 1987.

In the 1960s, Israel would support Saudi Arabia’s efforts in maintaining the rule of the imamate in Yemen against the republicans – the Israelis airlifted weapons and money to the Yemeni monarchists, which were well-received.

The warmest relations in North Africa would be between Israel and the late King Hassan II of Morocco.

While Israeli leaders met with Moroccan officials in the late 1950s, warm relations had to wait till King Hassan assumed the throne. From 1960 onwards the Israelis, through secret agreements with Morocco, airlifted Moroccan Jews to become colonial settlers in the land of the Palestinians.

By 1963, Moroccan minister Mohamed Oufkir had concluded an arrangement with the Israelis to train Moroccan intelligence agents. Israel also helped Morocco track its opposition leaders, including Mehdi Ben Barka, who was captured and killed by Moroccan intelligence in 1965. Indeed, Yitzhak Rabin was invited by King Hassan to visit Morocco secretly in 1976.

By 1986, there were no more reasons for secrecy, and Shimon Peres visited Morocco with much public fanfare. In 1994, Morocco and Israel officially exchanged liaison offices.

In 2018, Benjamin Netanyahu met secretly at the UN with Morocco’s foreign minister for talks. In the last few weeks, the Israelis offered the Moroccans their help in securing US recognition of Morocco’s sovereignty over Western Sahara in exchange for Morocco’s formal normalisation of relations with Israel and endorsement of Donald Trump's so-called "deal of the century".

As for the great love affair between the Egyptian political and commercial classes with Israel, it has been a public affair since the late 1970s.

Since 1991, we have seen Israeli leaders, officials and athletes visit most Gulf countries openly, including Qatar, Bahrain, the United Arab Emirates, Oman, and secretly Saudi Arabia, never mind the opening of liaison or trade offices in these countries.

Arab relations with Israel, whether hostile or friendly, were never governed by the interests of the Palestinian people, but rather by their own regime interests, which they often misidentify as “national” interests. Only the latter part of the history of their love for Israel has coincided since 1991 with the Madrid Peace Conference and the Oslo Accords, which transformed the Palestinian national leadership and the PLO into an agency of the Israeli military occupation; this is testament to Israel’s ceaseless efforts to co-opt Arab political, business, and intellectual elites.

It is also testament of how co-optable these elites are and have always been.

While Israel has been mostly successful in its task as far as the political and business elites are concerned, it has failed miserably to co-opt the Arab intellectual class, except for those amongst them on the payroll of Gulf regimes and Western-funded NGOs. Even less has it gained any popularity among the Arab masses, for whom national interests and the colonisation of Palestinian lands, unlike for the Arab regimes, are not separable at all, and for whom Israel remains the major enemy of all Arabs.