The ludicrous notion of justice in Guantanamo

Moazzam Begg
The first prisoner released on Donald Trump’s watch has been repatriated to Saudi Arabia to serve the remainder of his term. The years of torture he endured in Guantanamo will not count towards this sentence 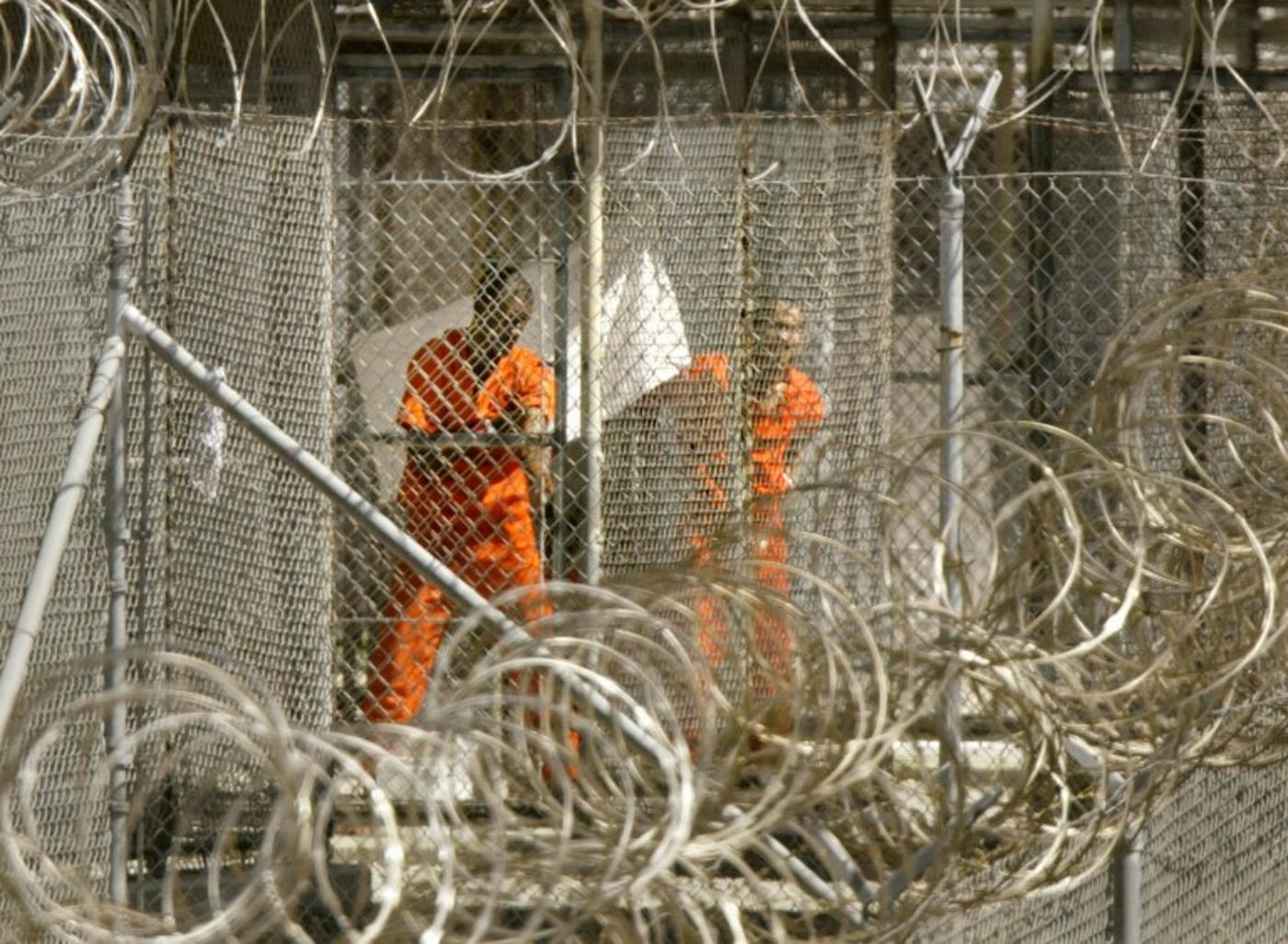 In February last year, I sat down to have lunch at a Lebanese restaurant in Birmingham with three men. They were lawyers in the US military involved with the Office of Military Commissions' Guantanamo Bay defence team for Ahmed al-Darbi, a Saudi national imprisoned in the detention camp since 2002.

The military lawyers had come to discuss their client's case, and whether anything I knew could help him. The last time I saw Darbi was at the Bagram detention facility in Afghanistan in the summer of 2002, before he was shipped off to Cuba.

The Bagram prison was originally a warehouse built by the Soviet Union during its occupation of Afghanistan in the 1980s. Markings and writings in Russian were still visible around the building. The striking thing about seeing US soldiers everywhere was the realisation that Afghanistan, among the poorest nations on earth, was occupied by the strongest nations on earth. And yet, both were to fail, militarily and morally.

Buried alive in a mass grave

Just before Darbi arrived, I remember meeting an Afghan prisoner called Sharif. Walking, talking or even looking in the “wrong” direction meant being disciplined - which included being hooded and shackled to the top of a door, where we remained suspended for several hours, or even days. Nonetheless, Sharif and I managed to speak, using our newly discovered talent for ventriloquism-like conversations, so that our lips were not seen to move.

Sharif told me how his father had been buried alive in a mass grave by the Soviet army, right here in Bagram. After having encountered American brutality himself, however, he still hadn’t decided who he despised more.

Sharif was released shortly afterwards, but the influx of new prisoners continued on almost a daily basis. One prisoner I couldn’t forget was Darbi.

On the day I first saw him, he was being dragged about by soldiers as they screamed abuse at him and made him pile up crates of water bottles, with his hands and legs shackled. He didn’t react, except to do as he was told. But, no sooner than he’d managed to assemble a stack of crates high enough, the soldiers kicked them down and made him do it again. This went on for hours, until he was exhausted and taken back to his cell for a short rest. Soon enough, they were back again to repeat the process. This was Darbi’s introduction to the US military system. Far more was to follow.

Darbi and I had initially been in separate cells, but I could usually see what was happening in adjacent cells. Our communal cages were divided by only rolls of razor wire, as armed guards patrolled both in front and behind. Darbi was eventually moved to my cell, which I was sharing at the time with Canadian teen Omar Khadr. Despite suffering horrific gunshot injuries and being a child, Khadr was put through the same procedure as Darbi. Although Khadr's treatment was shocking and inexcusable, I understood what caused their hatred: He was accused of killing a US soldier.

Darbi, on the other hand, was captured in Azerbaijan after being accused of involvement in the bombing of a French-owned, Malaysian-registered oil tanker in the Persian Gulf, in which one crew member was killed. The dead man wasn’t an American.

Mistreatment of prisoners was usually justified based on a concoction of half-truths and exaggerations. Soldiers told me that Darbi was a Saudi special forces operative who'd gone rogue and joined al-Qaeda.

When I first arrived at Bagram, prisoners were not permitted any movement. We literally had to sit or lie on the floor all day. After some discussions, I managed to convince the guards to allow us 30 minutes of daily exercise. Watching Darbi during exercise time, I remember forming a rather low opinion of Saudi special forces - until he told me the rumours were untrue. He’d served in the Saudi National Guard for a short term and left.

Darbi was often taken for interrogation and would return, like most of us, drained, exhausted and depressed. He told me that one of the interrogators had removed his own trousers and threatened to rape him.

When able, I would strike up conversation with soldiers, mainly to try and engage and educate them, so that they could see our humanity. One of these soldiers was an interrogator who, I later learned, was an Italian-American nicknamed "Monster" and "king of torture". I didn't know it at the time, but this was the interrogator Darbi was talking about.

The sounds of screaming - both prisoners and interrogators - would often reverberate around the prison, but I’d never assumed that this thoughtful, easygoing soldier was one of them. Damien Corsetti would pass my cell and speak to me about history, politics, religion and beyond. He even gave me a book I still have, Joseph Heller’s classic antiwar novel, Catch 22. He was quite cordial with me, but he wasn't involved in my interrogations.

Years later, Corsetti was brought up on charges of dereliction of duty, maltreatment, assault and performing an indecent act with another person in Bagram and Abu Ghraib, Iraq, where he was redeployed.

Shortly after my release from Guantanamo, I was approached by Corsetti’s lawyers, asking if I’d be a character witness for him. I wrote about this strange request in the New York Times. Corsetti was eventually found not guilty and later joined the Iraq Veterans Against the War. His testimony is featured alongside my own in the Oscar-winning documentary Taxi to the Dark Side.

In truth, Corsetti was a low-ranking officer who was part of a far greater machine that didn’t only justify torture - it revelled in it.

As for Darbi, I never saw him again after Bagram, but I remained in contact with his family and lawyers after I was released. In 2012, under the farcical Guantanamo military commissions process, Darbi was charged with involvement in the oil tanker attack and, in 2014, as part of a plea bargain, he pleaded guilty. His deal included giving witness testimony against some of the remaining 40 Guantanamo prisoners.

In return, Darbi was given a 13-year sentence - but despite having undergone 16 years of torture, the time he’s served will not count. Instead, he has to serve the remainder of his sentence in a prison in Saudi Arabia, where he was finally repatriated last week. He’s due for release in 2027.

As Darbi said in a statement to his lawyer: 'No one should remain at Guantanamo without a trial. There is no justice in that'

I don’t know what became of the evidence I gave to the lawyers about the abuse he endured, but Darbi's case exposes the ludicrous notion of justice that operates in Guantanamo.

Firstly, his crimes had little, if anything, to do with the US. Secondly, those who have not been charged with a crime in over 16 years remain imprisoned indefinitely; those who plead guilty to crimes go home. This has been the case with the majority of those who pled guilty.

As Darbi said in a statement to his lawyer: "No one should remain at Guantanamo without a trial. There is no justice in that."

Photo: Detainees are seen in an enclosure at Camp X-Ray in Guantanamo Bay, Cuba, in January 2002 (AFP). 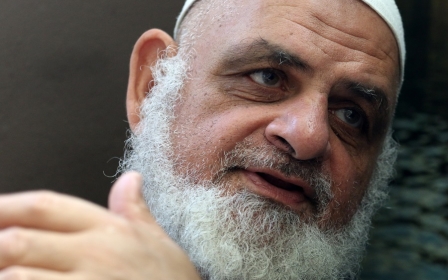