Macron's crusade against Islam is political extremism at its worst

Khalid Hajji
Violence among Muslim youth is largely due to the fact that they cannot recognise themselves in the values of the country they live in, rather than because of religious fervour 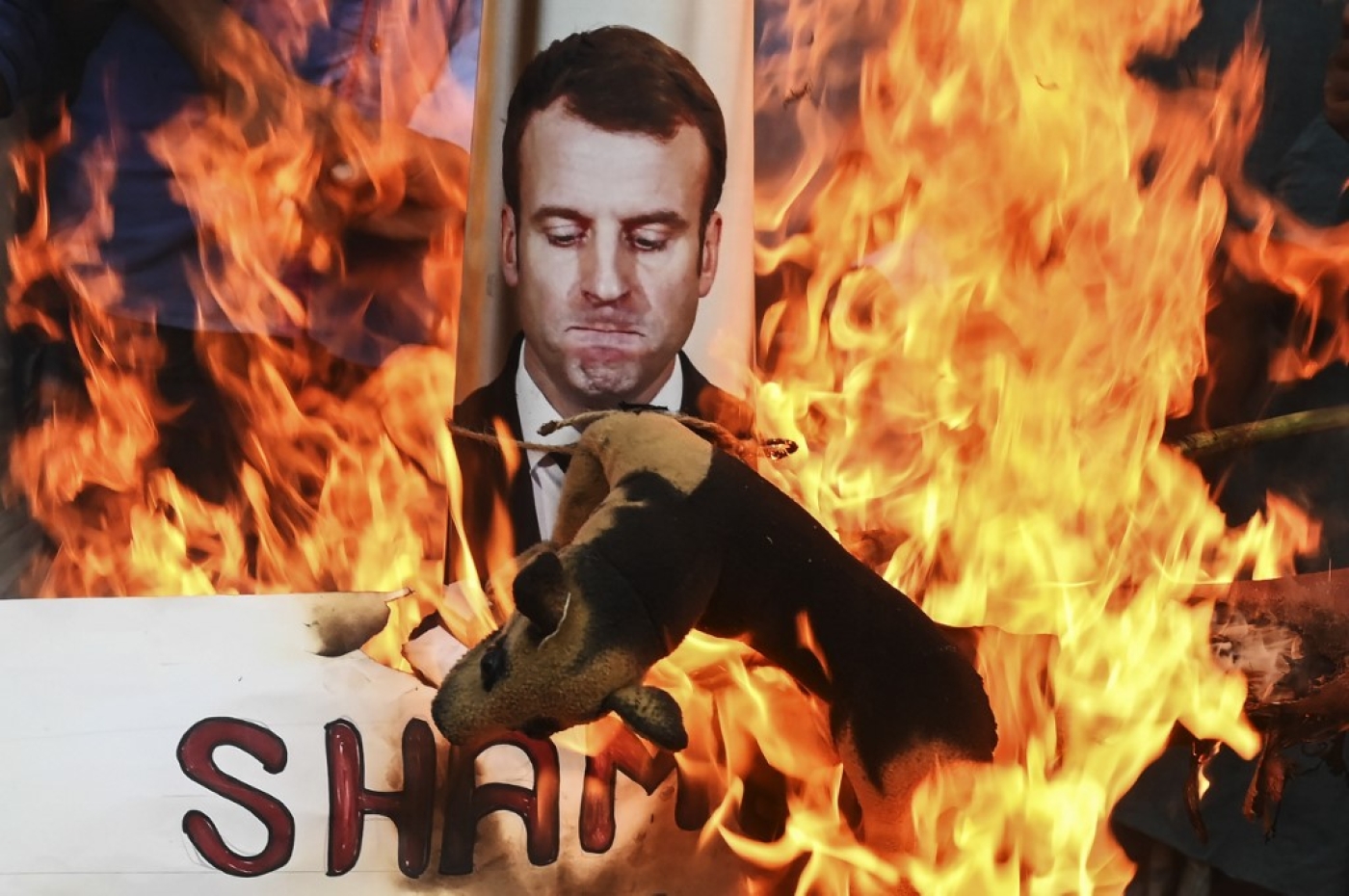 Pondering the strained relations between France and Islam, my memory takes me back to the end of the 1980s, when I was a young student participating in a mass protest in Paris against the translation of Salman Rushdie’s The Satanic Verses into French.

I recall the posters and placards reading: “The Prophet is a red line.” But it was not until I heard author Yves Lacoste likening the matter to his student during a lecture to a “translation of the crisis into the French context” that I realised what was at stake. It was less a matter of freedom of expression and defence of the Islamic faith, than a matter of geostrategic reasoning and geopolitical interests.

I remain deeply indebted to Lacoste for alerting me, at an early stage of my career as a researcher into relations between Islam and the West, to the fact that geopolitics matter when it comes to understanding the troubled relationship between western artistic expression and the Islamic faith.

The Satanic Verses would likely have gone unnoticed had it not been for drivers of a geostrategic nature. To many French thinkers and observers at the time, the frantic race to translate the book into French betrayed a geopolitical design to involve France in the conflict between Iran and the UK.

They believed the rallying cry for freedom of expression was merely an intelligent move on the geopolitical chessboard. France and other European countries stood with London in the posture of defending free expression, thus disrupting their own relations with Iran and sealing the fate of their shares in the market of its reconstruction.

It is a huge blunder to adopt a rhetoric that relates the acceptance of caricatures of the Prophet to religious moderation, or their condemnation to religious extremism

More than three decades have passed since the publication of Rushdie’s book, and yet France and Islam find themselves caught in the same old skirmish over the relationship between freedom of expression and respect of faith. French President Emmanuel Macron has gotten bogged down in an irreversible path of confrontation, not only with extremists and radicals, but with Muslims from various walks of life, both within and outside France.

In his management of the current crisis, Macron lacks clarity and discernment. He has lamentably failed to designate the right enemy. Consequently, he has not only incurred the wrath of his geostrategic rivals, such as Turkish President Recep Tayyip Erdogan, but also estranged himself from his traditional allies in the fight against extremism.

Even before the horrific beheading of a French schoolteacher for showing his pupils caricatures of the Prophet Muhammad, Macron indulged in unsound, hasty generalisations by conflating France’s social ills, Islamic extremism and the “crisis” of Islam. His convoluted rhetoric aims to play, domestically, into the hands of right-wing extremism, with the next election in mind.

Macron has left the impression with his moderate Muslim allies, let alone among extremists, that he is not fit to tread the fine line between fighting political Islam and undermining the very tenets of the Islamic faith. It is a huge blunder to adopt rhetoric that relates the acceptance of caricatures of the Prophet to religious moderation, or their condemnation to religious extremism. The president’s attitude reeks of an unacceptable form of Manichaeism.

It is political extremism, indeed, to submit French citizens of Muslim origin to the choice between endorsing the display of caricatures of the Prophet on government walls, or cutting the ties that bind them to the values of the republic. Upon closer inspection, we realise that this type of political extremism, like Islamist extremism, falls back on a simplistic definition of right and wrong.

Nothing is more absurd and dangerous than resorting to political extremism to fight religious extremism. It is a narrow-minded oversimplification to ascribe responsibility for violence perpetrated by criminals of Muslim origin to a worldwide “crisis of Islam”.

My long experience of working with Muslim youth in Europe has shown me that violence among them is largely due to the fact that they cannot recognise themselves in the values of the countries where they live, rather than because of religious fervour. It is puzzling to see how the same youth who routinely curse God, rush to avenge the slander of the Prophet.

I have no doubt that unless these youth are accepted and given a sense of belonging, the amount of violence among them will not decrease. Religion is often only a demarcation line in their attempts to negotiate their sense of identity in today’s difficult European context.

To address the challenge of living together in the French context, it is not helpful to point to the crisis of Islam in the broader world, glossing over the crisis of European identity in the post-Brexit era.

Undoubtedly, France is going through one of the most turbulent times in its history, unsure of its next moves. Ongoing economic, political and philosophical crises call for a redefinition of what it means to be French - but this highlights the risks of falling into the rhetorical trap of political radicalism.

It is certainly political radicalism to claim that the republic can define how to be Muslim. Nothing is as damaging to living together as this attempt to coerce the Islamic faith into the geography of the republic, amid the claim that Islam within the country is different from Islam abroad. 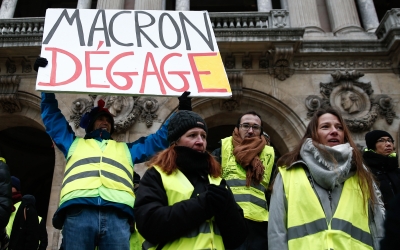 Such an orientation of thought is in several respects comparable to the "Clash of Civilisations" theory. In both cases, the solution is predicated on geographic separation: “Bad Muslims do not deserve to be here; they belong there.”

It would be wise to separate Islam from extremism. This is the only way to disempower the extremists who try to hijack the Islamic faith in their attempt to find a moral justification for their criminal deeds and terrorist acts. A criminal or a terrorist is not only the product of Islamic culture, but also of the French republic - of its schools, its migration policies and its social fabric.

In reality, French society, no less than other societies around the world, is torn between yesterday’s and today’s values, where the lines between “us” and “them” are blurred.

Ultimately, we can only hope that Macron’s inexpert communication with the Muslim world will not prompt overreactions that could distract Muslims from certain fundamental questions. France remains, in the perception of Muslim youth, a better place to live than many Islamic countries. This is why they risk their lives to reach its shores, fleeing their homes.

Islam, unlike what some extremists want it to be, is not a system of ideals that thwarts synergy between Muslims and non-Muslims

It is incumbent upon French Muslims, and all European Muslims, to contribute to the consolidation of a culture of freedom, equal rights and the rule of law. Paradoxical as it might seem, the dignity of most people in the Muslim world depends upon the implementation of these values.

The Islamic world faces a serious existential crisis, and only interactions with and an openness to the outside world can help to find solutions. Islam, unlike what some extremists want it to be, is not a system of ideals that thwarts synergy between Muslims and non-Muslims.

Khalid Hajji
Khalid Hajji is a writer and researcher. He holds PhD from Paris-Sorbonne in Anglo-American Studies. Hajji is also a professor at the Faculty of the Humanities, University Mohammed 1st, Morocco. Hajji is the President of Brussels Forum for Cultural and Religious Dialogue (BFCRD) Brussels and is former secretary-general of the European Counci of Morrocan Ulema. 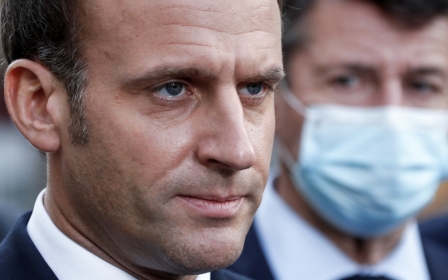