Shahir Shahidsaless
The growing confrontation between the US and Russia in eastern Syria, combined with escalating tensions between Saudi and Iran, could spill over into conflict 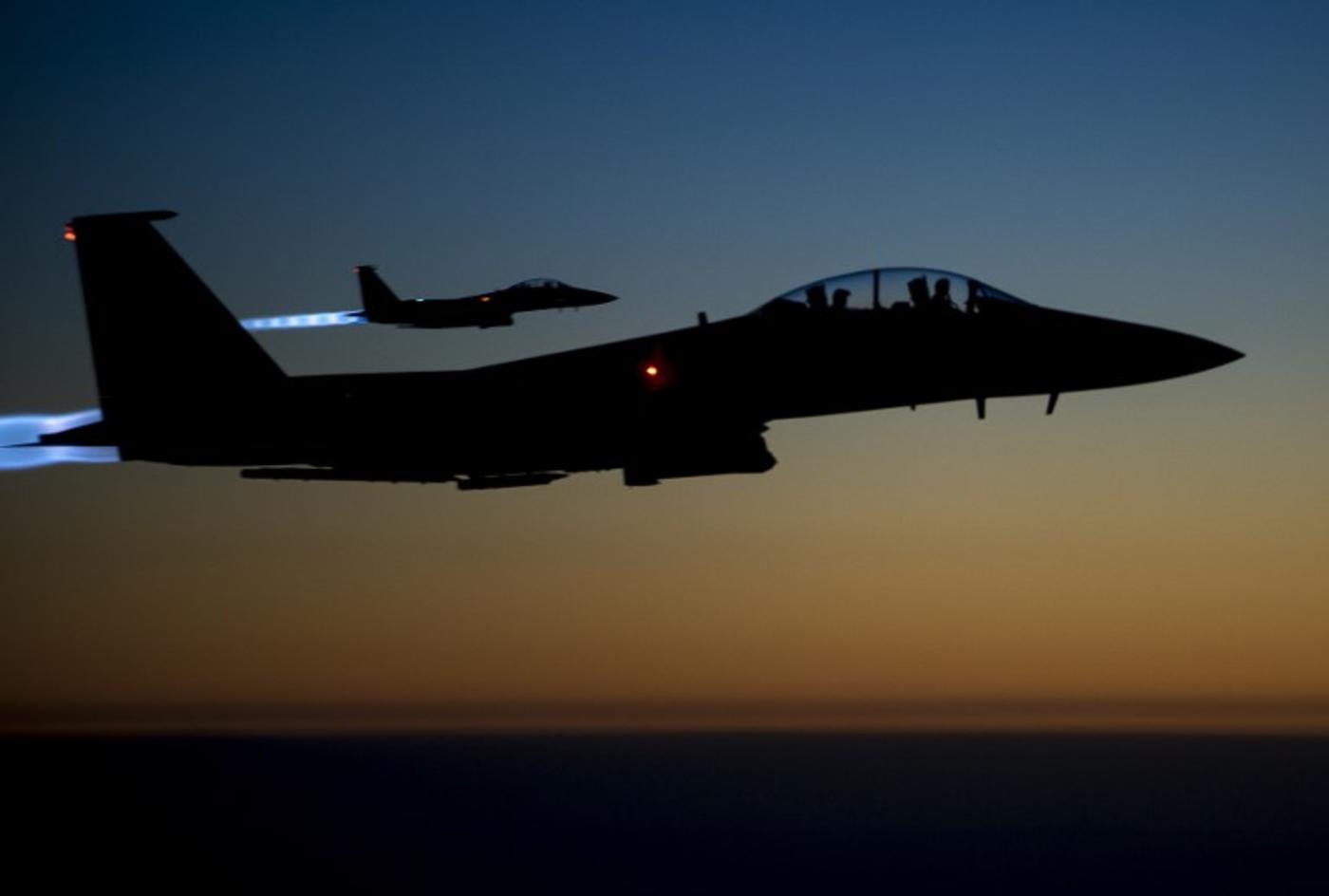 The situation in Syria, and in the Persian Gulf region, is threatening to spiral into a regional and possibly even a global conflict.

Following the shooting down of a Syrian warplane by a US Navy jet on 18 June, tensions between the United States and Russia have escalated dramatically.

In response, the Russian Defense Ministry released a statement warning that it would track as targets international coalition aircraft and drones found operating west of the Euphrates River. The Russians also abruptly suspended a hotline with Washington intended to avoid collisions between Russian and US forces in Syria, although US officials have since claimed the hotline is still in use.

In the absence of collaboration between the US and Russia and under a hostile environment between the two powers, the Middle East could erupt into a raging inferno

On 19 June, an American reconnaissance plane was intercepted by a Russian fighter over the Baltic Sea. According to US officials at the United States European Command, the two aircraft were only a few feet apart at times.

In another potentially dangerous incident, on 21 June, a Nato warplane approached the Russian aircraft over the Baltic Sea which carried Defence Minister Sergey Shoigu. A Russian Su-27 escort fighter showed up and tilted its wings to show its weapons, whereupon the intruding Nato plane flew away.

A day before, on 20 June, a US fighter jet shot down an Iranian-made drone over Syria.

In another incident, according to the Israeli army, on 26 June, the Israeli Air Force attacked Syrian government forces’ artillery positions after 10 projectiles fell on the Israeli-controlled part of the Golan Heights.

While no independent body has yet confirmed the validity of Israel’s claim it is worth noting that the incident occurred one day after Benjamin Netanyahu stressed that Israel will not allow Iran to establish a permanent presence on the Golan. Whether the move will provoke a response from Assad supporters, allowing Israel to open an eastern front against President Assad remains to be seen.

In the aftermath of the recent developments in US-Iran relations, the shooting down of the Syrian warplane and the Iranian drone have sharply increased the tension between the US and Iran - tension which has the potential to escalate into a broader conflict.

First, on 14 June, US Secretary of State Rex Tillerson called for regime change in Iran. He told the House Foreign Relations Committee that Iran was destabilising the region and promised that the United States would support “those elements inside the Islamic Republic which would bring about peaceful government transition”.

In response, Iran’s leader, Ayatollah Ali Khamenei, slammed the US government in a fiery speech stating: “The American rulers do not know the Iranian nation,” adding that “the new White House leaders are like nascent hooligans who scare people by brandishing their knives until somebody punches them in the mouth and puts them in their place.”

Referring to Tillerson’s statement, Khamenei noted: “They say they want to change the Islamic Republic establishment. Well, when have you not wanted to do this? You always wanted and you always failed and your nose has been rubbed in the dirt; and it will be like that from now on.”

'Anytime we have multiple armed forces working in the same battle space without de-confliction, there is a dangerous risk of things spinning out of control'

There is also a new battlefront between Russia and Iranian proxies in Syria on one side and the US and its allied forces on the other over control of southeastern Syria, an area close to the Iraqi borders where the main highway between Damascus and Baghdad crosses. The route is strategically important to Iran because it links Syria to Iraq and further east to Iran. Control of this road would enable Tehran to connect to its main ally in the region, Lebanon’s Hezbollah, through Syria.

The Americans intend to gain control over eastern Syria because, as explained in the New York Times, after the defeat of IS “what is really at stake are even larger issues. Will the Syrian government re-establish control of the country all the way to its eastern borders? Will the desert straddling the Syrian-Iraqi border remain a no man’s land ripe for militant control? If not, who will dominate there - forces aligned with Iran, Russia or the United States? Which Syrian factions will wield the most influence?”

The Times notes, “With all these forces on a collision course, several recent escalations have raised fears of a direct confrontation between the United States and Iran, or even Russia.”

This situation is a recipe for war. According to Douglas E Lute, a retired three-star Army general who was the US representative to Nato until January, “anytime we have multiple armed forces working in the same battle space without de-confliction, there is a dangerous risk of things spinning out of control. … Tactical incidents on the ground or in the air over Syria can be misunderstood and lead to miscalculation.” As one international relations expert maintains: “War can occur without misperception, but rarely.”

What makes the situation worse is the ever-increasing hostility between Iran and Saudi Arabia. On 7 June, IS terrorists launched attacks on Iran’s parliament and on the tomb of the country’s former supreme leader, Ayatollah Ruhollah Khomeini, following explicit threats by Saudi prince Mohammad bin Salman in early May.

“We won’t wait for the battle to be in Saudi Arabia. Instead, we’ll work so that the battle is for them in Iran,” bin Salman remarked. Iranian government officials, from the leader down, have expressed no doubt that the Saudis were behind the terrorist attacks.

Mohammad bin Salman is the architect of the new, openly aggressive Saudi foreign policy toward Tehran. On 21 June, he was appointed as the new crown prince of Saudi Arabia, making him next in line for the throne. The novice politician, who will mark his 32nd birthday in August, calls the shots on the kingdom’s foreign policy, will maintain his post as defence minister, and will supervise the Saudi economic reforms including in the oil sector.

While Israelis lauded the appointment as “good news for Israel and the US,” former US ambassador to Israel, Daniel B Shapiro, called it “dangerous” with respect to Iran. Mohammad bin Salman’s appointment as crown prince makes the possibility of an Iran-Saudi conflict even more likely.

Mohammad bin Salman is the architect of the new, openly aggressive Saudi foreign policy toward Tehran

A glaring example which presents the outside world with a first glimpse of the dangerous foreign policy of the newly-elected, de facto ruler of Saudi Arabia, is a list of the conditions presented to Qatar on 23 June for lifting the sanctions imposed by Saudi-led bloc.

According to the Associated Press, the list stipulates 13 conditions including the closure of the Qatar-funded broadcaster Al-Jazeera, a Turkish military base, and cutting back all diplomatic ties with Iran.

Many observers contend that curbing ties with Iran is central to the list. The demands completely violate international norms, first and foremost the sovereignty of states. Demands of such nature were not imposed even on the Iraqi dictator, Saddam Hussein, after Iraq’s defeat in the Persian Gulf War in 1991.

Against this perilous backdrop, no party shows any intention of de-escalation, especially the two nuclear superpowers. During Donald Trump’s election campaign, the Republican candidate offered hope that the United States would seek Moscow’s cooperation on global issues.

The US risks war with Iran in eastern Syria. It should focus on fighting IS elsewhere
Julien Barnes-Dacey
Read More »

Many hoped for the formation of an alliance between the two powers to uproot IS in Syria and to bring an end to the ongoing humanitarian catastrophe in the country. It was hoped that as a result of US-Russian cooperation, the Hobbesian state of “war of all against all” in Syria would be stopped and the two major regional rivals, Iran and Saudi Arabia, would reconcile.

In his first press conference after his election, Trump repeatedly said that it would be “positive,” “good,” and even “great” if “we could get along with Russia”.

In the absence of collaboration between the US and Russia and under a hostile environment between the two powers, the Middle East could erupt into a raging inferno as a result of a far-reaching war.

Photo: A pair of US Air Force F-15 Strike Eagles flying over northern Iraq after conducting air strikes in Syria on 23 September 2014 (AFP) 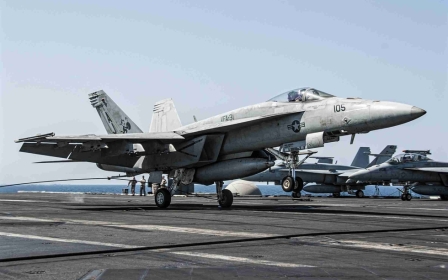 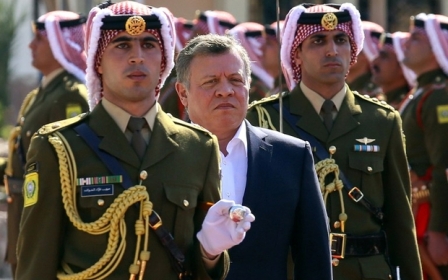 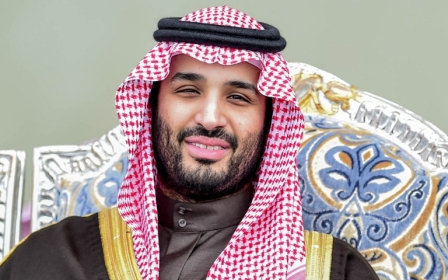