Madawi al-Rasheed
The three conferences start today, standing as a testament to the Saudi practice of using religion for political gain 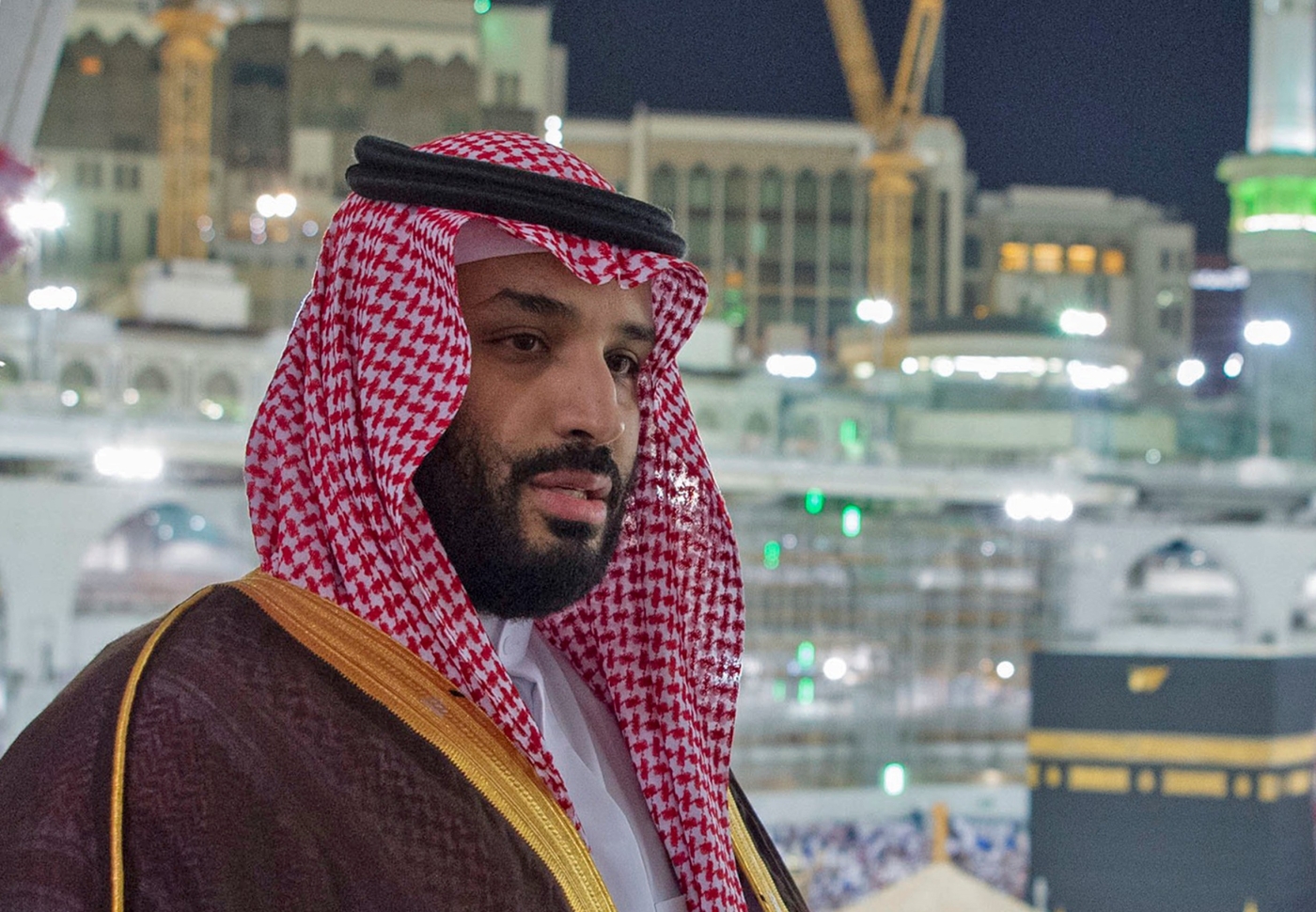 Saudi Arabia is holding three conferences in Mecca at the end of May. King Salman will chair the ordinary 14th meeting of the Organisation of Islamic Cooperation (OIC), a Muslim forum established under the patronage of King Faisal in the 1960s.

Two further emergency meetings of the Gulf Cooperation Council (GCC) and the Arab League will also take place in Mecca. Discussions will cover the recent attacks in the Gulf, the Palestinian question, Islamic solidarity, Muslim minorities and other hot issues.

The king’s rush to summon Muslims at the end of Ramadan, the fasting month, to Mecca to discuss highly political issues exposes the contradiction in the recent Saudi push to ban and criminalise Islamism.

The three conferences are not being held to discuss theological matters, but to seek support for Saudi Arabia's king over serious, controversial and divisive political crises.

The drive to use Mecca's religious significance to score political goals remains a cherished Saudi strategy.

The three conferences are not being held to discuss theological matters but to seek support for Saudi Arabia's king over serious, controversial and divisive political crises

Inserting politics in Mecca and its precincts is nothing but utter Islamism, the movement that the regime bans but is happy to practise nowhere but in the surroundings of a symbol so important to all Muslims.

This makes us believe that the Saudi regime wants Islamism without Islamists, as most of the latter are now in prison. The king is the only Islamist who remains free to instrumentalise Mecca to score political goals.

Needless to say, Mecca is not only an important place of worship and pilgrimage but is a symbolic centre of heightened significance. Saudi control over this holy place dates to 1925, when the region fell into the hands of the conquering Saudi-Wahhabi troops.

Since then, the Saudi regime has struggled to build its legitimacy on the basis of serving Muslims in Mecca and providing essential services to pilgrims. Muslims rightly worry about who controls Mecca as the political power of the time manages and controls access to the holy precinct.

Notwithstanding the significance of Mecca as a legitimate corner in the Saudi narrative - the king has been the Custodian of the Two Holy Mosques since 1986, when King Fahd adopted the title - the Saudi regime insists that Mecca is a place of worship and should remain free of politics.

Politics are completely banned, and any Muslim scholar or activist who wants to use the space or the event of the pilgrimage to spread political messages is not only banned but is punished severely.

In official Saudi eyes, this behaviour comes under Islamism, the mix between religion and politics, now a criminalised movement that has been blamed for all Saudi ills over the last 40 years.

Mecca, the Saudi regime insists, is a space for religion only. Mecca should remain open to practising a kind of Islam that is focused on worship, rituals and practices expected of Muslims who visit for Umrah (minor visit) and Hajj (pilgrimage).

Alas, the Saudi regime does not abide by what it proscribes for its own citizens and Muslims. Nobody uses Mecca for political purposes more than the Saudi regime and its religious scholars who control the minbar, the pulpit of Mecca.

The three conferences in Mecca are but a continuation of Saudi practices that mix religion and politics nowhere but in Mecca itself.

Successive imams of the Mecca Mosque have spared no opportunity to chant, supplicate, and recite praise for Saudi kings. Their audiences are always Muslims who come to the mosque either for pilgrimage or simply for a short visit.

So praising the Saudi king and expecting other Muslims to repeat Ameen is nothing but blunt political propaganda imposed on Muslims, the majority of whom come to Mecca for other reasons than being bombarded by Saudi propaganda.

From the pulpit, the imams of Mecca are also notorious for warning Saudis and others not to engage in any activity defined as politics in Saudi Arabia. This can range from a political discussion among gathered pilgrims or chants denouncing countries or leaders who have inflicted injustices on Muslims, amongst them the Palestinian cause that the Saudi king now wants his guests to discuss at the conferences.

People supporting the Palestinians in Mecca, or Chinese Muslims, or even denouncing Islamophobia and condemning world leaders who have contributed to its spread, will be severely punished. Such matters are best discussed behind closed doors among the king's guests.

Muslims have no right to insert their own opinion and express their views anywhere, and definitely not in Mecca. This would be dubbed dangerous Islamism, punishable by a prolonged stay in prison or even worse - by being beheaded.

So in line with Saudi official religious narratives, the ruler is above all such restrictions and can practise what others are banned from doing.

The Saudi regime controls who comes to Mecca, and the increasing number of Saudi exiles and refugees are definitely not on the list of visitors coming soon. In the past, the regime has denied access to Mecca and returned visiting pilgrims from the airport, thus denying them the right to fulfil an important pillar of Islam, without which a Muslim's faith is not complete.

Any Muslim critic of the Saudi regime is deemed undesirable and unwelcome in Mecca. One such case was Tunisian Sheikh Rashid al-Ghanoushi, leader of the al-Nahda Islamist party. He was prevented from visiting Mecca.

Also, the historical animosity towards Iranian pilgrims who refused to accept Saudi prohibition on politics in Mecca meant they faced deportations and harsh treatment when in the 1980s they chanted death to America.

Qatari pilgrims were wary of visiting Mecca after 2014 - and in 2017 after the Saudi-led blockade on Qatar - when relations between their country and Saudi Arabia reached a low ebb. Now, the Emir of Qatar, Hamad Al Thani, was invited but will not attend.

These unjust exclusion practices have made many Muslim leaders and activists careful not to publicly voice any criticism of the politics of the Saudi regime lest they are placed on the list of people banned form going to Mecca. Denying them access is nothing but a political act of Saudi injustice and arrogance, practised nowhere but in the holiest of all places.

Those who expect serious resolutions in the three Mecca conferences may be disappointed, as the historical record of such meetings attests to a constant failure to achieve even minimal Islamic unity over serious political issues. Of course, there will be joint statements reiterating the unity and solidarity of the Muslim umma in the case of the OIC summit, and even more such expressions of unity with the other emergency meetings.

All such rhetoric will be directed against Iran, seen by Saudi Arabia as the sponsor of the two recent terrorist attacks in the Gulf.

If we consider the conferences as yet another Saudi attempt to reach out to Muslims worldwide and seek solidarity over its limited but persistent agenda of defeating Iran, then the Saudis may not succeed.

The Muslim world is - and was always - plagued by internal and domestic concerns and will not rush to back Saudi wars.

If the objective is to seek support for the mysterious so-called deal of the century to end the Palestinian cause, this may be difficult at a time when Muslims are increasingly moving in the direction of refusing such grand projects to eliminate one of the most important causes that has occupied them for over half a century.

The Arab League has become truly defunct and is plagued by internal dissent among its countries, while the Gulf Cooperation Council needs a miracle to mend the rift caused by ostracising and sanctioning Qatar, despite the recent invitation to attend the emergency summit in Mecca.

The three conferences are a great celebration at the end of Ramadan, perhaps a pre-Eid festival for leaders whose last wish is to be dragged in an unlikely war in the Gulf.

Saudi Arabia may have been disappointed by its patron's recent statement in which US President Donald Trump expressed respect for the Iranian people and confirmed that he does not seek regime change there but a commitment to end nuclear weapons programmes.

This represents a stark contrast to his usual statements that belittles the Saudi king and always reminds him of how, without the US, the regime in Riyadh would collapse. The Saudi's turn to Muslim, Arab, and Gulf partners will never be a replacement for a US commitment to side with it against Iran. 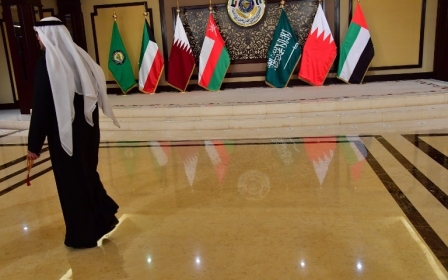