The Middle East could do without Trump's vision

Chris Doyle
Trump governs on gut instinct and eschews expertise - the less his administration does in the Middle East, the best for all 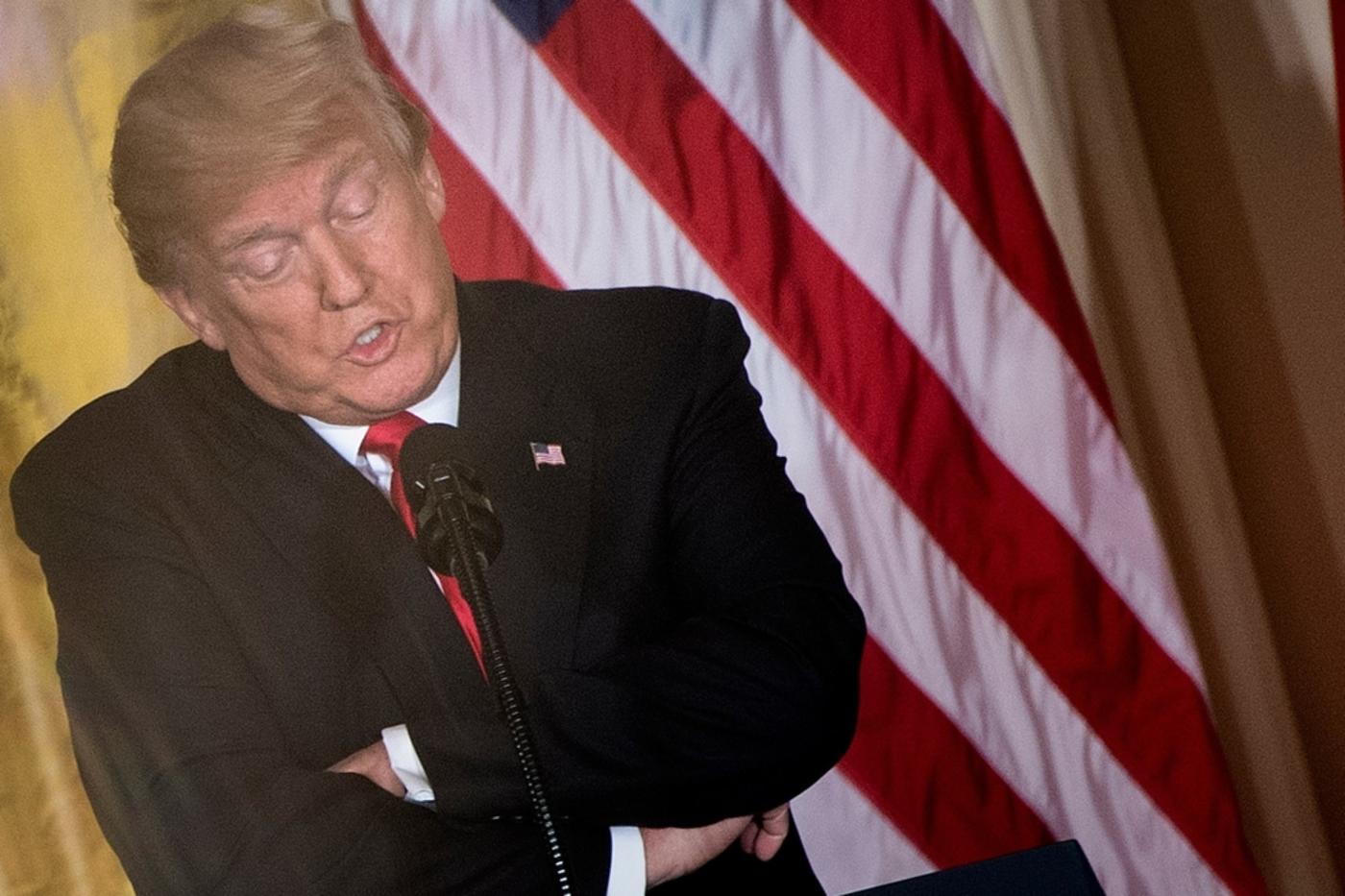 Michael Wolff’s international best-selling book on the Trump White House's first year, Fire and Fury: Inside the Trump White House, confirms much of the dysfunctional, chaotic accounts leaked to the media with a few telling insights into how foreign policy including towards the Middle East is conducted.

Trump came to see four key players in the Middle East – Israel, Egypt, Saudi Arabia and Iran, with the key being to unite the first three against the fourth

American politics can be neatly divided into those who think Wolff's book on President Donald Trump is fact or fiction. Leaving aside then the debate as to whether Trump is a stable genius or jaw-droppingly bonkers, does Wolff's book shine any light on how the Trump administration conducts foreign policy not least on the Middle East?

It does so only in patches and is most enlightening in how decisions get made or more often than not, not made, and by who.

The book reveals far more about the ensemble cast of characters that have surrounded Trump than the man himself. Trump's views are, after all, blasted out at all hours on Twitter and in his speeches.

Trump's approach is - as we know - America First or perhaps Trump First; anti-globalist, anti-immigration (unless it is European), largely non-interventionist, against nation-building, mostly anti-China and mostly pro-Russia and in denial of climate change.

The Bannon-Kushner loathing is a constant, reflected in a whole raft of foreign policy issues, including China and the Middle East, attitudes to Jews and Israel

Much of these positions tie in with those of his erstwhile Rasputin figure, Steve Bannon, once an "entertaining oddity" who after the election was for Wolff a "miracle worker".  It was Bannon, sacked in August 2017, that pushed the America First strategy, the anti-immigration themes as well as protectionism.

Bannon derided compromise and embraced conflict, the supreme plotter. Bannon had his supporters in the West Wing, but Wolff outlines how various factions lined up against each other, not least his crowd against Jarvanka, the nickname given to the circle around Ivanka Trump and her husband, Jared Kushner.

The book charts the ups-and-downs of both camps, measured almost solely by how much in favour they were in the eyes of the president. Favour is achieved not by policy successes and grand strategies but almost solely by positive media coverage even in the "fake news" or "lamestream" media.

Not fit for president

In this manic quest for coverage, all parties spun and leaked furiously against each other, making the White House the most open to the media in history. In Wolff's depiction, every single one of them had one thing in common – they all believed Trump was not fit to be president.

The Bannon-Kushner loathing is a constant, reflected in a whole raft of foreign policy issues, including China and the Middle East, attitudes to Jews and Israel. The latter concluded, according to Wolff, that Bannon was an anti-Semite. Henry Kissinger saw the inside of the Trump White House as "a war between the Jews and the non-Jews".

Kushner was handed the Middle East file by Trump despite zero qualifications. Bannon took delight in slamming Kushner for being soft on Israel, and not doing enough to defend it. Like much of the so-called "alt-right",  Bannon's defence of Israel was more motivated by a visceral loathing of Muslims than any respect for Jews.

Bannon recruited and used Sheldon Adelson, the multi-billionaire casino magnate who Trump continually defers to on Israel seeing him as the "toughest tough-guy Jew".

Bannon told Wolff "day one we're moving the US embassy to Jerusalem", and perhaps more revealingly that "let Jordan take the West Bank, let Egypt take Gaza. Let them deal with it or sink trying". As it stands, the chances of Egypt being the main power in Gaza cannot be ruled out.

The chemical weapons attack on Khan Sheikhun in Syria in April 2017 provided Trump with his first major international test only 10 weeks into his presidency. While most of the world was trying to second-guess what this president would do, so too were all his White House circle.

Bannon was the only one to argue against a military response to Syria, believing that such standard responses had caused the quagmire in the Middle East, not solved it. In part Trump agreed with him, as it appealed to his transactional side, "what was in it for him?"

That Bannon lost out was largely due to Ivanka, who, avoiding a detailed briefing which just bores Trump, showed him graphic images of dying children.

Kushner was alarmed not just at Bannon's hyper-isolationism world view but his apocalyptic one, that the world was burning and you should just let it. Of course, a key element was another facet of Trump's thought process – to do exactly the opposite of what his predecessors had done, both Obama and the neocons.

In time, Trump came to see four key players in the Middle East – Israel, Egypt, Saudi Arabia and Iran - with the key being to unite the first three against the fourth. It was General Michael Flynn who won Trump over to his view of Iran as being the root of all evil.

So fixed were these views that any party that opposed Iran must therefore be good.

Saudi Arabia and its new Crown Prince Muhammad bin Salman struck up a vital relationship with Jared Kushner. That Trump warmed to Saudi was never guaranteed not least if you consider his anti-Saudi campaign rhetoric. Billions of dollars in weapons sales were clearly a factor, far more than any battle against extremism.

The Trump White House in Wolff's portrait is hyper-dysfunctional, reflected in Trump's international relations. Unpicking how decisions are made is nigh impossible because there is no system, no policy process or debate.

Competing parties inside and out jostle for the attention of one man, fact-resistant, who decries expertise, and believes that his gut instincts alone top any professional advice.

For international statesmen reading this, it sounds every bit as bad as so many feared. It may be that the less the Trump administration does in the Middle East, the best for all.

-Chris Doyle is the director of the Council for Arab-British Understanding (Caabu). As the lead spokesperson for Caabu and as an expert on the region, he is a frequent commentator on TV and radio, and gives numerous talks around the country on issues such as the Arab Spring, Libya, Syria, Palestine, Iraq, Islamophobia and the Arabs in Britain.

Photo: US President Donald Trump speaks during a press conference with Norway's Prime Minister Erna Solberg in the East Room of the White House on 10 January 2018 in Washington, DC  (AFP) 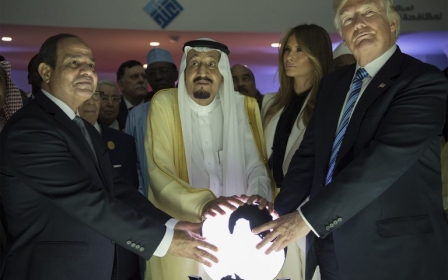 Trump
A 'stable genius' or white trash in the White House?
David Hearst