Mission Impossible: Hillary a better friend to Israel than Obama?

CJ Werleman
Obama's personal spats with Netanyahu aside, Clinton's promise to be even more supportive of Israel is simply a bid for donor cash 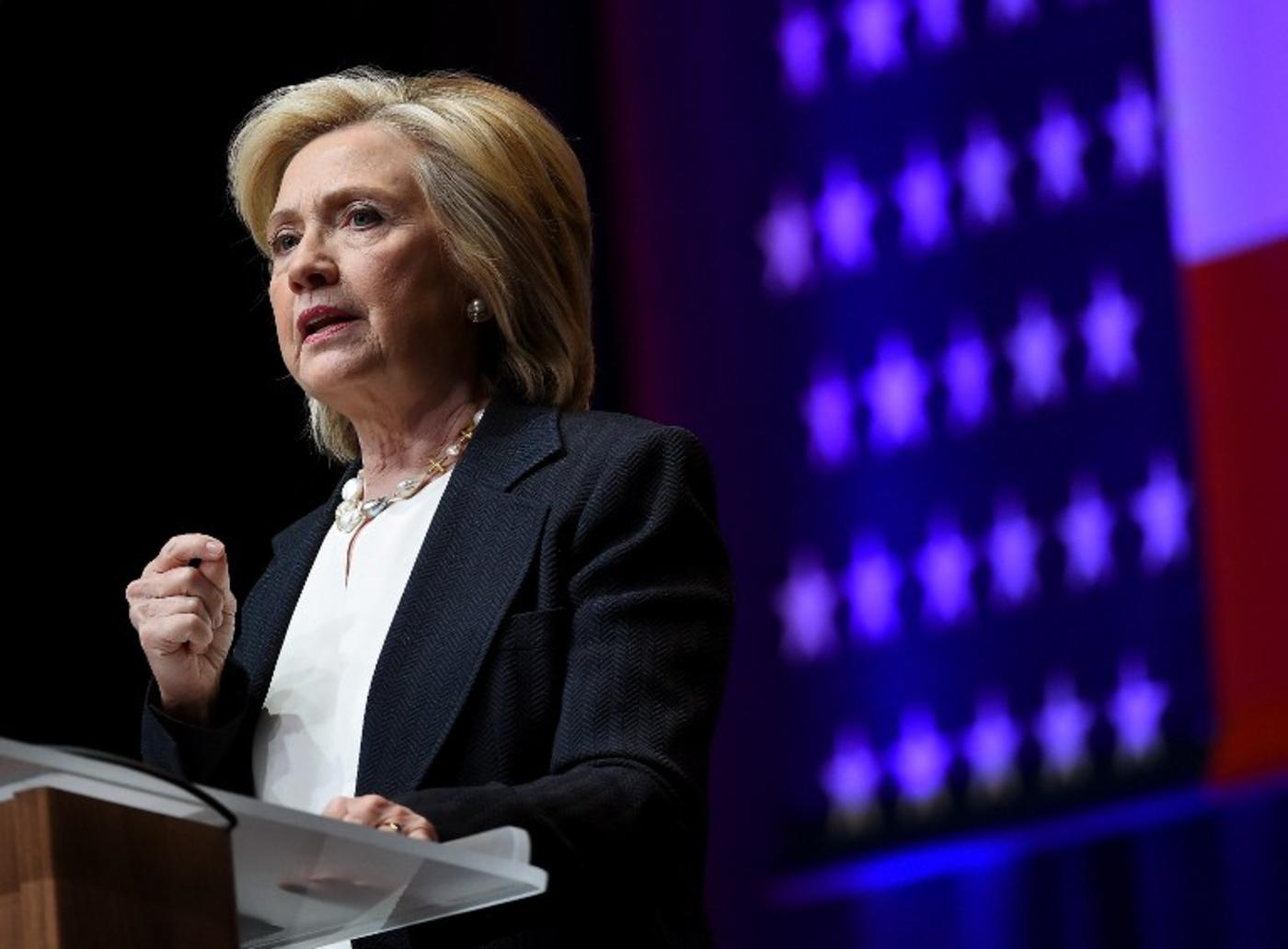 Israeli Prime Minister Benjamin Netanyahu‘s first visit to the Obama White House took place in May 2009. For the past six years, more has been written about the Obama-Netanyahu relationship than the union between Kim Kardashian and Kanye West.

Do you think I’m kidding? Fox News invited a body language expert on to dissect the non-verbal cues of their joint 2011 White House press conference. “Obama has contempt in his eyes for Netanyahu,” Tanya Reiman told Bill O’Reilly.

A few months later, words were applied to Obama’s non-verbal cues when a “hot mic” captured what was meant to be a private conversation between Obama and the French President Nicolas Sarkozy. “I can’t stand him [Netanyahu]. He’s a liar,” Sarkozy told Obama. Not only did Obama not disagree with his French counterpart’s ad hominem attack on Netanyahu, but Obama also expressed a shared frustration.

“You’re tired of him - what about me? I have to deal with him everyday,” Obama replied.

Since then the Israeli Prime Minister and the US president have traded insults, slights and snubs.

Last week, Hillary Clinton, the presumptive Democratic nominee for the 2016 presidential race, promised a group of wealthy pro-Israel donors she would be a better friend to Israel than President Obama.

“Diplomacy is all about personal relationships, and I’ve got my own relationships,” said Clinton - suggesting she’d use her relationship with Netanyahu to bring the two nations together.

Wait, what? I had no idea the two nations were ever apart. Moreover, how on earth does Clinton propose to be a better friend to Israel than Obama?

Yes, Obama thinks Netanyahu is a far rightwing blowhard. Yes, Obama once embarrassed Netanyahu by walking out of a meeting between the pair to have dinner with Michele and the kids. Yes, Obama snubbed a request from Netanyahu for a meeting during the Israeli Prime Minister’s 2012 visit to New York for a United Nations meeting.

But no US president has been a better friend to Israel than Barack Obama, which is why Clinton’s promise to be an even better friend is mission impossible.

I mean what would a “better friend” to Israel than Obama even look like? The sanctification of more illegal Israeli settlements in the Occupied Territories? More US vetoes for a Palestinian state? More access to stockpiles of US weapons? A continuation of the status quo?

If the answer is yes to any of the above questions, then say goodbye to the “peace process,” to which Clinton says she is fully committed. If a President Hillary Clinton acts as a better friend to Israel than Obama, then it will be impossible to discern where the Likud party starts and where the Clinton White House ends.

Rhetorically, Obama has portrayed himself as an opponent of Israeli policy and the fascistic views of Israeli hyper-nationalism. Substantively, however, Obama has vigorously supported Israeli actions that not only damage the “peace process” but also ruin the likelihood of a two-state solution.

“It seems Obama has decided that the best way to deal with the harsh things he hears coming out of Israel is hypocrisy. With one hand he condemns Israel and with the other he signs a deal to supply it with arms,” writes Oudeh Basharat, a columnist for the Israeli newspaper Haaretz. “The way Obama punishes apartheid Israel, I feel like sinning.”

Yes, Obama has on more than one occasion called for a settlement freeze in East Jerusalem and the West Bank. But what US president hasn’t? Yes, Obama has expressed outrage at the continuation of settlement building, but what US President hasn’t expressed his frustration with Israel’s continued efforts to sabotage the peace process? "Who's the f---- superpower here," a frustrated President Bill Clinton screamed to his aides after his first meeting with Netanyahu in 1996.

With the possible exclusion of the hyper-pro-Israel George W Bush White House, nearly every US administration has expressed frustration with Israeli belligerence.

“Kissinger and Rabin went at it in 1975 over a second Sinai disengagement agreement. President Jimmy Carter and Prime Minister Menachem Begin had a huge flap over settlements during the Camp David summit. President George HW Bush believed then-Israeli Prime Minister Yitzhak Shamir misled him on settlements during their first meeting in 1989; and the relationship really never recovered. And Secretary of State James Baker wrestled with Shamir as well during the run-up to the Madrid peace conference in 1991,” notes Aaron David Miller, who served six US secretaries of state in the years 1988 to 2003.

In every instance, however, frustration has never translated into punishment. Obama didn’t punish Israel even when the Israeli Prime Minister intentionally pressed his thumb into Obama’s eye by declaring during Vice President Joe Biden’s visit to Israel that he intended to build 1,600 new housing units for Israeli Jews in occupied East Jerusalem.

Angry phone calls ensued, but was Israel punished for this flagrant violation of international law and willful sabotage of a US-brokered peace process? No, Obama merely expressed his frustration. In being a “better friend to Israel,” how would President Clinton handle such a direct insult differently?

In a press conference on 1 August, 2014, and in the middle of Israel’s siege of Gaza, Obama said it’s “heartbreaking to see what’s happening there” and that “Israel has to do more to protect against civilian casualties”. But when Israel had exhausted much of its weapons on the civilian areas of Gaza, Obama authorised Israel’s request for access to the $1 billion stockpile of weapons the US has maintained in Israel since the 1990s. In being a “better friend to Israel,” how would President Clinton handle such a request differently?

In May of this year, the United Nations moved towards establishing a Nuclear Non-Proliferation Treaty that would make the Middle East a zone free of nuclear weapons. The treaty would have meant Israel disclosing its nuclear arsenal - an arsenal that Israel refuses to disclose. The Obama administration intervened to save Israel the embarrassment by blocking the vote. In being a “better friend to Israel,” how would President Clinton handle such a face-saving situation differently?

That same month, Obama welcomed the formation of the most right-wing government in Israel’s history with a welcoming gift to the tune of $1.9 billion in weapons. Included in the arms package were “3,000 Hellfire missiles, 12,000 general purpose bombs and 750 bunker buster bombs that can penetrate up to 20 feet, or six metres, of reinforced concrete”.

In being a “better friend to Israel,” how would President Clinton package such a welcoming gift differently?

Clearly, it’s impossible for Hillary to be a better friend to Israel than Obama. She knows it and Israel knows it. What Hillary also knows is she must secure the patronage of pro-Israel donors if she wants to meet her objective of raising $2 billion for the 2016 presidential race, and ultimately that’s who she’s promising to be a better friend to: herself.