Tom Mehager
The principle of white supremacy, which was brought to Israel from Europe, remains a prominent characteristic of Israeli society 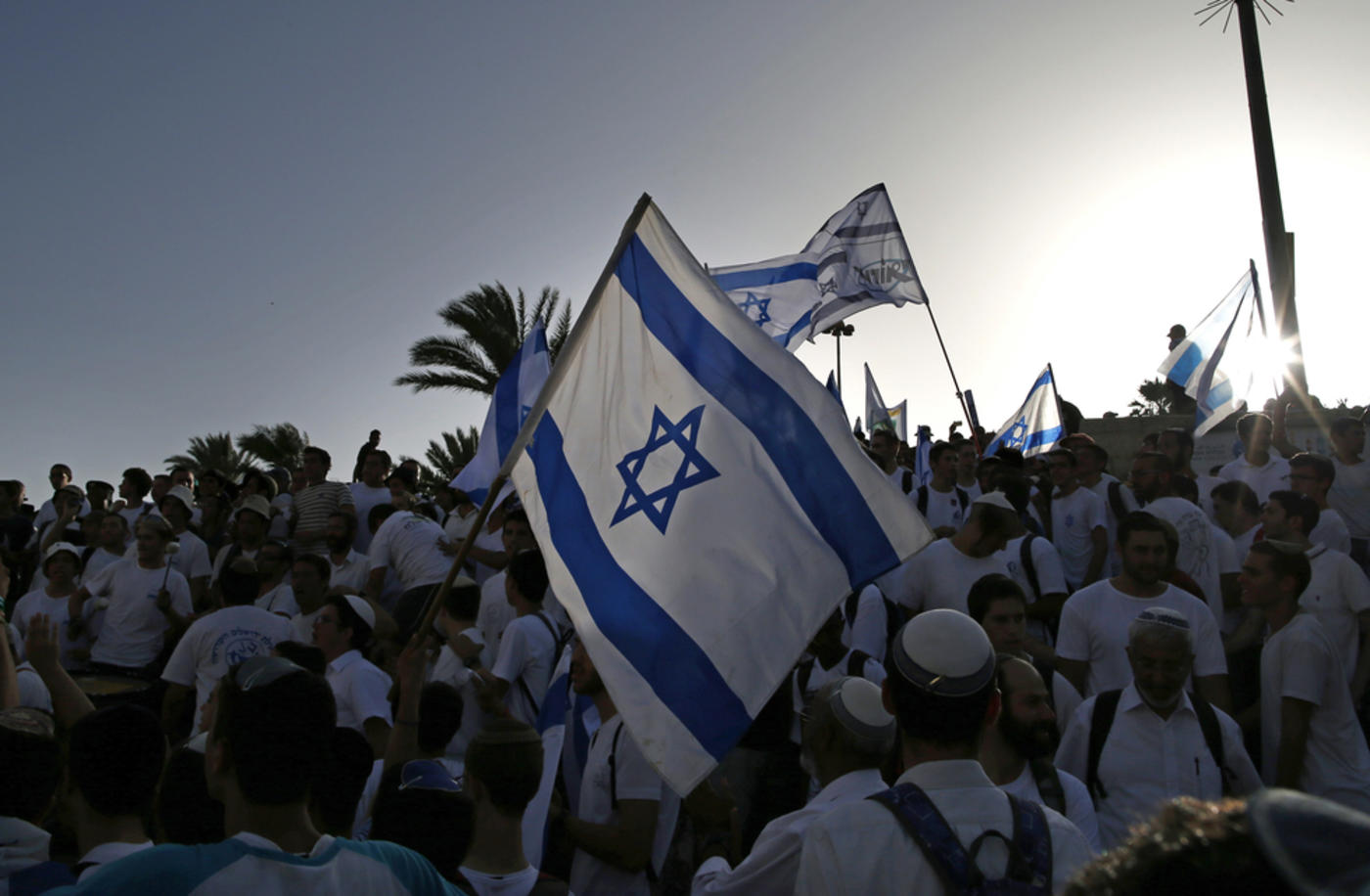 “We are all Jews / and oh so nice / totally Jewish Jews / a schvartze and a vuzvuz too.”

This song, We are all Jews (the lyrics are by Haim Hefer), expresses a central value of Zionism. No matter whether you are a schvartze (Yiddish for “black”) or a vuzvuz (of European descent; an Ashkenazi), the main thing is that we are all Jews. Ever since Israel’s founding, its leaders sought to promote a melting-pot policy, seeking to unify all the Jews who emigrated to Israel from different places so as to create a homogeneous society. The aspiration was to erase any and all existing differences between the diverse groups comprising Jewish Israeli society.

But this month we learned yet again that the idea is impossible, and perhaps inhuman. A noted Israeli poet of Moroccan extraction, Erez Biton, submitted to the Ministry of Education the conclusions of the work of a committee he chaired that was appointed to examine what should be added to the curriculum to educate Israeli children about Jews who arrived in the country from Arab and Muslim countries. Biton and his committee recommended a series of steps, including studying the history of Jews from the Middle East, fair representation of Mizrahi Jews (about half the population of Israel) in Israel’s Council on Higher Education, the study of Mizrahi poetry as part of the required curriculum, and so forth.

The Ashkenazi response to the committee’s conclusions was prompt. Gidi Orshar, a prominent film critic on a public radio station and a university lecturer on film, posted to his Facebook page: “To all the whiners from the East: The next time you have a heart attack, forego the cardiac catheterisation and just put a chicken’s foot on your head – it’s your grandmother’s home remedy; the next time you want to bring a child into this world and have trouble conceiving, forego the advanced fertility services of a hospital and head for the Galilee to pace seven times around the grave of one of your ridiculous holy men; the next time you want to insult Western culture, which has brought us all the progress envisioned and all the success aspired to by the founders of our country… just put a rabbit’s foot or a baby’s circumcised foreskin on your head and wait for a miracle. And wait. And wait.”

So it turns out that even if “we are all Jews,” it’s still impossible to erase the very significant disparities and powerful tensions between Jews of European background and Jews whose origins are in Arab and Muslim countries. From the establishment of the state through our own day, the two groups, Ashkenazi and Mizrahi Jews, have lived under what amounts to a regime of separation: whether in terms of real estate, education, employment or culture, there is still a clear hierarchy, wherein Ashkenazi Jews are advantaged in every sphere.

Moreover, many Mizrahi Jews in Israel still remember crimes like the abduction of immigrant Mizrahi infants for adoption by Ashkenazi couples, and the irradiation of immigrant children allegedly for public health purposes, which were visited on Mizrahi immigrants on arrival in the country. Other children were taken to places that we still don't know about. We have learned, not for the first time, that despite attempts to sweep these things under the rug, critical issues like ethnicity and migration will always burst out again in the Israeli public awareness.

Note that Gidi Oshrar also said some things that were accurate, concerning the leaders of the Zionist movement and the founders of the state. Indeed, as he noted, the Zionist leadership aspired to build a Western space here, completely cut off from the Eastern and Arab culture that is part of this place. Classical Zionism saw European culture as more seemly and more advanced, compared with what they deemed the primitive character of Arab culture and existence. Thus Benjamin Ze’ev (more popularly known as Theodor) Herzl, for example, the “visionary who foresaw a state,” wrote in his book Altneuland (the Old New Land) about Palestine:

“Jaffa made a bad impression on them … Entry to and anchoring in the wretched harbour was difficult. The filthy, neglected alleyways stank, and colourful Eastern poverty shouted from every corner. All the alleyways in the city were full of poor Turks, dirty Arabs and fearful Jews, everyone without work, lacking everything, and in despair. A peculiar rotten odour, like the scent of a grave, made breathing difficult.”

Later in the book, Jews take control of the country, set up their state, and rescue the inhabitants of the land from their backwardness. Classical Zionism is a tale of white supremacy, a European movement that brings progress and enlightenment to backward peoples. Film critic Gidi Orshar was simply speaking in consonance with the vision of the Zionist leadership and its chief activists.

In this regard, it is noteworthy that in the public discourse in Israel, when Ashkenazi Jews of European extraction look patronisingly at the culture of Mizrahi Jewish fellow citizens, even now continuing to try to suppress and silence Mizrahi culture, almost no one points out that this same kind of suppression is directed in a very similar manner against Palestinians in Israel.

The discussion of the conflictual encounter between Ashkenazi and Mizrahi Jews aligns just fine with the realm of fantasy in which “we are all Jews,” so come on and let’s figure out how to get along among ourselves, as Jews.

In other words, the attempt to achieve unity in the ranks of the Jewish collective fails not just from the standpoint of the way it ignores intra-Jewish issues of ethnicity; it also excludes from the legitimate political arena those who are not Jewish at all, branding them as potential enemies.

In two different elections, Israeli Prime Minister Benjamin Netanyahu conducted a campaign in that spirit, and he won both times: in 1996, on election day, the slogan “Netanyahu is good for the Jews” garnered most of the attention. And in the most recent elections, in 2015, his campaign posted a video on YouTube in which he declared that “Arab voters are heading to the polling places in droves.”

In the first instance, it was made quite clear that the first priority of the prime minister-elect was to deal with the interests of Jews, and to differentiate between them and Arab citizens. And in the second instance, he strongly implied that the performance of a civic duty – voting in an election – was a threat, only because the people “heading to the polls in droves” were Arabs and not Jews.

Furthermore, this desire to separate from the Arab sphere and brand it as something demonic also emanates from the ranks of the “left” in Israel. Former prime minister Ehud Barak, who in his time was considered a leader of the peace camp, and whose name is being mentioned again now as an alternative to Prime Minister Netanyahu, once stated that Israel must be “a villa in the jungle”.

Just who are these predatory animals who inhabit the jungle that is the Middle East, as the Ashkenazi kibbutznik Ehud Barak would have it? The answer of course is Palestinians in particular and Arabs in general. But from my standpoint, as a Mizrahi, Ehud Barak is thereby labelling my own grandparents as animals, because we too are children of the Middle East, natives of this land.

About a month ago, the revered boxer Muhammad Ali passed away. He refused to serve in the American army during the Vietnam War and explained his refusal this way: “I have nothing against the Viet Cong. No Viet Cong has ever called me a nigger.” In the same way, as Mizrahim it is important for us to remember that the Arabs are not the ones gazing patronisingly at our culture as inferior, for they are children of the same realm as we, and they are not the ones who abducted our children.

The principle of white supremacy, which remains a prominent characteristic of Israeli society even now, was brought here from Europe. This month, thanks to the Ministry of Education and Gidi Orshar, it was proven again that we, the Mizrahi Jews, like the Palestinians, are victims of this pernicious idea.

Israelis wave flags on June 5, 2016 in Jerusalem's old city as they celebrate Jerusalem Day marking the city's capture in 1967 (AFP).