In this moment of turmoil, US leadership needs to get it right

Farhan Mujahid Chak
From democratic rollbacks to the Covid-19 pandemic, a variety of threats could derail efforts towards international peace and security 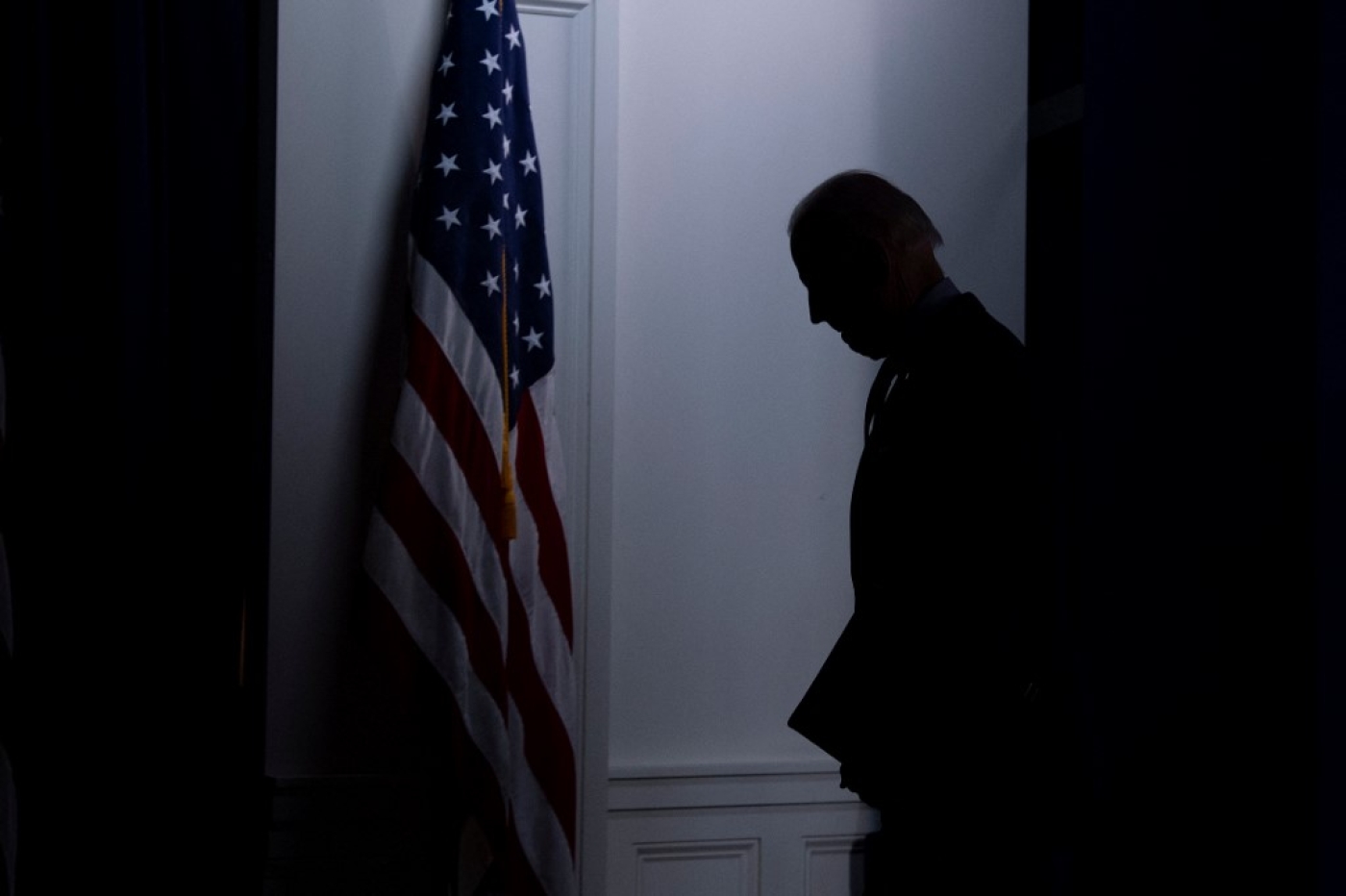 "Nothing is more wonderful than the art of being free, but nothing is harder to learn how to use than freedom," wrote Alexis de Tocqueville in his inspiring book Democracy in America.

Indeed, that balancing act is no easy feat. Now, as US President Joe Biden firms his political footing, he needs to carefully consider this if he ever hopes to seize the opportunity to reposition his country as the leading world power.

At the heart of great American power is not only freedom and individualism, but the conviction that all people are equal - not confined or belittled by race, religion, gender or social status. Freedom, equality and individualism cultivate the social context that encourages both creativity and connectivity, motivating people to make open, welcoming spaces where all can freely interact.

It is this mindset that the US needs to cultivate, not just to reconcile its own culture wars, but to bring the world back from the disastrous precipice upon which it stands. And this must be done right. If it is, Biden could reclaim the country's global leadership and confront the world's five most serious challenges, namely: alt-right extremism; democratic rollbacks and disregard for multilateral organisations; the Covid-19 pandemic; worldwide economic contraction; and climate change.

Each of these threats could derail efforts towards international peace and security and must be tackled by inclusion, compromise and power-sharing. Unfortunately, there are false equivalencies tempting Biden otherwise.

Does he betray democratic US values by embracing unrepresentative, authoritarian dictatorships, and sideline allies such as Turkey for political expediency? Will he stand by the principles of human rights, or turn a blind eye to war crimes in the disputed territory of Jammu and Kashmir, while cynically focusing on efforts to contain China?

At this moment of turmoil, what the US - and the world - need most is for the American leadership to get it right.

The US is still healing from the fallout of the Trump presidency. Divisive, racist, misogynistic - these are words that productive members of American civil society have used to describe former president Donald Trump's tenure. He toots his own horn, derisively lambasts his opponents - even those with disabilities - and resorts to immature name-calling, like a schoolyard bully.

Trump is lurid, cocky, obnoxious and in-your-face. His speeches tend to be littered with positive buzzwords and phrases: "winner," "success" and "make America great again" - all demonstrably devoid of substance. Yet, liberal Americans' revulsion towards all things Trump have blinded many into not recognising their own collusion and complicity in fuelling the alt-right extremist juggernaut.

Americans are intensely aware of how hypocritical and divisive their society has become, and they hate it. Americans, more than anything else, do not want more of the same; many are anti-establishment and fume at political correctness. Trump tapped into that frustration to energise the alt-right and other extremist ideologies that shamelessly targeted women, minorities and people of colour at a level hitherto not witnessed.

Trump also emboldened extremists throughout the world, including in India. Now, Biden needs to reach out to all disenfranchised segments of society to build cohesion through inclusion, which annihilates the lure of the alt-right.

There has also in recent years been a serious erosion of democratic institutions and a rejection of multilateralism the world over. Biden needs to position himself as consistently supporting the democratic ethos both at home and abroad. He needs to engage with China and develop a workable solution to their serious disagreements. He must call out Hindutva fascism, settler-colonialism and human rights violations in Kashmir and elsewhere.

Leading from the front

Biden should work with Qatar and Turkey, and more closely align US foreign policy to represent the sentiments of peoples in the Middle East. Especially now, when the coronavirus pandemic is re-emerging in ever more deadly forms, the US needs to rebuild social trust and re-engage with its partners, setting the tone for a renewed commitment to multilateral organisations.

Perhaps this is the desperate reset that humanity needs - a jolt so severe that it shakes us all back to our senses. 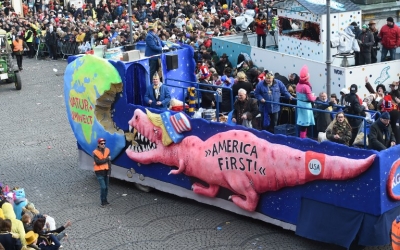 Making things worse, however, global economic contraction will likely significantly decrease living standards around the world, pushing "millions out of the global middle class and swelling the ranks of the poor," according to a report from the Pew Research Center.

All of this is further compounded by the global threat of climate change. Granted, Biden's giant American Jobs Plan seems tailored to environmentalists, with vast investments in electric vehicles and large tax incentives for renewable energy. His initiatives would create "a Civilian Climate Corps, putting young Americans on the front lines of enhancing resilience and conserving public lands for the first time," notes an article in Al Jazeera. But considering the magnitude of the global crisis, this is likely not enough.

At this critical juncture, the US needs to lead from the front. Even now, the shape of American diplomacy impacts the rest of the world. Biden must rejuvenate civil society and set the parameters for win-win global partnerships. He must stand firm against those who disregard international law.

At all costs, the US must endeavour to roll back those blinkered sentiments that leave people, as de Tocqueville says, "unconcerned with the fortunes of their village, the safety of their streets, the fate of their church and its vestry... When a nation has reached this point, it must either change its laws and mores or perish, for the well of public virtue has run dry: in such a place one no longer finds citizens but only subjects." 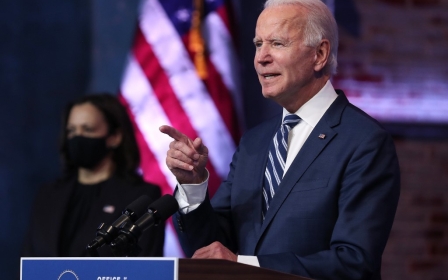 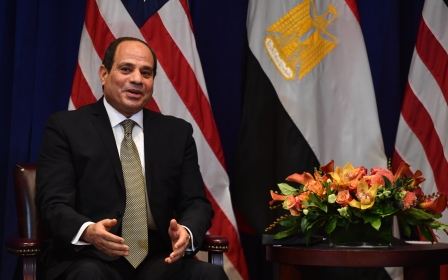 Arab Spring
Democracy triumphs in America. Now the US must support it in the Arab world
David Hearst 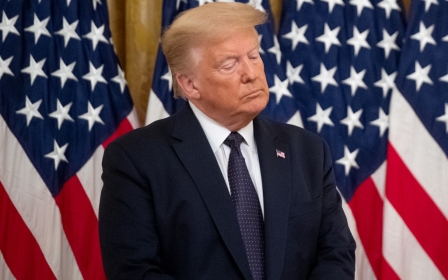