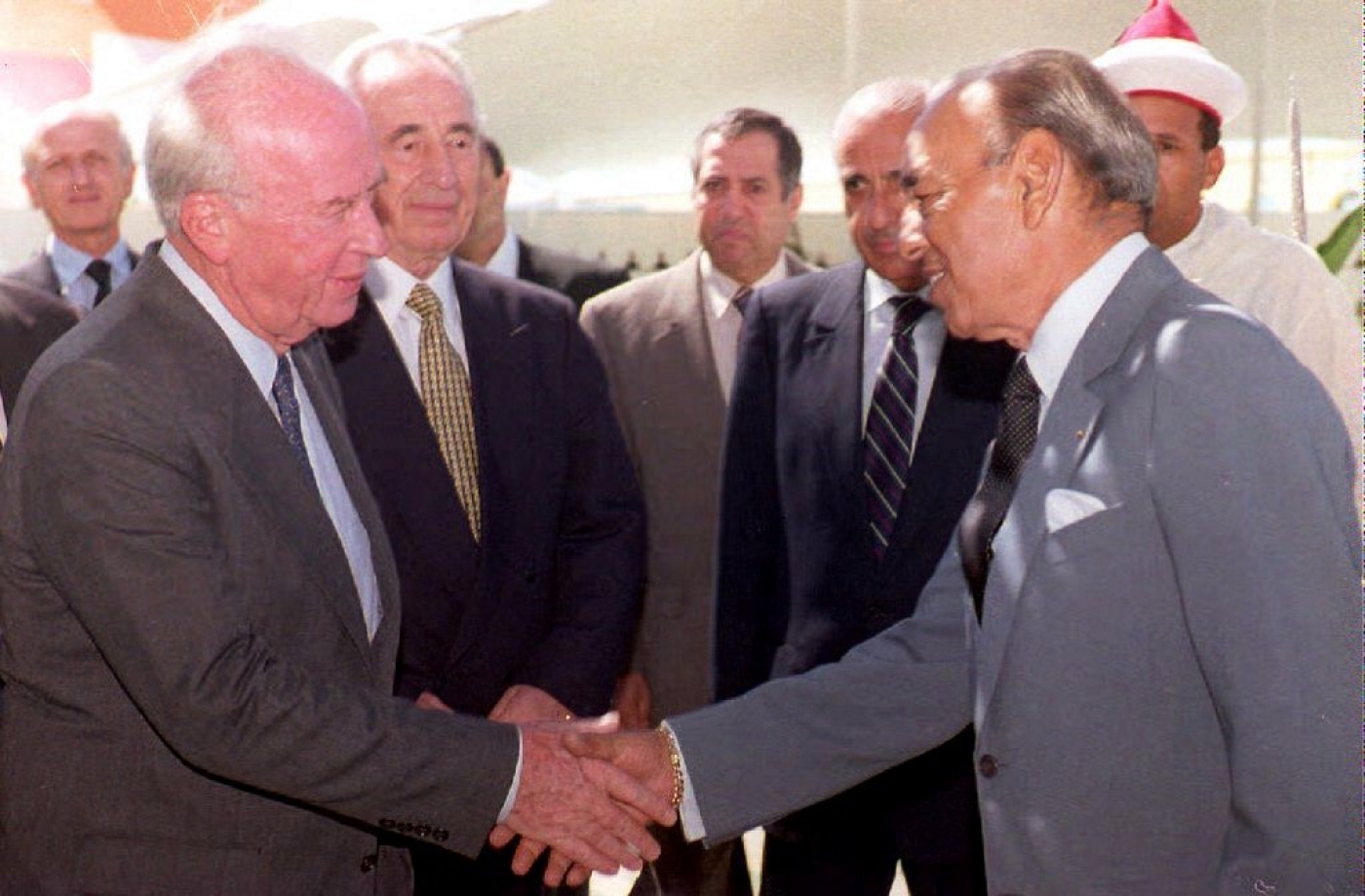 Referring to the US-brokered deal to normalise ties between Morocco and Israel, US President Donald Trump tweeted that it was "another HISTORIC breakthrough... a massive breakthrough for peace in the Middle East!"

Such self-congratulatory blather is hardly surprising, given the utter cluelessness of a man who was hardly likely to have been able to find Western Sahara on a world map a few weeks earlier.

But for King Mohammed VI of Morocco to break the news to Palestinian President Mahmoud Abbas, while reiterating Morocco's commitment to the two-state solution and to negotiations between Palestinians and Israelis as the only way to resolve the conflict, is cynical beyond belief.

Jumping on the bandwagon

After the United Arab Emirates, Bahrain and Sudan, Morocco has become the fourth Arab nation to sign an agreement with Israel - and to formally sacrifice the Palestinian cause on the altar of self-interest.

The list of Arab governments ready to jump on the normalisation bandwagon is likely to grow, with Saudi Arabia being a prime contender. In November, Israeli Prime Minister Benjamin Netanyahu and Mossad chief Yossi Cohen reportedly flew to Neom, a city on the Red Sea in northern Saudi Arabia, to attend a "secret meeting" with Crown Prince Mohammed bin Salman and US Secretary of State Mike Pompeo.

Though Saudi Foreign Minister Prince Faisal bin Farhan has insisted that any renewed diplomatic relations with Israel would be contingent on securing a legitimate Palestinian state, it is likely that Saudi authorities, too, will in due course betray the Palestinian cause for the sake of hypothetical national gains. The formalisation of Saudi-Israeli relations is thus merely a matter of time.

In addition, despite international condemnation of the Israel-Morocco agreement, the US acquiescence to Morocco's annexation of the Western Sahara could encourage leaders in Europe and Africa to follow suit, further undermining the right of the Sahrawis to self-determination, as guaranteed by the United Nations.

But behind the announcement of what appears to be a major geopolitical shift lie decades of close, covert cooperation between Israel and Morocco. Indeed, the Israeli victory over Arab troops during the Six-Day War in 1967 was due, in part, to the betrayal of King Hassan II of Morocco. In 1965, when Arab leaders met in Morocco to discuss relations with Israel, Hassan II recorded the talks and passed them on to the Mossad, according to the Times of Israel.

On the basis of these recordings and other intelligence, Israeli forces launched a preemptive attack on 5 June 1967, bombing Egyptian airfields and virtually paralysing Egypt's capacity to respond. The rest, as we know, is history: Israeli forces would capture the Gaza Strip, the West Bank, East Jerusalem, the Golan Heights and the Sinai Peninsula.

This was by no means the end of the Moroccan-Israeli intelligence connection. In 1976, during his first term as prime minister, Yitzhak Rabin is said to have met in secret with Hassan II, wearing a wig, a moustache and fake glasses. The following year, Hassan II acted as an intermediary when Egyptian president Anwar Sadat and Israeli prime minister Menachem Begin met in Jerusalem, prior to the Camp David Accords of 1978.

Later, in 1993, after signing the Oslo Accords in Washington, Rabin stopped off in Morocco to discuss the countries' future diplomatic relations. Morocco even opened a liaison office in Tel Aviv in 1994, which was closed in 2002 amid the Second Intifada.

In 1999, Ehud Barak, then Israel's prime minister, notably figured among the many heads of state attending the funeral of Hassan II.

PJD in an awkward position

It would appear that the Moroccan government is betting on nationalist feelings over the Western Sahara issue outweighing those of solidarity with Palestinians. But the road to normalised Moroccan-Israeli ties will be fraught with obstacles. A thaw between the two countries may be in the offing, but Moroccan opposition parties and human rights advocates are having no part of it, calling the accord a betrayal of Morocco's historic commitment to the people of Palestine in the face of Israeli crimes. 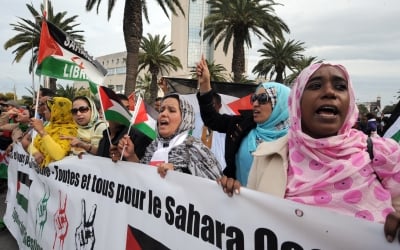 The announcement of normalised ties also places Morocco's executive co-ruling party, the Islamist Justice and Development Party (PJD), in an awkward position. In a carefully worded statement, the party welcomed the US recognition of Morocco's claim to sovereignty over the Western Sahara, while reiterating the PJD's firm position "against the Zionist occupation and crimes committed against the Palestinian people".

The statement does not mention the reestablishment of diplomatic relations between Morocco and Israel, the PJD leadership knowing full well that anti-Israeli sentiment runs deep within its base.

In August, Rabat had already voiced its refusal to normalise relations with Israel in any way "because this will embolden further violations of the rights of the Palestinian people". King Mohammed VI may thus have to navigate choppy waters in the coming weeks, with the situation liable to exacerbate socioeconomic tensions.

Though much ink has been spilled discussing it, the deal itself has no legal standing. The position of UN Secretary-General Antonio Guterres on the Western Sahara remains "unchanged," with a solution relying not on the recognition of individual states but on the implementation of Security Council resolutions.

That said, the UN is largely responsible for the regional deterioration and failure to resolve the conflict. The UN-brokered ceasefire between Morocco and the Polisario Front came into effect in 1991. Since then, the situation has been at a standstill. Some Security Council members, including France, have allowed the situation to fester, preferring the more comfortable status quo.

Paris has been a steadfast ally for Rabat, but it needs to abandon its ostrich policy on the Western Sahara and the greater Maghreb-Sahel region, or it may well compromise French interests in the region. But change requires a long-term geostrategic vision.

The consequences of what Belgian Member of the European Parliament Marie Arena calls an "agreement between colonists" will be devastating for the region. This is where the real danger lies, particularly with Israel and the UAE gaining regional footholds. While Morocco may benefit from Israel's military and intelligence cooperation, together with the 10-year agreement it signed with the US, it has indebted itself to these countries going forward.

Meanwhile, the UAE will be stepping up actions in the Maghreb and the Sahel, as it has in Libya, further destabilising the already troubled region. This is not to mention the fact that Russia - with Israel and the US supplying technology and military capabilities to Morocco - could ultimately be driven to take a more active role in the region.

The absence of the African Union (AU) must also be addressed when analysing the Western Sahara conflict and the repercussions of recent events. The AU needs to take a firmer stand, beyond drafting sterile communiques condemning Rabat while hiding behind the UN's alleged responsibility. Today, African stability is blatantly tossed aside in favour of short-term economic gains offered by Rabat

By skilfully steering US diplomatic efforts, Israel is putting its pawns in place across the region

It is thus crucial for Algiers to review its Africa policy as a whole, but also the toxic relations it has maintained with Paris since 1962. For while France has not openly applauded Washington's decision, the fact remains that its harmful role in the Western Sahara conflict has fuelled the region's instability for decades.

There might well be one thing that the Morocco-Israel agreement has achieved: it has rekindled international interest in the Western Sahara issue and sounded the alarm on the plight of the Sahrawi people under Moroccan occupation.

More importantly, it has fully exposed Israel's geostrategic intentions in West Africa and the Sahel. By skilfully steering US diplomatic efforts, Israel is putting its pawns in place across the region, from Abu Dhabi to the Atlantic coast. 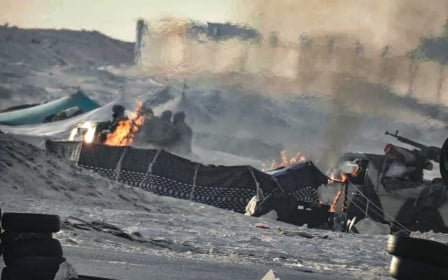 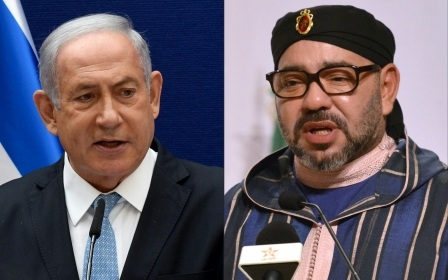